One has to write forgiveness letters to GSS 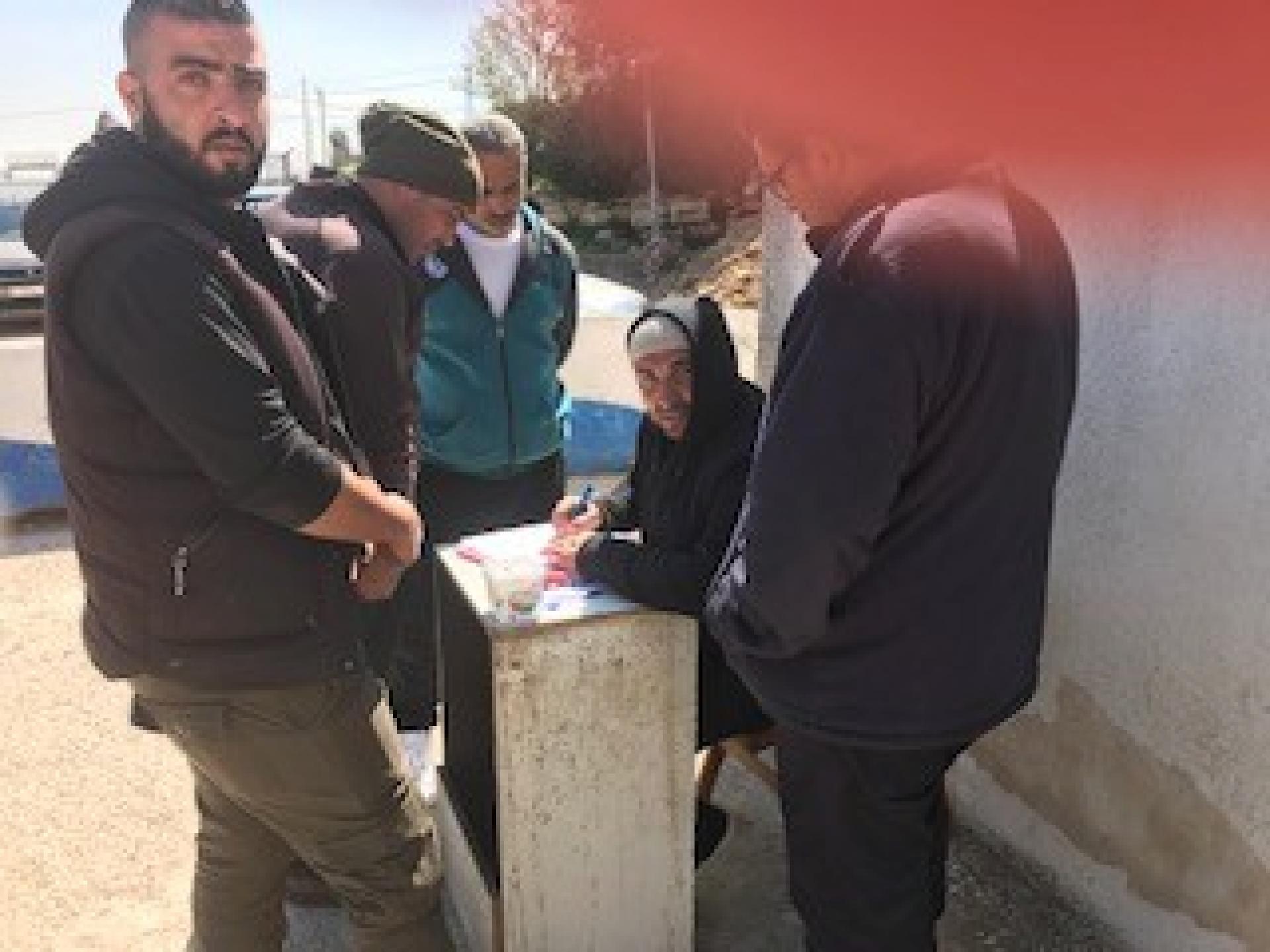 An improvised office in the passage, writing remittal letters
Photographer:
Ora A.

One has to write forgiveness letters to GSS

10:30 lots of cars filled the parking and lots of people filled DCL, since they closed Hebron’s DCL for three months for renovations (beautify the occupation). People complained bitterly that new procedures for prevention removal (prevention of entering Israel by GSS) were instituted. They were told that in order to remove prevention they need to bring an identity card, a magnetic card, a letter from an employer who wants to hire them and a request for forgiveness (for crimes allegedly committed!). Someone set up an "office" and writes letters of forgiveness for those interested. They brought the documents to DCL’s window, but they refused to accept them. They were told that a new procedure was introduced: documents can be submitted only by e-mail or through the Palestinian DCL.

We met crowds of people who had working permits and suddenly became GSS prevented, and now, they cannot get permits to work in Israel. We met a merchant who brings to the West Bank wheat and other goods in the amount of half a million shekel per year. He is equipped with all the necessary approvals. For six years he had "a merchant permit", but suddenly he found out he is "GSS prevented" and of course he was deprived of the possibility to enter Israel. His goods were left in the port and he must pay $31 for each ton that is stored at the harbor. A streaming flood of rage and despair burst out of his mouth.

A man who said he deals with caravans with toilets, used by Palestinians in the West Bank, complained that one of his trailers was confiscated, claiming that he had no documents allowing him to "use the plumbing," despite the fact that he had no plumbing.