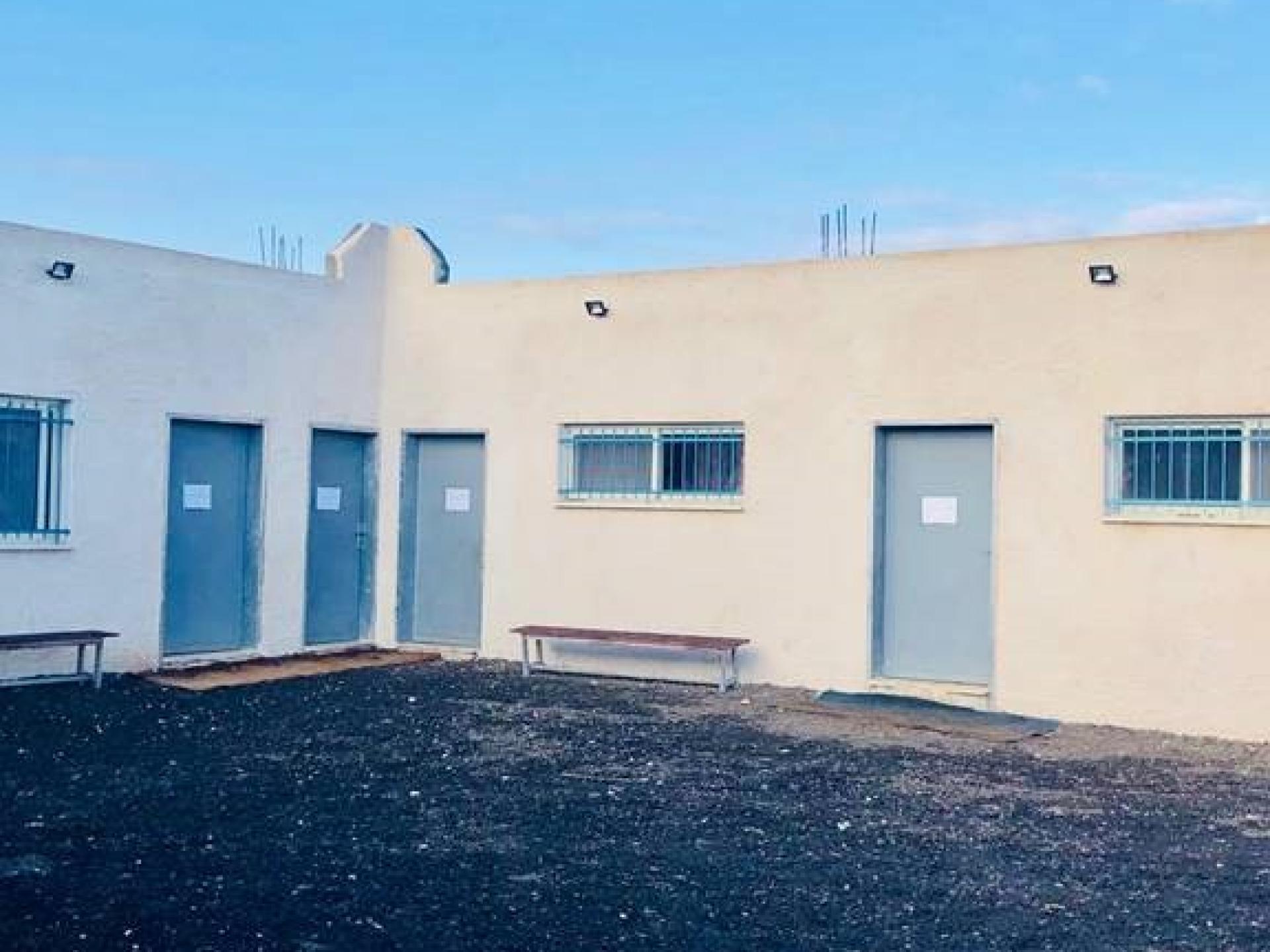 The new school in Daher el-Malec, near the Tura checkpoint.
Photographer:
Hanna Heler

In the upper parking lot (in the area of the Seamline Zone), cars are waiting for passengers who come in slowly.  The lower parking lot, in the West Bank, is also empty, in comparison with the past. From time to time a car arrives, workers get out, and enter the large accessorized terminal immediately.  Inside, a guard and four manned windows – everyone is so bored from lack of activity that this boredom brings them to talk, even with us, about the emptiness of the checkpoint.  The workers who pass through at this hour work in Harish and in the Seamline Zone.  They told us that there are now about 20 factories in Shahak (the industrial area of the Seamline Zone, next to the settlement of Shaked). The employers are residents of the West Bank.  The owner of the kiosk situated in the middle of the pedestrians pathway from the terminal is also bored. He converses with his only customer (a Palestinian) about the coming holiday of Purim…

The soldiers and the representative of the District Coordination Office are already here, pointing their guns at the correct angle, and they open the checkpoint at 06:35.  Those who pass through enter in groups of three and the inspection is quick, with no problems. Thirty-five people (among them two women and a child), three tractors, and one donkey pass through. One of the people, who has already passed through, returns with a plastic bag that had been on one of the tractors.  It turned out that the bag contained a dairy product which was banned from passing through this checkpoint. (Is this one of the products that need to be coordinated?)

On our way to the Tura Checkpoint, we entered the village of Daher-el-Malec, where we received a briefing on the achievement of the new school by a proud resident. The school was established by a Palestinian initiative, which encourages the building of a school in all the villages.  The school was established with the permission of the Civil Administration and was built after continuous negotiations.  Not long ago, people from the District Coordination Office visited and inspected the school (and not as I wrote erroneously in a previous report). There are a nursery and six classrooms; the teachers come from Jenin.  At present, about 50 children study here.  The guide tells us that now they have to set up the courtyard.  To continue their studies the pupils go to schools in Tura, Umm Reihan or Jenin.

The checkpoint is functioning normally.  We are told that it opened at 06:30 and most of the workers had already passed through.  Now only a few cars and several people pass through in both directions, to the school in Tura (middle school students).  A few female students from Daher-el Malec pass through.