Neither of us had ever been to Qafin, so we arranged a meeting at the municipality.

We stopped first in ‘Azzun to deliver parcels to the shop.

Then we drove north to Qafin.

Four Palestinian employees participated in the meeting.  One spoke Hebrew.

In the past they received 2,500-3,000 crossing permits to their lands.  Recently things have become worse.

The residents have land ownership documents, but none of them are registered in the tabu.  Most of the landowners have died and their heirs worked the lands for years.  Today they’re being required to survey the lands and divide them among the heirs, which they’re unable to do because of the cost and because many live abroad.  Their great fear is that the lands will be categorized as state land.

Grandchildren and workers aren’t allowed to renew their permits.

Abu Sa’id has been handling permits for eleven years.  He says “they’re his baby

.”  He shows us well-organized stacks of applications, bundled in plastic envelopes.  He presents applications that have been denied, signed by Eyal from the DCL.  He denies them because of trivial errors, which didn’t happen in the past.

Since the beginning of 2018, only about 30 people have received permits.  The few whose permits from last year are still valid go through the checkpoint.  If, during the same period last year, 800 people crossed every morning, today only 20-30 go through.  The checkpoint opens three days a week, Sunday, Tuesday and Thursday, three times a day for only 15 minutes each.

People with less than 350 square meters of land were told they won’t receive a permit.

About 1000 people work in Israel.  They cross through the Irtach checkpoint, or Barta’a north.

Dany, the new commander, arrived at the Qafin checkpoint one morning and conducted inspections personally.  It took three hours for everyone to go through…he laughs.

Last week three young men jumped over the fence, were caught and jailed.  The following day they were released.

They know about Sylvia and her associates, and are grateful for their work.  She’s helped many people.  They’re also in contact with Ni’aya, from the Moked.

The army comes occasionally, as it does to every village, and youths throw rocks.  But it’s usually pretty quiet.  Many people are blacklisted, some from the first intifada.  He jokes that youths who were blacklisted years ago for throwing rocks now have adult children, and they’re still blacklisted.

We parted and drove to see the Qafin checkpoint – 436. 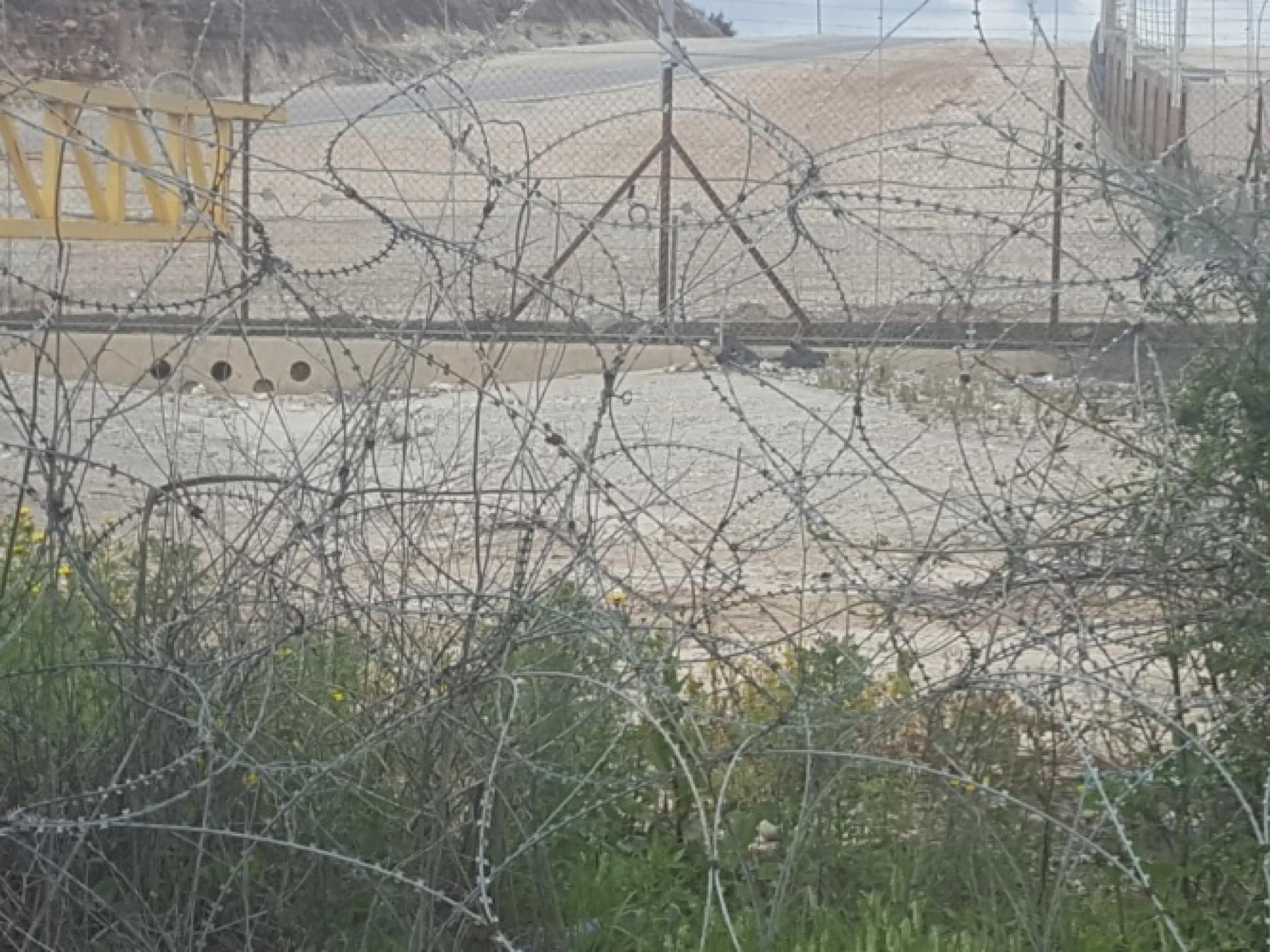 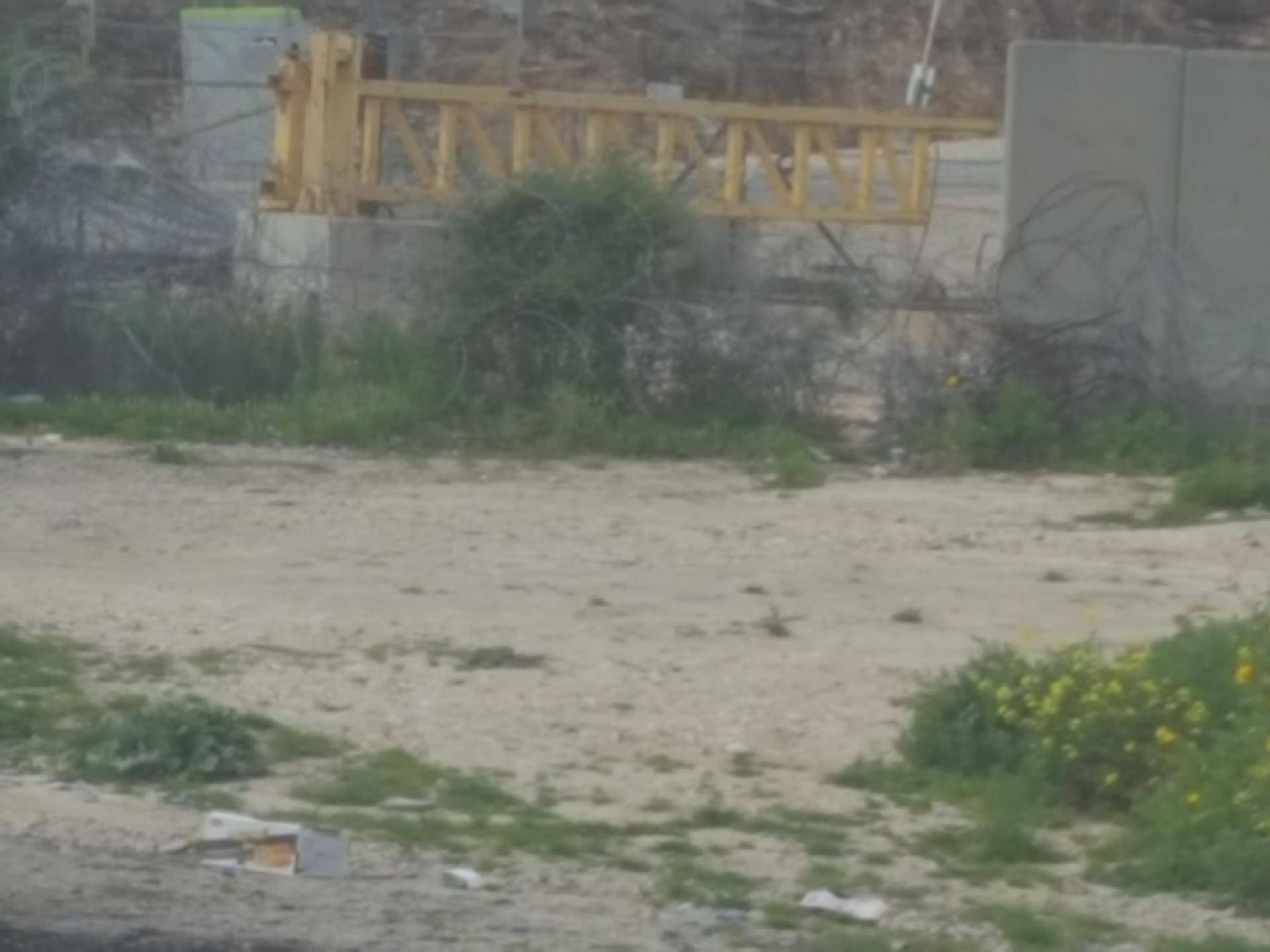 15:15  We stopped to see what’s new in Shufa.  We remembered huge concrete cubes blocking the passage of vehicles between the two halves of the village, allowing through only people on foot or on donkeys.

We were astounded to see a fenced guard tower with an orange barrier that was open.  Two soldiers asked us to leave because they were looking for a suspicious vehicle.  We left. 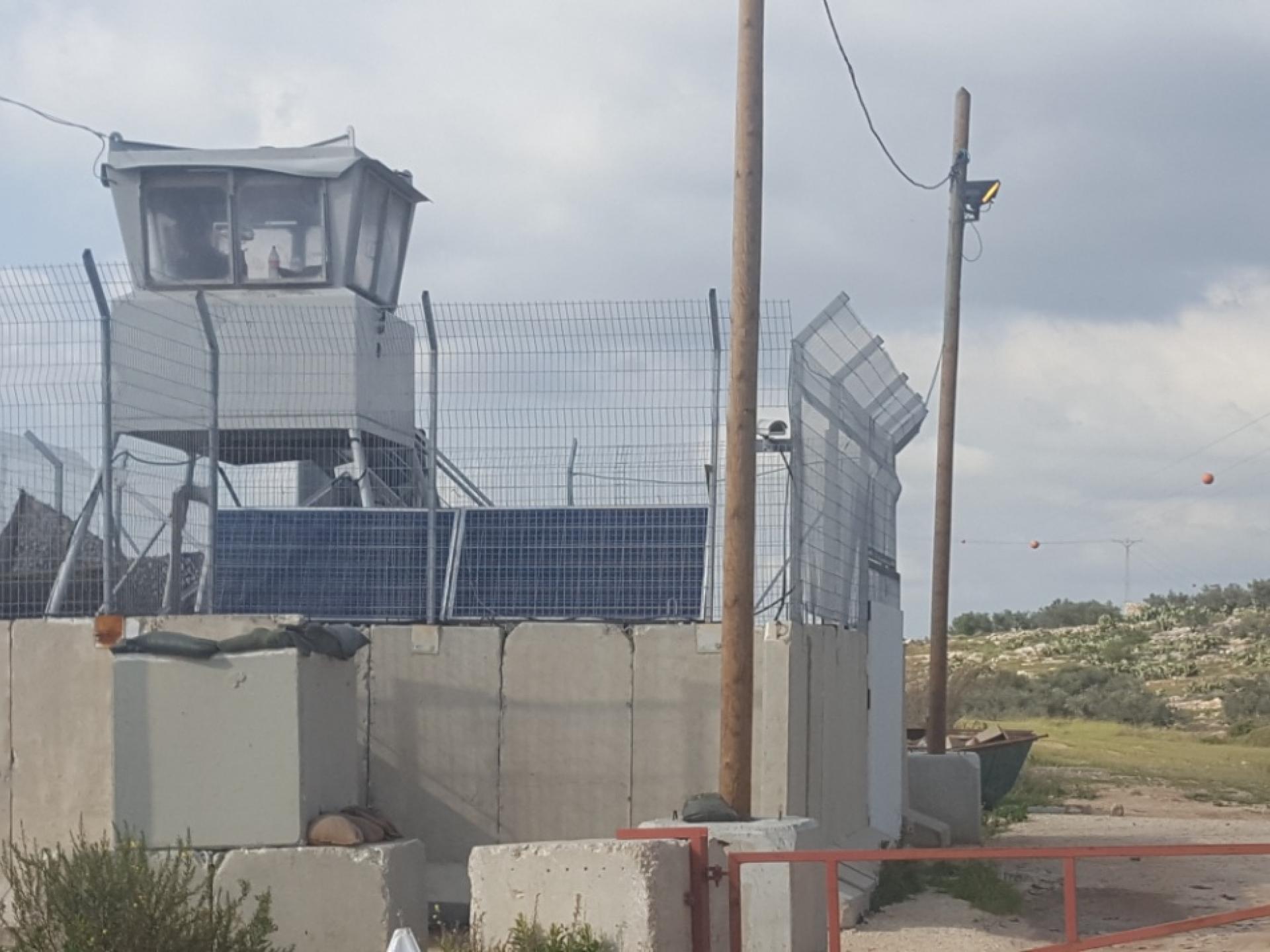 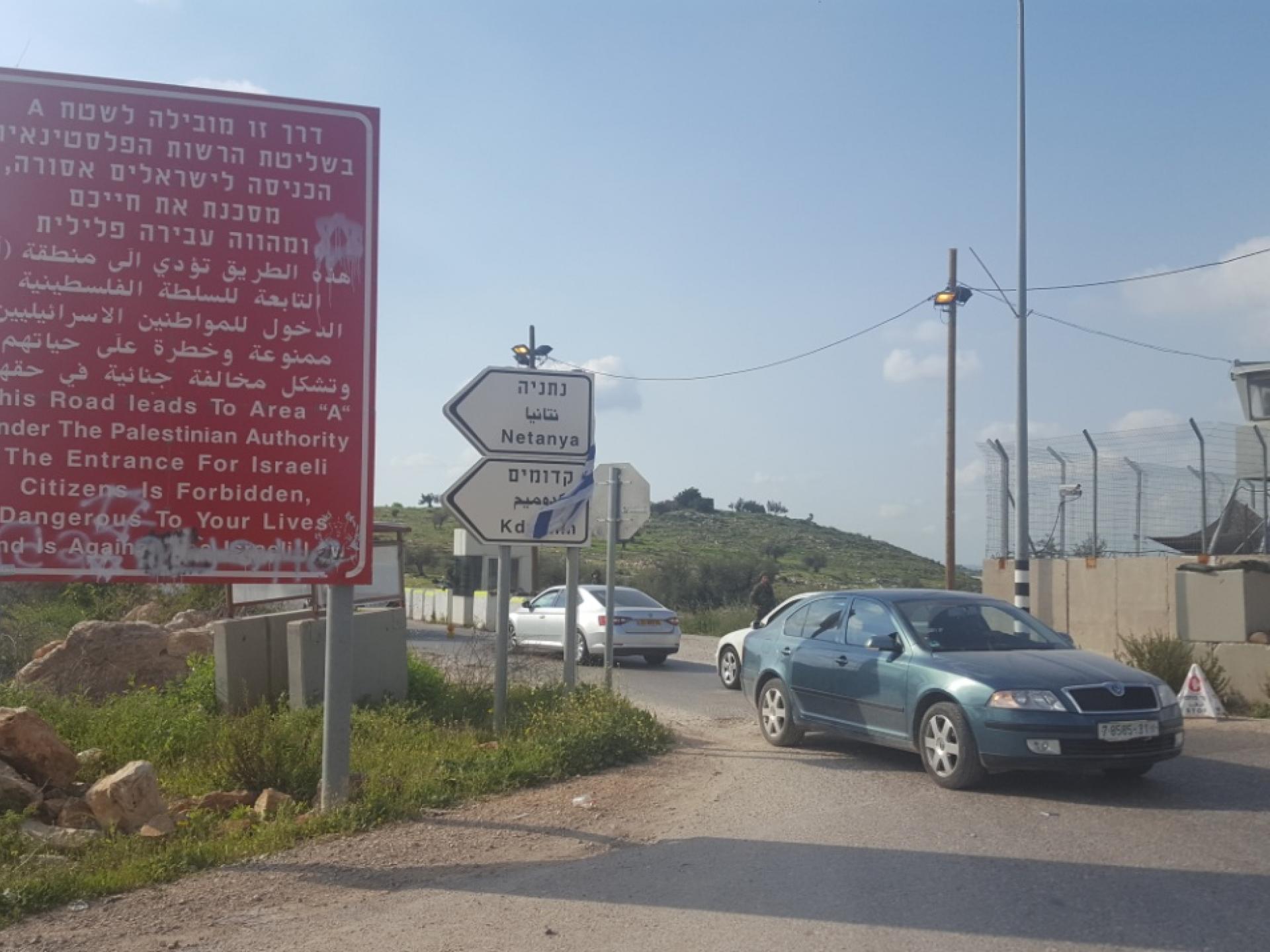