The only thing that lit up this day with a ray of humanity was when Bruce went to the café to bring the people a photo he had taken and said he had not expected people to react with such pleasure as they did.

But already at the entrance next to the bus station the shouts, the howling, the frenzy could already be heard very clearly and we did not need to actually see the workers to know that it was a very bad day. It is hard to find new words or descriptions for the scenes we saw during the morning and which others have seen in the past months. I feel also in some way that it is pointless as the last weeks don’t seem to have an effect on authorities. The area inside at the windows was already packed with men. I am not sure as I think that somehow the whole scene had impacted on me that I did not check if all the windows were open. Certainly later on the 5th was not. The lines had already collapsed when we arrived and men were milling around most with blank faces showing no emotion, not of anger, certainly not of hope and as if they were trying to distance themselves from the whole scene. Someone should tell the superior young soldier who told me that they were animals

that it we who are the beasts to bring them to such despair.

Again and again I was asked by the Palestinians why we bothered to come and again and again and there is no improvement. In fact the opposite. I asked if the Palestinians thought it would be better that no one should see, no one should tell….or try to tell is more to the point ….the Israeli people what is being done in their name. One feels like shouting, “It there anyone out there?” I say the men were milling around but there is …again… no describing the fighting, the pushing, the violence of those trying to get into the sleeves. I was only so glad that Bruce was there and that he could photograph what my camera

could not. Also that Julie has a better camera than mine on her phone. You can see the men hanging on the fence.

Despite repeated phone calls to the DCO no soldiers or security guards were to be seen. I phoned twice and said that the situation was horrific and that at least someone should come to open the humanitarian gate. At 6.20 I was told that in 10 minutes someone would arrive. At 6.30 the gate was opened and the people poured through to the window area which was still full to overflowing.

Suddenly photographers arrived, three of them. I hoped that they were from overseas but of course this was a pipe dream. Israeli television I was told. The one came to the fence and I asked why they were photographing inside and had to come at least an hour earlier to photograph where we were. Of course I received no reply. He was interviewing the people stuffed inside the sleeve

, one on top of another. I wonder what propaganda will be made of this. Sorry if I sound cynical. I hope I will be proved wrong in their use of this material.

At one point we went out to show Judy the destruction of the parking lot and of the circle. Her reaction as she wrote to me was as follows “What I thought of all the destruction outside the checkpoint is that it serves to disrupt. The disruption is unsettling and doesn’t promote pride of ownership or any sense of value . Those forced to live that way can feel their worth diminished and indeed we look at them and say “How can they live this way.”

At 8.45 we were in line to leave when I saw a whole group of young people being turned back. I told Bruce and Julie to go as there was nothing they could do. A group of young people who all had permits to go to Tel Aviv/Jaffa for the day and who had been turned back en bloc. I was very very lucky that a man I knew came up and translated and stayed with us the entire time. It was a bit difficult to make out who was leading the group and the tour leader was not present. I phoned Hanna Barag who said that she would see what she could do. She phoned back to say that the matter was being looked into. I saw the group getting into line again and then in the hubbub lost them but I think I saw one of the young women as she went through. Also my contact and translator had disappeared so I hope that this was so. I tried to contact the guide but he has not got back to me.

I then joined the lines which again were very long. At one stage the 5th window allowed people through and then closed again which sent people scurrying this way and that to join another line. Groups of women were arriving and the lines were crowded. It took me about 20 minutes to get through. I left at 10.00. 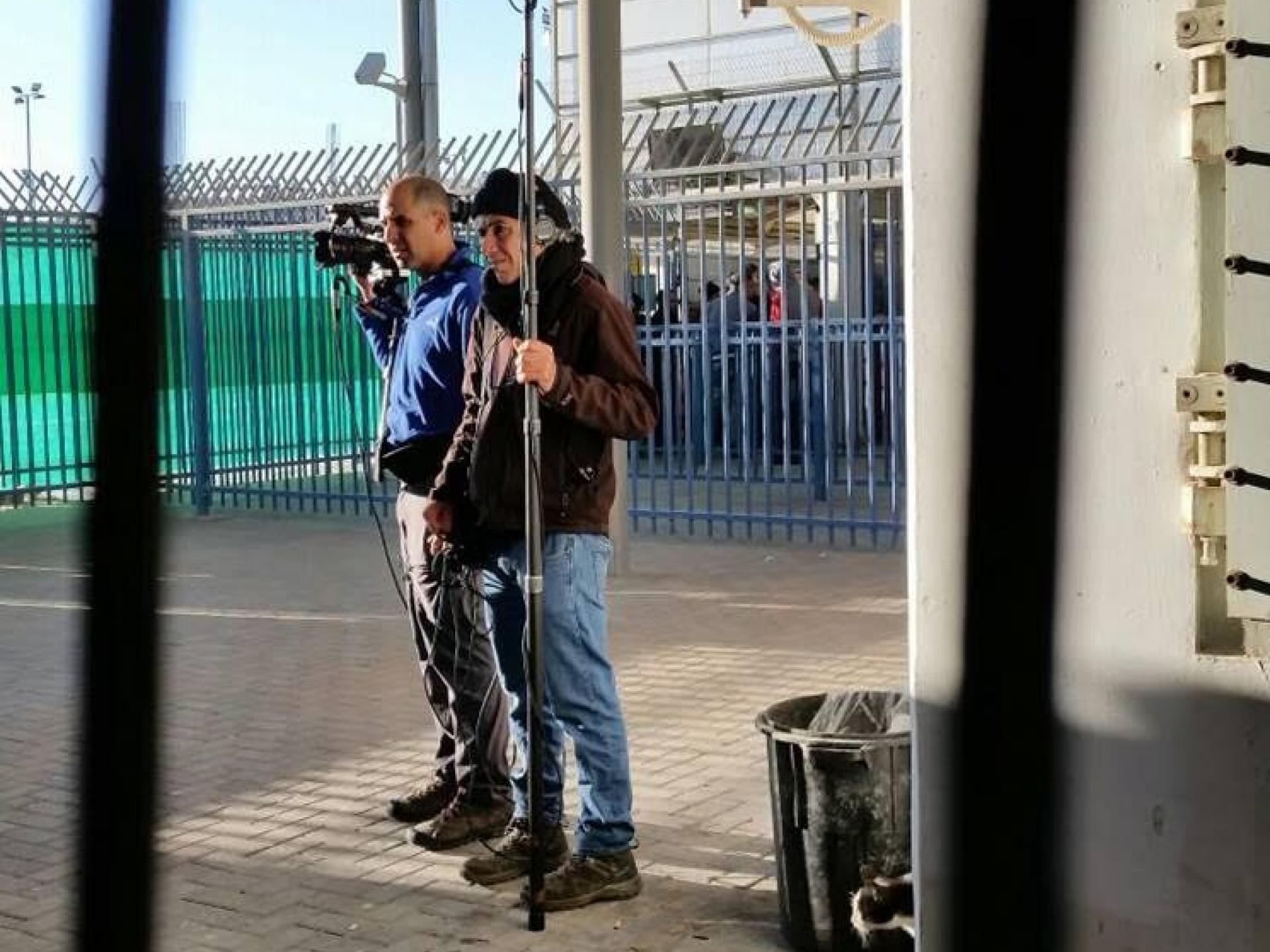