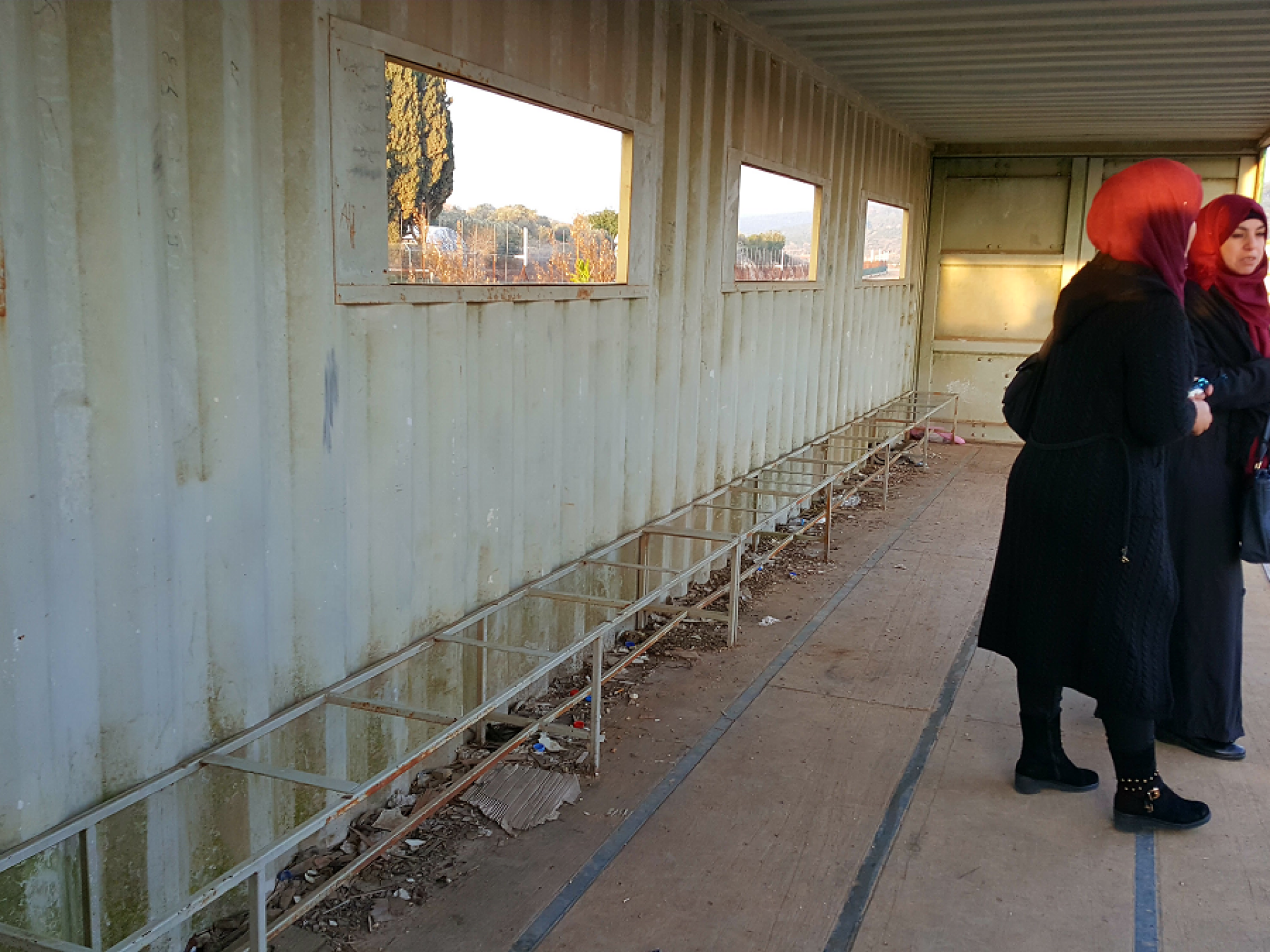 Tura Checkpoint: There is a bench but people cannot sit on it.
Photographer:
Neta Golan

The parking lot was not full yet.  Many people were arriving and entering the terminal immediately, and there was no line.  A small group of workers was not permitted to cross despite the fact that they have valid permits and work in construction in new city of Harish.  Their contractor did not coordinated the entry at this checkpoint which is not designated officialy as an entry point into Israel.  Instead they have to travel south all the way to Irtah Checkpoint (Ephraim).  The other construction workers who work in Harish cross here.  A young man has not been permitted to cross for the past four days despite the fact that he has a valid permit for the seamline zone and for entering Israel.  We gave him Sylvia's phone number.

At 06:00 the turnstile closed for a few minutes and a line immediately formed.  It disappeared again when the turnstile began operating again.  One of the drivers showed us his criminal ban preventing him from entering Israel.  He was caught in Um Al Fahem in 2015 for illegally entering Israel and driving without a license or insurance.  He paid a fine and his ban extends until April 15th, 2018.  We hoped things would work out for him.  Another young man told us that he was not permitted to cross for the last five days despite the fact that he has a valid permit.  One of the Palestinian attendants tried to help translate the conversation.

as a steady line of people walked up.  Many stopped to buy coffee and cake at the kiosk belonging to the settler from Hermesh.  It seemed we were the only ones who were not pleased at this.

There were six inspection windows operating and people were crossing quickly.

were open.  People and three vehicles were waiting to cross.  At 07:00 two women were the first to cross.  People are pleased and smiling today.  The schools are still on winter vacation, so there were no school children.

We left at 07:20.  The garbage container was emptied as usual, but the bench under the awning is still broken.  It has legs but no seat, and people cannot sit there.  (See Photo)