The journey on road 60 to .Meitar: Most of  the entrances to the villages are open. At Deir Rasah the entrance is closed. Next to the spring of Dura-el Fawwar an army vehicle and soldiers with binoculars look in that direction of the road where in previous days children had thrown stones. They are now on holiday and that is what they are busy with in the area of the sping. When we went through we did not see them.

At the entrance to Hebron at the synagogue of Hazon David which refuses to surrender again stands firm. A small plastic square is closed and there are chairs inside.

The children are  on holiday and playing in the streets. Next to Abed there are many of them and a fight breaks out. This includes beating with sticks which have been prepared before and only the owner of the neighboring shop manages to separate them by force.

The woman soldier at the post checks our driver with suspicion until she calms down.

Here we meet Araf Jaber whose trader’s license has been taken from him and not returned. He asks that Hanna Barag contacts him so as to check out what is being done about the matter

At the post of Tel Rumeida at the post of the “shooting soldier” there is now a checkpoint with a Magnetometer. 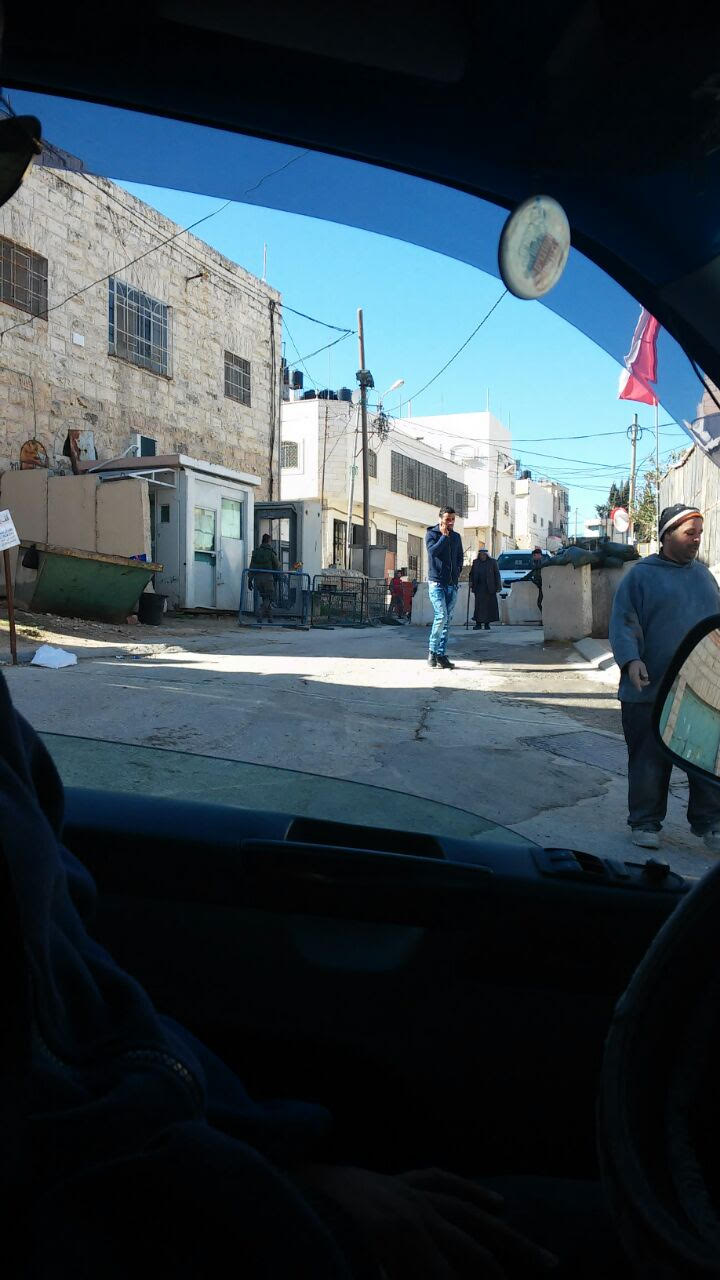 We visited the  agricultural Jaber family and were received by his bothers Juda and Yoseri, their sister and mother. It seems that the situation at the moment is calm and the problem of electricity solved. The fields and  the vineyard are cultivated. Juda is proud of the large balcony which he  built himself. On our way back we gathered radishes and turnips from the field.

The signs in the town in Hebrew and English have been much developed and there is no sign whatsoever of the Palestinian inhabitants. 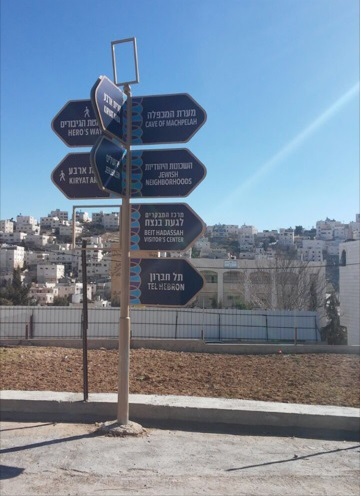