Shot to death near the fence in Anin 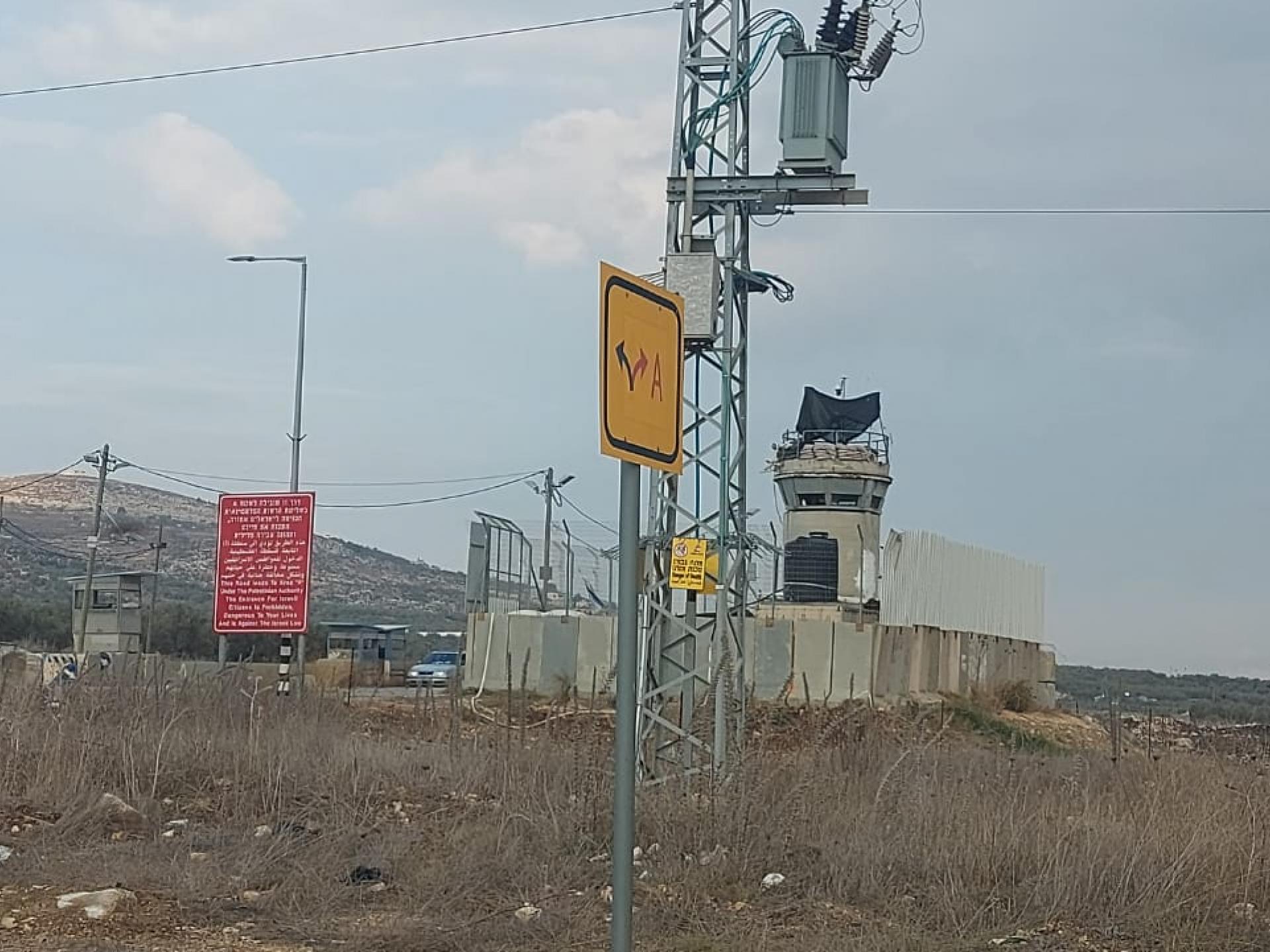 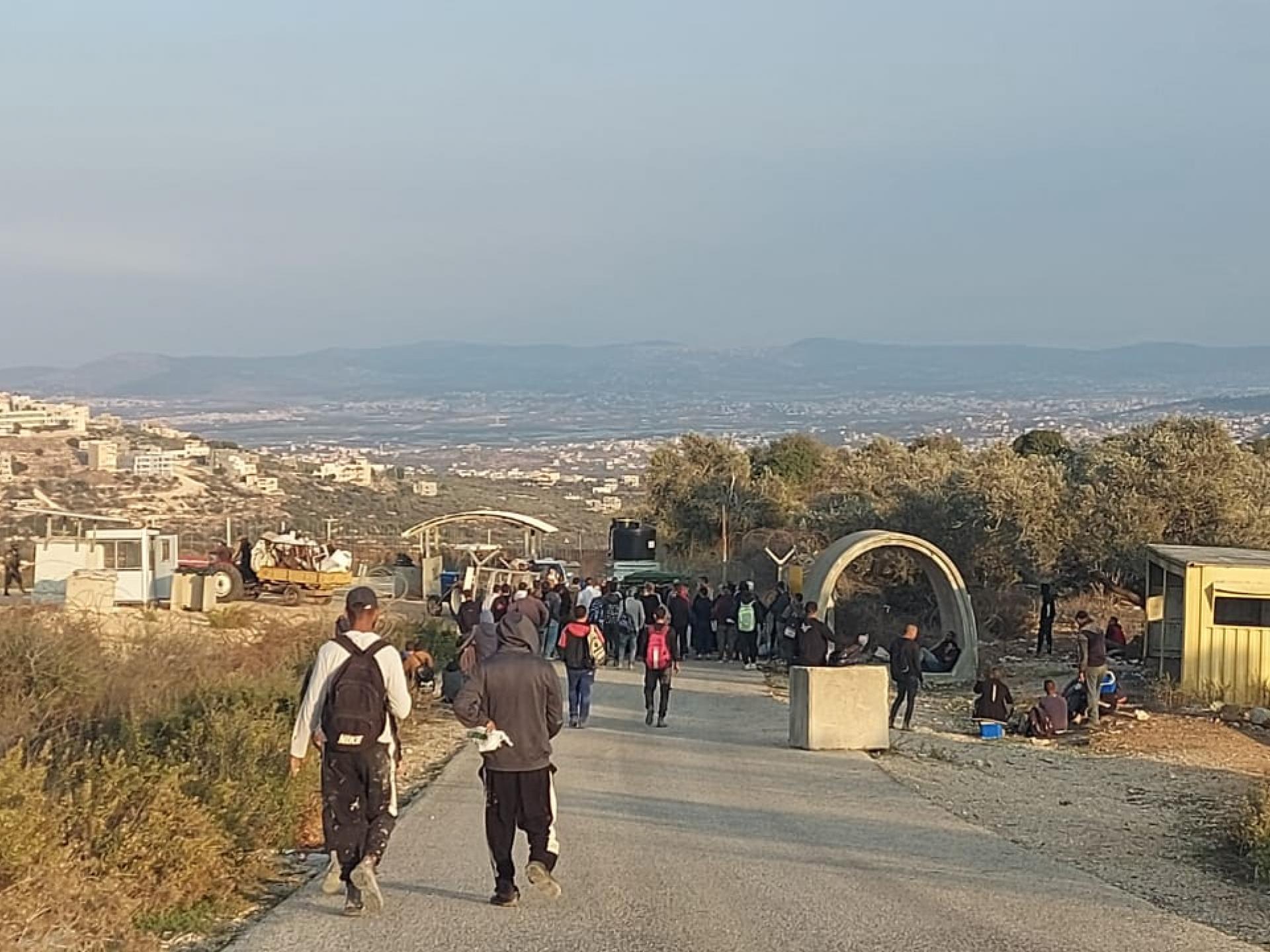 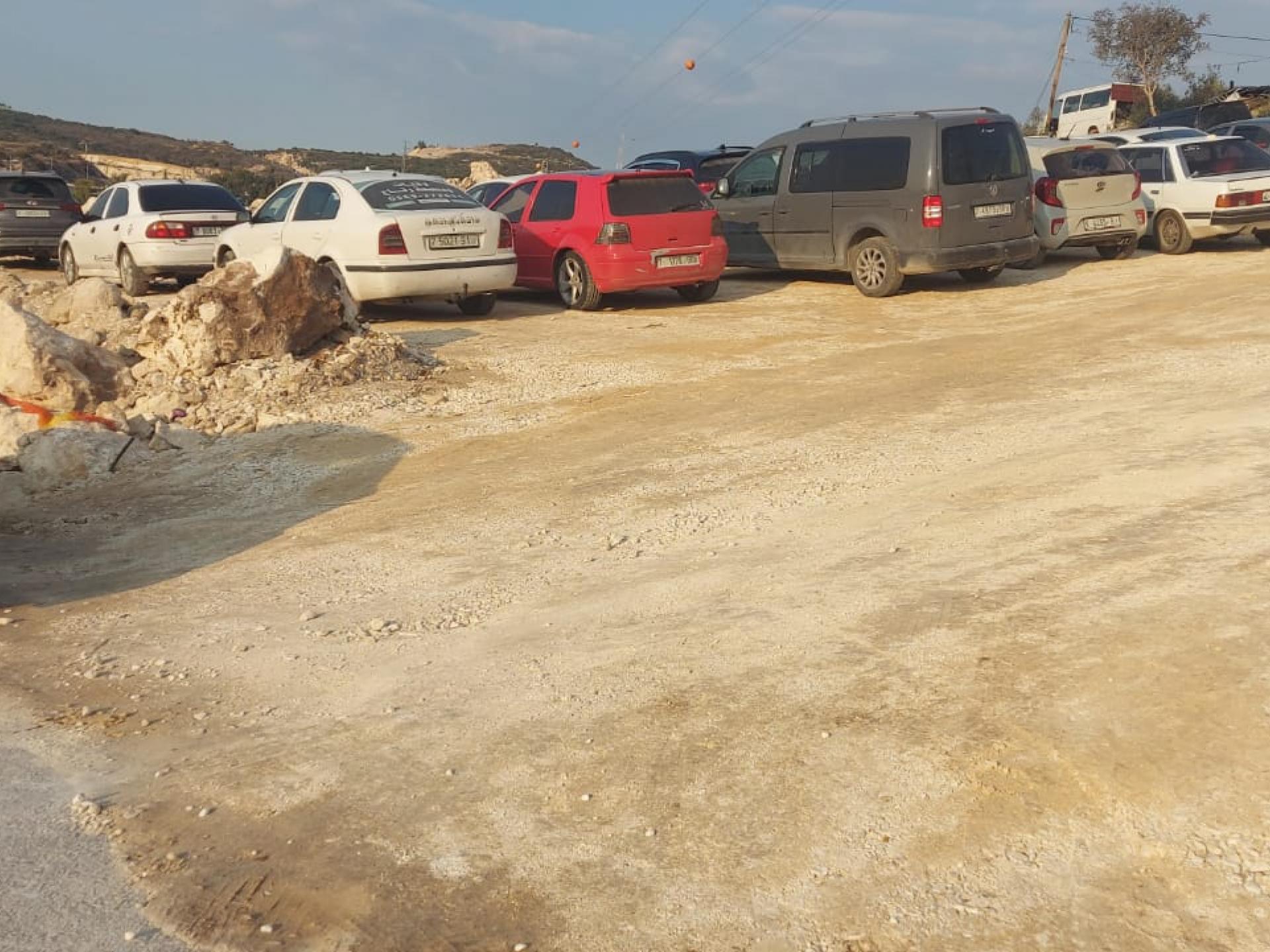 The mystery of the parking lots in Zbada 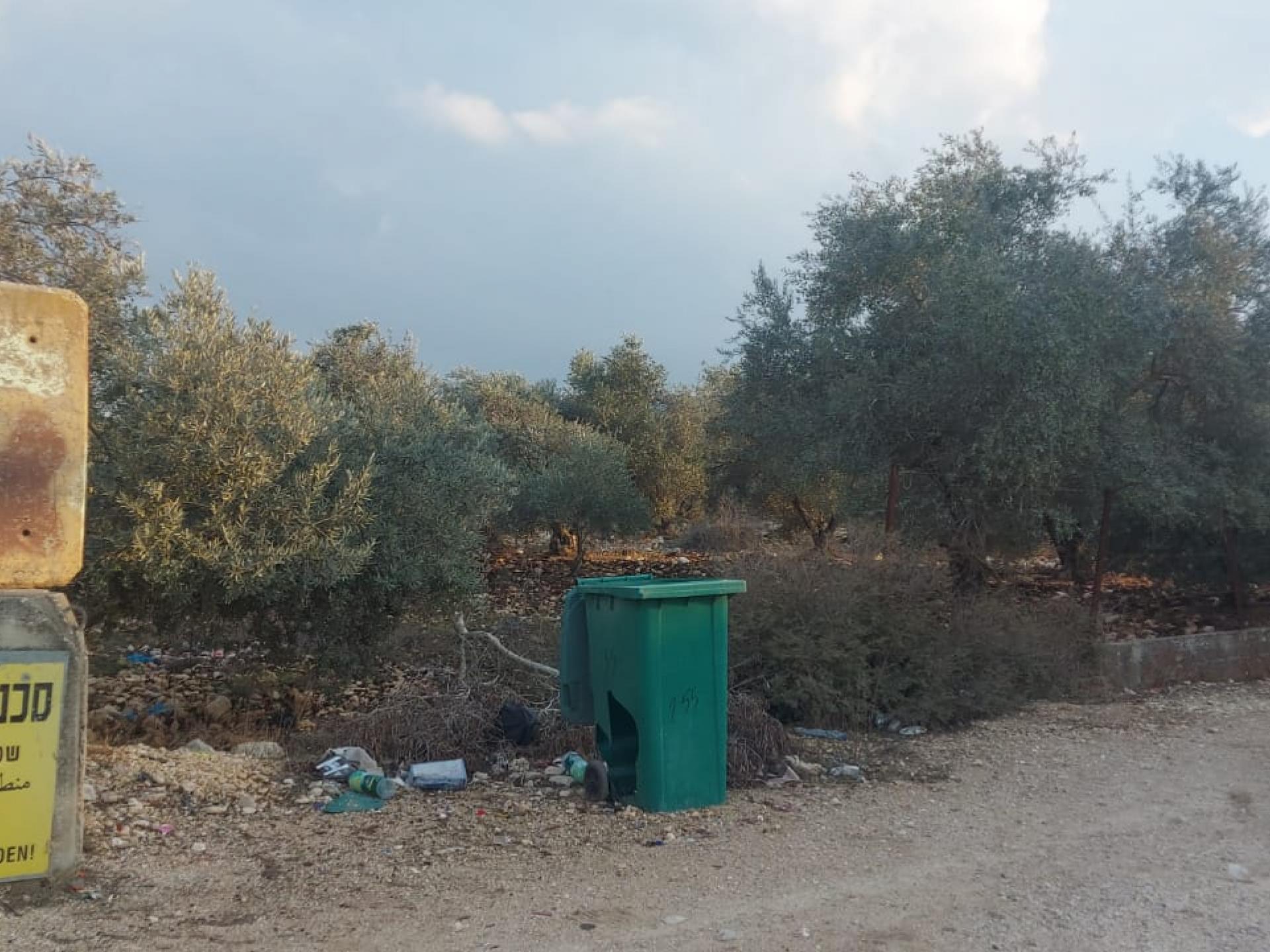 The I.D.F. killed a 29-year-old man who attempted to cross the fence near the A’anin Checkpoint.   A 27-year old man who was the son of someone who we know from A’anin, was killed while serving as an officer in the Palestinian police force.

It was cloudy, quiet, and dirty. There was light vehicle and pedestrian traffic in both directions.   A lot of workers were returning from work.  A woman with a child crossed to the West bank and another woman with three children crossed to the seamline zone and headed towards the lone house near the checkpoint.      Two soldiers with their rifles drawn approached us and asked if we were waiting for someone and returned to their post.  There were no flags in the area of the checkpoint.

At 15:00 we drove past Barta’a Checkpoint.  A few people were returning from work at this hour and trucks were waiting next to the vehicle checkpoint.   The parking lot on the Palestinian side was full, and the parking lot along Route 596 opposite Zibda was barricaded by a ditch and large stones and was empty.   Cars were parked beyond it.    It can be reached from the road through a dirt road and by crossing the bridge where the gate was halfway open.  Cars were parked in a long line on the sides of the road.

We crossed Emricha and bought ice cream at the grocery store that belongs to our friend F.  It was strange to see concrete blocks at the edge of the village with signs in three languages saying that it was a firing zone and entry was forbidden.

The checkpoint appeared ugly, unmanned, and fenced-in.  Traffic was moving undisturbed in both directions.  Two armored military vehicles going towards the settlement of Mevo Dotan stopped, the soldiers asked next to us, the soldiers asked if we were all right, and continued on.   There were no flags flying over this checkpoint either.

We drove back and passed the parking lot on the Palestinian side of Barta’a Checkpoint.   We did not go down to the terminal on the seamline zone side because we wanted to get to A’anin Checkpoint while it was still open.  We saw many workers returning from work, walking down the long fenced-in sleeve

to the terminal on their way home.

We noticed that there was no flag at this checkpoint either.  Perhaps some decision had been made.  Many people were waiting to cross back to their village at the end of their work day.  The soldiers were at their posts and crossing began.  The inspections took place next to the gate on the seamline zone side which has not been locked for several years.  One man complained that it took a long time to cross to go back home because people are checked one by one.  Another person complained that his wife had not received an agricultural permit for the olive harvest.   We gave him the phone number for the hotline for the Protection of the Individual.   We asked a Hebrew-speaking person about the Palestinian who had been killed yesterday, and he explained that it has taken place above the village near Um al Fahem.   The 29-year old had children and did not have a permit to work in Israel and had been attempting to cross to work in Um al Fahem.  The incident has been reported on the television news and in the newspaper “HaAretz”.  Why is it not possible to stop someone without killing?   We also asked about the 27-year old policeman, the son of out acquaintance M, the police officer.  The man said that the incident had occurred near the village of Silat al Kharatiyeh, northwest of Jenin.  Despite the fact that he was a relative, he did not know any other details.

Despite everything there was a warm atmosphere at the checkpoint and many people greeted us.   Rain bells were blooming next to a pile of rage that had been left there.

At 16:15 the last people crossed.  A large truck arrived and began to unload concrete blocks.  We will see where they will be placed next time.