Again, because of the Jewish holidays of Tishrei, we decided not to go to Hebron. It's not a good time to hang around for  people who care for human rights.

This time we went to visit Azzam in Susiya.

At the Meitar checkpoint, the parking lot was almost completely empty. Very few trucks. According to M., only about 20% of the workers were allowed to go to work these days.

We did not see  an army prescence on Route 60 except for the two military vehicles which were driving in front of us.

Azzam tells us about life in Susya. About the fear in the winter that the tent will not fly away, about the lack of sleep in the winter nights because of the noise of the wind and the rain, and each member of the family holds one of the tent poles so that the tent does not collapse. The neighbors who had moved away because the neighbor who lived a few meters ago now lives at a great distance because everyone has now built the tent on his own land. About life in the shadow of fear of demolition after the demolishment of their homes in 1986 and the move to their present location.

Next month there is to be a further demolition  of  their tents. Azzam tells me that if me there is a further demolition they will not move this time. According to the documents of  Ottoman times , these territories are Palestinians. They submitted requests for building permits to the authorities and were refused. Two years ago, they submitted an outline plan, and to this day they have not received an answer. According to him, the settlements Susya, Beit Yatir, Ma'on, Carmel, Avigayil, Mitzpeh Yair, are all sitting on private Palestinian lands. They appealed  to the Supreme Court, which recognized their ownership of the land, but the building permits in the territories are the responsibility of the Ministry of Defense.

I finally understood from him what the meaning is of  "state lands"  in the occupied areas which are not within the boundaries of the State of Israel. According to the Ottoman law, these are areas which can not be cultivated, such as the mountainous areas, can be taken by the state. The Israeli genius has found this loophole and thus, according to Ottoman law, it establishes settlements on "state lands," although according to the measurements they belong to the Palestinians

There is no international law and there is no human law which deals with the fact that in 1986 they are thrown out into the open without water, without electricity and without a roof over their heads. This when the electricity and water for the settlement passes 30 meters from his tent and yet  he is not allowed to drink.

And I ask: “Is this humane? Is this Zionism?” Is this Judaism? To live without a roof, without water?’

They are to be evacuated on the 10th November.

And in spite of all when we come to his tent everything is in order.

On the way back, M.'s sharp eye caught sight of the sםwing which is going on. 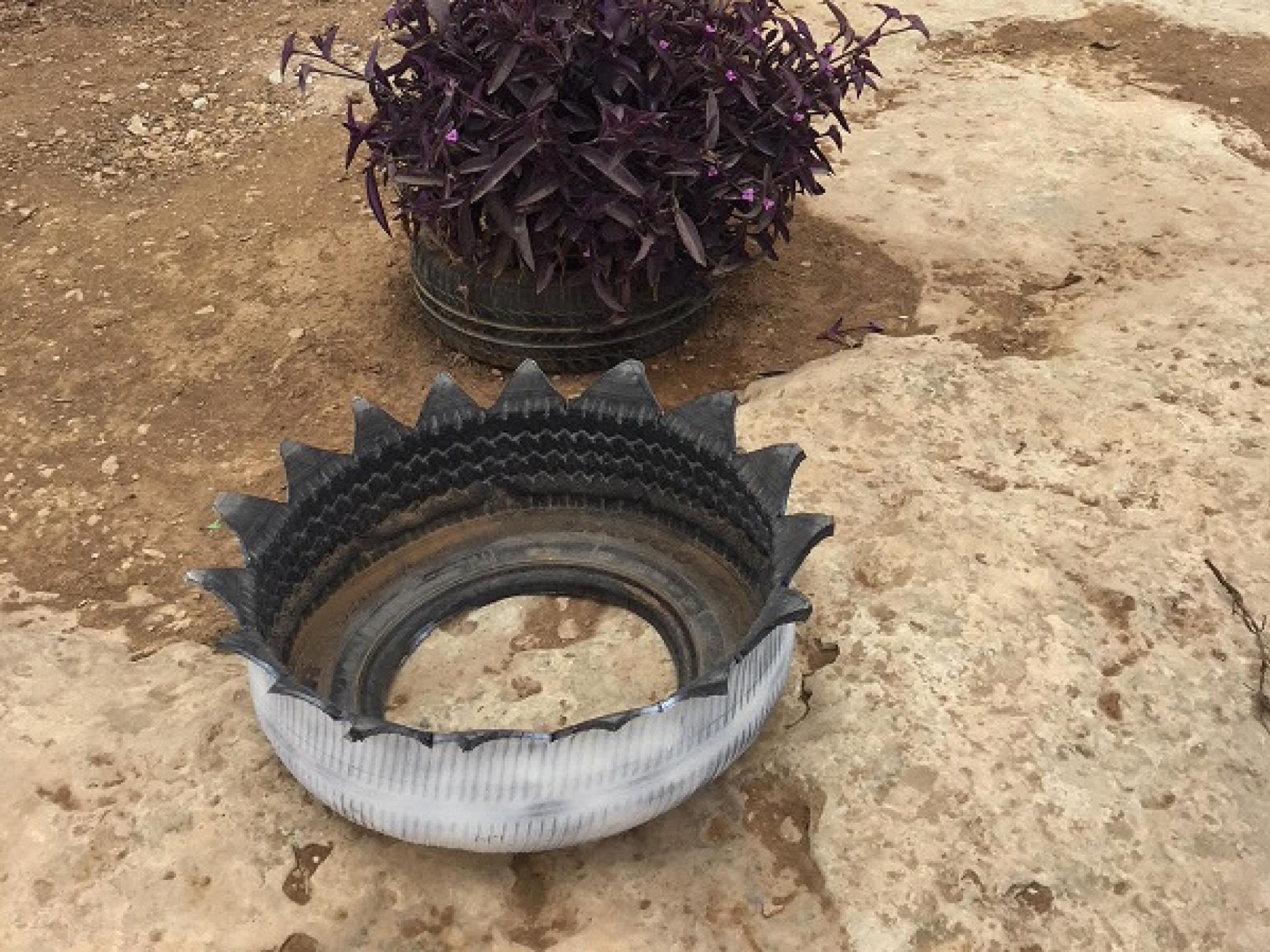 The tyre turned into a flower pot
Photo:
Ariela Slonim 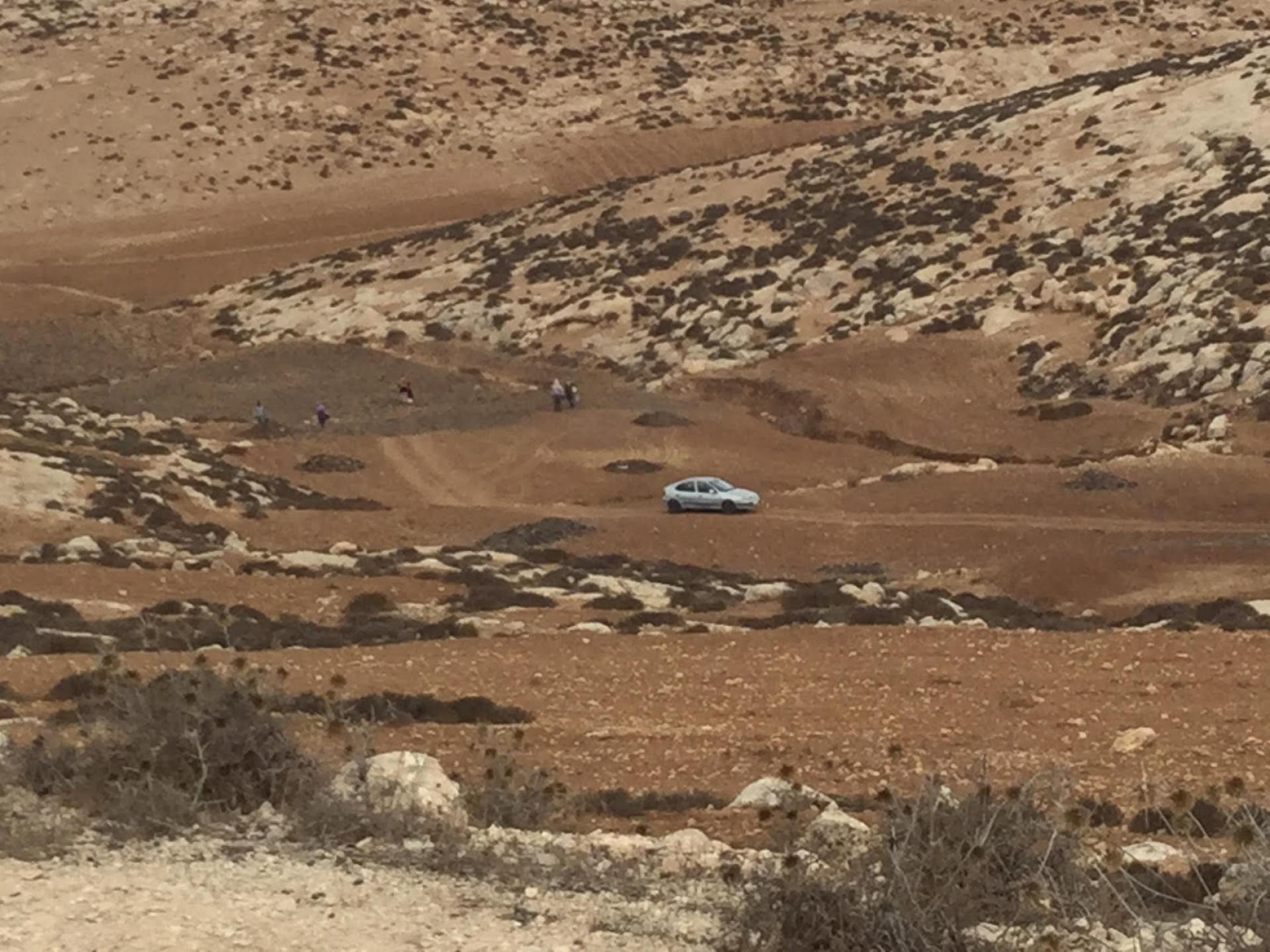