When one goes past the Shimah settlement one  can only be impressed at the villas which are springing up there, new  buildings and massive. We went to see what was happening to the house in Hursa on the roof of  which the soldiers sit. The straw widow procedure as of two weeks ago.

The pillbox in the middle of the area is complete but the camouflage on the roof is still there and so are the soldiers both on top and at the bottom.

Two soldiers, one of whom is a woman, explain to us that the pillbox was built to safeguard the settlers of Negohot who pass through there regularly.  (Remember that this is area A but all long the route there are signs directing one to Negohot). They say that until the pillbox will be manned the soldiers will remain.

The owner tells us that the army has forbidden the Palestinian TV to film here.

They say that the army told them that the straw widow procedure would only be for 24 hours and they have now been there for two weeks. The owner makes a living selling fodder for sheep and during this  period he cannot do so because his customers cannot get to him because the whole area has been declared a closed army area. He is also worried about the psychological damage to his children and all that he wants is that the soldiers should come off  down the roof and he should be able to get back to a normal life. According to the paper which he has in his hand he can demand expenses and compensation.

The pillbox is in the middle of the village next to the divan building which is a public building used for occasions of the hamula, the extended family.

There are renovations which have been halted as the area is closed.

We photographed the document  which the army had given them. According to the document in his possession, he can claim usage and compensation fees. When we showed the document to the pleasant woman captain she said that she would bring the family a renewed and valid confirmation of the army’s stay in the house. We  mean to check this out on our next shift. 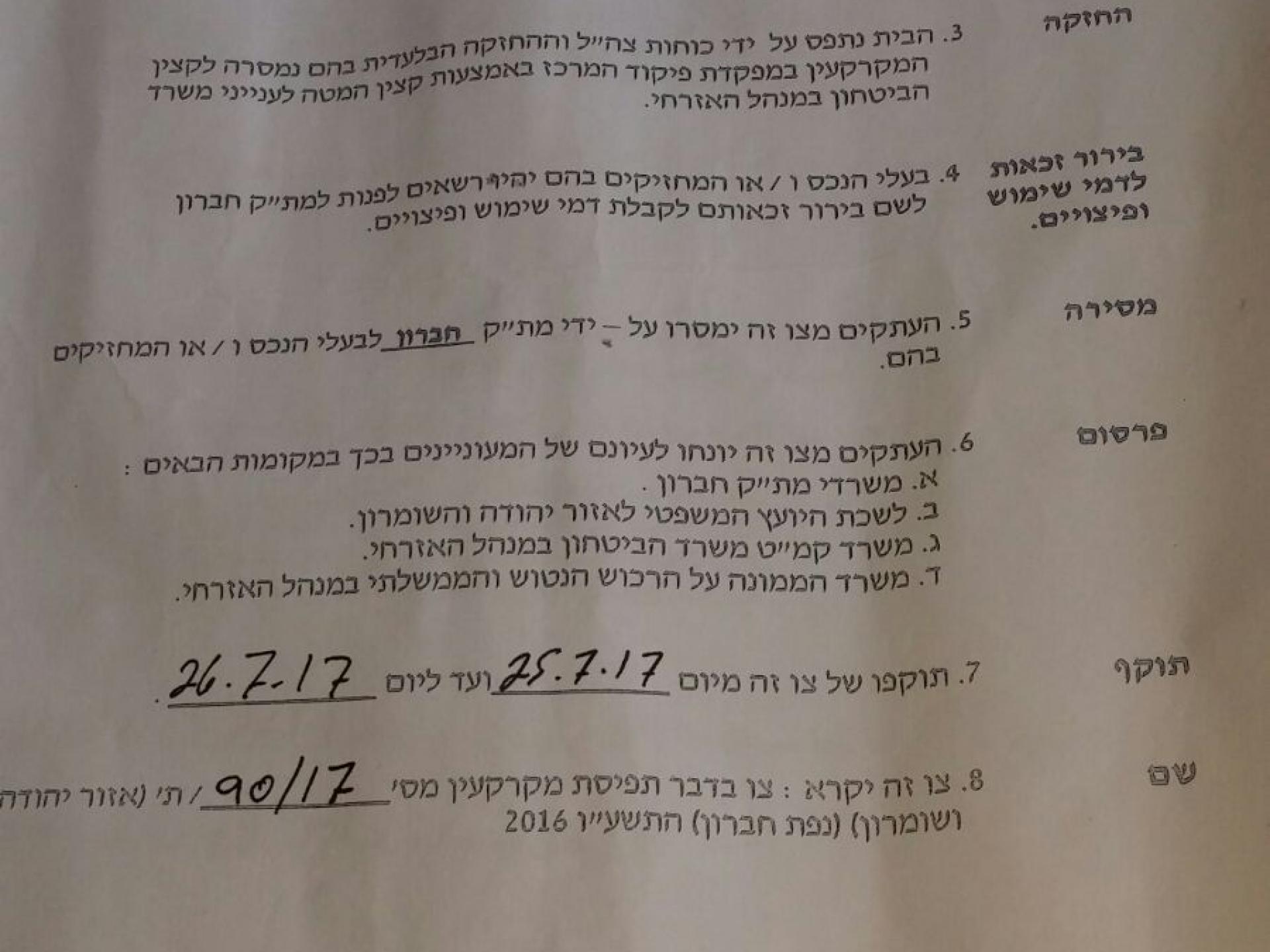 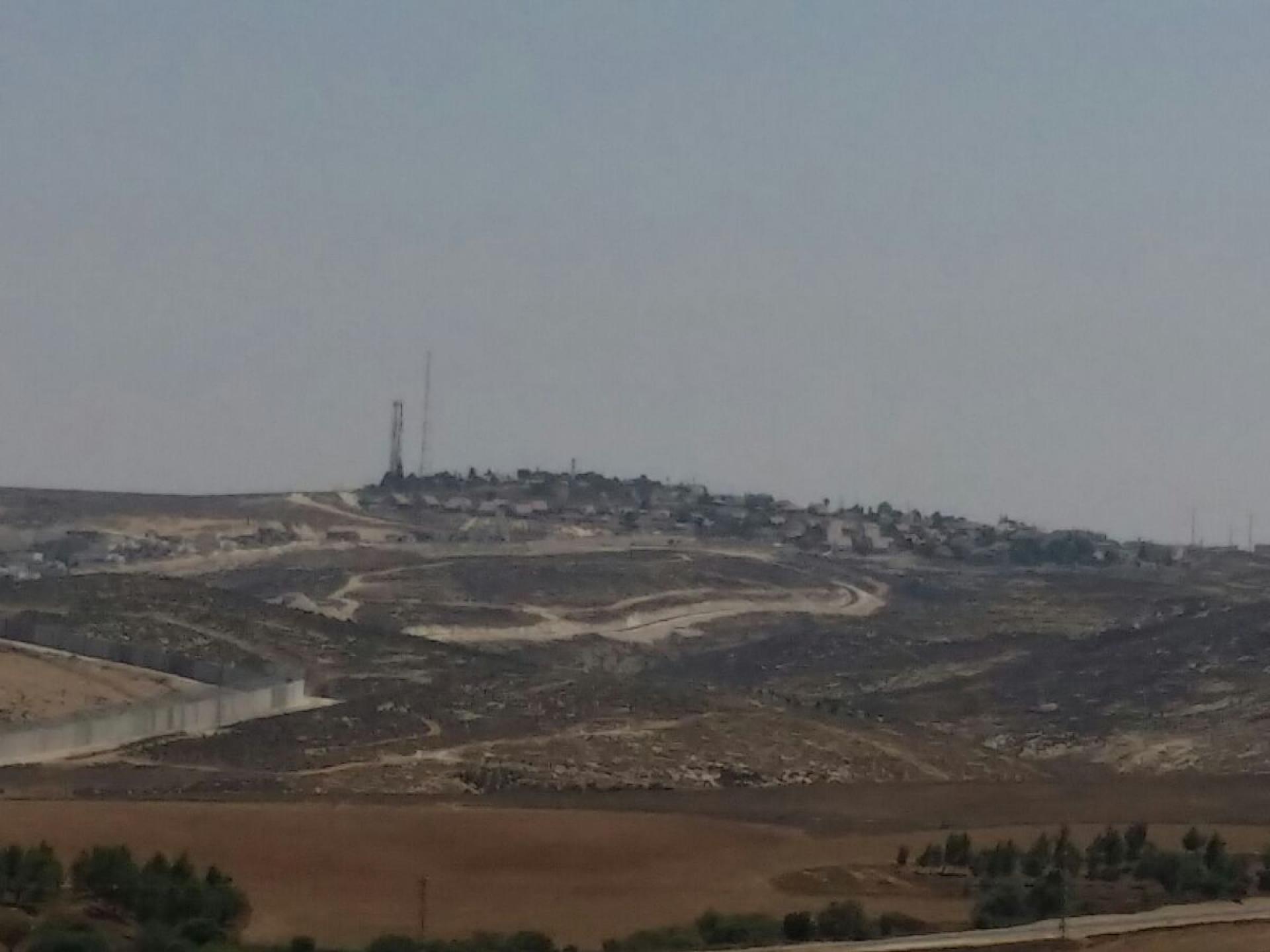