The First Friday of the Ramadan Month

Since 83,000 permits (to enter Jerusalem) for prayer have been revoked, only the ‘end’ ages are now allowed to cross the checkpoint into Jerusalem: men over 45 years of age, and children under 12. The child and the gray-haired man on whose shoulders he sits answer the criteria. 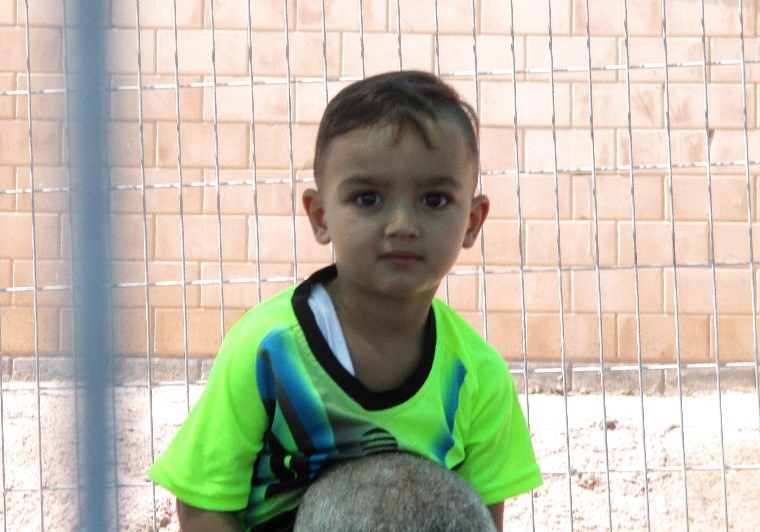 Fewer Palestinians than ever have arrived at the checkpoint, facing more ‘security’ forces than ever. 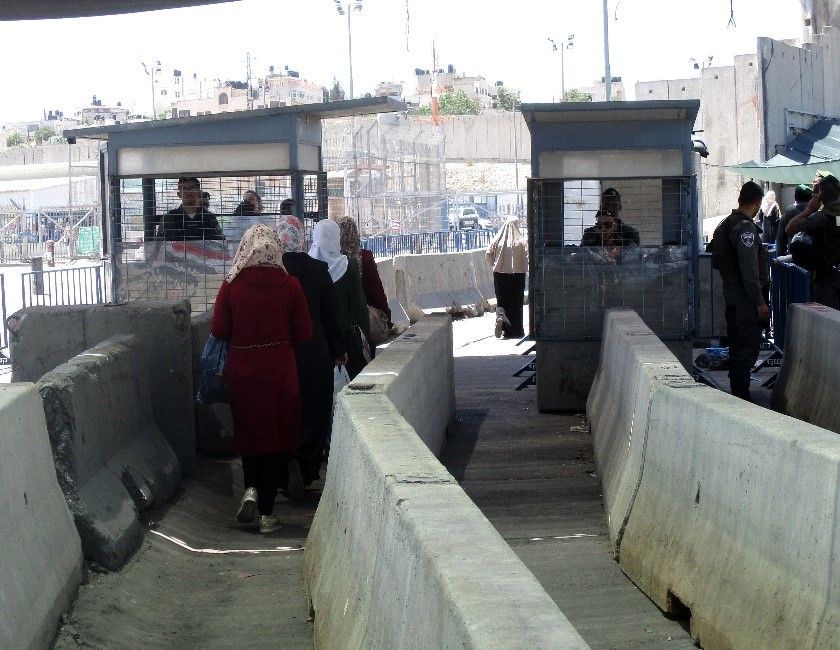 A few hundred men tried to present their revoked permits as valid, but were already rejected and waved back at the first inspection point. 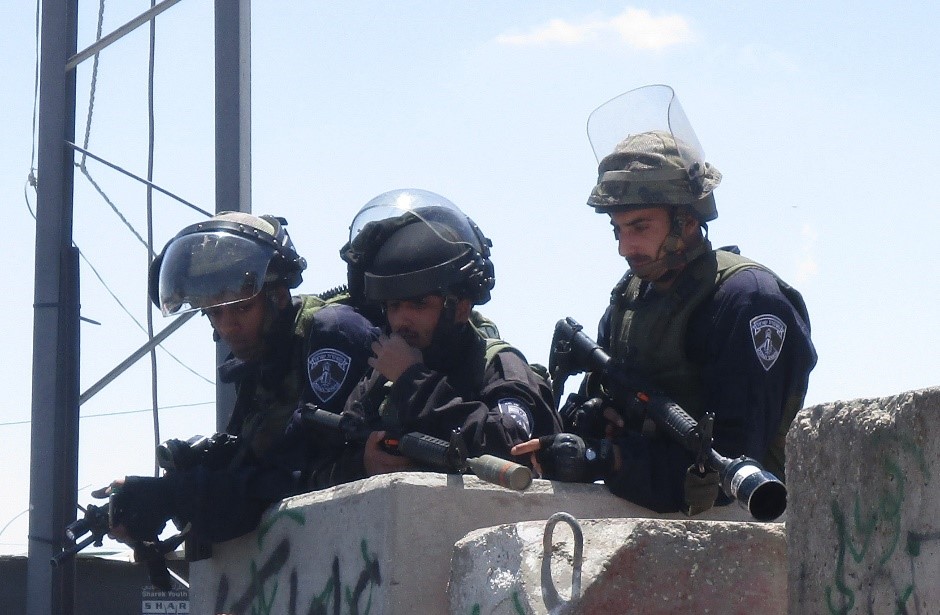 Red Crescent volunteers were absent for the very first time, and no one was there to support the elderly and push the disabled in their wheelchairs. New, fenced-in posts for the soldiers have been installed at the entrances to the sterile

compound, and the soldiers inhabiting them looked like roosters in a coop. No human touching humans - only humans touching documents. 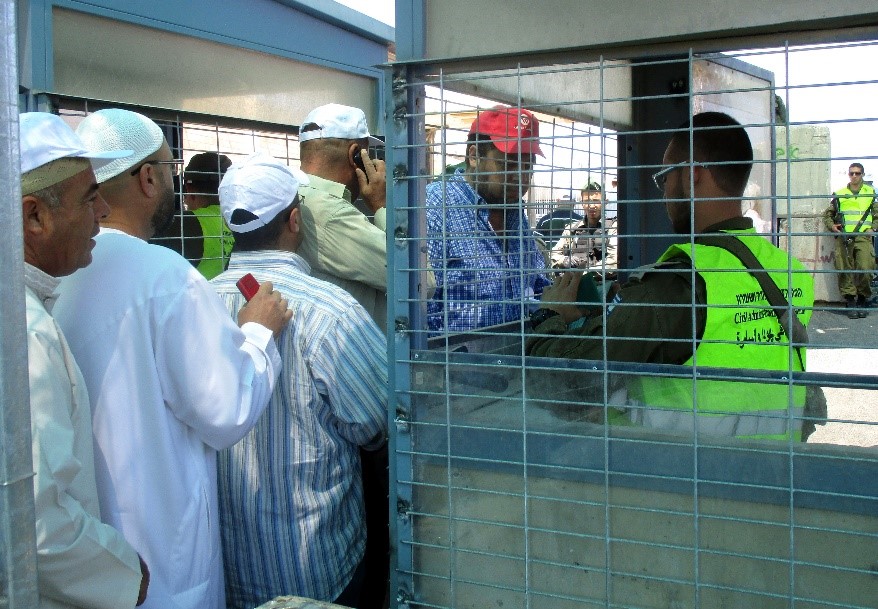 An ambulance driver told us about two 14-year old boys, beaten by soldiers with clubs, whom he had driven to hospital in Ramallah: “One has an open leg fracture. We call it HBS (‘hit by soldier’)”, he said.

And something about feelings on this day, the picture speaks for itself: 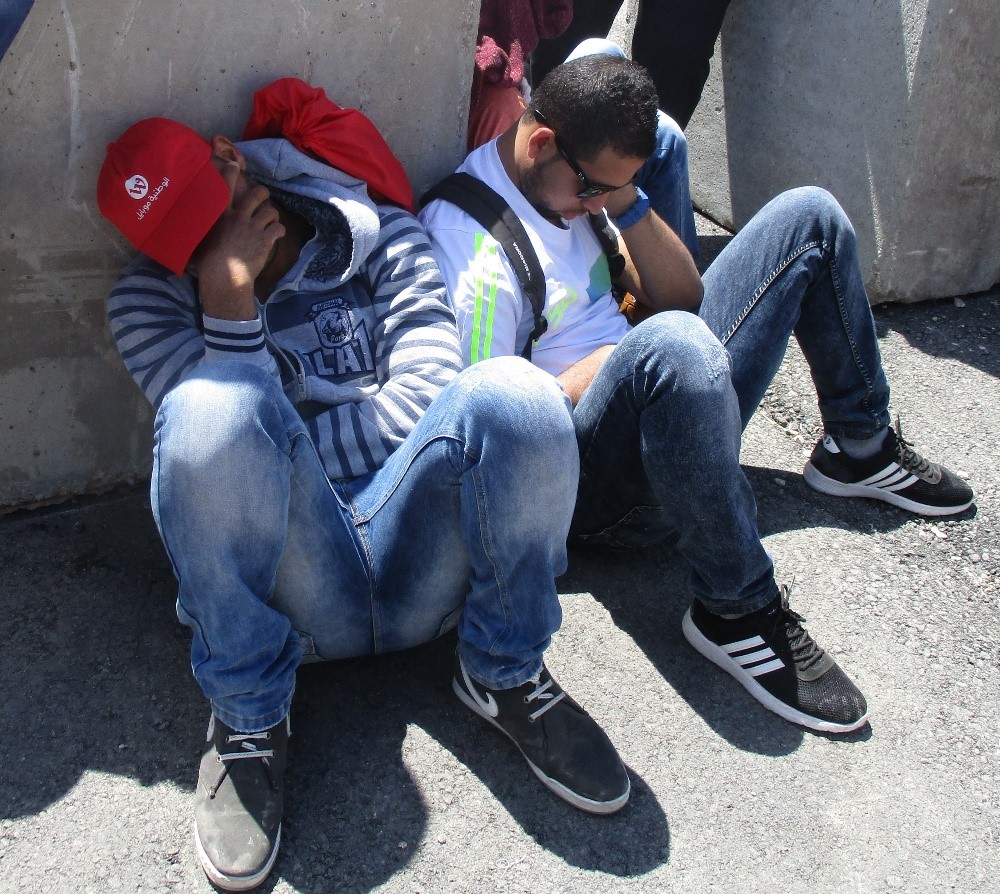