On the surface everything looked fine today at Damascus Gate and the Old City.  The crowds were orderly, peaceful, calm and subdued.  Women, many with young children at their side and men, most of the whom were 45 years old or older.  Some of the men were carrying prayer rugs and some purchased a prayer rug from the vendors along the way.  Wave after wave of worshippers made their way down the massive staircase to the Gate.

Military and police personnel were placed in strategic spots but we did not observe any interaction with the worshippers. The worshippers headed to the Temple Mount undisturbed.  The mood felt purposeful and eerily quiet and we did not find the massive crowds we were expecting.  The smaller crowds were a result of the suspension of 83,000 permits that had been issued for Ramadan as a response to the Tel Aviv terror attack on June 8th. 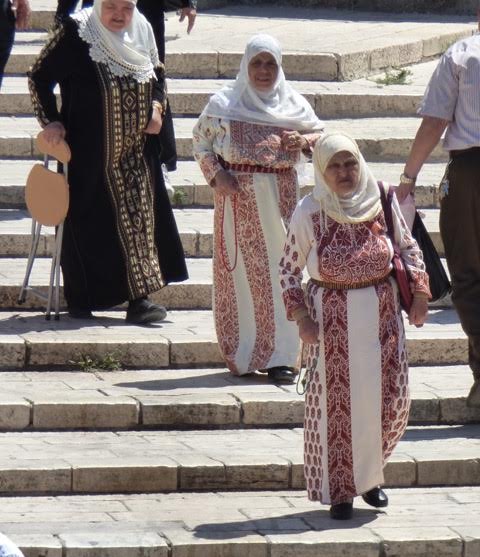 We decided to take a look at Damascus Road which seemed to be the main passage for the worshippers to check if there were any checkpoints in the vicinity of the Old City. But there were none.    We understood that if they had passed through checkpoints this was done at some distance from the actual entrance to East Jerusalem.  Damascus Road was filled with bus after bus of worshippers who disembarked and headed towards Damascus Gate. 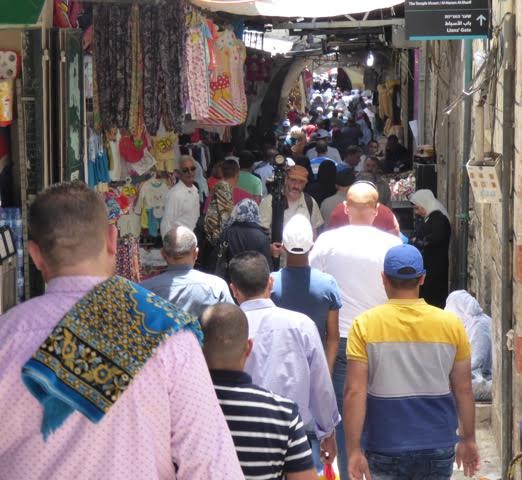 We observed only one young man being thoroughly checked, his bag emptied, its contents dumped on the ground, his documents checked but ultimately he was released.

So what do we note beneath the surface?  We realize that other than the odd photographer we are the only civilians Israelis in the Old City and in the evening as we search Haaretz and Ynet and Google 'Ramadan 2016' we do not find a single report about the day.  The only reports we find are on the MachsomWatch network, which complete the picture of the day and tell us about part of the journey of many of the same worshippers we observed at Damascus Gate.