This morning in Susya we were told what happened of 1.5.18.

The 11-year-old Ahmad came home from school in the afternoon and on his way to the tent he tore out the cardboard that was attached to a sign.

Four undercover policemen were chasing him and one of them with a pistol in his hand said to him, “Stop or I will shoot”.

In a panic  Ahmad ran to his home in Susya and shouted to his mother, who had prepared lunch, “ Settlers and settlers”. When he reached the safety of his home, he hid behind his mother in the kitchen and the policeman who followed him came into the kitchen.

The strong policeman used more force  and pulled Ahmad out, where another policeman was threatening the Palestinians who had come running at the sound of the shouts, with a pistol and forcing them back.

The mother, Hiam,  called her husband Nasser and reported that they wanted to arrest Ahmad. Nasser asked the police to wait for him and arrived within 10 minutes. In front of his house sat the two policemen and Ahmad,  the boy,  between  them crying and afraid.

The father is known as a peace-loving man, which helped to end the event with only a warning. 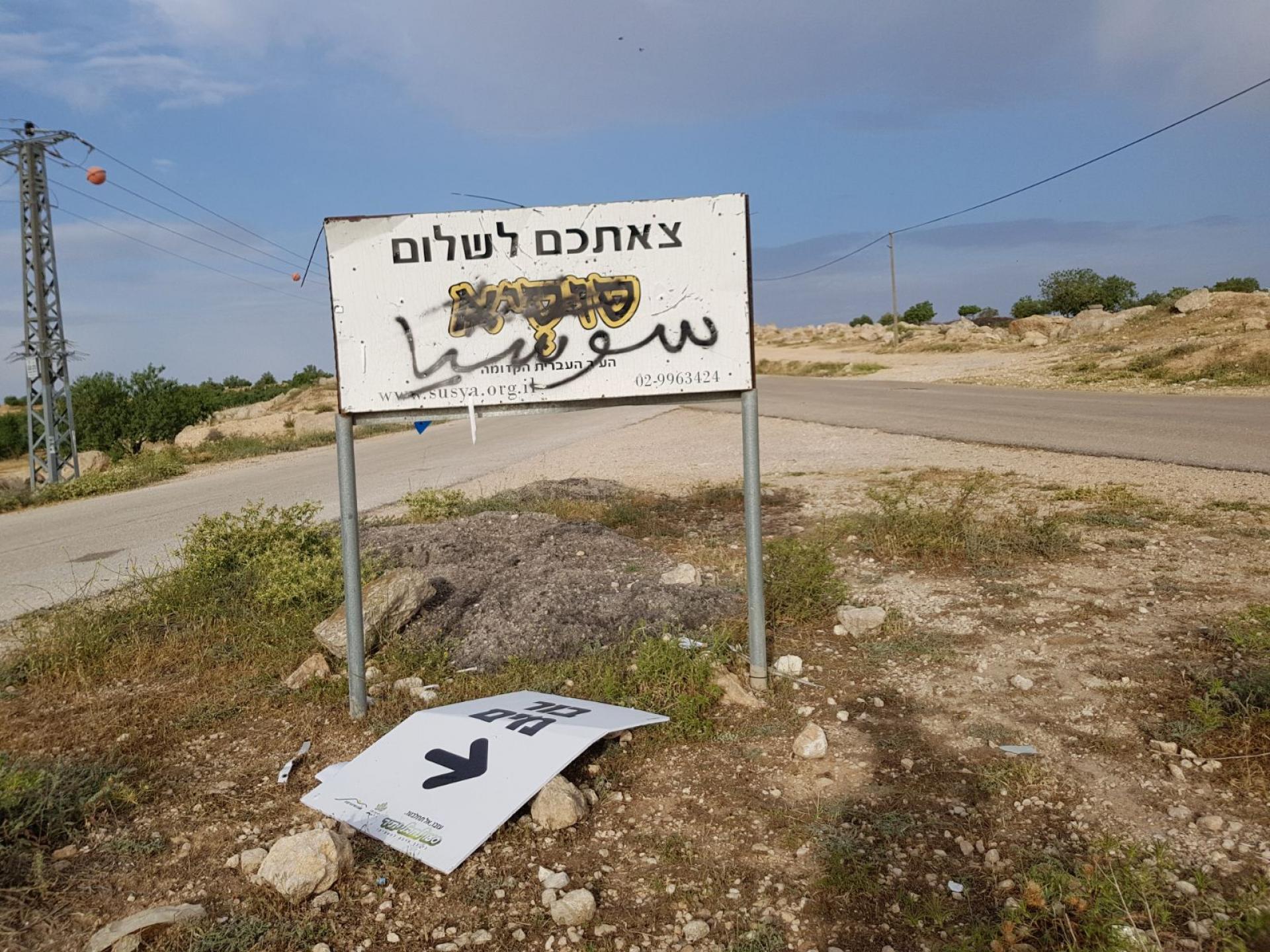