A crowded day at Qalandiya.

05.15. The full moon was sinking in the west when we parked on the Israeli side. Already as we approached the Palestinian side we could see long lines reaching the parking-lot. Both the beigel-seller and the kiosk owner were at work.

Only two lanes were working, instead of the usual three. Apparently the third turnstile was out of order and so the lane had been blocked. This has been the situation for a few days and so people are forewarned and go straight to one of the other lanes. As a result, of course those two lanes stretch endlessly. People told us the line reaches “to Ramallah” or “to Abu Mazen.”

6 o’clock has passed and there is no sign of any of our forces.  Women waiting at the humanitarian gate give up and go to join the regular queue, the men letting them fit in at the entrance to the lefthand cage.  Only some minutes after 6 does a soldier come to relieve the soldier in the aquarium. We phoned to ask why the humanitarian gate had not opened – the answer “we’ll check.” At about 6.20 the policewoman arrived. When she saw the gate was still closed and that many were waiting there, she spoke to someone by phone and immediately afterwards a guard arrived with a key and the two of them proceeded to open the gate.

We went out to buy tea. The queues were spilling out to the parking lost but were not so long at this point. When we returned we saw that a D.C.O. officer had arrived and he was operating the humanitarian gate. In general, order was maintained and about 7 o’clock the lines began to be shorter.

At 7.15 the lines were no longer extending outside the shed and the situation was ‘reasonable.’ We joined a line and it took 30 minutes to pass. “What are you doing here?” the man standing behind us asked, and advised us to use the humanitarian gate. We explained what we were doing there and checking the time it took to pass. From him and others around we heard of the daily difficulties they encounter. They seem to have lost hope that things will change one day.  On our part, we declared that we still hope …

Outside, on the Israeli side, there are new notices. 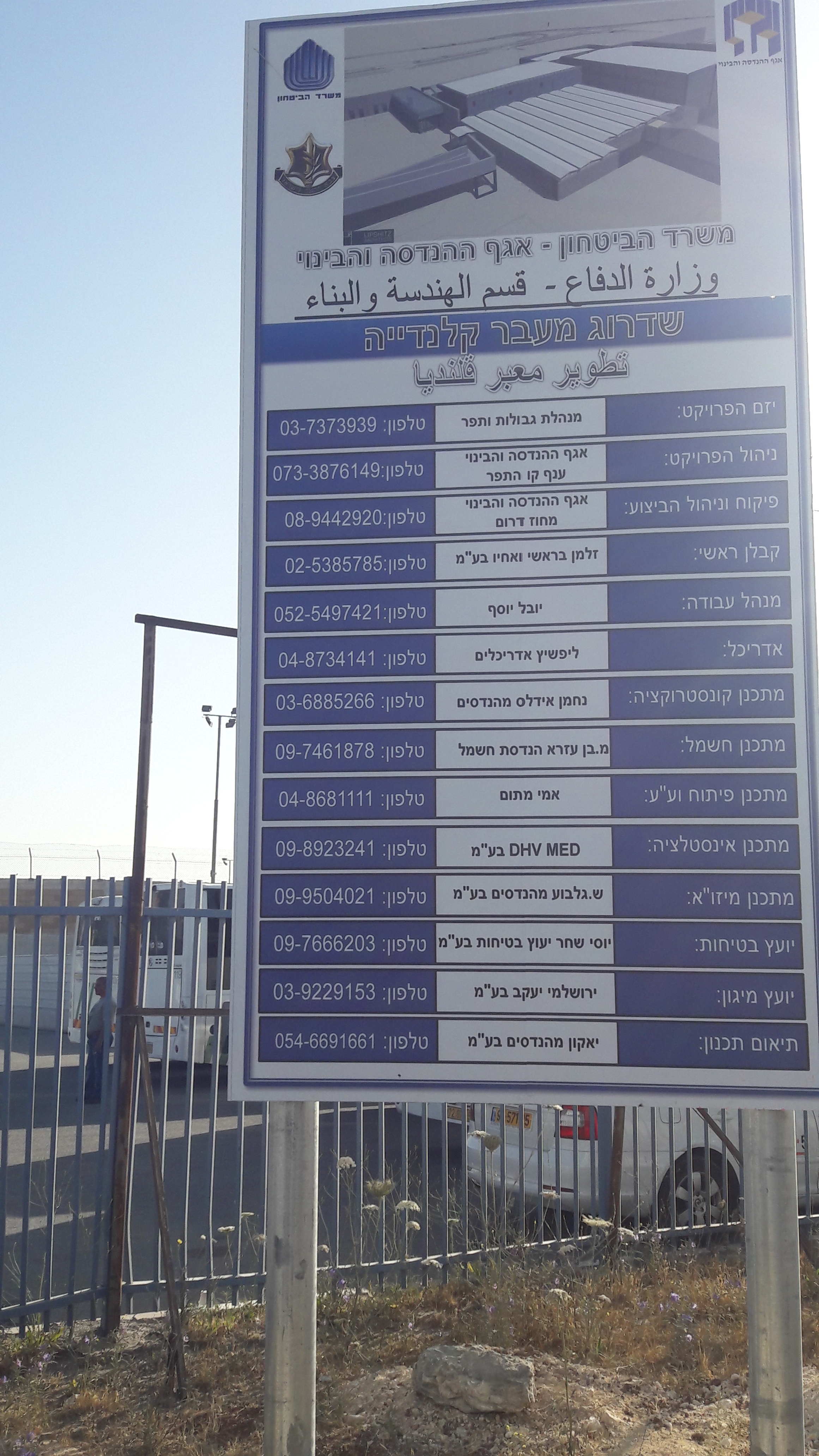 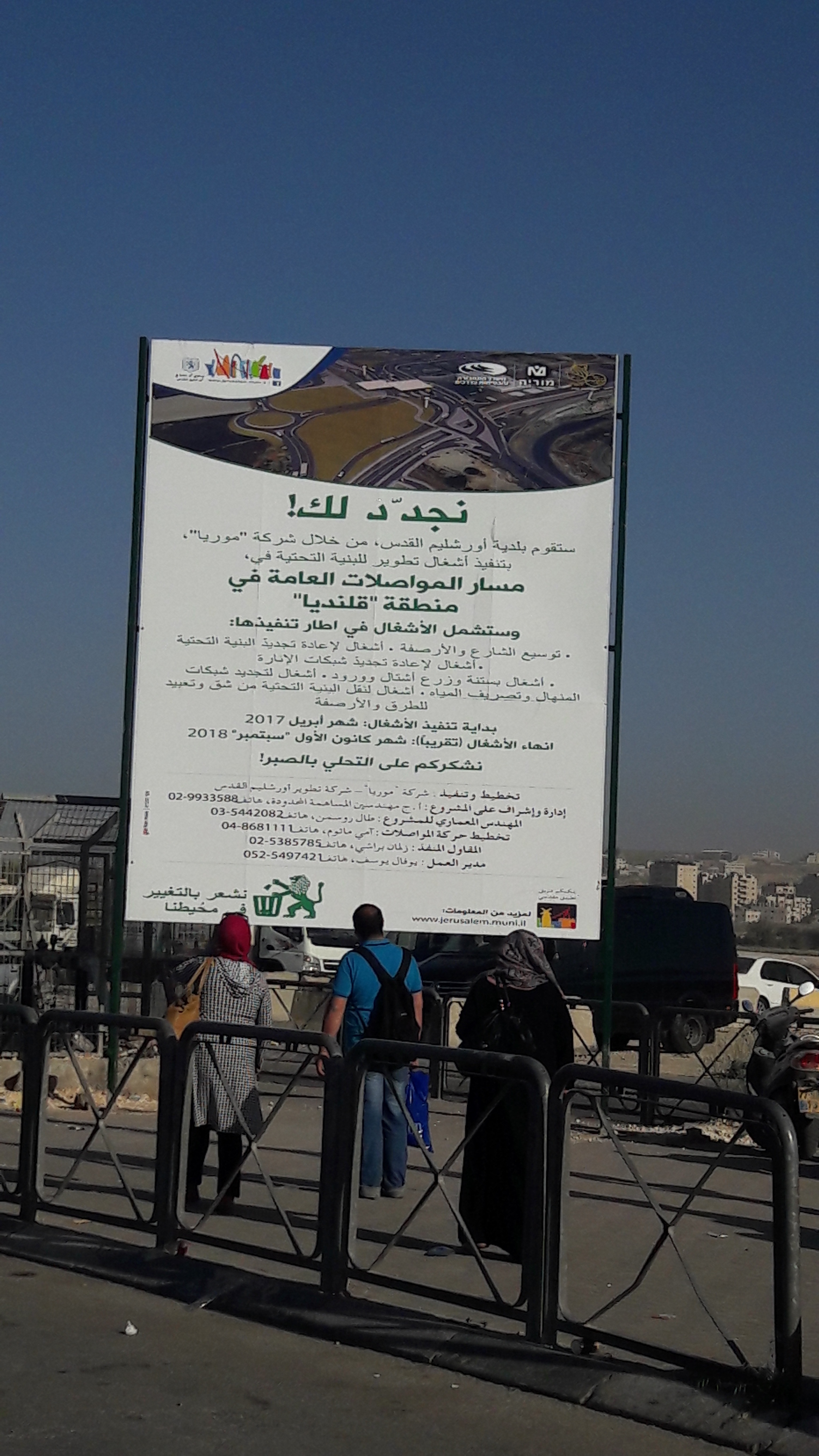 Next to the checkpoint is a notice of the Ministry of Defence announcing the expansion of the checkpoint. On neighbouring roads there are notices of the Jerusalem municipality, announcing expansion and development of approach routes.  The expected completion date: September 2018. It seems that here, too, no one thinks in terms of cancelling the checkpoint, but perhaps at least it is to accommodate the level of traffic and the numbers of people passing here every morning …