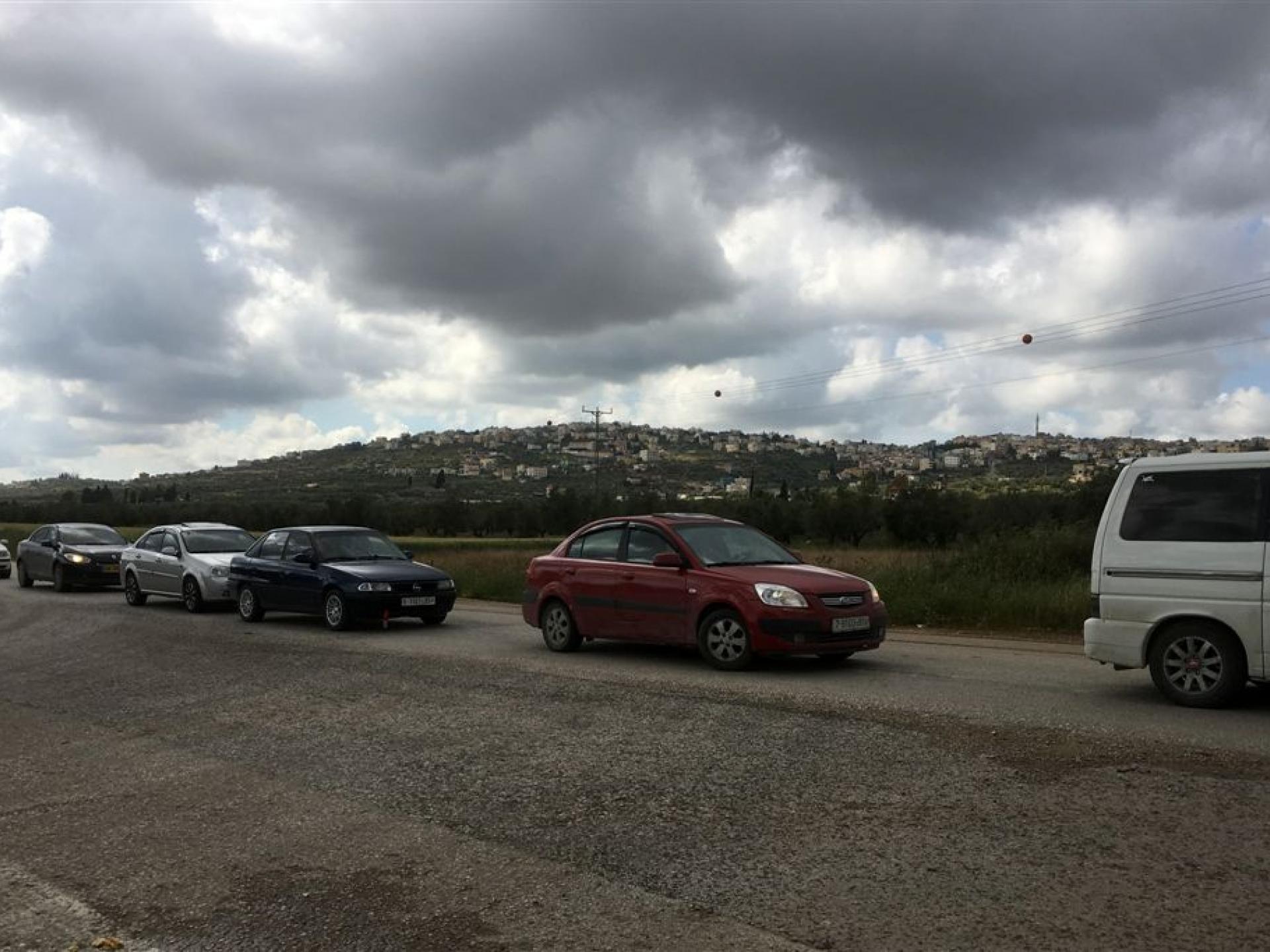 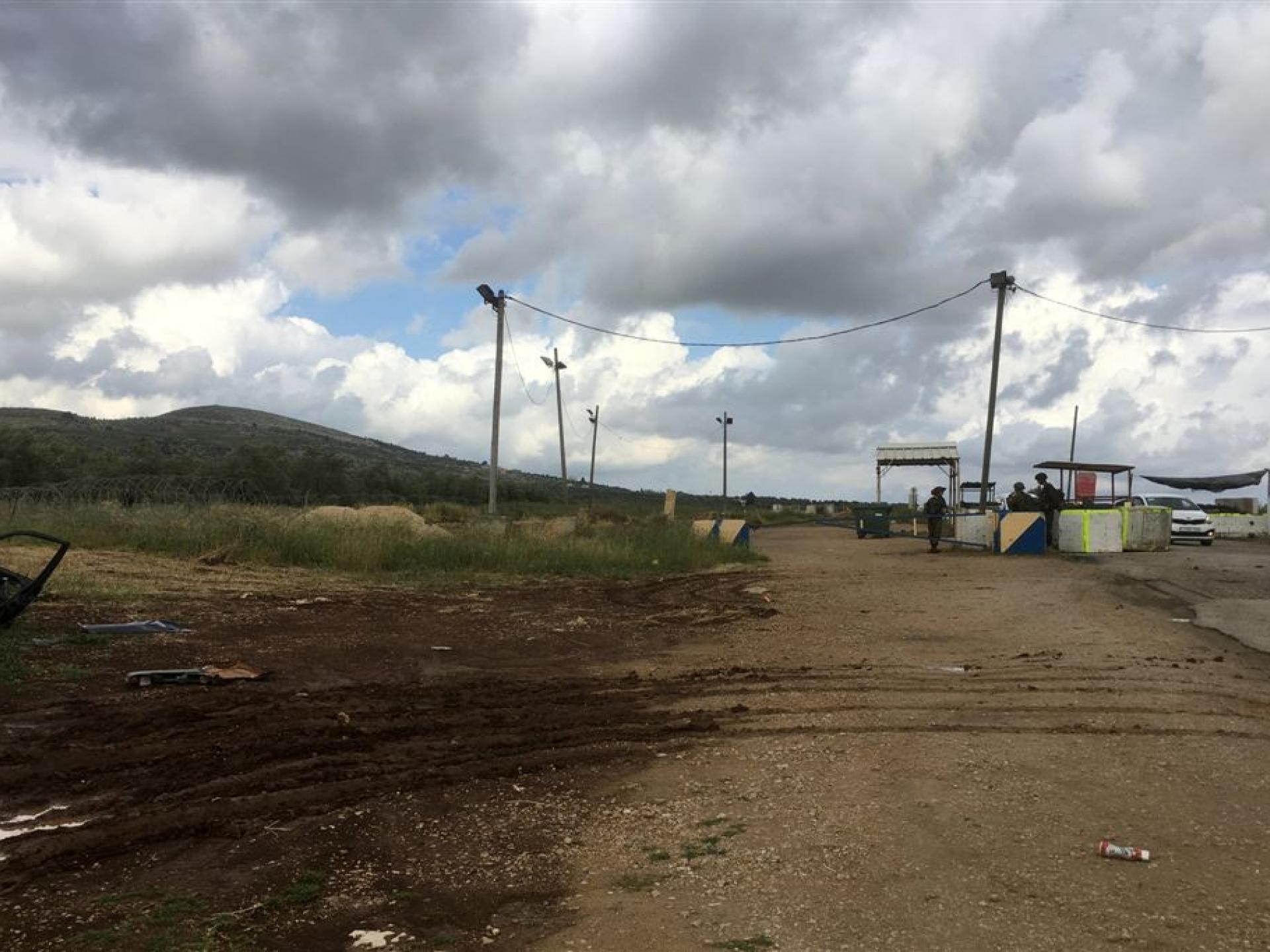 A group of soldiers arrived through the muddy field.  This morning it rained here.  A military jeep arrived and the soldiers as usual were concerned about our safety and asked us to leave.  We remained for a while but the line of cars was getting longer and longer because of the jeep standing in the middle of the crossing because of us, so we moved back.   Many of the drivers waved to us in greeting.

The parking lot was full as usual.   People who worked in construction in Harish were constantly passing through the turnstile.  The turnstile changed direction occasionally to let people through who were crossing to the seamline zone, including some women and children.   It appears that the construction of the new sophisticated facility with many turnstiles has been delayed, perhaps because of the Passover holiday.   Elia received four new requests to eliminate bans to enter Israel and we purchased all kinds of sweets and cakes in the booths in the parking lot.

The checkpoint, which is usually quiet, was extremely busy and very irritating.  Several vehicles were waiting to cross.  We heard voices from inside the checkpoint.  At last a vehicle from the Liaison and Coordination Administration arrived and within a few minutes a fancy 4x4 car arrived with two new chairs that had been purchased in Jenin.  The driver showed us the chairs, which, according to the soldiers, could only be transported to the seamline zone by previous arrangement.  All of us are struck with the irony of the situation and at the waste of the driver's time as well as that of the other drivers.  The Palestinians who live in the seamline zone – the supposed Israeli side of the separation barrier – belong to the area that is under jurisdiction of the Jenin municipality and have green ID cards (Palestinian).  The driver, who identified himself with his ID certificate that was issued in the Liaison and Coordination Administration in Salem, was told by the soldiers that "The ID isn't always correct."

Women and children dressed in holiday clothes crossed the checkpoint and even stopped to take pictures.

We visited the "Mifgash HaShalom" (The peace meeting place) that we reported recently that is located between Mei Ami and Um Al Fahem.  The place is growing and developing.  There are now a kiosk palm trees, and statues against the background of the sunset.