Five people and one tractor loaded with junk is waiting. They tell us that this morning, ten people went through the checkpoint.  At 15:15. A car with soldiers arrives and with it, another 4 army vehicles which continue on the security road.

It’s filthy, cold, and quiet. In adjacent Daher–al Malec, many new homes are being built, and the village is getting closer to the settlement of Shaked, which is also growing. We hope there will not be any disputes between the neighbors.

About ten people and a few vehicles pass in two directions. Children return to the isolated house, coming back from school in the Seamline Zone, on the road surrounding the checkpoint. The workers who return from work tell us that in the morning the checkpoint routinely opens between 07:00 and 07:10; that is, a delay of 30–40 minutes.

A family from Umm Reihan returns from Jenin in an car, and the driver remains at the inspection a long time, speaking with the soldiers. In answer to our questions, he tells us that the family bought ceramic tiles for their kitchen in Jenin, for NIS 250.  They are unable to bring he tiles through this checkpoint because this amount is considered as merchandise! They have to request what is called “coordination” from the Coordination and Liaison Authority, which costs NIS 380. And then, they can bring the tiles only through the Barta’a Checkpoint.

Hundreds of workers arrive and go down the sleeve

(the enclosed path to the terminal), on their way home. A few of them stop beside us and tell us that lately, people who arrived at the checkpoint at , 05:15, only left at 06:30, because the line at the entrance to the terminal was very long and crowded. People were allowed entry at the rate of 30-40, with pauses in between.

Two Israeli cars with office equipment are delayed at the vehicle checkpoint and is returned.  It turns out that they are also not allowed to bring this merchandise through the checkpoint.

When we returned to the upper parking lot, a driver, who was supposed to take a family that is returning from a visit in the West Bank, speaks with us.  Three men of the family have already passed through and are waiting in a car up in the parking lot, for more than an hour, for three women who were delayed in the terminal.  We returned to the terminal and it turned out that in the suitcase of two of the women. Suspicious materials were discovered and they were held for further inspection, including a body search. The inspection was done by a woman inspector, because they didn’t want “to complicate any situation with the Attorney General.” However, according to the inspector’s complaint, the women wouldn’t cooperate and therefore it took so much time.  Our impression was that our interest spurred the inspection on a bit, and they assured us that within few minutes, the women would be released.

On the Wadi Ara road, we see a car with the rejoinder to “The Deal of the Century.” 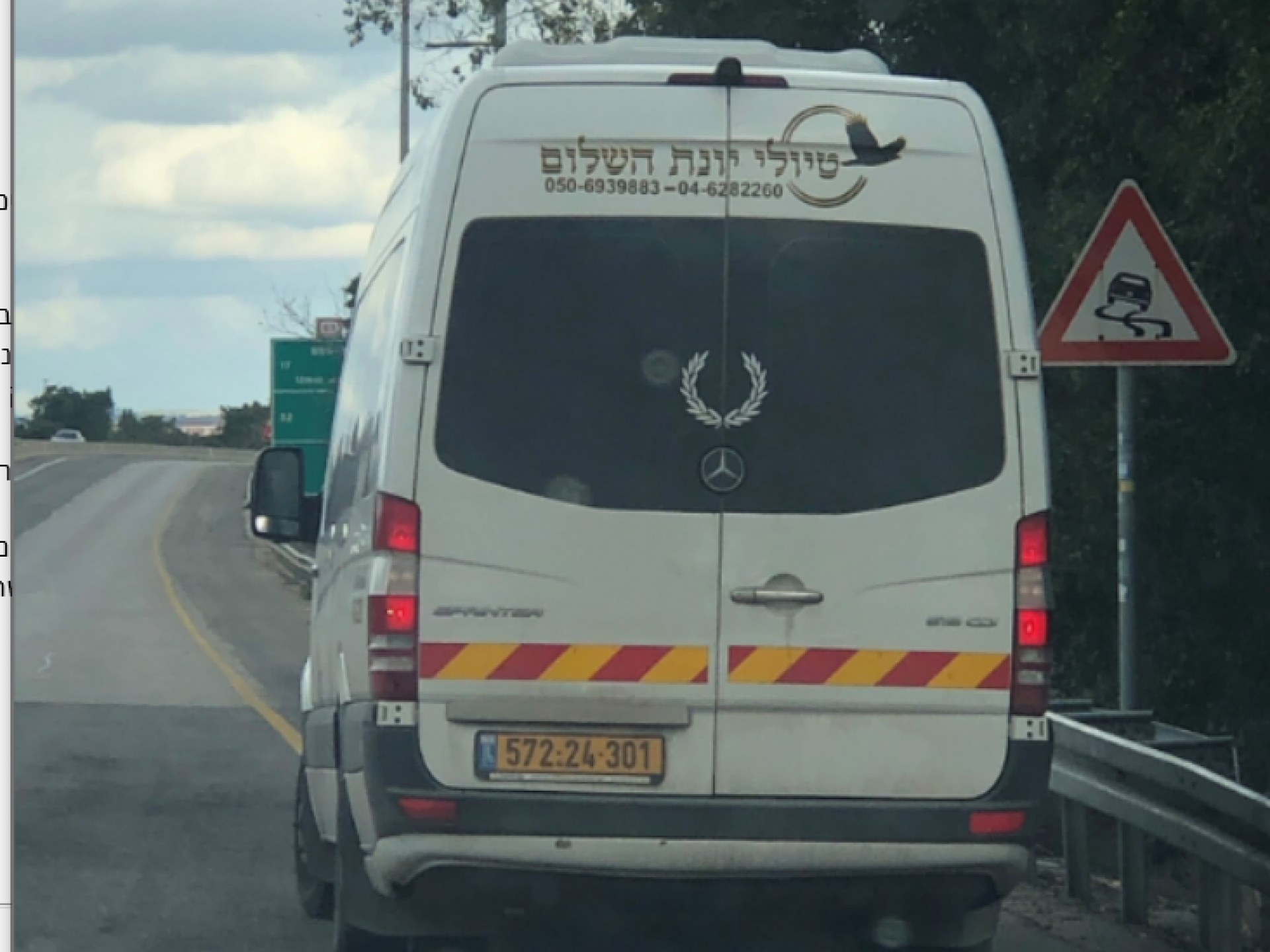