Wadi Jahsh – settlers pray and demolish while the army stands by 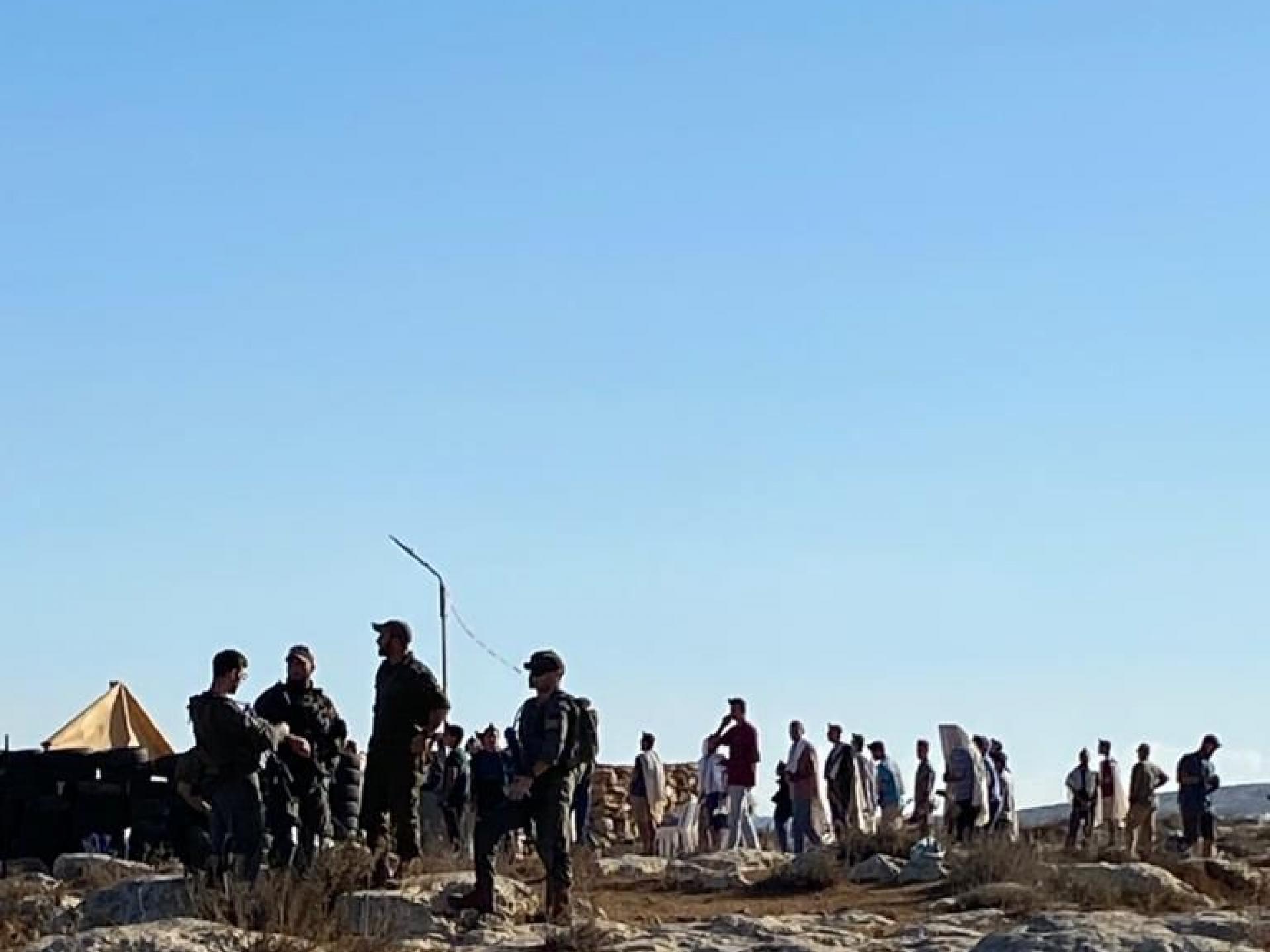 Wadi Jahsh – settlets pray and destroy while the soldiers stand by

Meitar : Relatively few vehicles, being eve of Sukkot, and the closure

In the morning, Hisham Abed called our Muhammad, and asked us to come, as his home had been demolished. He lives between Shuyukh and Hebron

On our way there, near Karma, a few km from Otniel, a convoy of cars, some of which began to make a U-turn and return. After some questions, Muhammad was told that there was a suspicious object and the army was not allowing people through. We cancelled the trip to the Hebron area.

Nasser Nawaja’, from Susiya, told us about settlers who entered the village of Wadi Jahsh. We went there.

The village is in front of Menza, a small village, numbering 7 families, very close to Samu’.

Abed Nawaja’, Nasser's brother, was there with 4 foreign activists from the organization, EAPPI: World Council of Churches "The Ecumenical Accompaniment Programme in Palestine and Israel” is an international, ecumenical program that recruits and dispatches observers to several Palestinian towns and villages to monitor the interaction between the Palestinian inhabitants and the Israeli military.

Abed succinctly recounted the details of the event, and Muhammad Khader later expanded:

At 6.00 in the morning, about 50 settlers from the settlement Susiya arrived in the village in vehicles, and began to pray and destroy.

The settlers were in the village for about 3 hours, destroying and rampaging, while the army was right there , standing at the side, without action!. This can also be seen in the photos.

All of Muhammad Khader's possessions, which had been thrown around, were loaded onto his cart and van.

The settlers and the army only left when the Border Police arrived. Later, with the help of friends, the Palestinians said that they would set up the tents again.

I ask Muhammad if this happens often, and it turns out that it does. There were times when they also uprooted olive tree seedlings and took (stole) them with them. This has happened 4 times lately, usually around midnight.

There is no rest in this area. The settlers don't let up