6:50 – We arrived at Checkpint 623
An impressive presence of over 150 Palestinian farmers of all ages, half of them holding valid permits to cross Atil agricultural checkpoint (609) and Deir Al Ghusun agricultural checkpoint (623), the other half hold permits that are no longer valid. They have now been waiting between two and four months for an answer to their renewal application.
Present are the heads of the local councils of Deir Al Ghusun  and Jarushiya and other council officials.

The farmers invited us to take part in their strike protesting the fact that their applications have not been answered.

The councils heads told us again that a few days prior to the holiday (end of Ramadan) all their applications that had already been turned in were returned and they were required to fill new applications because the form itself had been changed. In the new form, in addition to the 14 criteria which if answered, the farmers may apply for a permit to enter the seamline zone, a 15th criterion has been added – grazing in the seamline zone. It is likely that only 5 farmers at the most would need this addition.

.
Representatives of the farmers approach the gate and inform the soldiers that they are striking in protest, and demand to see the DCO representatives. The policemen call the DCO and announce that the representatives will arrive at 8 a.m.

7:30 The Military Policemen lock the gates and proceed to another agricultural checkpoint. The Palestinian farmers remain around the gate – site of their demonstration – to wait for the DCO officers.

8:00 No DCO officer in sight. Raya calls the DCO operations to find out what happened to their promise. They reluctantly answer that they’ll look into it.

8:15 Another phone call, to Walid, the officer in charge of crossings at Efrayim DCO. He answers that he received the information about the farmers’ strike at Deir Al Ghusun checkpoint only a few minutes earlier, and is on his way there.

Who did not tell the truth about passing on this information on time – the Military Police people or the DCO? Anyone’s guess…
He added authoritatively that they will not speak with the farmers if cameras are present. We clarified that he would have to settle this with the Palestinians themselves.

8:50 A vehicle arrives with the DCO people, but they cannot open the gates without military personnel who are busy opening other gates at the moment (apparently no one gave this a thought).

9:15 Soldiers arrive and open the checkpoint gate. Two DCO officers, Major Naef , responsible for all the checkpoints in this area and Lieutenant Walid – the crossings officer, approach the inner gate. The Palestinians crowd around the gate after having decided that the council heads would represent them. The DCO officers announce that they will speak with the council heads, and with a very old farmer on the other side of the gate. The officers do not allow representatives of human rights organizations to join them. 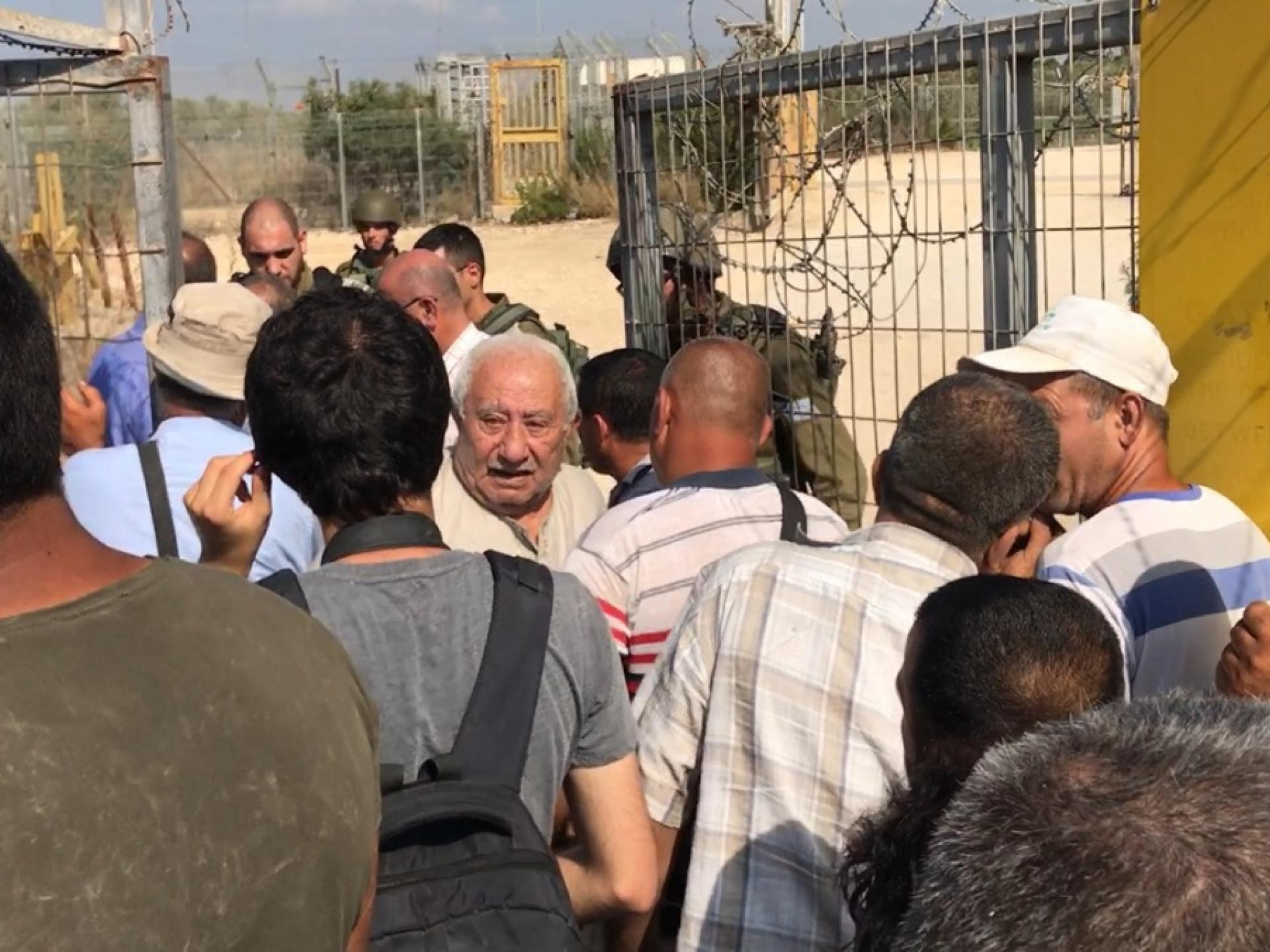 9:35 The heads of councils return with the officers. Several farmers, among them our acquaintance R., who owns 18 dunams of greenhouses, beg to speak with them, officers refuse, leaving clarifications to the heads of councils, and leave.

The heads of councils explain to the waiting farmers what “agreements” were made. 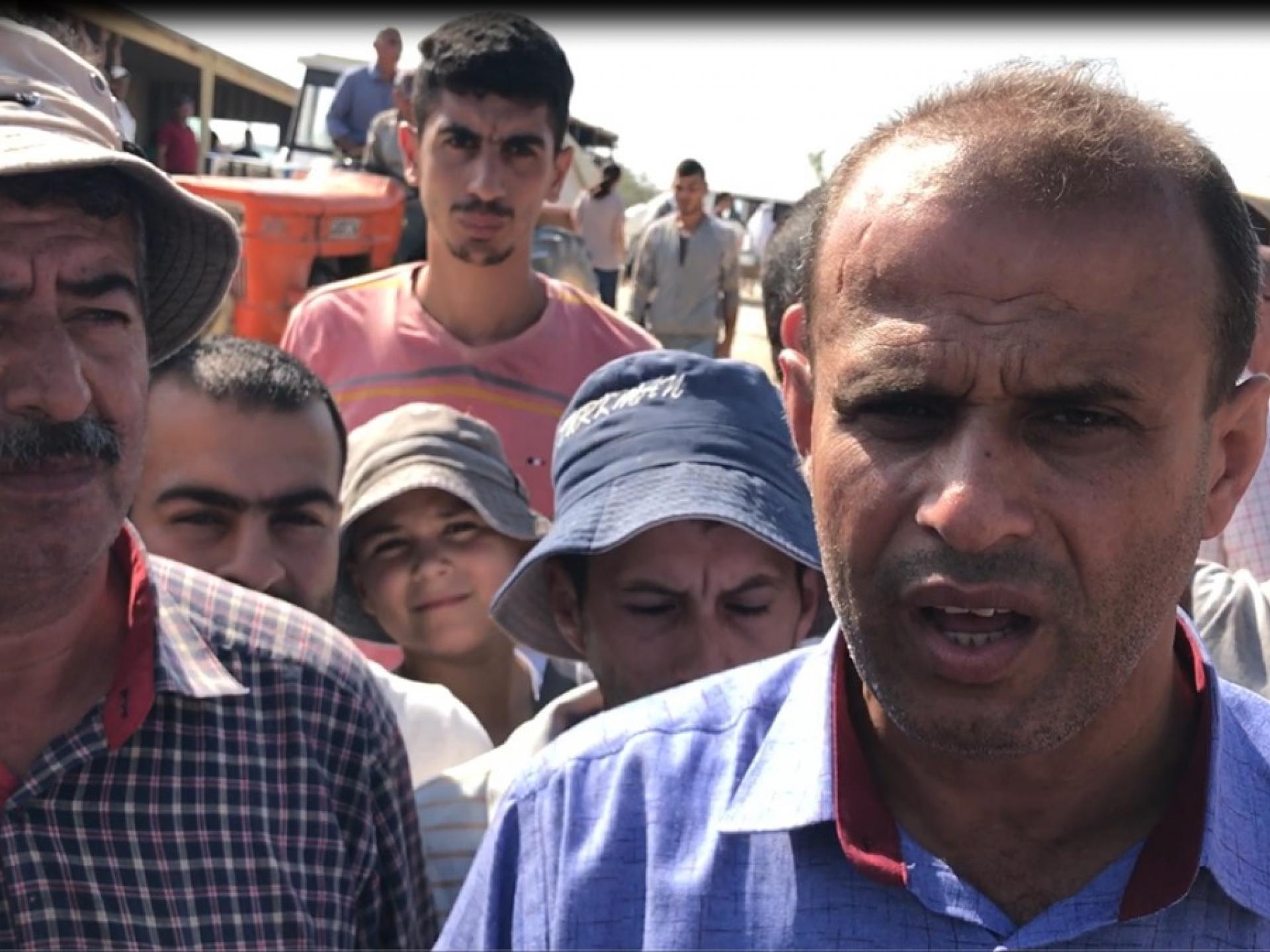 The mayor summing up the meeting
Photo:
Hadas

Later, the B’Tselem representative in the area explains to the human rights organizations members what those agreements entail: 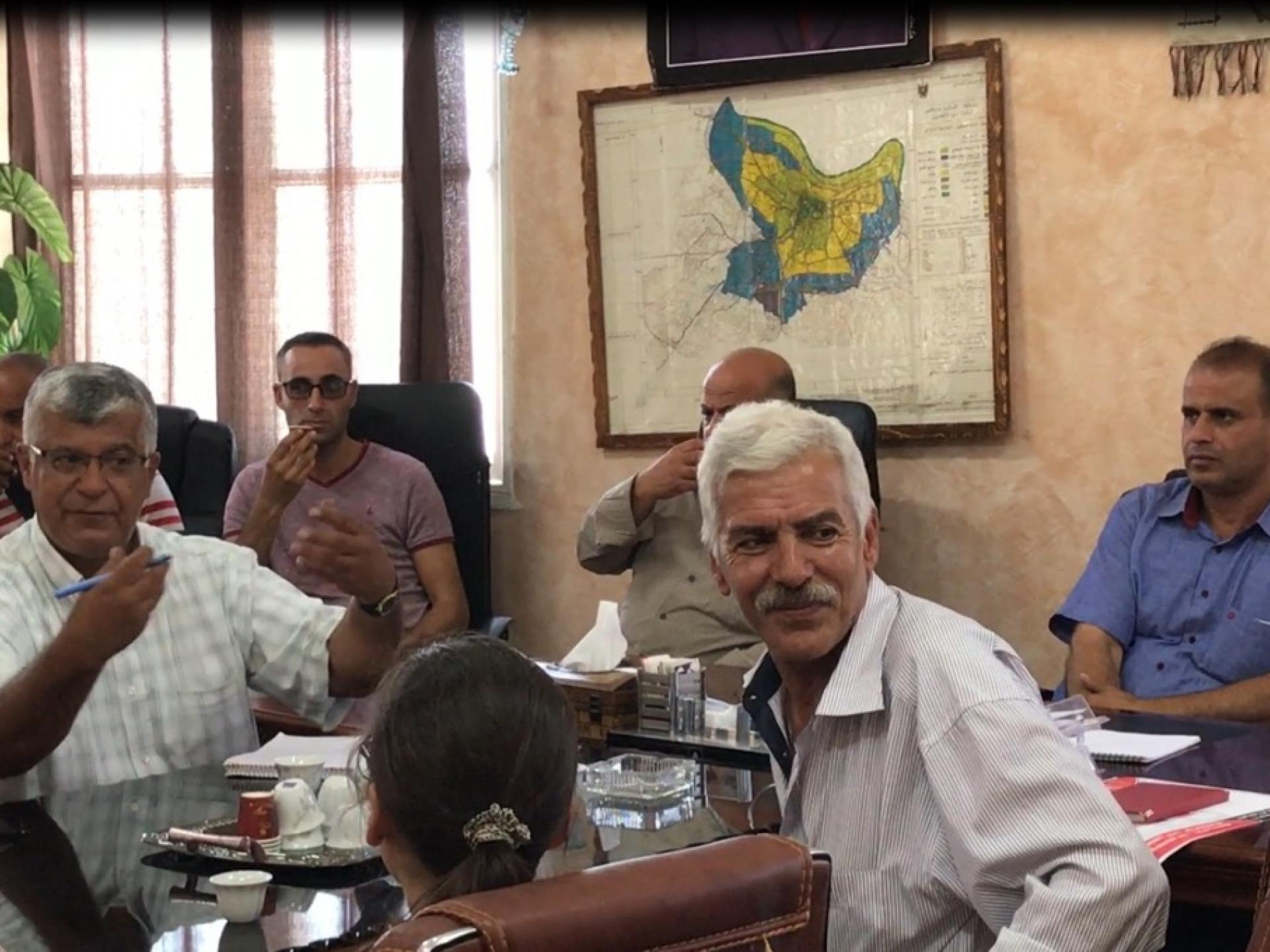 After the demonstration
Photo:
Hadas

All those present, farmers and council members, expressed their mistrust of the officers’ promises about availability of permits and their immediate processing. They have heard enough false promises by the various Israeli authorities.

The B’Tselem representative added that in the Tul Karm area, so far 1000 applications to renew permits have been turned in, and only two have been approved so far.

Appreciation of our presence in solidarity was definitely shown. 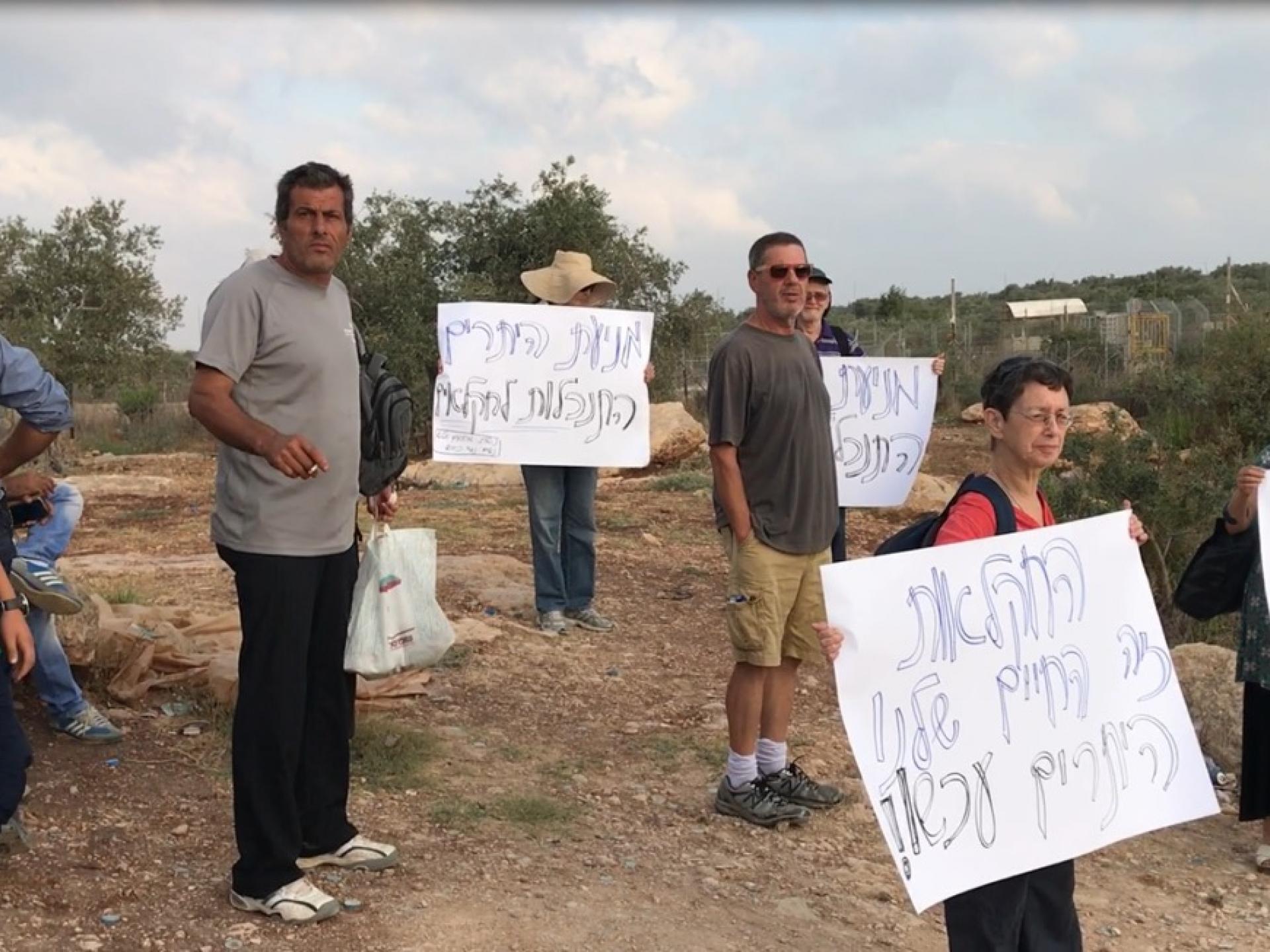