Anin Checkpoint: Due to the breach, the checkpoint is open 24/7 | Machsomwatch
Skip to main content
Back to reports search page

Anin Checkpoint: Due to the breach, the checkpoint is open 24/7 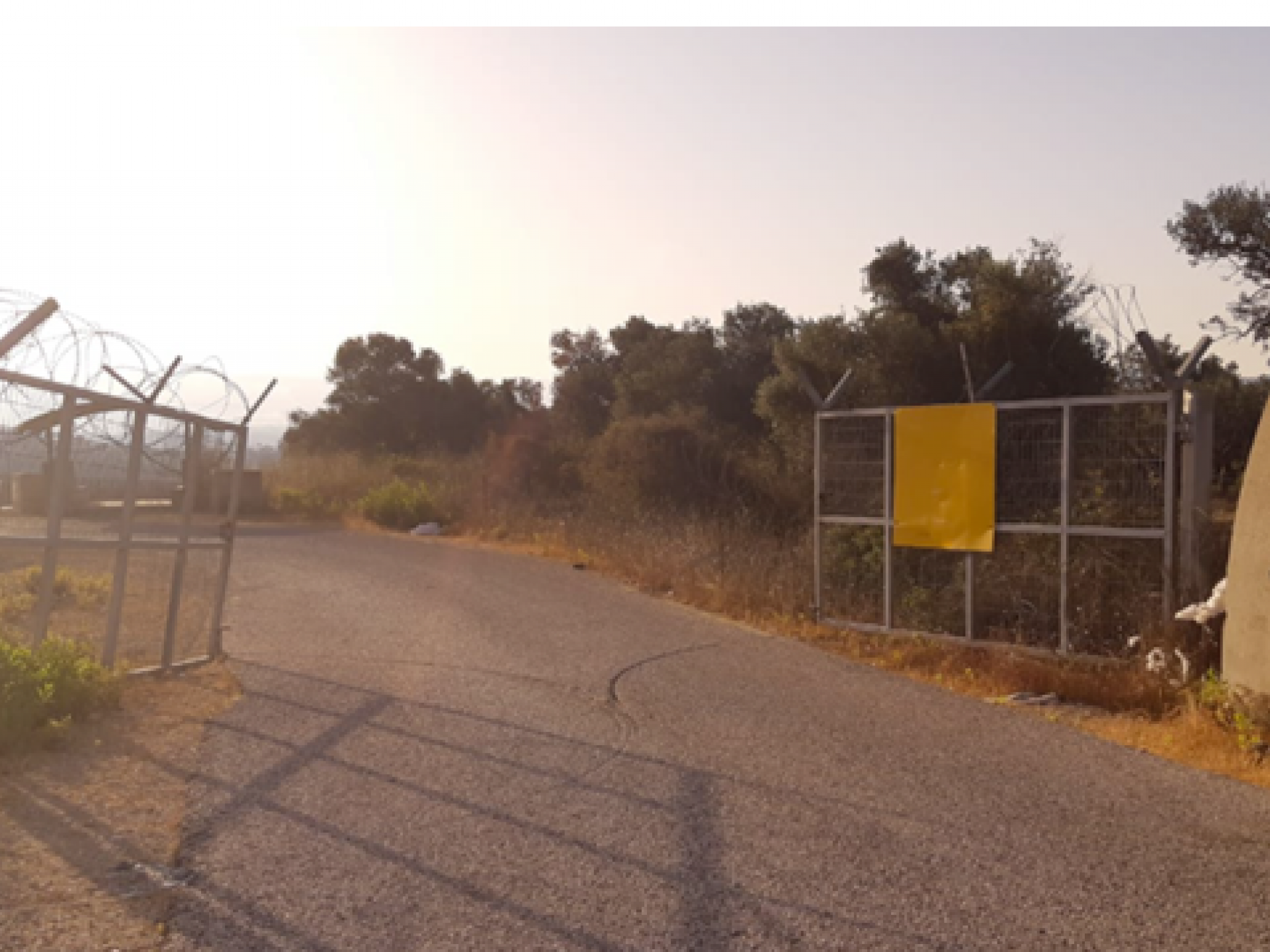 Photographer:
Shuli Bar
Two of the three gates of checkpoint (214) are wide open and no longer locked, for example the gate on the side of the seam space 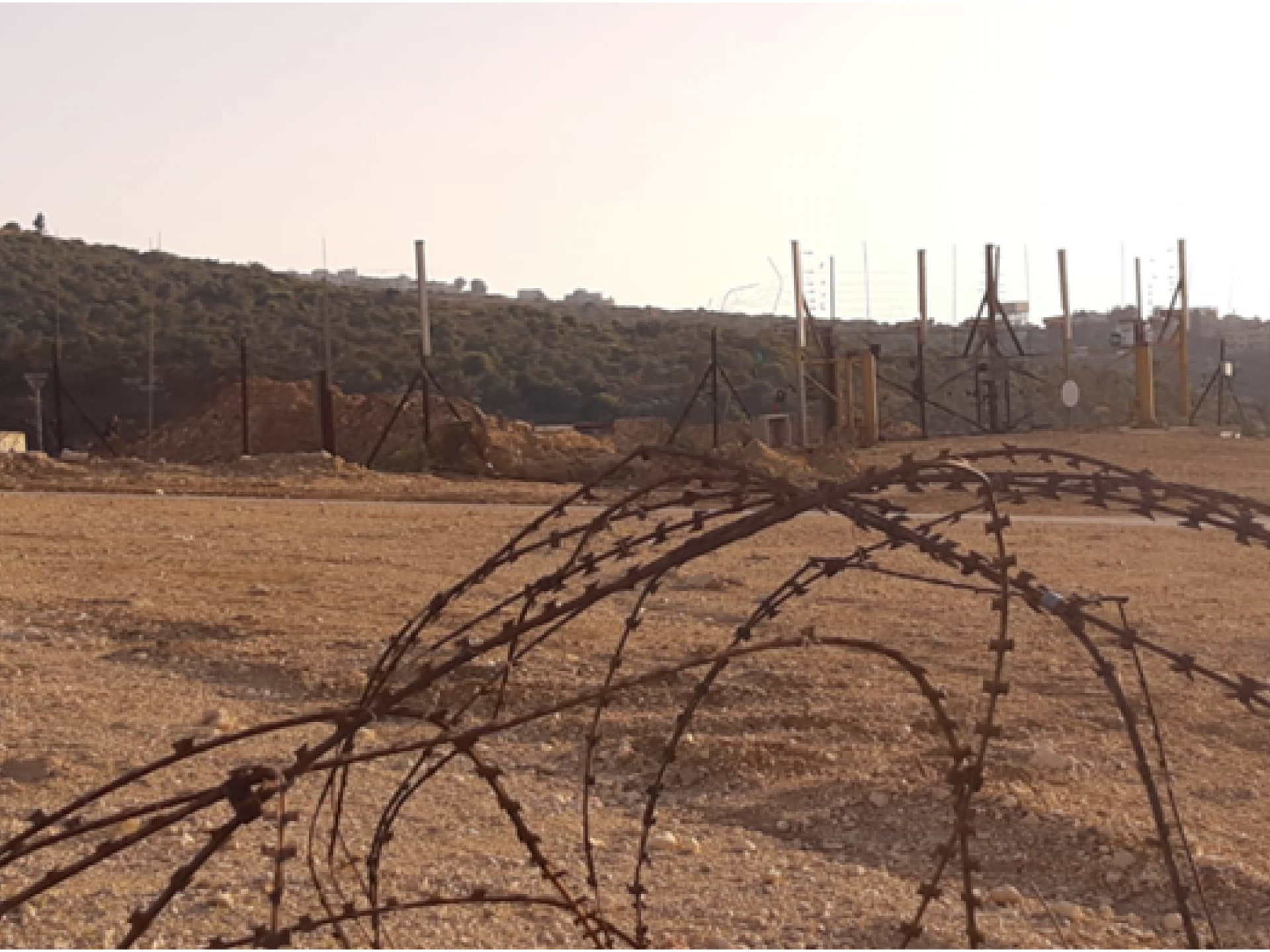 Photographer:
Shuli Bar
Between the two yellow pillars is the locked gate, to its left is the large gap, the pits and the mound of dirt 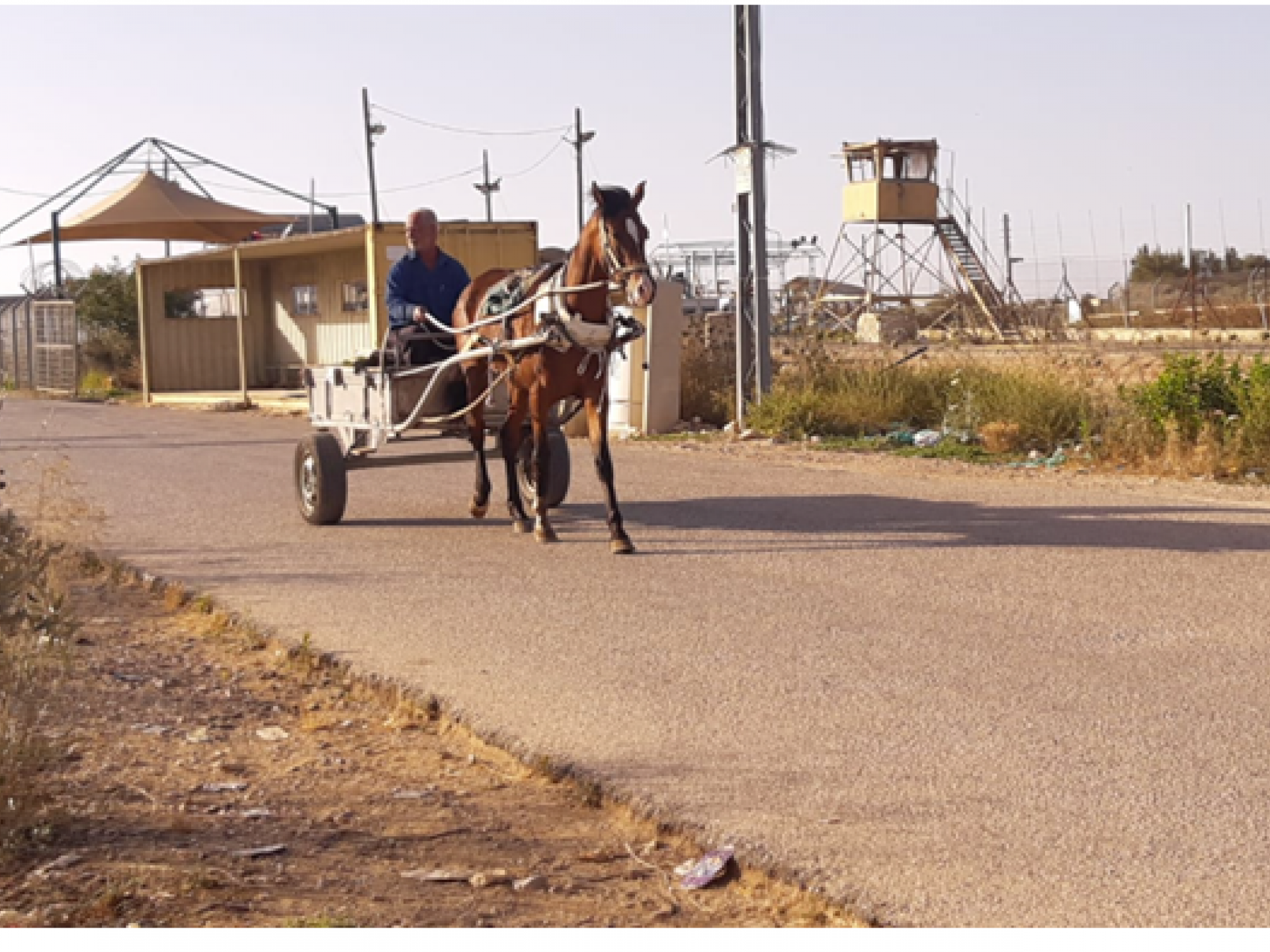 6:10 a.m.  We drove towards the junction of East Barta’a on road 611, to check whether the free passage from the West Bank into Israel through the seam zone was still alive, in the holes torn in the Separation Fence. For the past year it was very very happy here. Well, the pulse is there, but weak. At the junction itself several cars are parked, there’s a coffee corner, people wander around.

Along the road between Barta’a Checkpoint and Harish city we saw groups and individuals waiting for their transport to work, mostly constructing nearby Harish. On vice versa, quite a few transport vehicles were waiting along the roadside for these workers. Soldiers in this whole show we never saw. However, up above was the occupation’s wide-open eye – seeing, knowing, but shut. And our heads go dizzy asking why. Who profits from this game? Is there money handed over? Is it an intended policy? Or the political anarchy applied to security anarchy?

6:30 Aneen Agricultural Checkpoint opens Mondays and Wednesdays, but since it was torn open it is actually open 24/7

In recent months this checkpoint has attracted our special attention. It is meant to enable farmers from the Palestinian village of Aneen to go to their olive groves that have been caged behind the Separation Fence, but in fact it remains unknown whether the only two farmers who get there with their tractors would actually pass.

Two of the three checkpoint gates

are wide open and no longer lock shut. The lock of the middle gate that is supposed to remain locked and blocked has undergone such vandalizing that at times it cannot even be opened and the tractors return home. The rest of this crossers at this checkpoint have, do, and will cross it whenever they wish, not necessarily at the presence of soldiers.

The Military policemen arrived at 6:50, accompanied by very loud radio music, and took some minutes to open the poor lock and get the two tractor-farmers across. Two just men from Aneen who are not tempted to cross the hole in the fence.

7:15 at Shaked-Toura Checkpoint, which we name the quiet and filthy checkpoint. Apparently, it was opened in the past few minutes because movement was lively…

About 8 pedestrians only, and several vehicles arrived from the West Bank headed into the seam zone.

We used the new dirt track for the time on our way to drive to the lone house. A family lives here – parents and their two sons, who refused to evacuate their own land even for a sum of money in order to expand the Shaked settler-colony. The fence has detached them from the village and they remained on the settler-colony side. Before the erection of the fence, they had positive neighborly relations with it. In the meantime, the parents have passed away and the sons raised families and live together in a large estate surrounded by olive trees and junk.