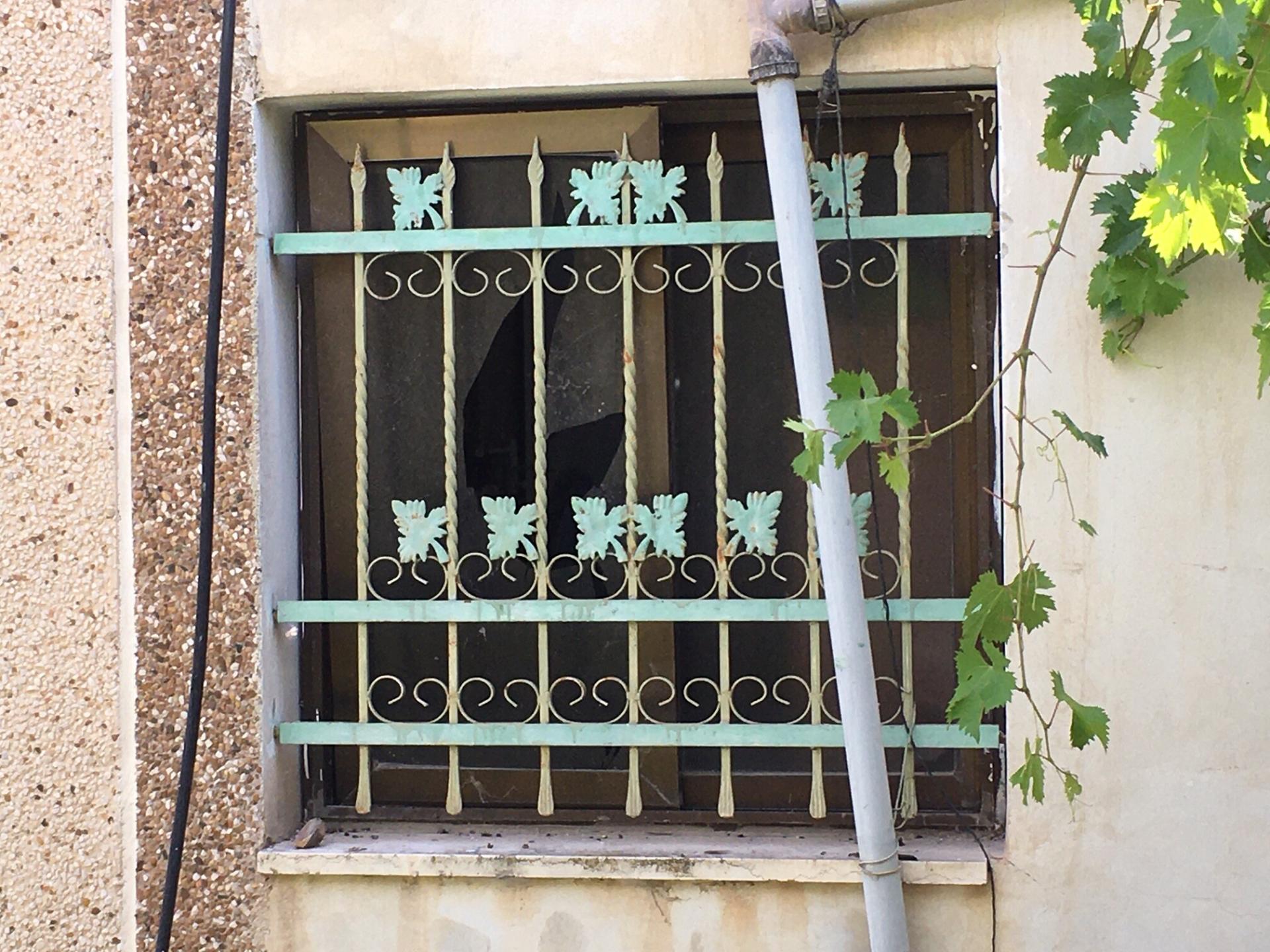 Outside, a shattered window 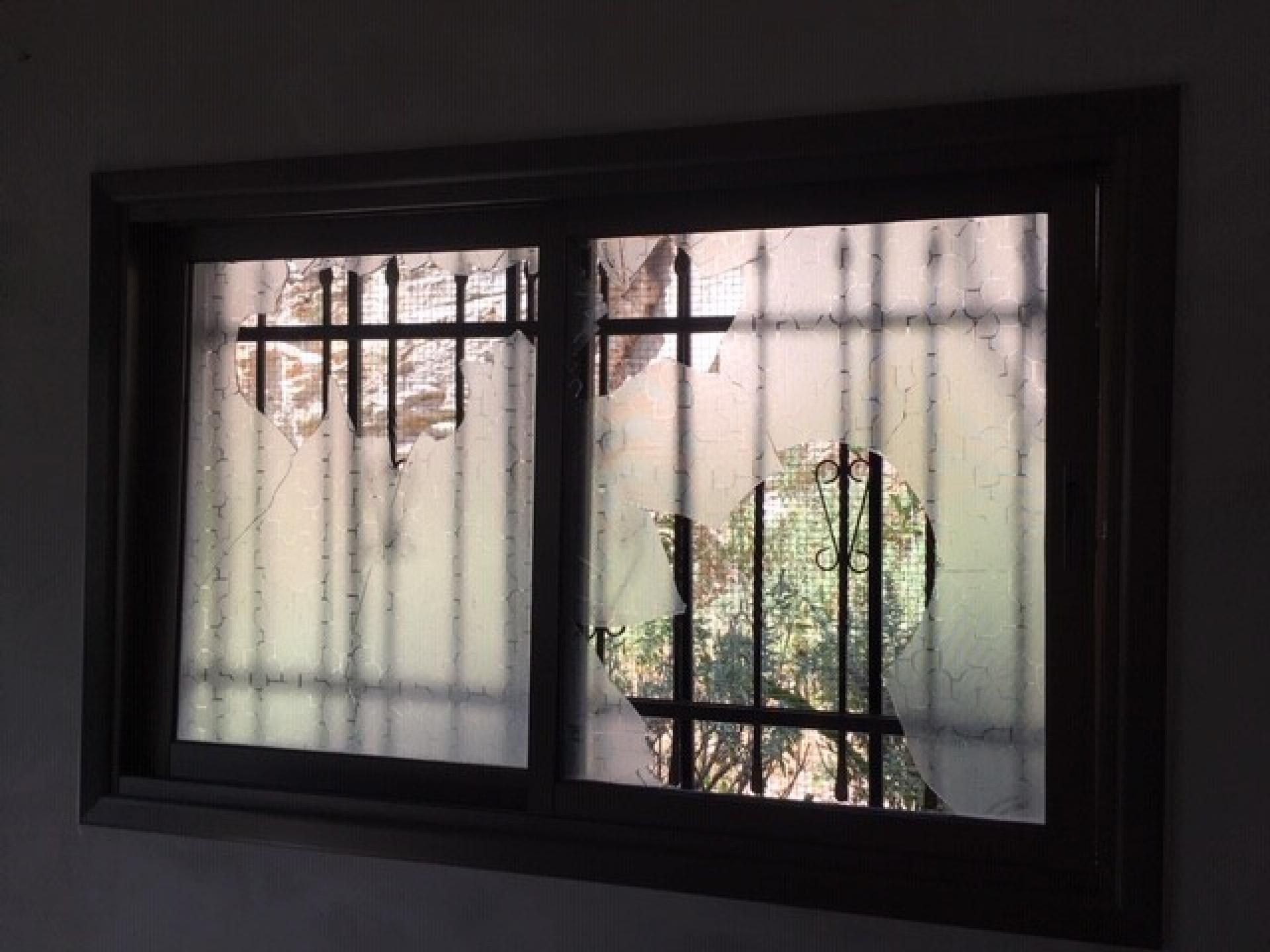 Inside, a shattered window 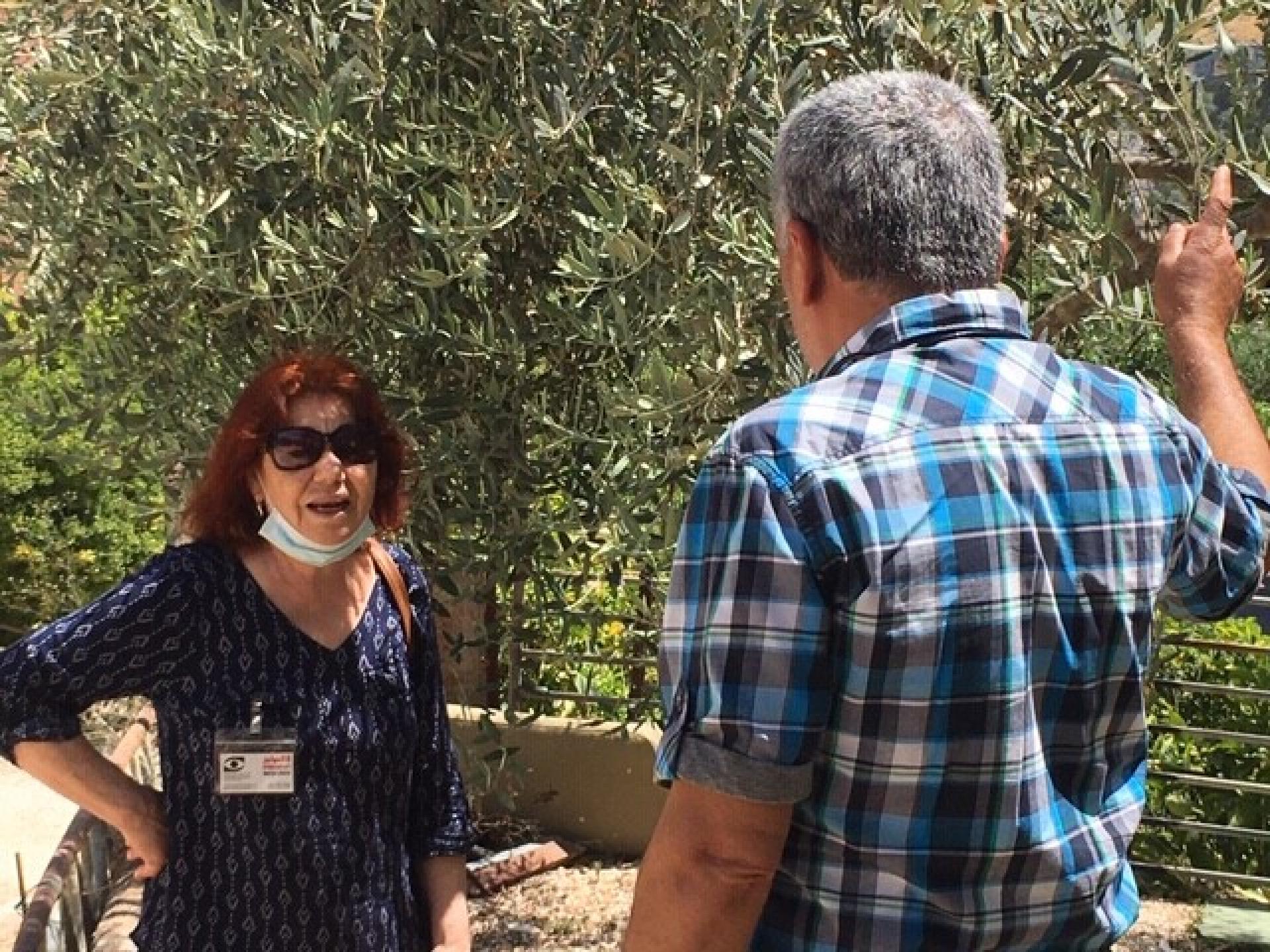 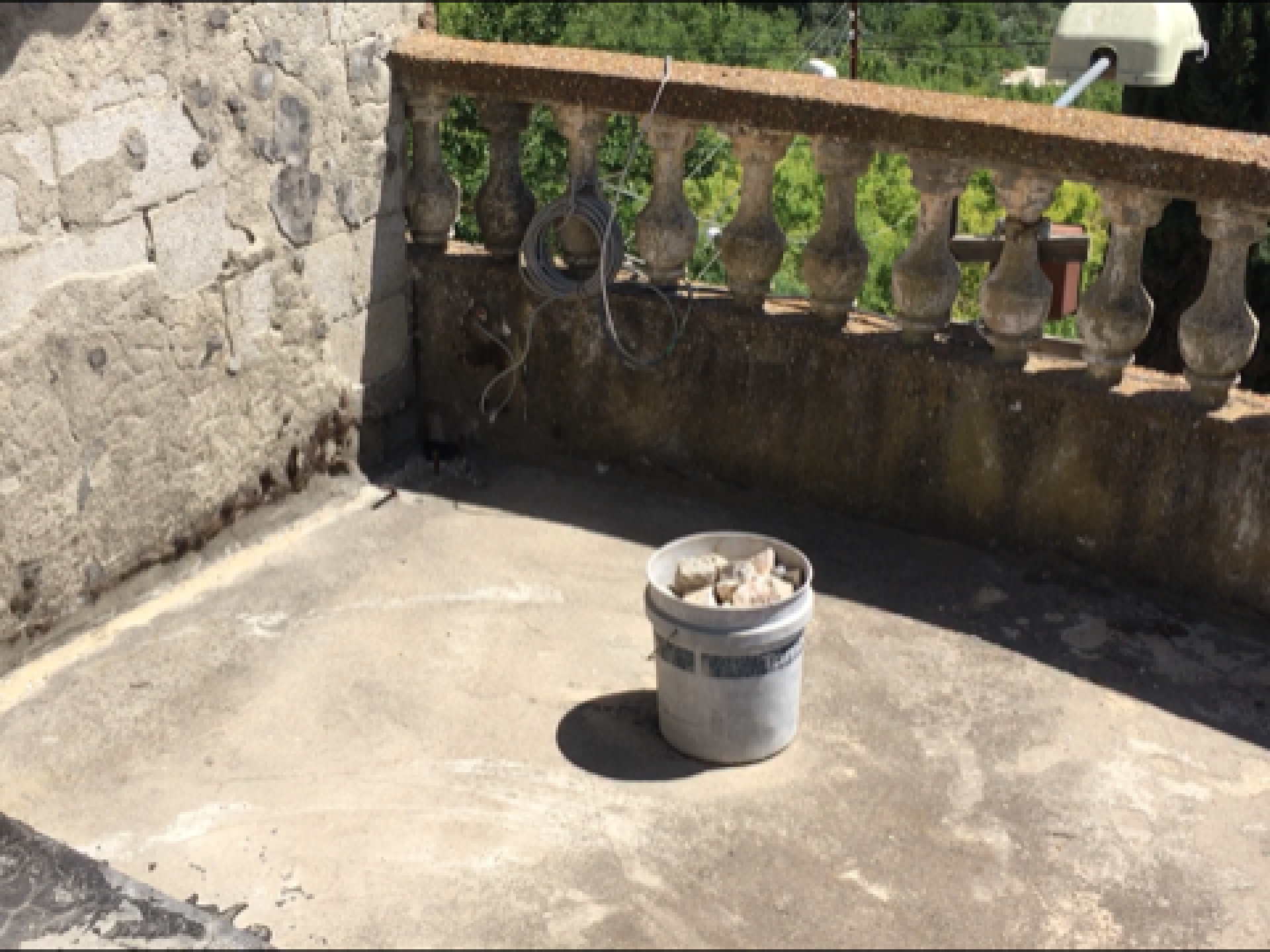 A bucket with stones for self-defense

We drove to Einabus because we’d heard that on Sunday, 7.6.20, settlers had attacked the village and set fire to one of its northern fields.  A man we encountered near the municipality building took us to see it and reported that owners of land near the outskirts of Yizhar aren’t able to work it because the settlers keep attacking and there’s no one to protect them.

When we arrived we learned that two buildings had also been attacked the previous day, at 15:30.  Vandals came from the hills above the buildings, threw rocks, and broke the windows.  D., our friend from Burin, brought us to one of them.  The owner invited us to the courtyard and the roof to show us the damage.  He was interviewed on video, explained where the settlers came from and how they damaged his home.  On one occasion they’d been accompanied by two soldiers.  He feels helpless.  He showed us a pail with stones for protection, to chase away the attackers if they come closer.  The pail sits in a low area that’s hard to reach, next to the opposite side – it’s clear to him that he hasn’t a chance.  The settlers watch his home from above, throw the rocks, and flee.  We sat with them for a long time.  His son, who lives with his family on the second floor, told us their situation has been deteriorating during the past two years as harassment by their settler neighbors grows increasingly bold, and they feel their land is being stolen.

His neighbor lives in a new house; he’s just begun to move into the ground floor.  He’s taken other protective measures.  Before he replaced the windowpanes he installed a sturdy metal screen on all the windows facing the hill overlooking the house.  You can imagine that it feels like to sit in the room opposite that scene.

We also drove to Urif, to the home of a family who is friends of D, but they told us there had been no problems in recent days.  On the way home, we stopped at D.’s in Burin and then returned to Israel.  At the junction beyond Huwwara we saw a large sign announcing a road bypassing Huwwara.