We left relatively early. The Meitar  checkpoint was crowded with cars. In Ramadan more permits are issued, not for purposes of work and we met such a group.

In general, on Route 60, there were  no roadblocks except at the Dura-El-Fawwar junction, where the soldiers also stood in concrete blocks with guns drawn, but did not stop the traffic. Also near the spring on the other side, Israeli flags flying. It seems that the soldiers have not come back from the weekend. Flags of black and orange decorate the pillboxes. The Dolev unit of the Kfir outfit.

The outpost of Eshtamo'a is expands. The building is on private Palestine land, without permits of course. Eshtamo'a expands. Without permits, of course. Demolition is a selective matter, As far as the Bedouin are concerned it is desirable. For the settlers it is a sacred duty.

At the exit from Kiryat Arba towards Hebron, a banner is hanging.

Hebron, while we were there was very, very quiet. Work on the drainage pipe has stopped in the middle and the road is really a dangerous place. All the checkpoints are in their place and very few people pass by.

Offer Ohana told Ido of Breaking the Silence that they are intending  to buy or have already bought the house on which 4 flags are hanging. While we were there the building was uninhabited and there were no soldiers. An abandoned and beautiful building.

51 years of occupation and when will it  end. 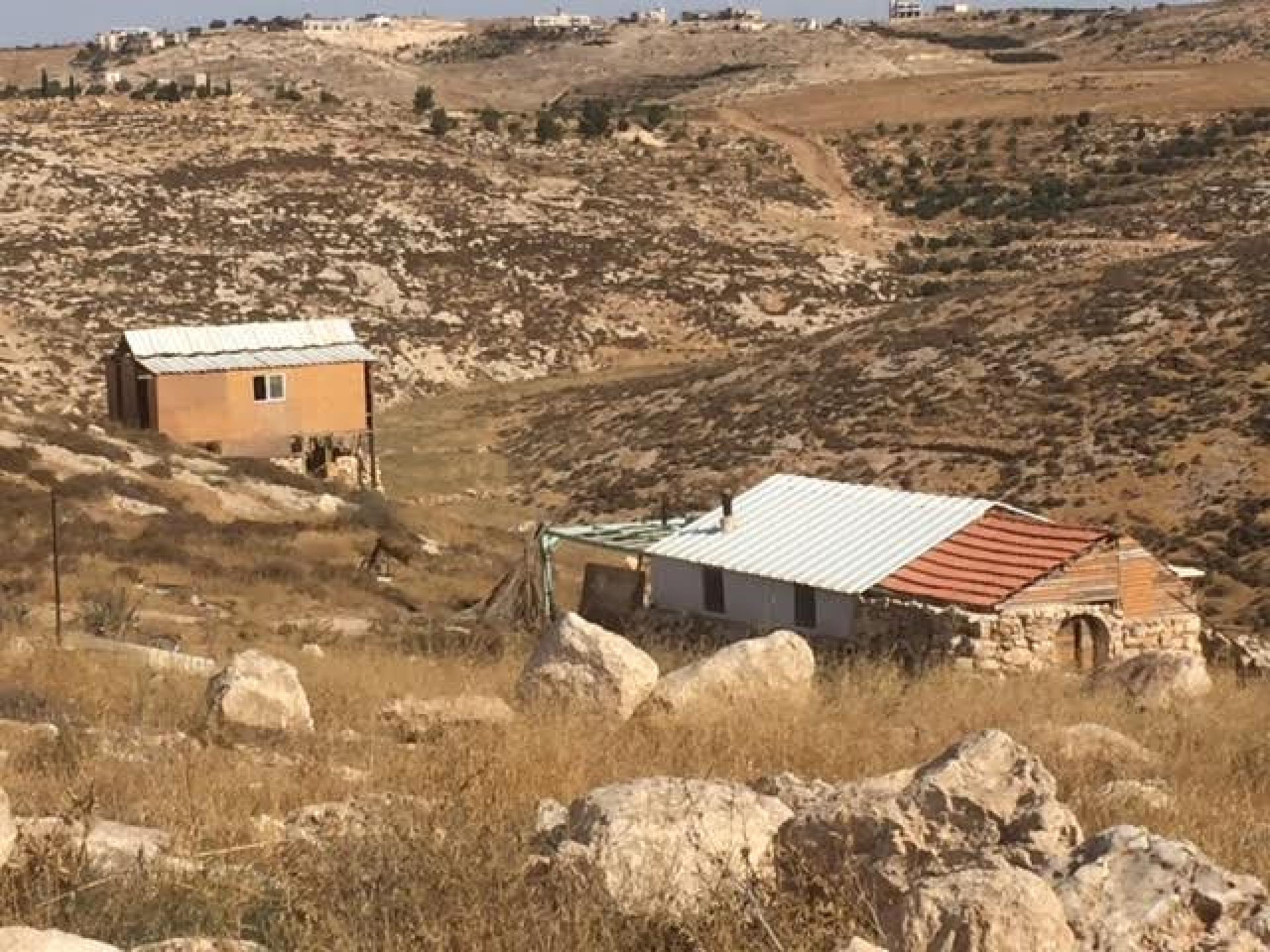 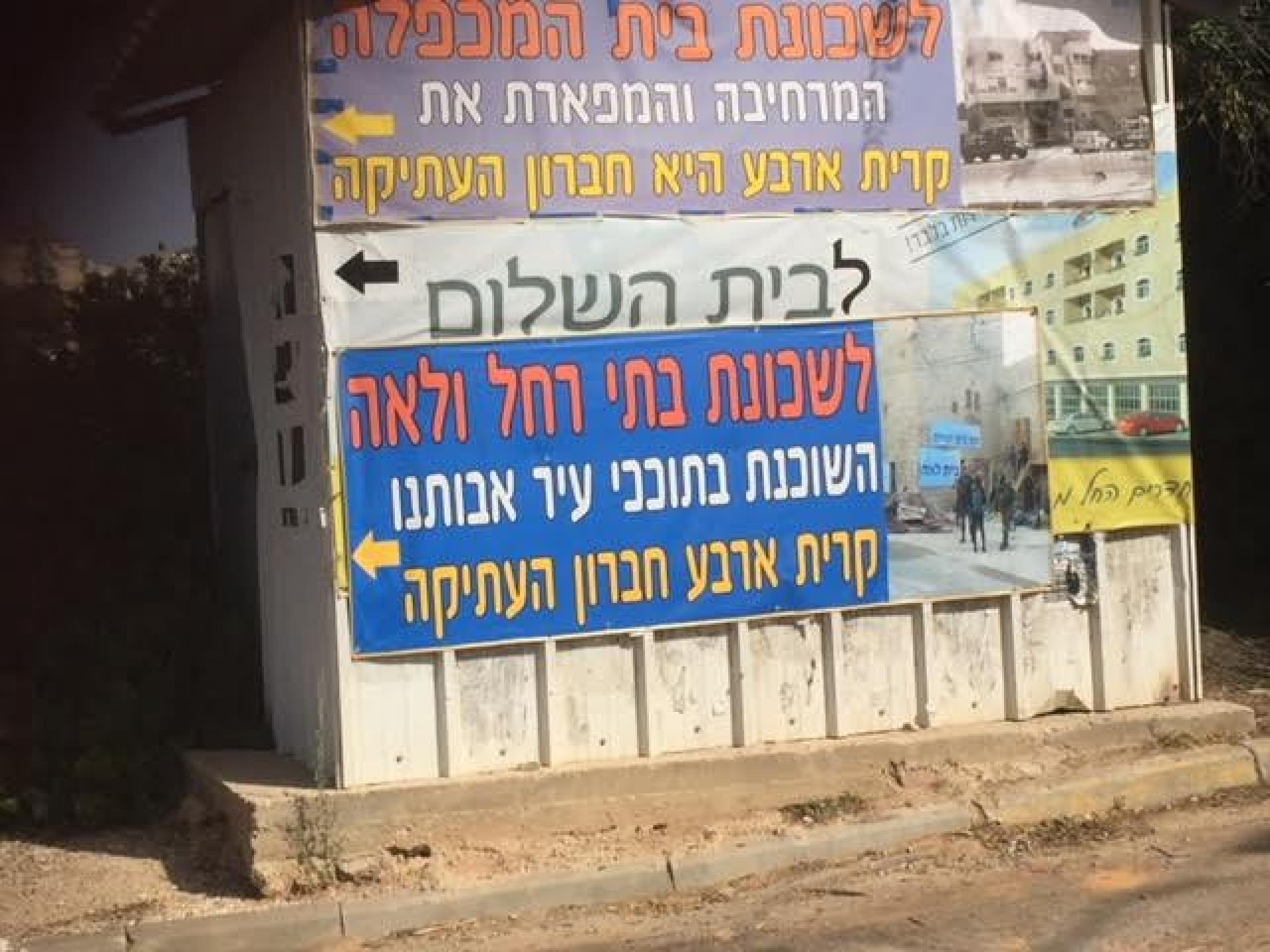 At the exit from Kiryat Arba towards Hebron, this banner is hanging
Photographer:
Hagit Back 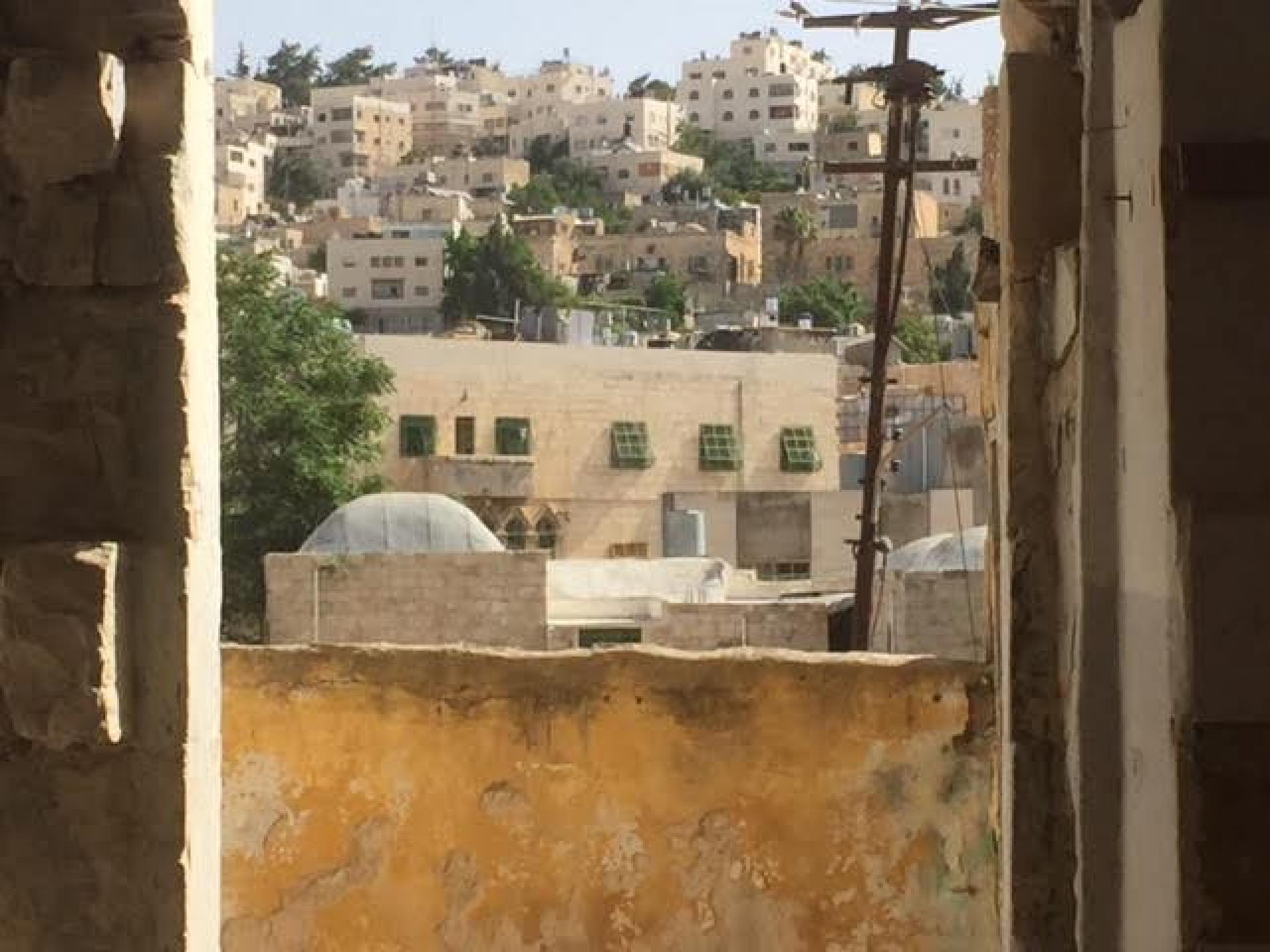 The view from the windows of the building in Hebron
Photographer:
Hagit Back 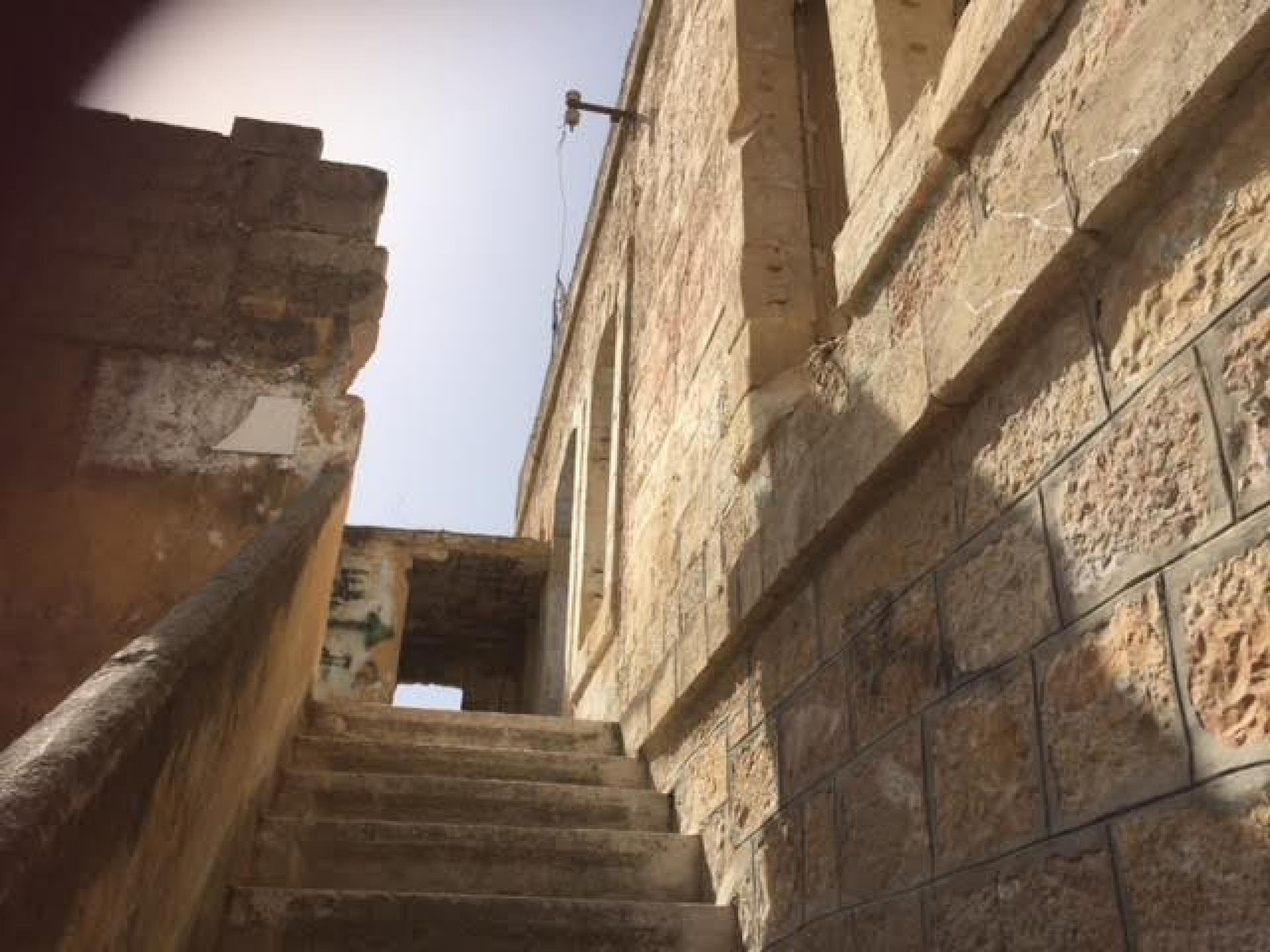