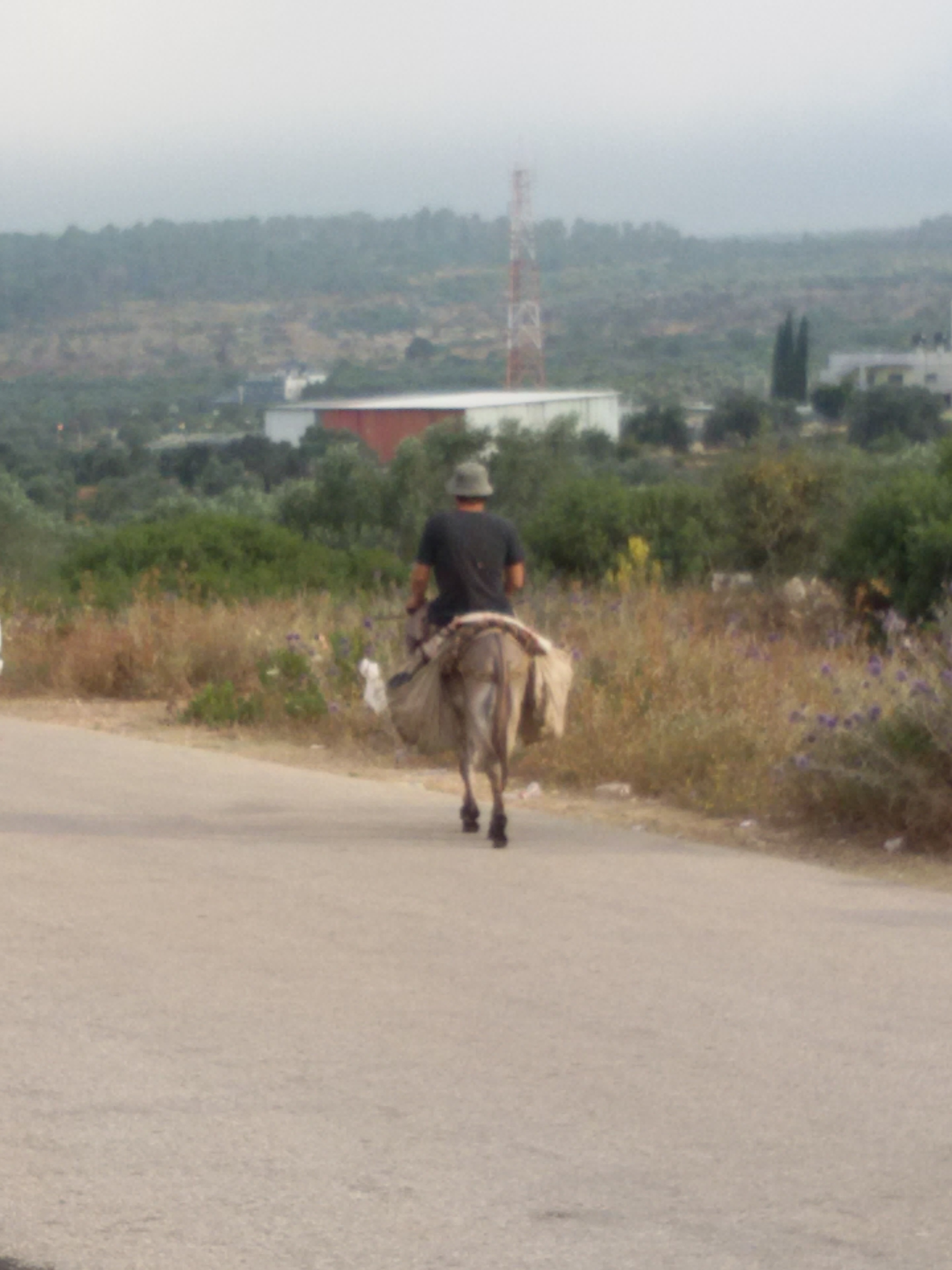 05:55 – the car park is amazingly orderly and without any ‘supervisers’. The outstanding order caught our eye with the empty walkway leading to the turnstile. Workers arrived now and then, and entered immediately. The absence of their blue lunch pails was obvious. No lunch pails, no plastic bags, no smokers – it is a morning of the first Ramadan week. B. and N. explained that the workers preferred to get there early, as soon as the checkpoint opens at 5 a.m. The meal just before the fast begins, Suhur, is supposed to end even before sunrise. Then the workers take off for their day’s work, which will also end sooner than usual. Some of them are through as early as 11a.m.-noon. Others finish at 1 p.m. They say their employers will pay them fully for their shortened workday.

At the carparks down the road from the checkpoint we see only a few vehicles. From afar a new carpark is seen, just recently made ready. At the top carpark, exiting the ‘sleeve

’, groups of workers waited for their transorts. Here too their blue lunch boxes were obviously absent, usually serving them as temporary seats while they wait. Answering our question, one of them explained that the manned inspection posts there now number 5-6, so passage was swift.

The cafe inside the ‘sleeve’ continues its routine.

06:30 – the checkpoint opened just on time. 50 farm workers crossed after having their papers checked at the internal side of the checkpoint. We watched three of them turned back. Others explained that one of them had no permit, the other did not ‘pass the fashion test’ (dressed too elegantly for farm work…), and the third had cash that the soldiers found superfluous on someone headed for farm work. An elderly farmer said that as far as he knows, about 10-15 men have already been prevented entry because they were found with cash on them. “Write this down”, told me a young farmer who saw me noting things in my notebook. I was reminded of Mahmoud Darwish’s poem, “Identity Card”, written in 1964,

“Write down!
I am an Arab
And my identity card number is fifty thousand
I have eight children
And the ninth will come after the summer”

Three tractors closed the line. We left at 7 a.m. 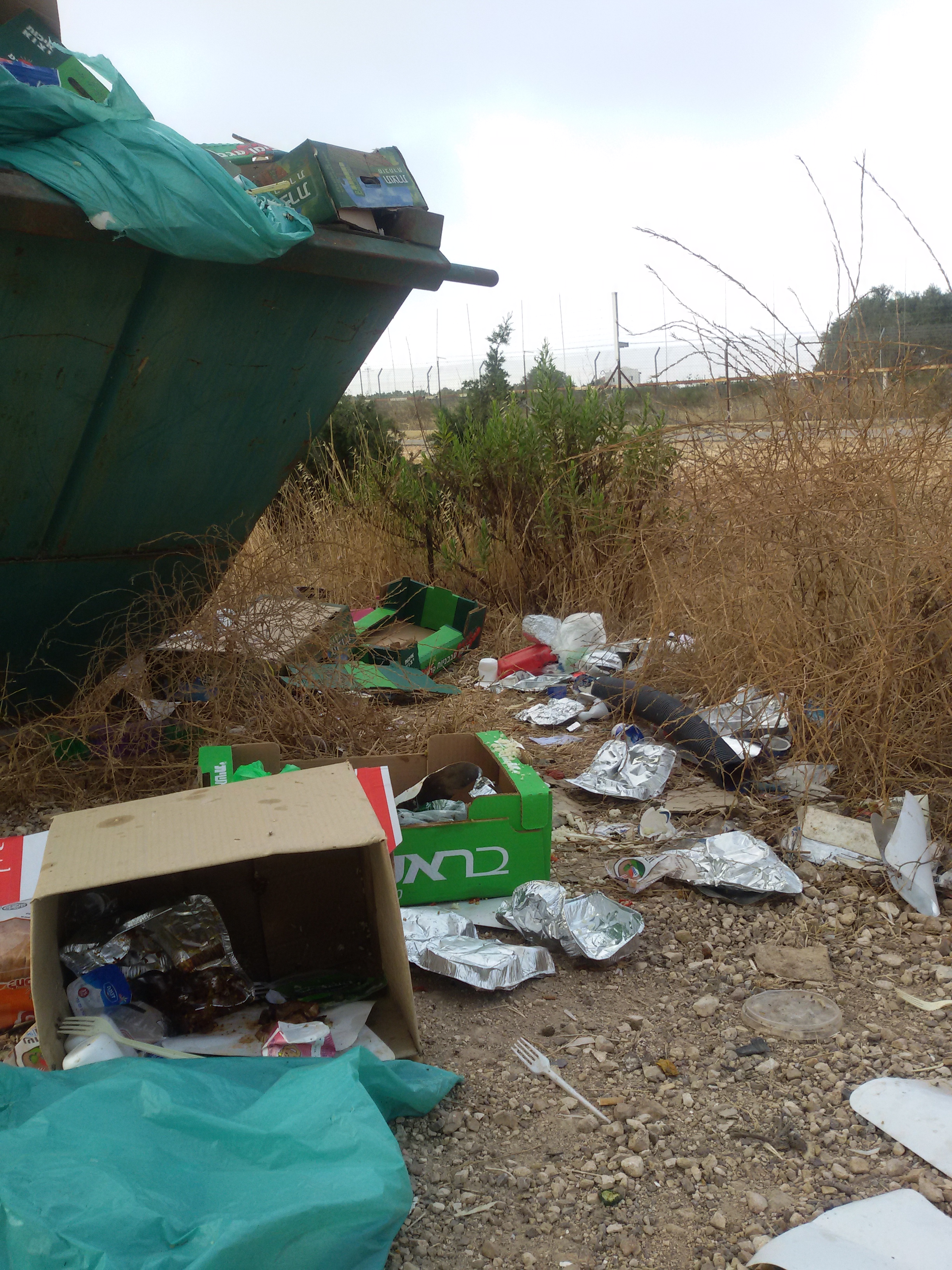 07:10 – the checkpoint was at its busiest. The opening hours on Thursdays through Saturdays, later by half an hour (unlike the rest of the week at 06:30), is especially distressing during the Ramadan month, when the workers prefer to begin and finish work earlier than usual. Car crossed quickly, waiting time near the turnstile was reasonable, there was some crowding at the turnstile itself.

We were greeted by the green dumpster that was overflowing with cartons and aluminum food trays. Our comment about the contamination by the trash thrown around was answered by a passing soldier, who noted it was nice that someone was worried about the environment, and that he would pass this on to his superiors.

The absence of schoolchildren was felt. We were told that no classes were held during Ramadan except for students up for their matriculation exams, and in fact all schoolchildren have now begun their 3-month long summer vacation.