We arrived at the Meitar checkpoint at a quarter past six. The images are like those of  the Third World, but the checkpoint works as it should, and apart from the dirt and ugliness, no one has any complaints, except for a few older Palestinian workers who want to pass through before eight and they are not allowed to do so. At seven the families go through to visit the prisoners. The administrator came to remove us from the area (the Palestinian side of the checkpoint) when he saw the cameras photographing Leah who was explaining to the students what the checkpoint was about.

The picture below shows the chaos that there is in the mornings. 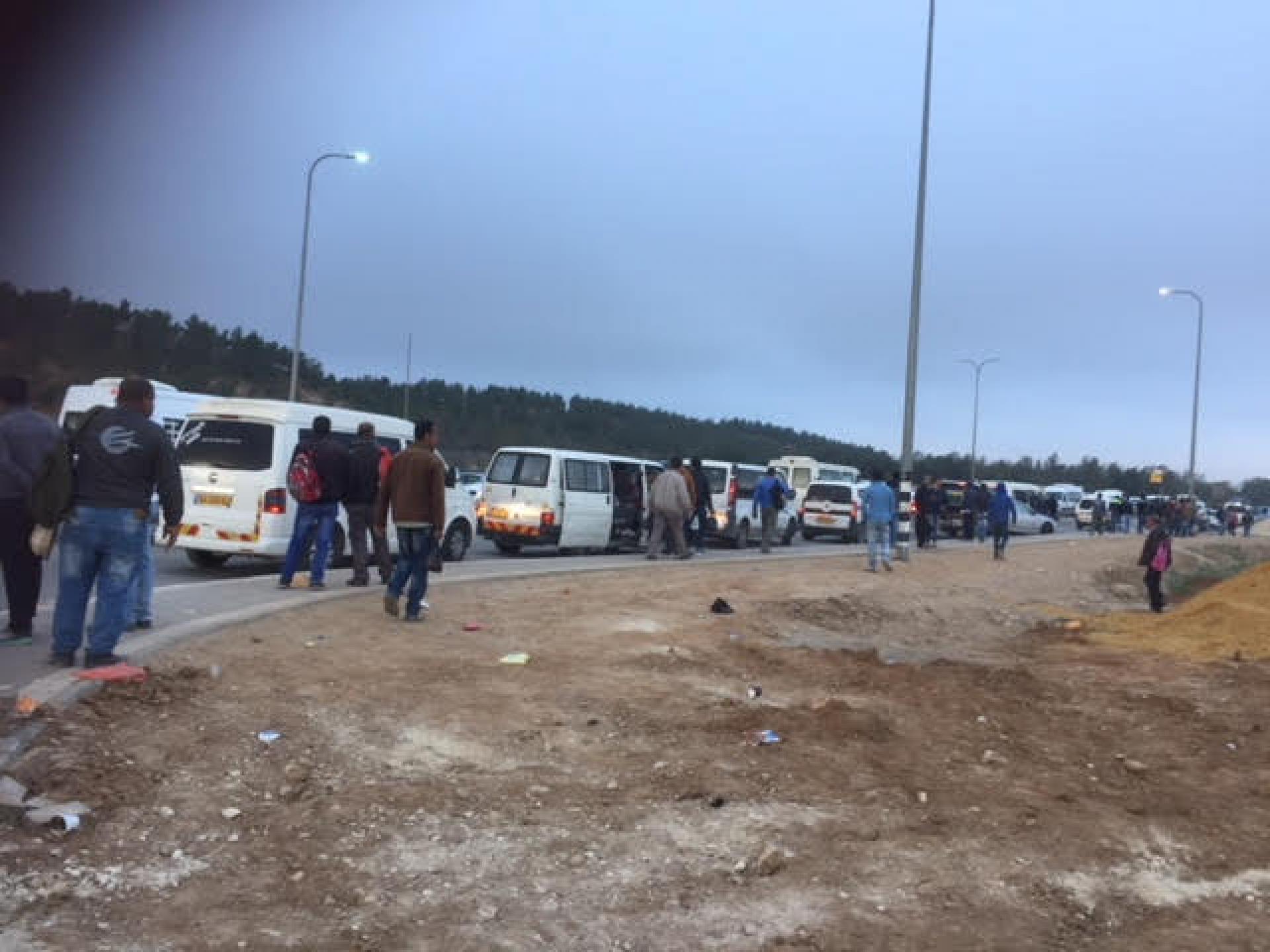 The chaos in the morning
Photographer:
Hagit Back 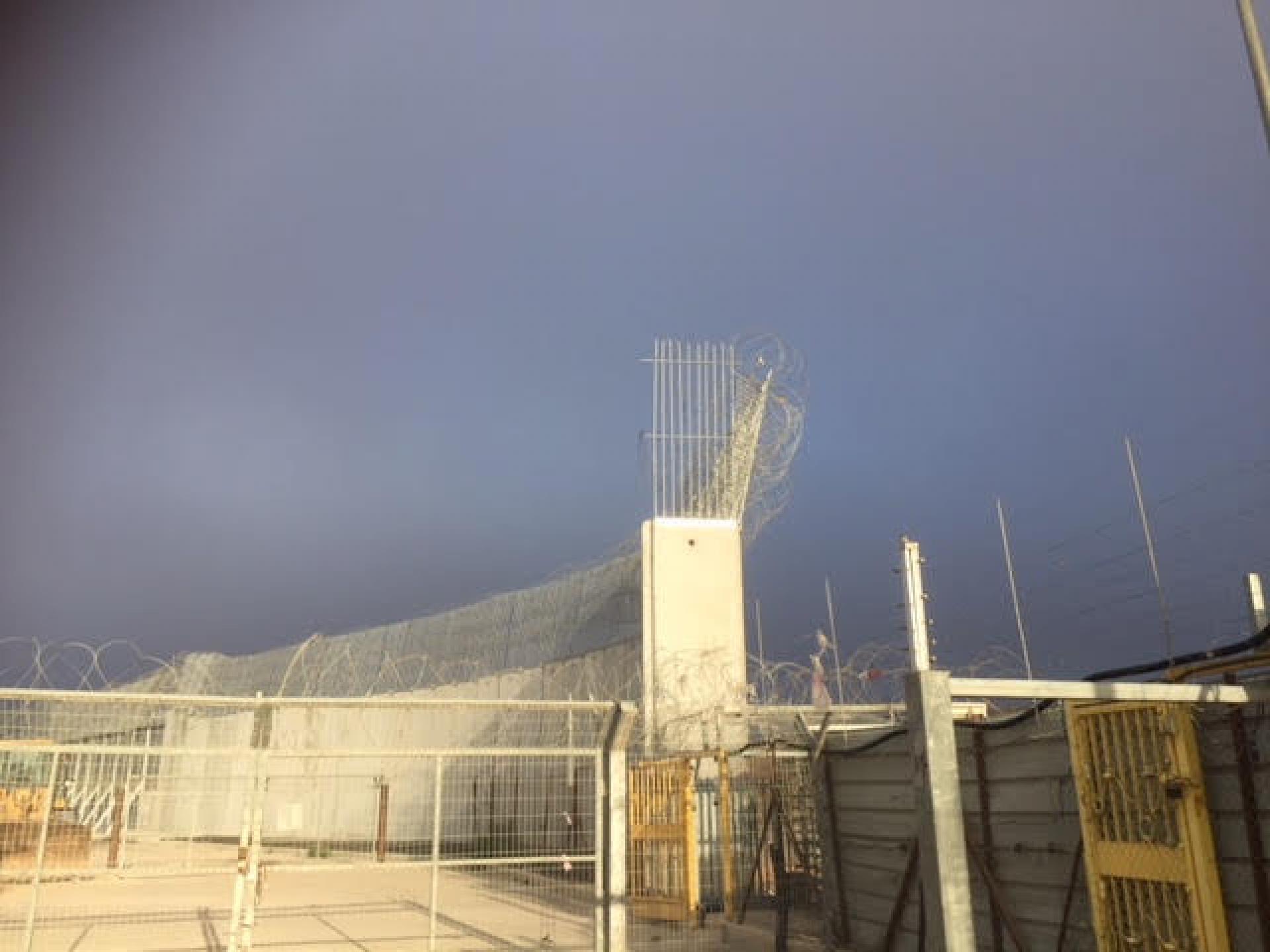 The look of the wall at the checkpoint
Photographer:
Hagit Back

On our way back we saw the illegal workers and how the wall does not bother them.

In the picture below: The gates

A little further down next to the girls' school there are gates which close at the whim of the big brother. Last week they were closed and a protest broke out. Today only the gates in the picture are closed.

B'stelem will give them cameras.

After Hursa we returned to road 60.  Soldiers are stationed on both sides of the road at Abda.

But the real story of the day is what happened at the checkpoint of the 160 turning.

When we got  there, there were riots and clusters  of schoolchildren on the other side of the checkpoint and many children on the other side. The soldiers had arrested a boy of 13. When we tried  to find out what had  happened, Tal, the soldier, called Leah a traitor, a passing  settler told  me that I am the scum of the human race. Tal was very aggressive and tried to send us  back and photographed me. Meanwhile, the teachers came from school and tried  to persuade the soldiers to let the boy go. I tried to contact the Civil Administration that had no manpower to send. Tal did  not give up, it seemed to us that if we left he might come down from his high horse.  I went to the police station at the Cave of the Patriarchs and told them that the situation looked very volatile.

The Border Police shot  more shots in the air and the conflagration intensifies.

While we were at Abed's, the boy was taken to the police station in Givat Ha'avot.  I was afraid that I would only make the situation worse, so I called Gabi Lasky who answered immediately and said the situation should be left to her. The child's parents came to the police.

In the picture the routine of the occupation at Abed next to the Cave of the Patriarchs. 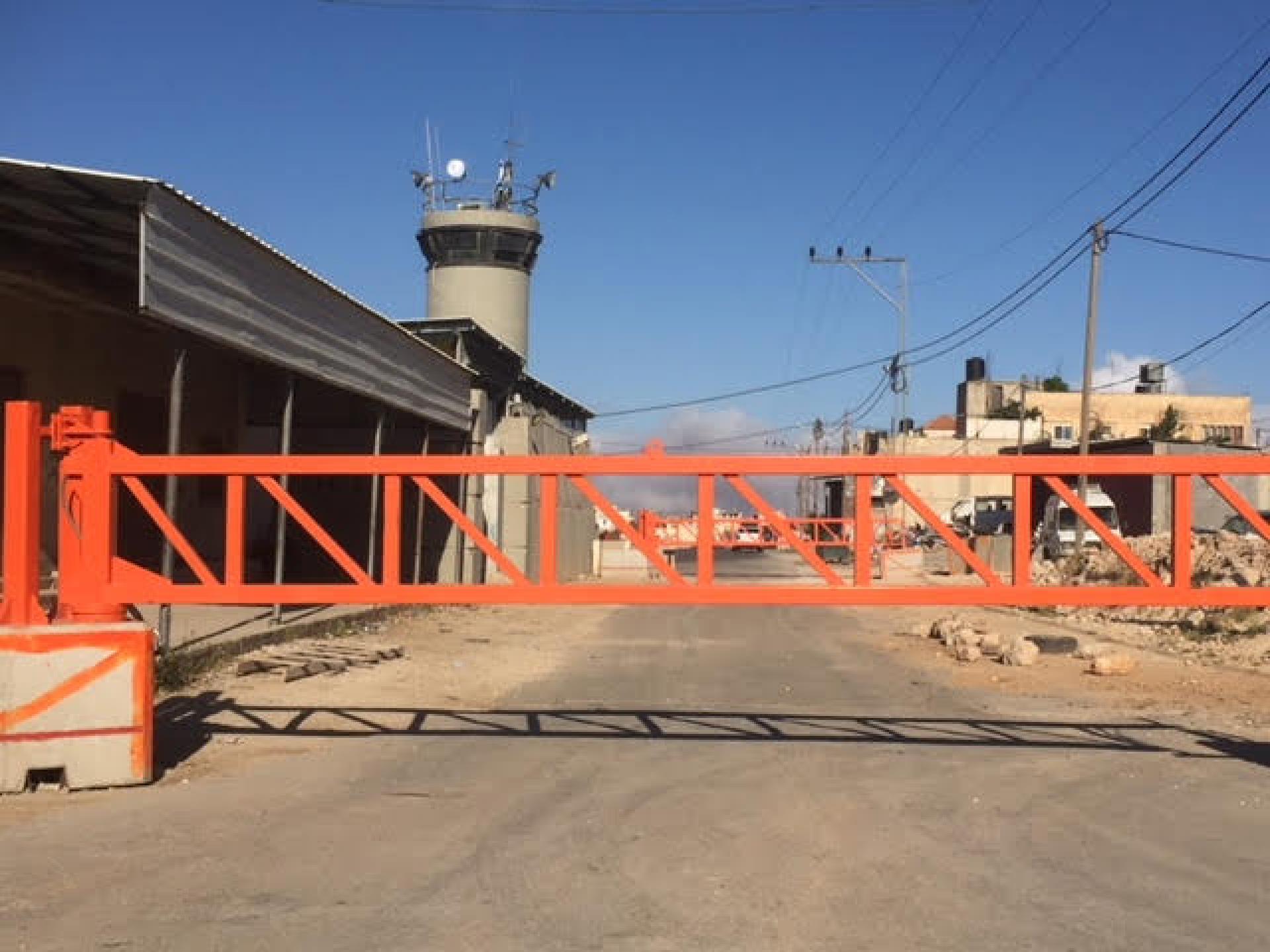 The gates at Hursa
Photographer:
Hagit Back 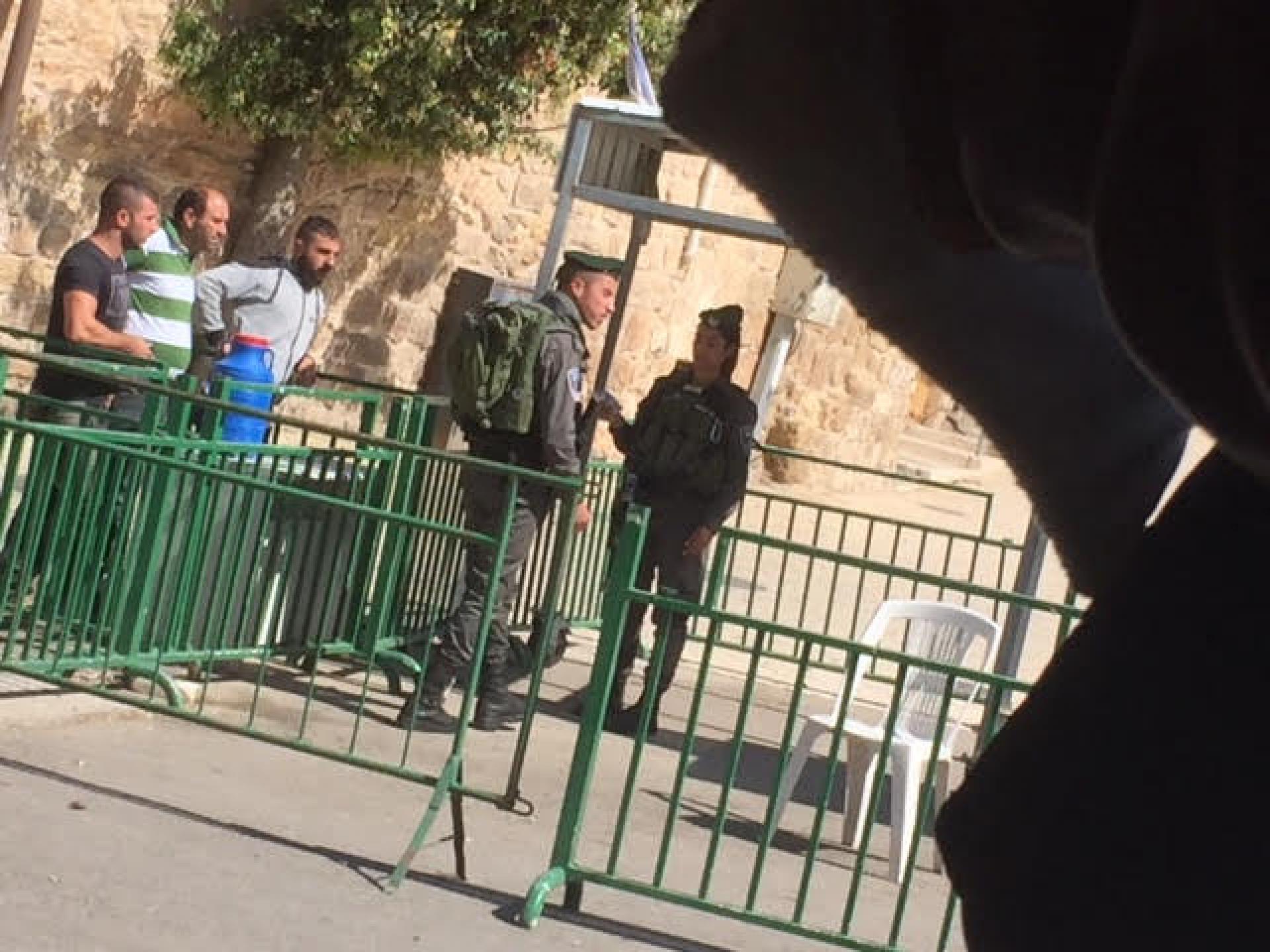 Occupation routine at the checkpoint next to Abed
Photographer:
Hagit Back

Our visitors photographed the entire shift and Leah.