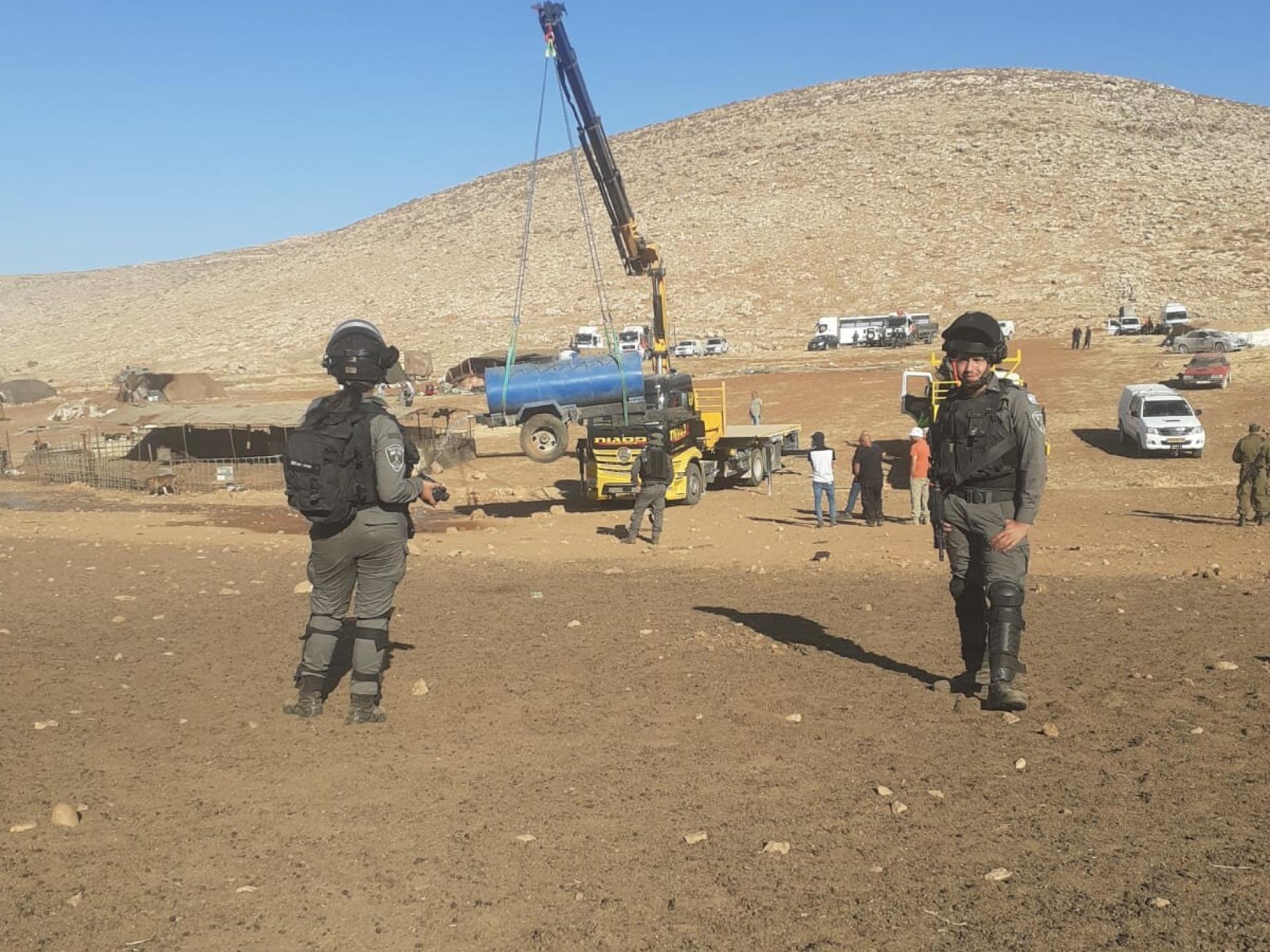 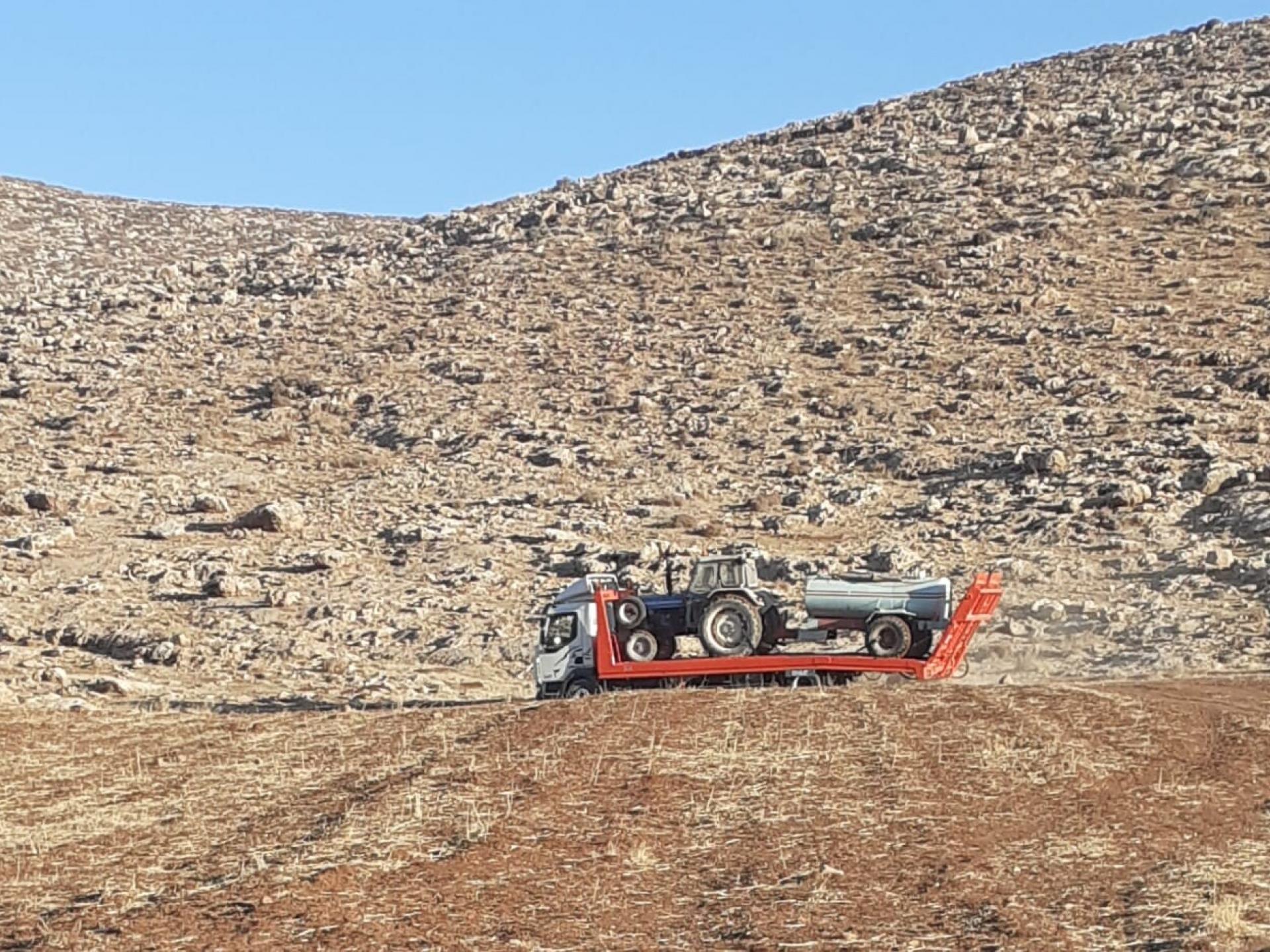 After a month’s delay, we again took Maryam, who had been blind, to Jericho for a checkup. It is amazing – the difference between total blindness (at the beginning of the treatment) and partial sight (now). When we made the last arrangements to enter the clinic, Maryam disembarked and walked alone to the clinic - this same woman who a bit over a year ago could hardly walk, step by step, leaning on me, and not able to take a single step on her own.

Still the visit was disappointing, as in spite of the great improvement in her eyesight, the problem of severe diabetes has not been solved, and if she does not get 2 injections every month, her blindness will return. The money we collected has run out long ago, and I personally financed the two last treatments.

This was the first time we drove into Jericho, not by cab. Along the clear, wide streets are fruit stands with various citruses, lots of bananas and fresh vegetables. Many residents see two Ashkenazi-Israeli women in an Israeli car, and smile. We lost out way a bit, and saw one fancy hotel, Istiklal (Independence) University, and a square with a sculpture featuring the map of (the entire) Palestine.

After returning Maryam home, we drove to the area between the settler-colonies of Mekhora and Gitit, west of Allon Road, where a new outpost has been erected. We found a large tent, a combine and other work equipment, and a fenced-in area serving as a cowshed. There was one cow there. We saw the entire flock below, not far from the main road (Allon Road). There was not a living soul in the outpost except that one cow. A new, white dirt road leads to the outpost from the Allon Road, and a paved road ascends from the outpost to the west towards Itamar. Thus the violent outposts of Itamar invade the Palestinian Jordan Valley.

Ras A Tin
Except for the clothes they were wearing, everything belonging to the small Bedouin community of Ras A Tin was confiscated and taken from them on July 14, 2021. 13 families including 51 children were left outside in the seething summer heat with nothing. Literally nothing. Tents, rugs, solar panels – all was taken. Even the water tanks were emptied by the army and confiscated along with the tractors that carry the most basic of necessities – water!!

The villagers of Ras A Tin did not resist, being used to bend their heads when the occupation injustice hits them. They stood aside and could not believe that such meanness could take place.

It is not clear what caused this crime against humanity, except the pressure exerted by settler-colonists in the nearby illegal outposts. The people of Ras A Tin, who were originally expelled from Beer Sheva in 1948, have been living since 1973 in a place adjacent to the quarry of Kochav Ha-Shachar. They are peaceful shepherds who lease from the villagers of Kafr Malik and Mughayer the private lands on which they raised their tents. They pay regular rent, graze and sow wheat and barley. They used to graze further out, but now Elhanan, their neighbor from the illegal outpost ‘Ma’achei Ha-Shalom’ summons the Israeli army that chases them away from their grazing grounds on the false grounds of ‘closed military zone’. Elhanan grazes there freely, of course, protected by the army.

A month after everything was confiscated from them, the army enabled the villagers to receive their belongings at the price of 9,312 shekel per family.  (!) Yes – the rich and strong power called Israel steals 9,312 shekels from these people without batting an eyelash. And what will the 51 thirsty children say, whose parents cannot afford to pay 9,312 shekel?