Marda, Iskaka and Qabalan, located in the Salfit and Nablus vicinity | Machsomwatch
Skip to main content
Back to reports search page

Marda, Iskaka and Qabalan, located in the Salfit and Nablus vicinity

09:30  No plant nursery trucks at Eliyahu checkpoint.  Five cars at the inspection station in the shed.

We continued to ‘Azzun to drop off parcels.

The village is located north of Ariel.

The head of the municipality, a dentist, was working in his clinic.  His deputy is abroad.  There was no one to speak with.  We wanted to see the ecological farm we’d visited a few years earlier.  The secretary didn’t know of it but a guy we ran into showed us the way.  Unfortunately, the farm’s owner was not there and it was closed.

We got on highway 505 and continued to the Tapuach junction. 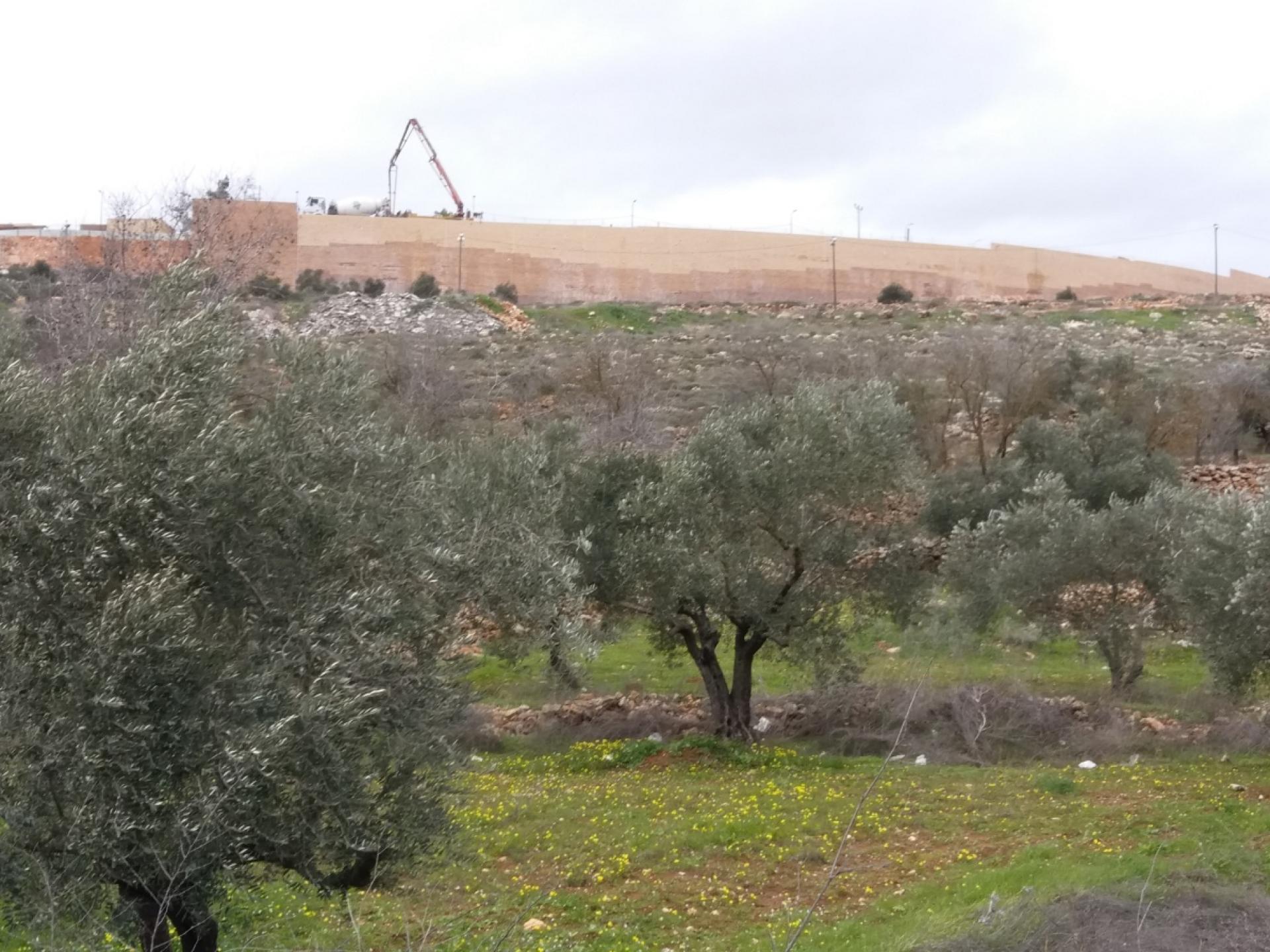 The wall hides the massive construction in the settlement of Rehelim
Photo:
Shoshi A 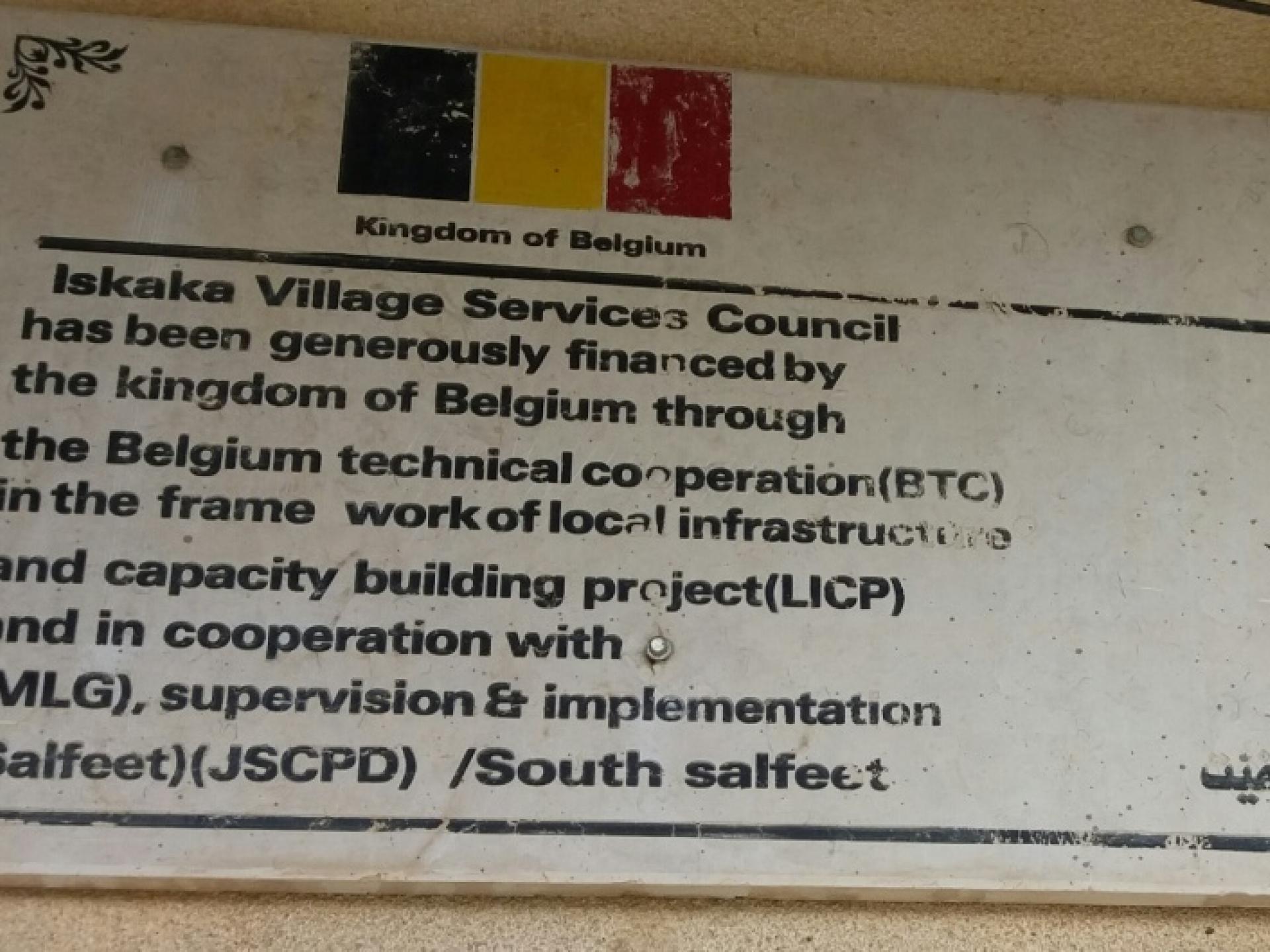 A sign at the entrance to the Iskaka Council
Photo:
Shoshi A

We picked up a hitchhiker who told us he’s a senior official in the Palestinian Authority.  In 2002 he was jailed for three years in Israel; consequently he can’t get a permit to pray at Al Aqsa.

The head of the municipality isn’t there and we continue eastward.

A wall on the right conceals the extensive construction in the Rehelim settlement, where the Pri Ha’aretz yeshiva is located.  The Jewish terror suspects are enrolled there.

At the municipality we met a few people who were willing to talk with us.  The building is large, spacious and modern, unlike any we’ve seen on the West Bank.  It even has central heating.  It was funded by the Palestinian Authority.  The director of the municipality has been in his job for only three months and still isn’t well-versed in all the details.

Qabalan has some 8,500 inhabitants.  The municipality includes the neighboring villages of Talfit, Jaloud and Jourish.

Water – Mekorot is responsible for water supply.  The settlements have priority over the Palestinians.  Difficulties exist primarily during the summer.  Though some homes have wells, there’s barely enough water for one month.

Electricity – supplied by the Israel Electric Company.  There are no problems.

Olive harvest – There’s no end of problems.  As is the case in all villages surrounded by settlements (Eli, Rehelim), there are areas they’re not able to access.  During the harvest they’re harassed by the settlers.  They’re chased away with sticks and rocks.  The residents own some 150,000 dunums.  Most are planted with olive trees.

A week ago settlers threw rocks on Rami Hamdallah, the prime minister.

Many residents of Qabalan work in Israel.  They enter through the Eyal checkpoint.

Approximately 15,000 residents live in the village of Salfit in Area A. The periphery villages associated with Salfit governorate (18 in number) have 75,000 residents. Around them live 60,000 settlers in 24 settlements (In the past there were violent demonstrations in the village against construction of the separation barrier). To the village big agricultural area between Salfit and Ariel, farmers can enter only in coordination with the Israeli DCO, once a year for picking and plowing, through three seasonal checkpoints: 4008, 4012, 4017. Ariel's wastewater flows towards the springs of Salfit and the operation of the purification plant built by a German company is delayed so far.

Qabalan is a small Palestinian  town (Nablus governorate) Area B.
According to the mair, the population consists of 8000 inhabitants (2012).
Water: The inhabitants suffer from a severe water shortage at least since 2002. The minimum quota according to international standards is 100 liters per capita per day -  the supply is not close to this amount.
The inhabitans make a living from orchards: Olives and some fruit trees, Also. permit holders can work in Israel after passing through the Eyal checkpoint.

Not far from the agricultural areas of the Qabalan inhabitans, situated the settlements: Tapuach and Rehelim.