At the Meitar checkpoint, the parking lot is packed with cars. Apparently a lot of workers passed this morning.

In general the road is desolate. There is no checkpoint in Samu'a, there is a checkpoint in Dahariya. The pillbox at Avda works, so they opened the blockage.

A military vehiclestands next to the pool next to the Dura-alFawwar junction. There is no blockage but the soldiers stand at the concrete blocks. Traffic flows.

At the entrance to Hebron the settlers placed the sign in the picture below. This synagogue is being rebuilt on private Palestinian land. The sign says that Kiryat Arba is Hebron and that it is in memory of Yehezkel Moalem and Davied Cohen who were murdered

Below: Instructions on how to get to various place as if there are no Palestinian neighborhoods in the area.

Every Thursday, a flea market is conducted in the middle of the street above Gross Square in H1, but this  does not prevent soldiers from entering.

We went up to see the roadblocks in the Tel Rumeida neighborhood above. They are ready to operate and I think that by Rosh Hashanah (the Jewich New Year) they will be activated. The soldiers ran to tell us to get off and how dangerous it was.

The house of the Patriarchs filled  with settlers praying. Two of them come out and are well  guarded by two of the border police.

In the picture below - The pillbox in the middle of the village of Hursa.

In the picture below: The soldiers who occupied the roof of the family home. They've been there for a month and a half. The pillbox is not working yet. The family is suffering greatly  and the soldiers are not exactly and not always polite.

The description is an understatement.

The squills are blooming (which shows that summer is ending), it is already cooler and a pleasant breeze is blowing.

A new year is at the door and it does not look as if it will be better than the last. 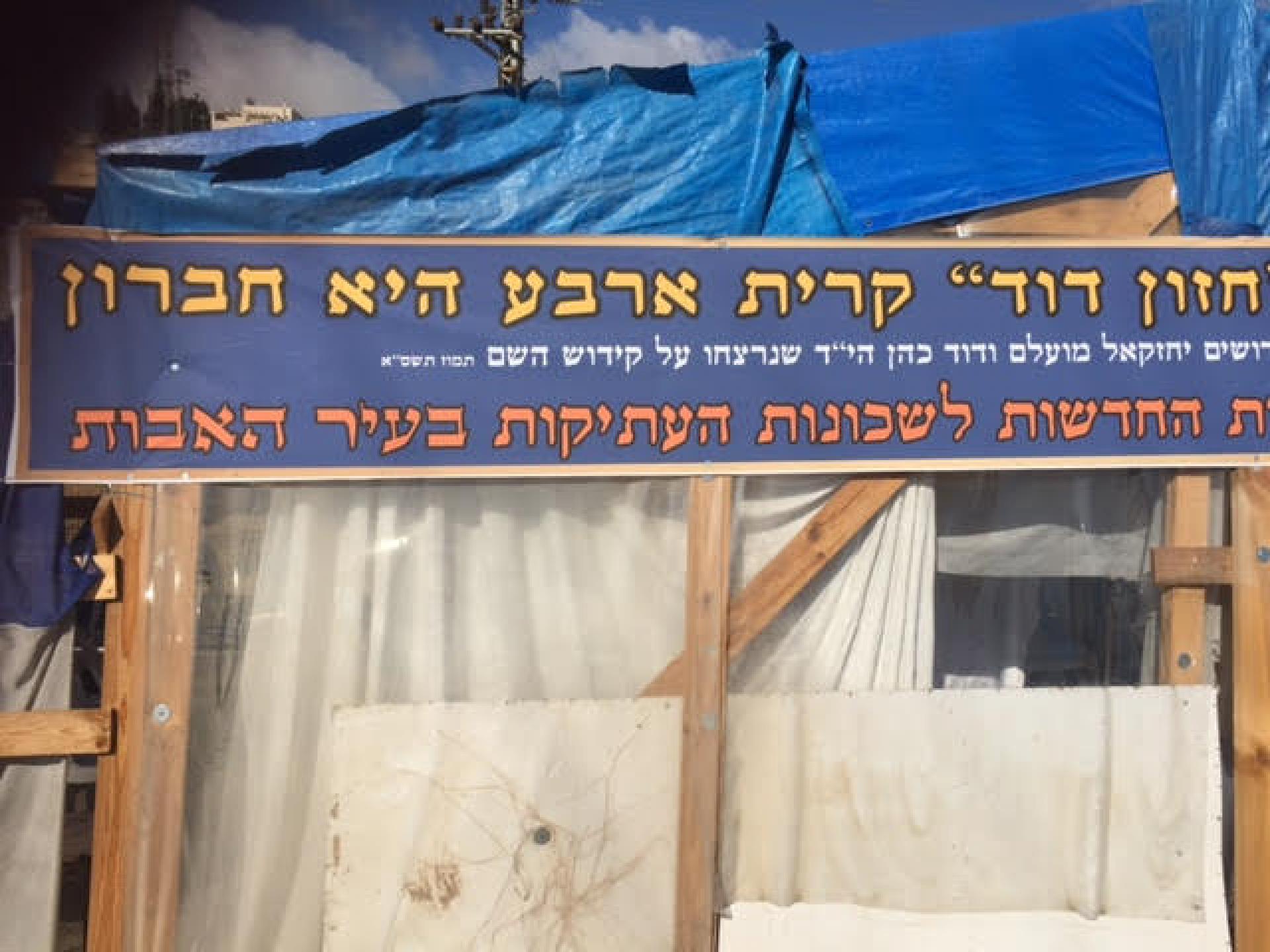 This synagogue is being rebuilt on private Palestinian land
Photographer:
Hagit Back 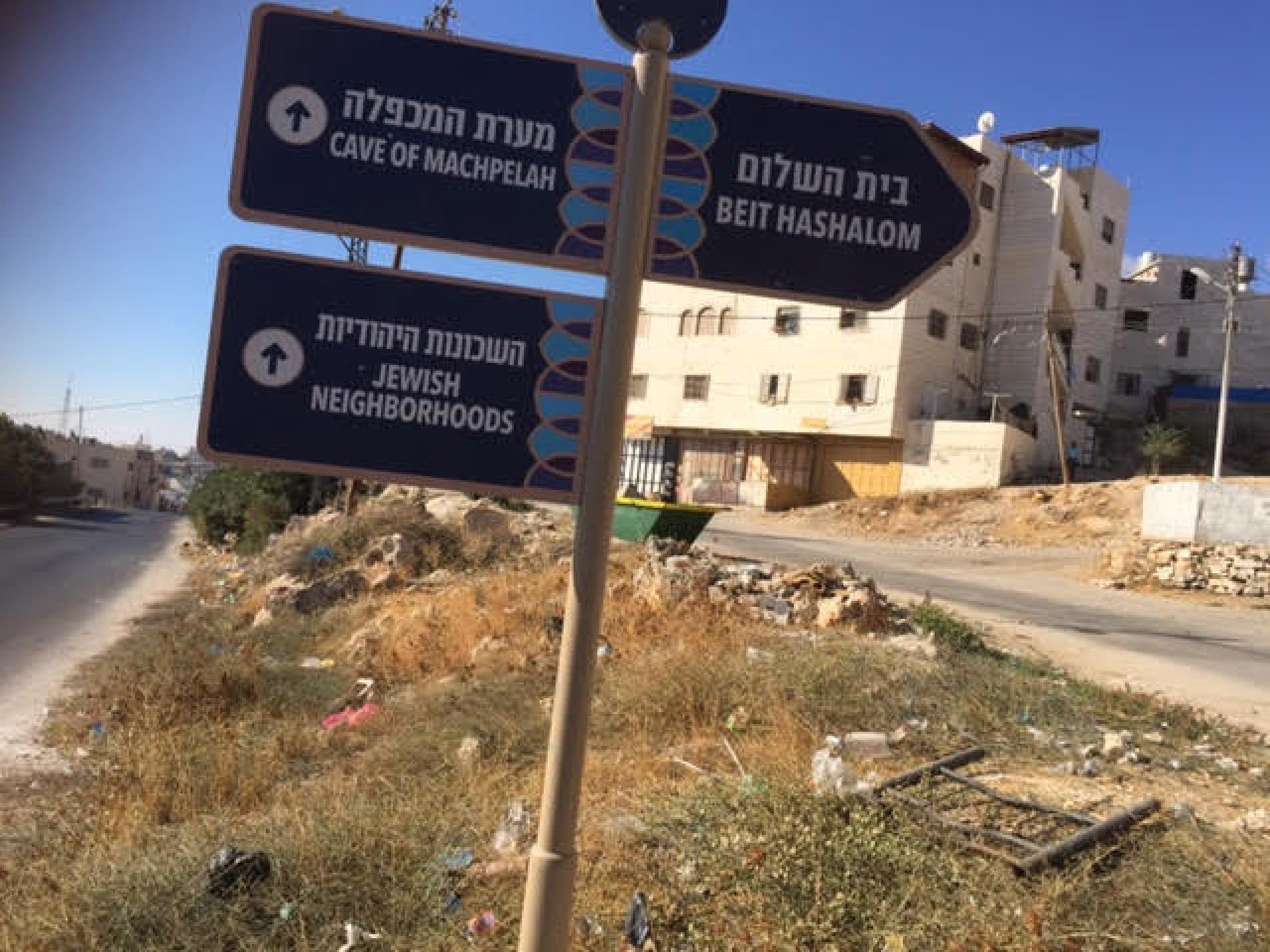 Instructions on how to get to various places as if there are no Palestinian neighborhoods in the area
Photographer:
Hagit Back 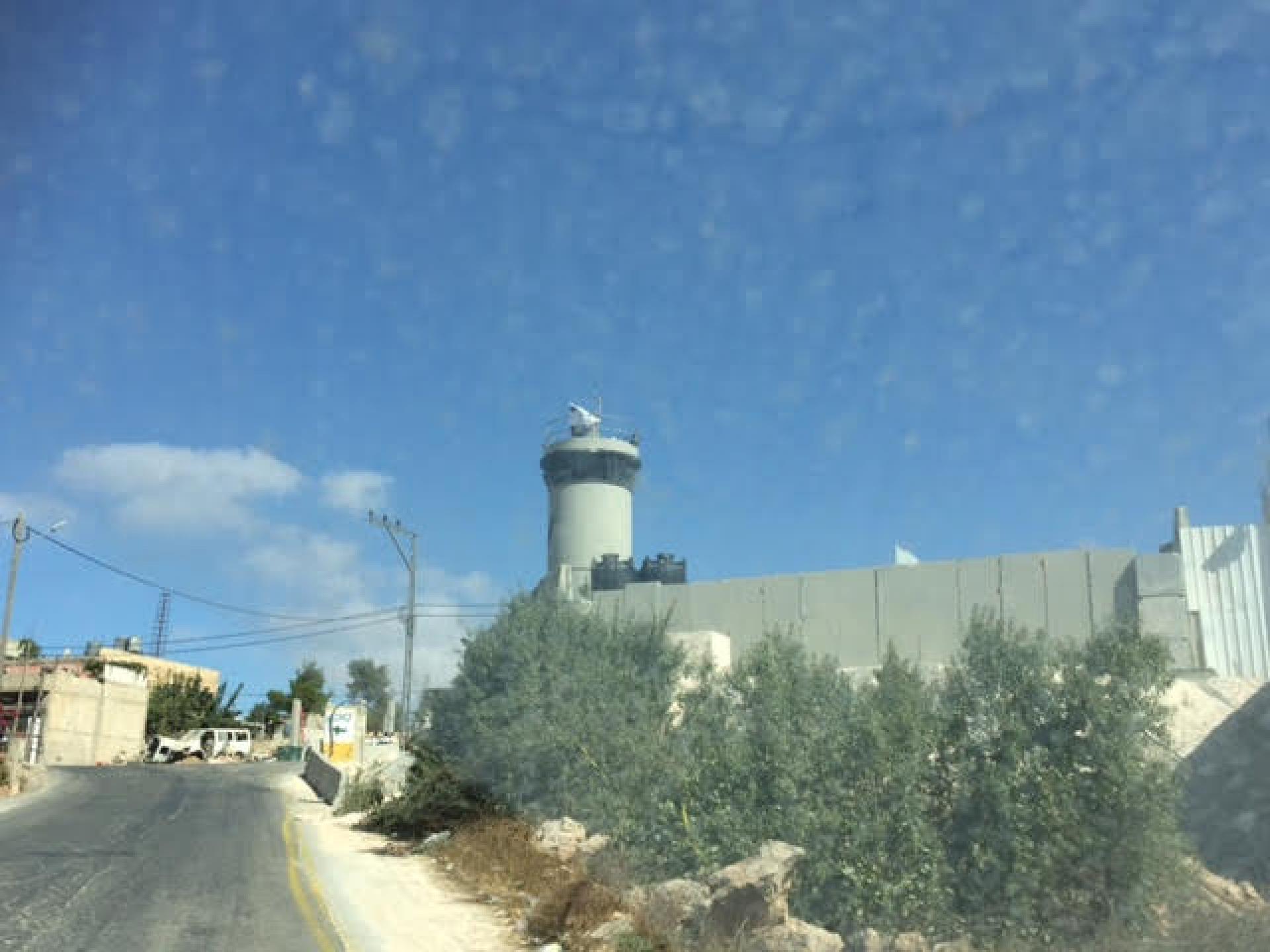 The pillbox in the middle of the village of Hursa
Photographer:
Hagit Back 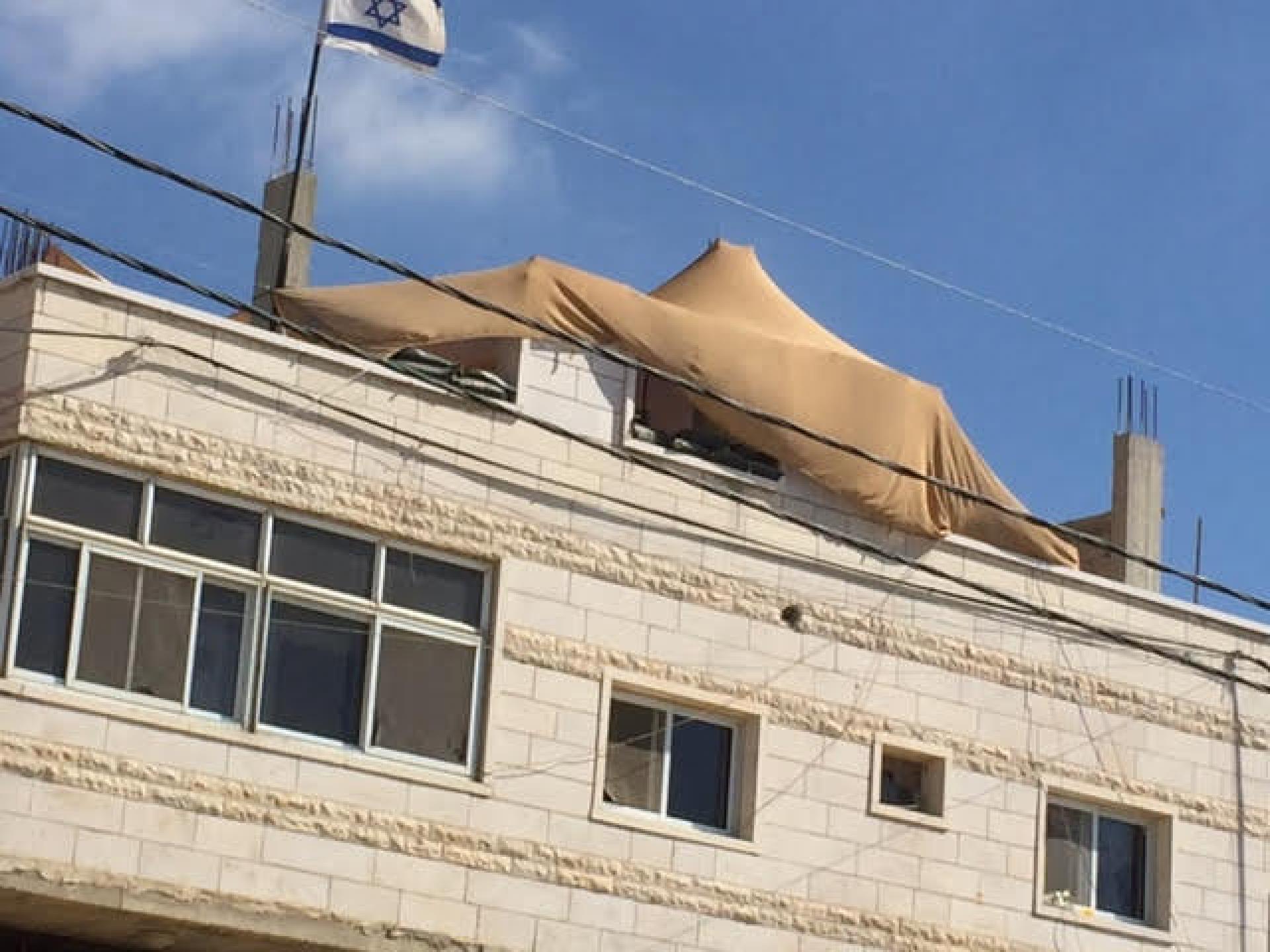 The soldiers who occupied the roof of the family home
Photographer:
Hagit Back 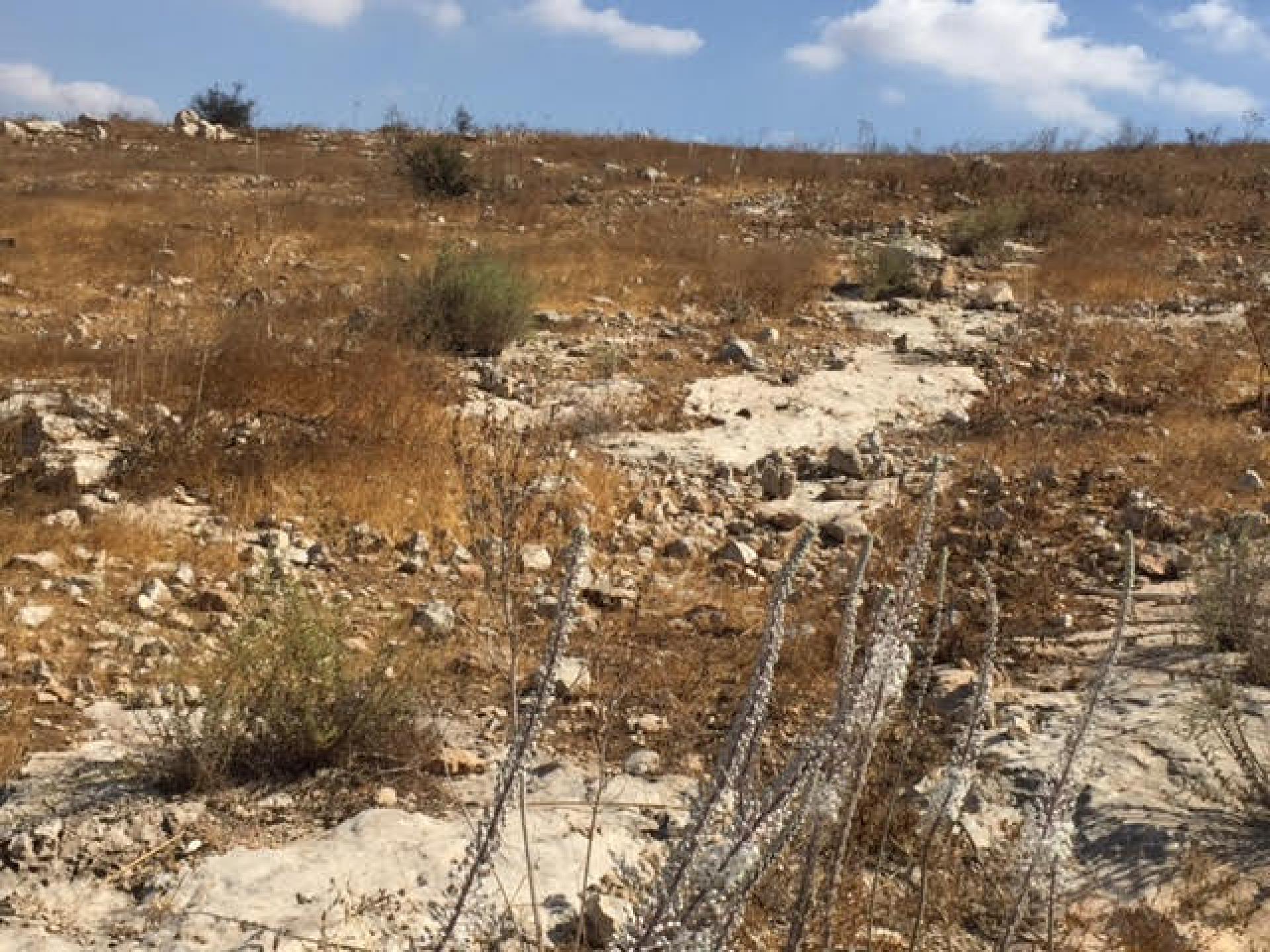 Hebron: B's new car, for 20 years no car has been at his house