The D.C.O. gives a very slow and inefficient service – yet everyone sits quietly. | Machsomwatch
Skip to main content
Back to reports search page

The D.C.O. gives a very slow and inefficient service – yet everyone sits quietly. 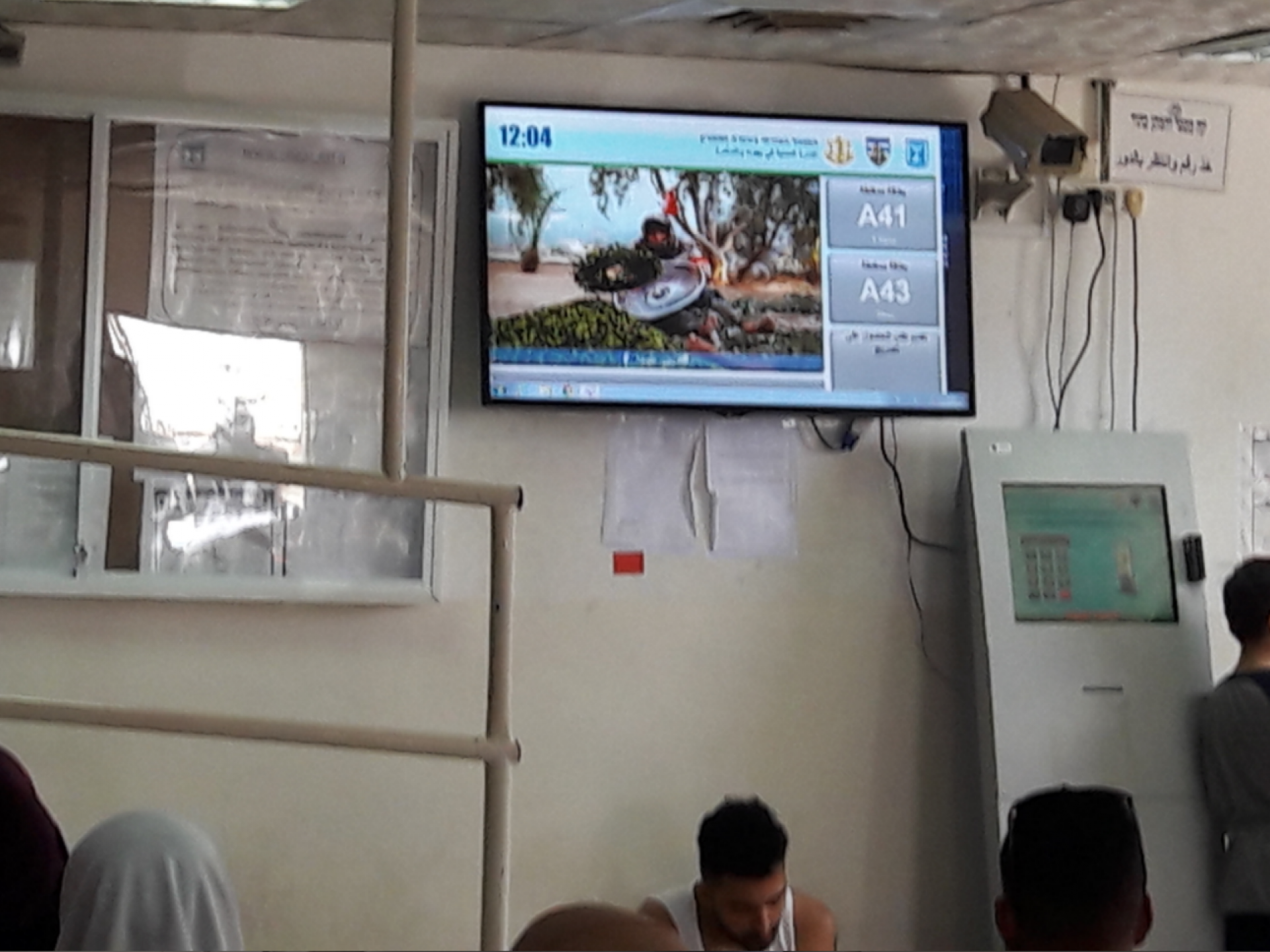 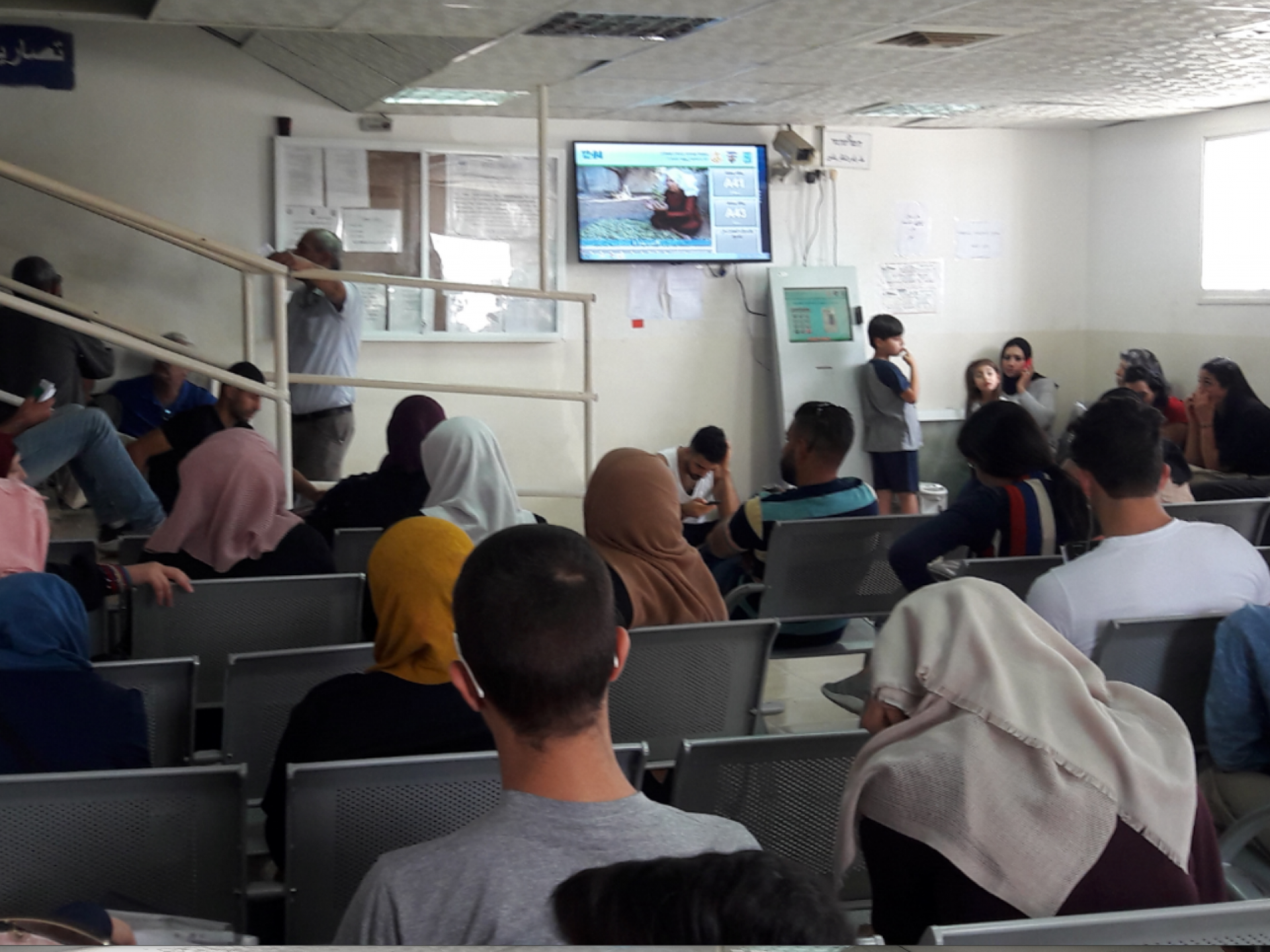 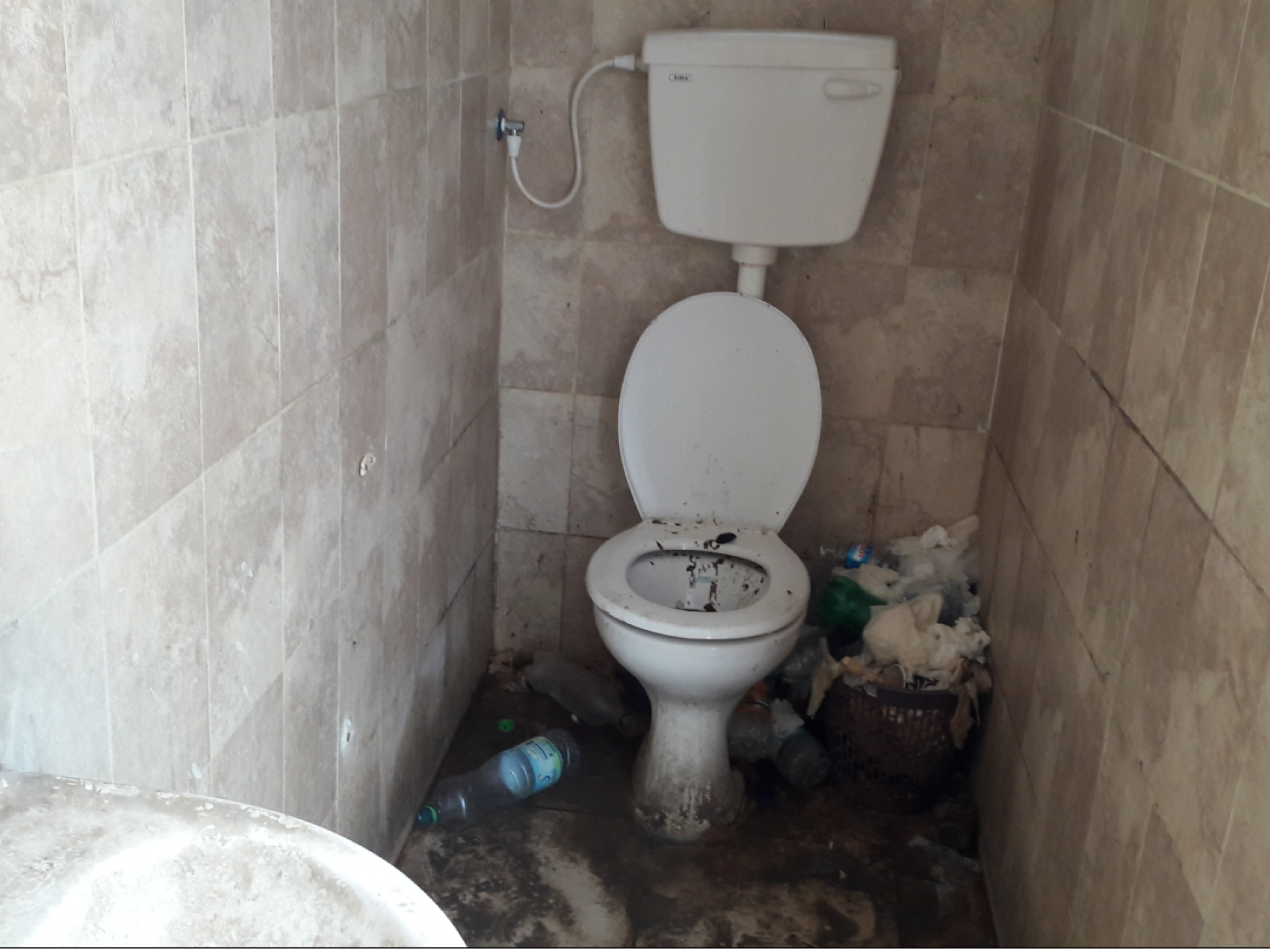 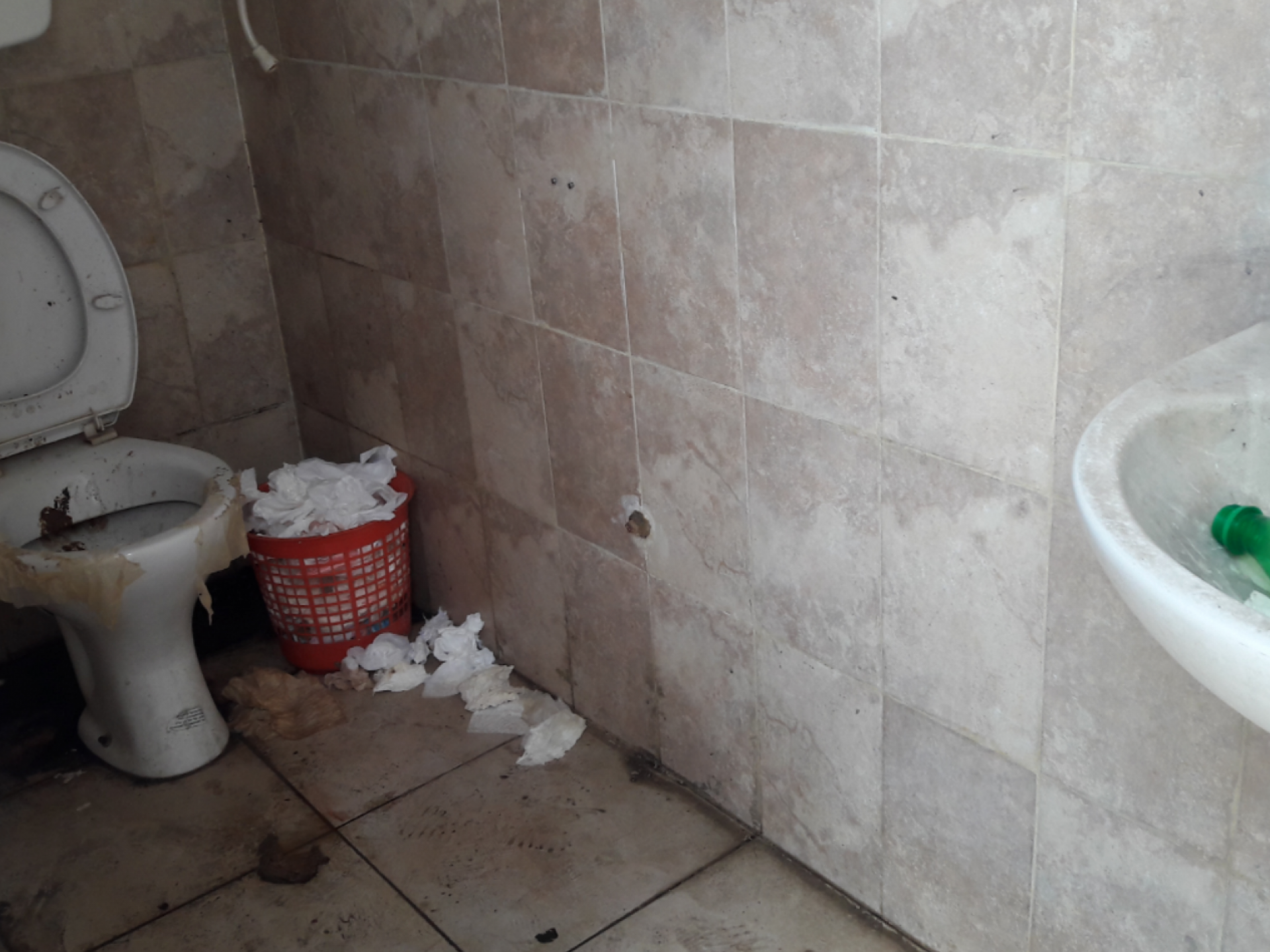 When we arrived at about 11.15, the parking lot was full. We parked far away and walked towards the waiting-room. We already saw many people outside. Inside the room was packed, all seats taken, and we stood at the entrance. Only when we stood right next to the air-conditioner could we feel that it was working, elsewhere its effect was not felt at all. At one point someone came to mend a leak in the water-cooler which, this time, was connected to electricity.

The machine issuing numbers was working this time, as was the big screen which showed beautiful pastoral scenes of olive growing and processing … in sharp contrast to what was going on here. The number appearing on the screen after we arrived, 11.30, was 36. Also when numbers changed, no one entered. People we spoke to explained that these numbers were of people who were already inside since the morning. The people we were talking to where holding different numbers, all over 160.  What chance did they have of getting service today?...

We were told that many came to get new magnetic cards so as to get permits for the coming Eid el Adha next week, for which they need up-to-date cards.

After an hour, at 12.30, the screen showed number 50. That is, they had dealt with 14 people in an hour. At such a rate it was clear that not everyone would get service today. People told us of many who arrive hours before opening hour at 8, so as to enter early and get the wished-for magnetic card.

On the screen in our picture there are 2 numbers and one might think that two people are being received at the same time but in fact, we are told, only one window is working. The rest of the time the screen showed the same number twice. When we went outside we met someone who had acquired his card. He came before 8, and now came out after 12.30. He was about no. 50. It is unclear why the authorities are not organized to provide adequate service.

As usual, a number of people turned to us for information and help, mostly cases of refused entry. We explained to them the documents they should forward to Sylvia, or how to contact Hamis in Hebron. In other cases we referred them to “Moked,” the Centre for Protection of the Individual, or to a lawyer – handing out the prepared slips with Telephone and fax details. We hope Sylvia’s team will succeed in cancelling at least some of the refusals.

Before leaving we checked the state of the toilets – perhaps they had been cleaned since last week? This time, braving the stench, we went inside only to find that in the women’s toilet there was no connection to water! The pipe leading to the ‘niagara’  (water cistern) was hanging not connected to anything; in the wash basin there is no tap or pipe to connect to a source of water. In the men’s toilet the pipe is apparently connected and there is a tap, but an attempt to flush the toilet or to open the tap showed that there is no flowing water here, either. What are men, women and children supposed to do, waiting here for hours?  It’s an utter shame and disgrace! [As we approached the toilets men, who thought we were wanting to use them, warned us not to enter even, because of the filthy state inside!]