At the Meitar checkpoint the parking lot is packed and the building of the new sleeves continues. This morning the Civil Administration representatives measured arrival time and departure time which took 10 minutes.

Beit HaMakhpela, the soldiers on guard were inside.

There were also a lot of soldiers and military vehicles on the road but we did not photograph. A suspicious object was on the road. 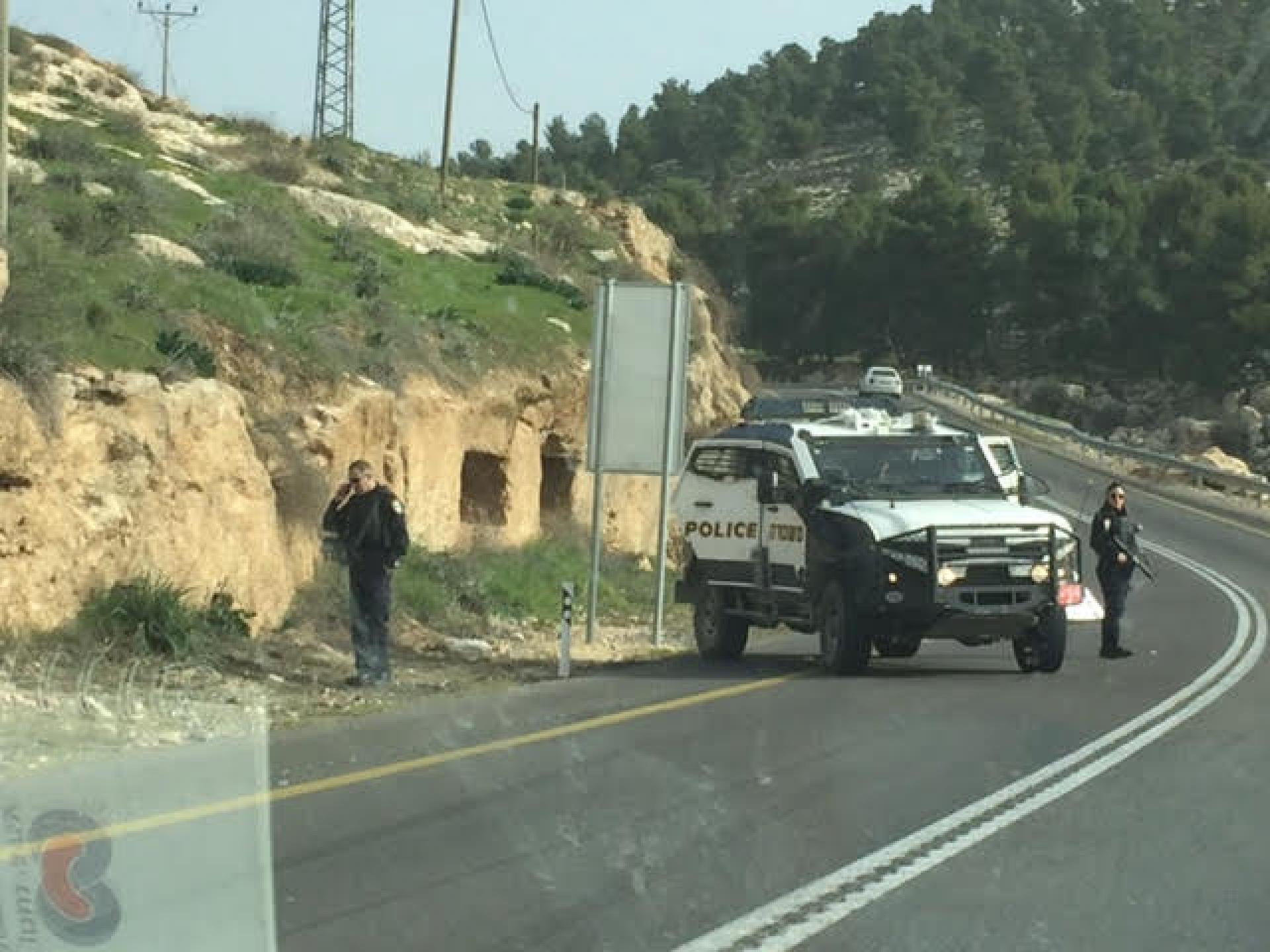 Route 60 near Abda
Photographer:
Hagit Back 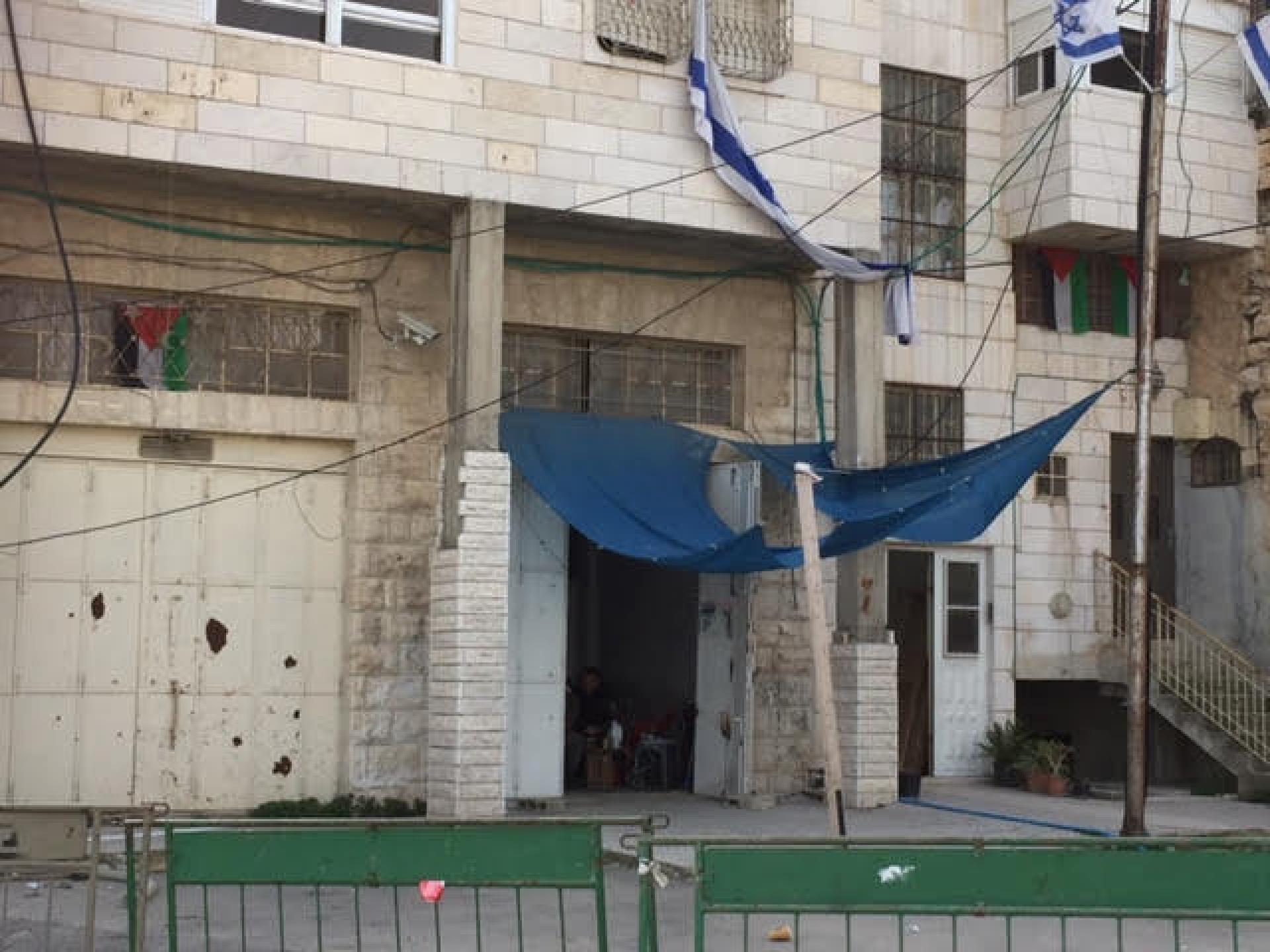 There on the circle stood their army vehicle with an enormous Israeli flag.  We did not photograph because they began shouting at us. Reserve soldiers.

We also did not photograph the soldiers guarding every gate at each settlement or outpost.

Every Hebrew mother should know what she sends her children to the army for.

The following pictures are from Hebron. This time we were closely accompanied by Ofer Ohana in his red ATV. He did not bother to harass us as this time I managed to say good morning to him first.

The entrance up to Tel Rumeida is forbidden. The Palestinians in this area do not have gyms as they have enough exercise without them. (In difficult situations it is always worthwhile to try humour even when it is a bitter joke).

The checkpoint at the entrance to the Kafisha neighborhood. This is the northern part of the Zion axis.

The northernmost end of the Zion axis, they have  arranged the place a bit but have not removed the roadblocks, the neighborhood people in the metalwork shop and in the grocery store could not tell us until when the work would continue.

All the way the almond trees bloomed but the evil of the occupation continues. 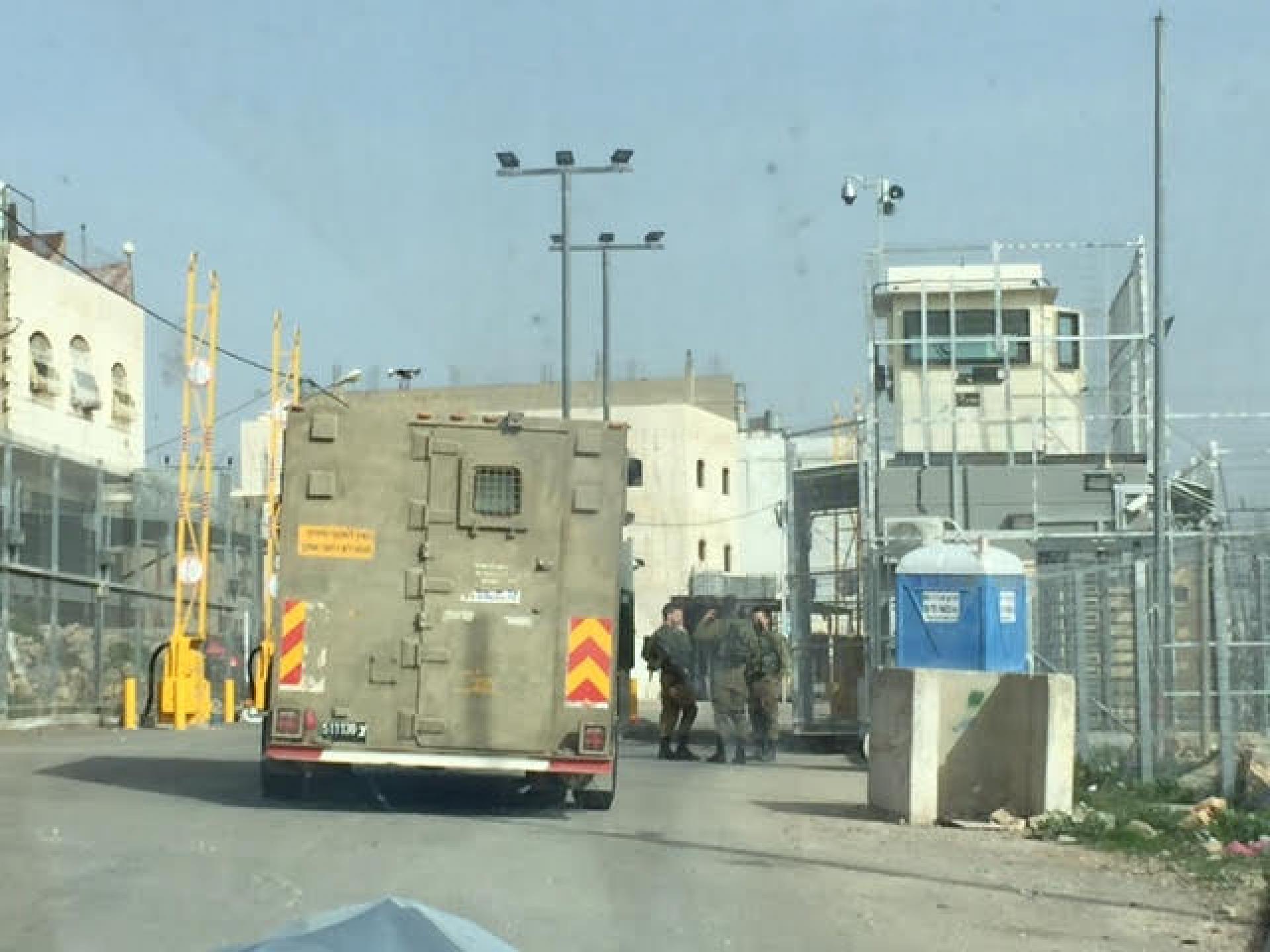 The checkpoint at the entrance to the Kafisha neighborhood
Photographer:
Hagit Back 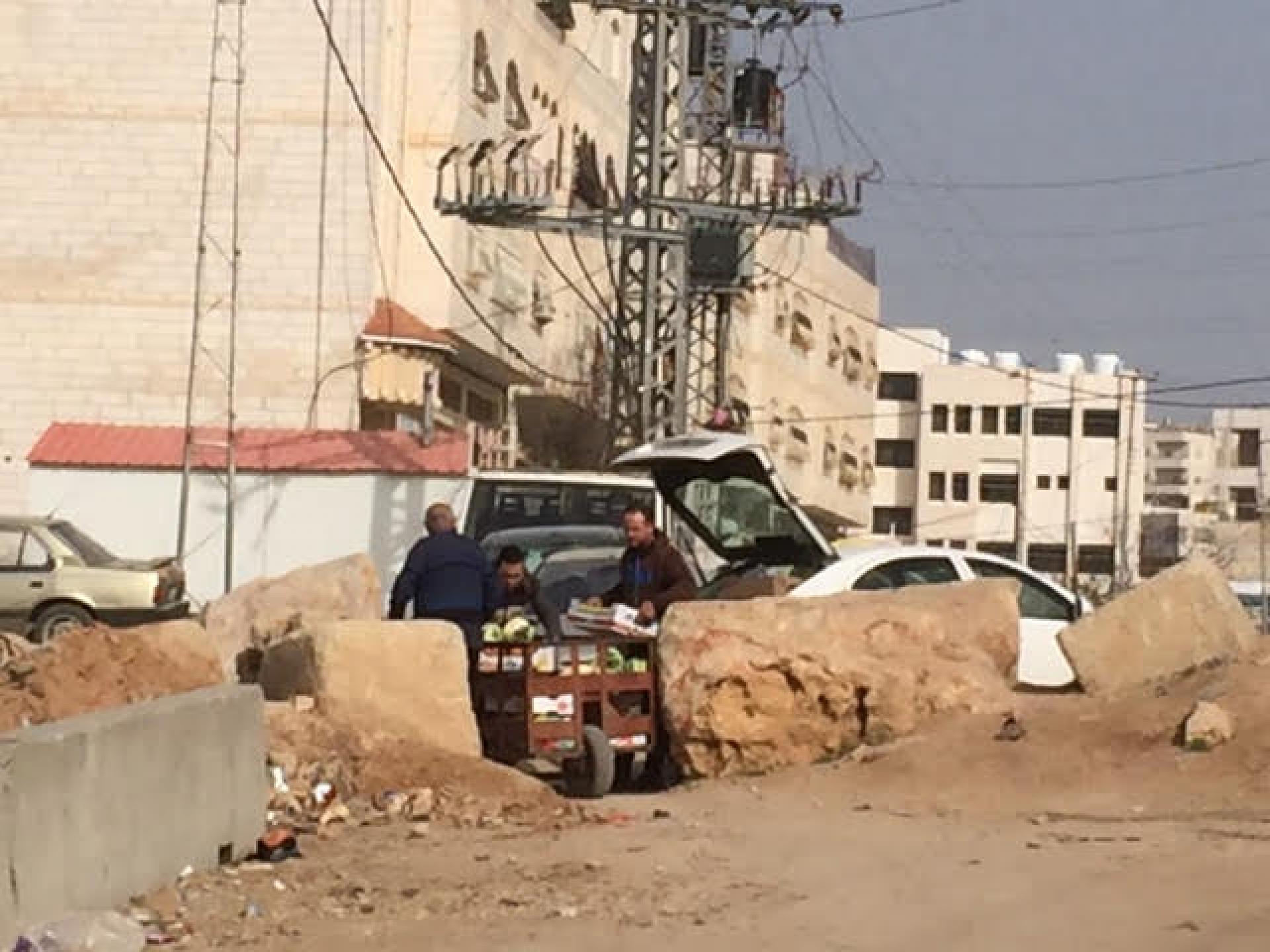 The northernmost end of the Zion axis, they have  arranged the place a bit but have not removed the roadblocks
Photographer:
Hagit Back
Hebron
Sansana (Meitar Crossing)
South Hebron Hills