An ambulance was delayed for half an hour inside the Qalandiya Checkpoint on the pretext of "no coordination". However, Toni, of the medical staff, with the experience of many years and the patience of an elephant, did not give up. He insisted, until it was ascertained that there was no fault with the coordination and the fellow whose leg was botched up in a surgical intervention at Rafidiya Hospital (Nablus) was transferred to East Jerusalem to undergo further surgery at Maqasad Hospital. 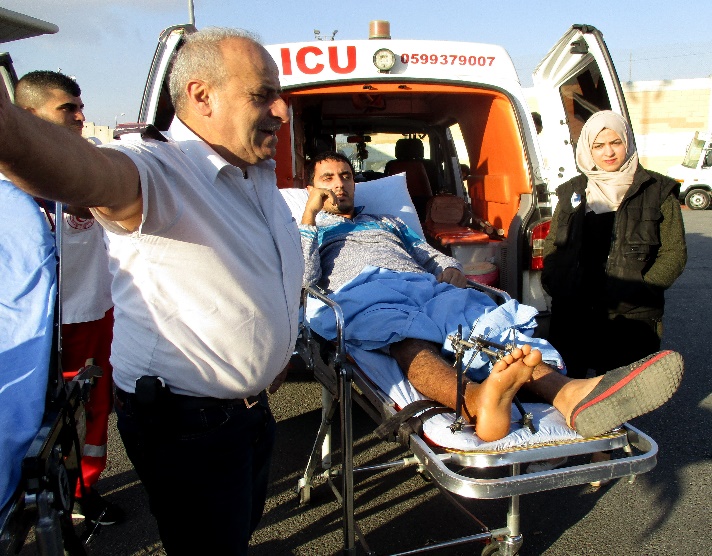 Vehicles flowed through the gate separating the twon of A-Ram from Dahiyat Al Barid neighborhood. Flowed in. Only in.

Only in the afternoon was the gate opened, for only four hours.

Entering Palestine is easy. No inspections, no selection. Exiting is much more difficult. 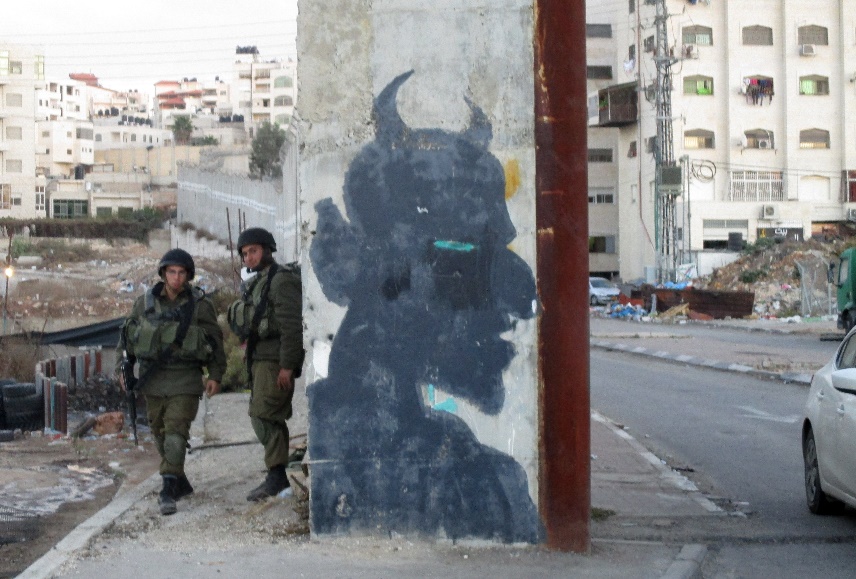 Armed soldiers stood by the devil's gate and made sure no one dared exit.

"You are not allowed to be here" they told us when we came from inside, not from the outside. "Here it is red, Area A" they said.

How quickly he gets back from work – it only takes 5 minutes. And how much previous time is wasted in the morning, on his way to work: "I wait for two hours every day at Qalandiya Checkpoint" said the man who stopped to chat, and added that the best of times were before the wall was erected around A-Ram turning it into a prison, that life was easier back then and travel was shorter.

About 40 minutes later we found out that the soldiers who were concerned for our safety at A-Ram passed our license plate number on to the brigade HQ and reported ,

Why distress? Because A-Ram, like Qalandiya refugee camp, is considered by the army to be an especially hostile and dangerous place. Consequently forces were summoned, hunting us on the road by the army post  above the village of Jab'a. Many troops from numerous units were summoned on our account. And we didn't even know we were like that. 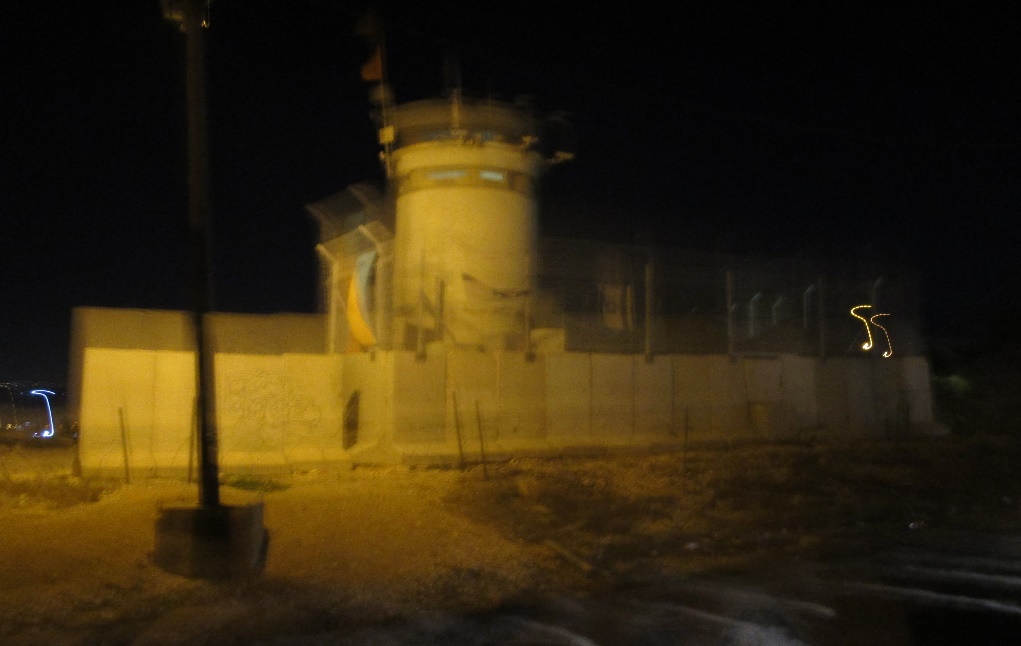 There was army and Border Police as well as civilian police. At some point I counted 14 armed figures surrounding us. They checked our IDs and vehicle license and our trunk and interrogated us as to where we had been and what we were doing.

We were detained by the roadside. The police checked with their police computer and ruled that there was no reason to hold us in custody. But we remained detained.

For the sovereign is the army here and only it is authorized to release us.

The officer running this event admitted we violated no law, "but if anything were to happen to you it would be on my own conscience", and continued to deny us our freedom – from the moment an 'event' is noted in the brigade log, they cannot let us go without the brigade's consent. We waited in the dark and cold until – an hour and some after our detention began – the brigade communicated confirmation of our release.