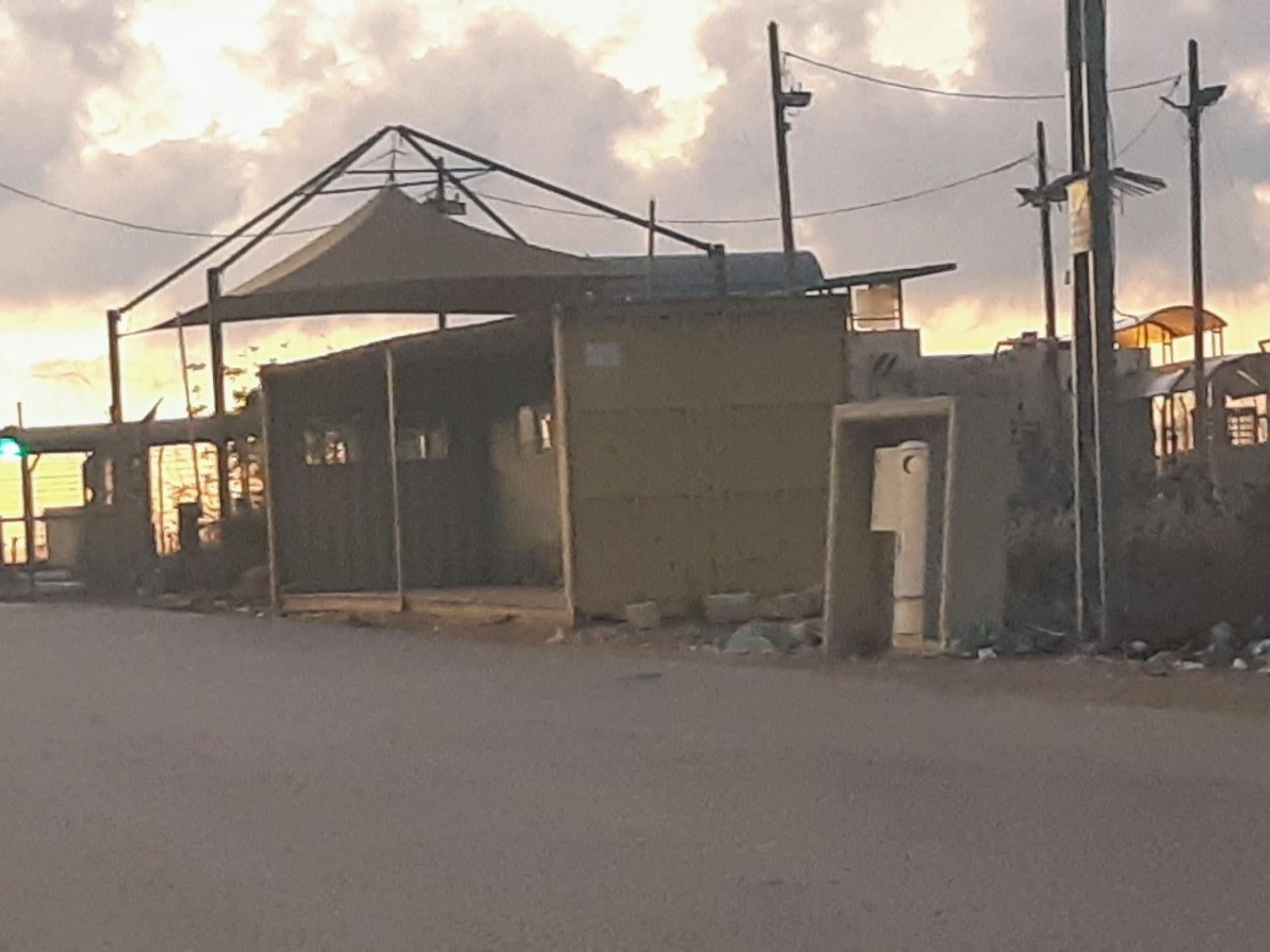 Tora checkpoint: closed and locked so people pass through the nearby breach 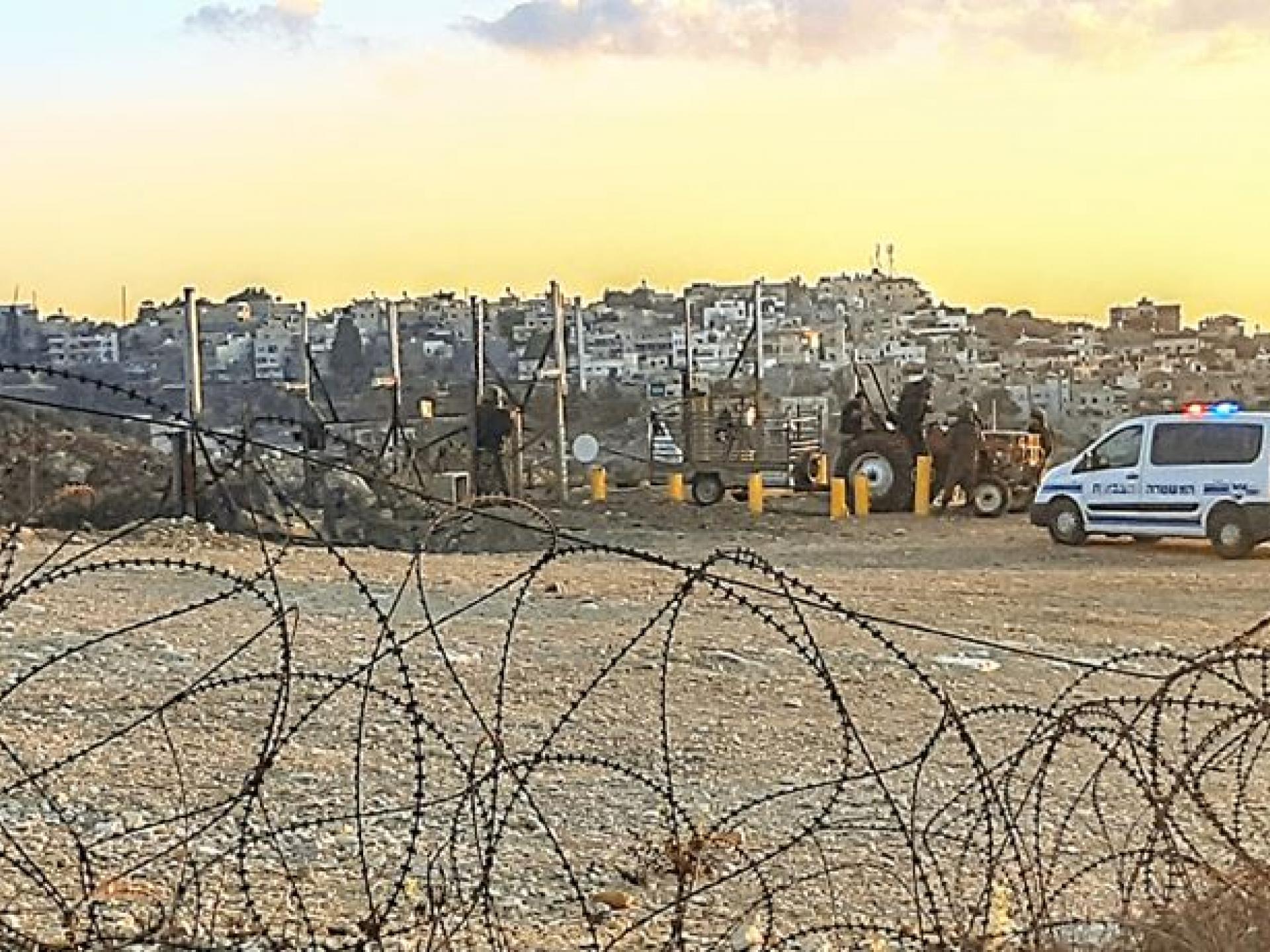 Anin checkpoint: everyone has passed and will pass through the gap, only M. passes at the official time

5:45  a.m.– dark and a bit early, but along the road and at the entrance to East Barta’a there is a lot of action and no chaos. Palestinian workers from throughout the West Bank come here in various ways, cross the Separation Fence and security track, and are picked up by transport vehicles on road 611 to their work places. Barta’a is the largest checkpoint of the ones we visit in this area, opening at 5 a.m. to pedestrians, and functioning until
9 p.m. There are no more delays there and traffic usually streams constantly. And still many prefer to make their way among rugged fields, thistles and stones, cross the fence, risk confrontation with Israeli soldiers – “fee free to do what I want when I want” ways W., who has valid transit and work permits. Not everyone does, of course.

We met a Palestinian couple who came to receive clothes and things for a second-hand shop they have opened with our encouragement, in the Jenin district. After about two months since the idea came up, they rented a place and have begun to fill it. Apparently, their village is small and not enough customers can afford to pay. The shop has no future. So, they decided to give everything to people free of charge, or as they say: just as you wanted to do something good for us, we wish to do something good for people who don’t have enough money.

We were impressed, and were asked to bring coats and shoes and things appropriate for the approaching winter. You are invited to pass on to us anything you see fit.

At Neta’s suggestion, we drove to see the free crossing in the large breach/hole near the checkpoint, through which many workers from Toura and the West Bank in general pass on to the seam zone. The army checkpoint was locked and closed, its green light did not change colors, and the hole in the fence was silent tool. All around, lay piles of army garbage that only grow larger. We remained there, and after 15 minutes or so, from nowhere more and more groups of Palestinians passed by on their way to work in the nearby industrial zone and elsewhere.

We exchanged greetings and smiles until a bit before 7 a.m., when the ‘pirate’ crossing stopped in favor of the checkpoint, that is supposed to begin at 6:30 or 7 but usually only begins at 7:30 – a waste of precious time.

This is the most surreal of all checkpoints in the northern seam zone. It is opened twice a week, twice a day, and every day during the olive harvest season. (No olives this year…)

A large breach/hole in the fence is there right in the middle of the checkpoint, being crossed freely at all hours of the day and night, and only 2 Anin farmers arrive twice a week with their tractor, on the official days at the official opening times. For their sake, 4-5 Israeli military policemen arrive, armed and well secured, and move one of the yellow posts that deny crossing from here to there. Then M. and his son, and sometimes N., arrive. Everyone knows that before and after the official time many Palestinians have passed, and will pass the large hole, and that now right next to it are a dyke and a ditch to prevent vehicle crossings.

One could write a whole book about the stages of the stealthy crossing at this checkpoint, the war of minds between the Israeli occupation forces and their Palestinian subjects who try to bypass the draconian orders and the trampling of their basic rights… 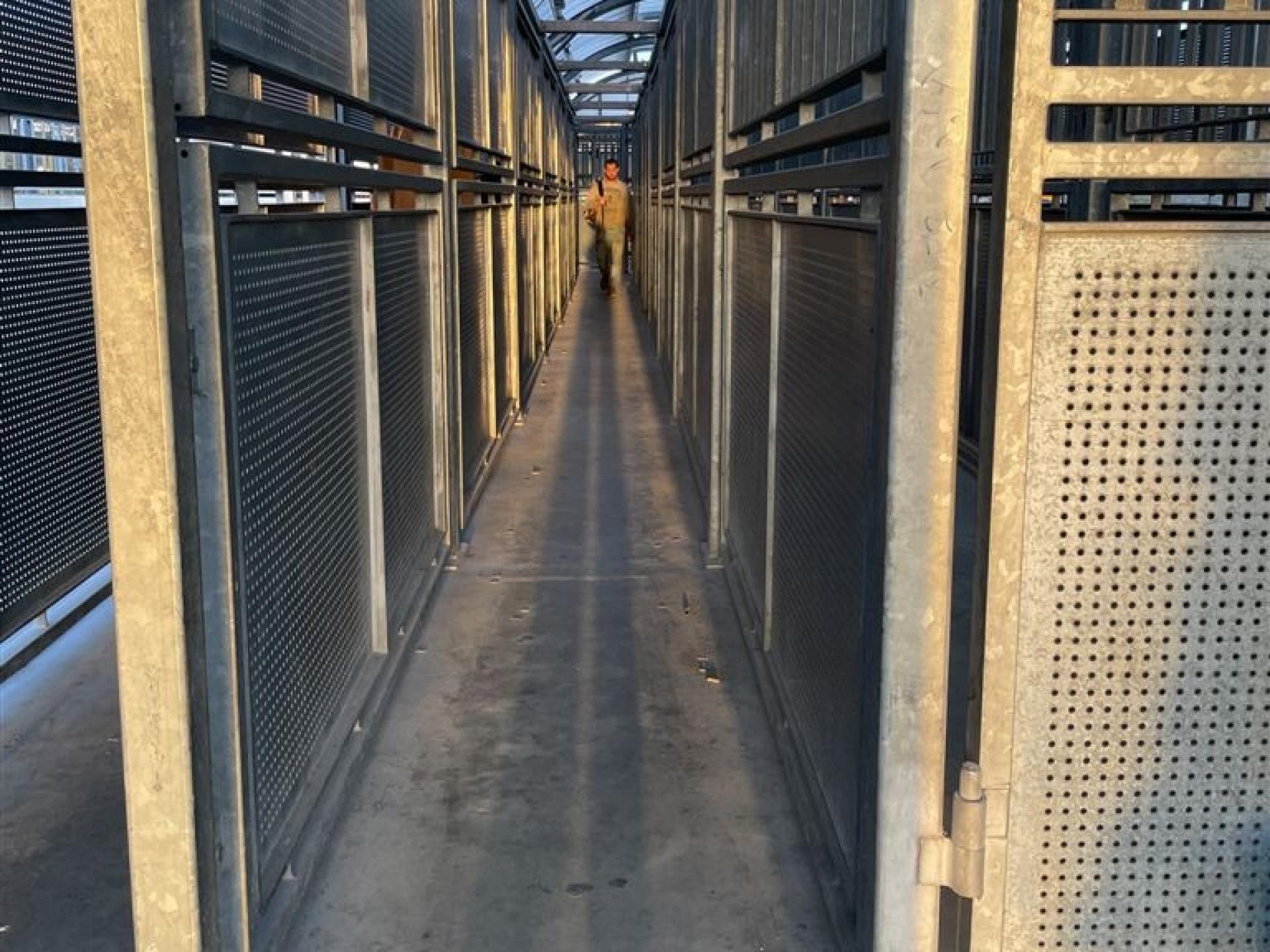