Jordan Valley: Distribution of food to the needy | Machsomwatch
Skip to main content
Back to reports search page

Jordan Valley: Distribution of food to the needy 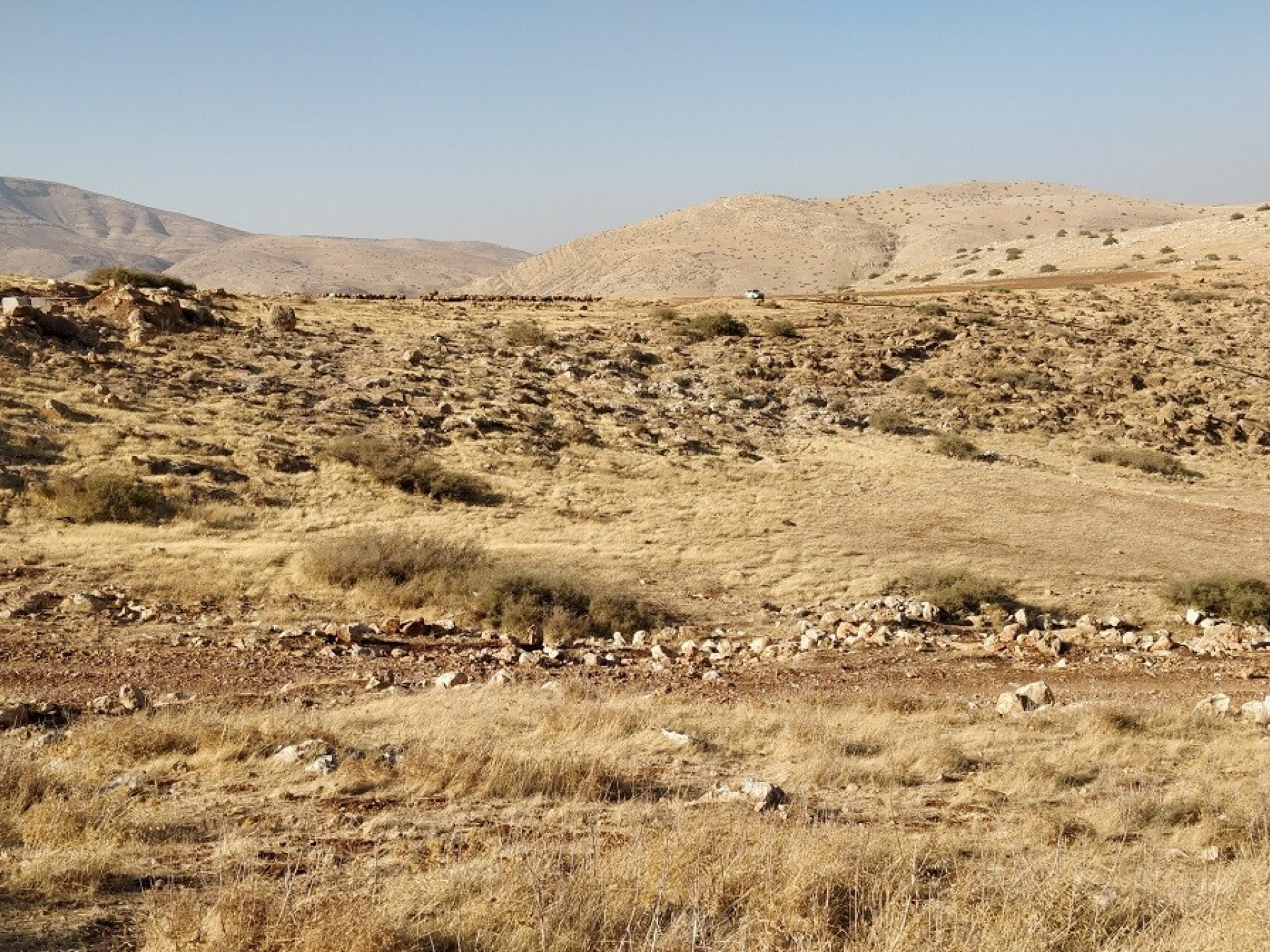 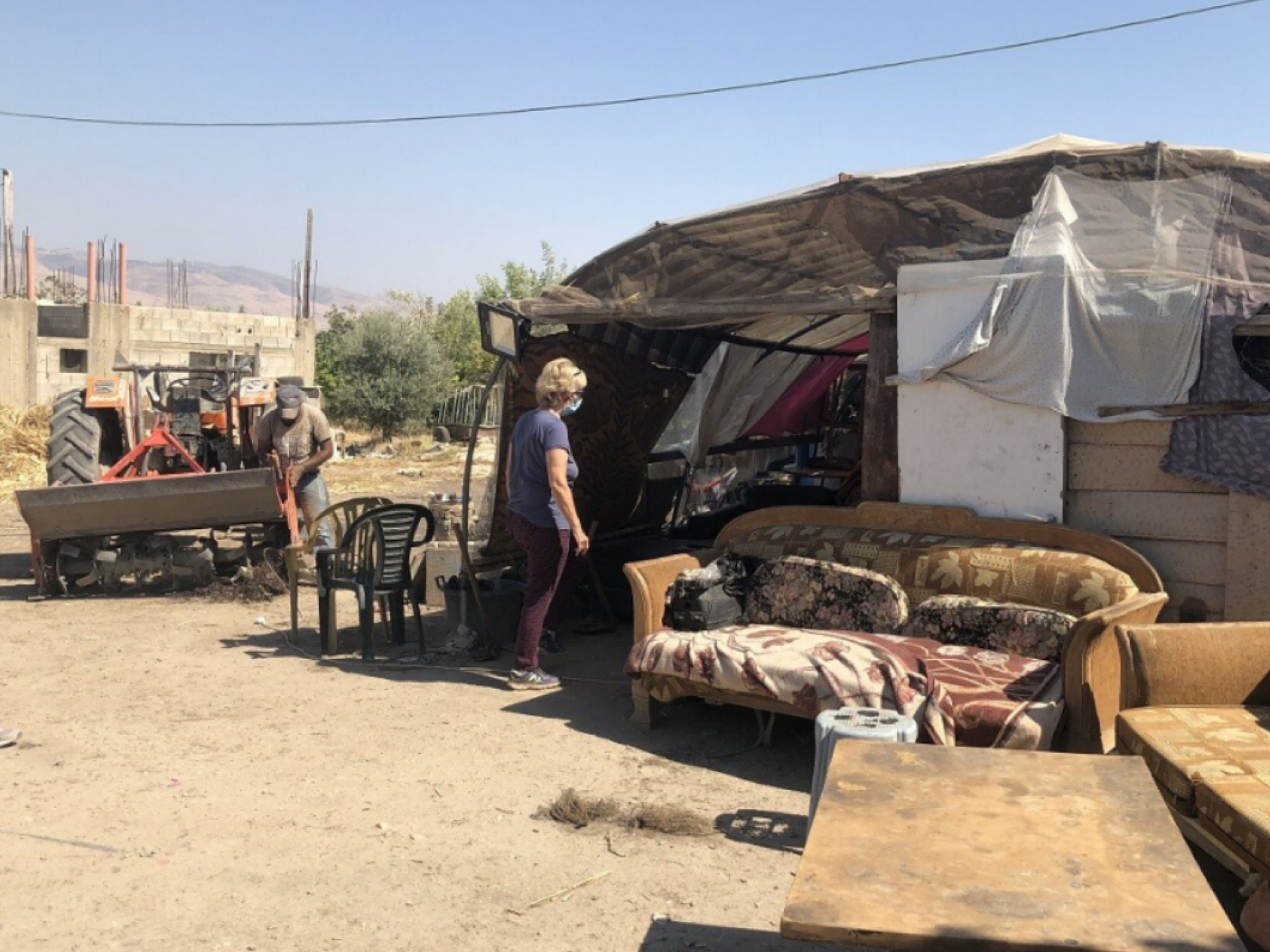 In the encampment in Ein El Bida 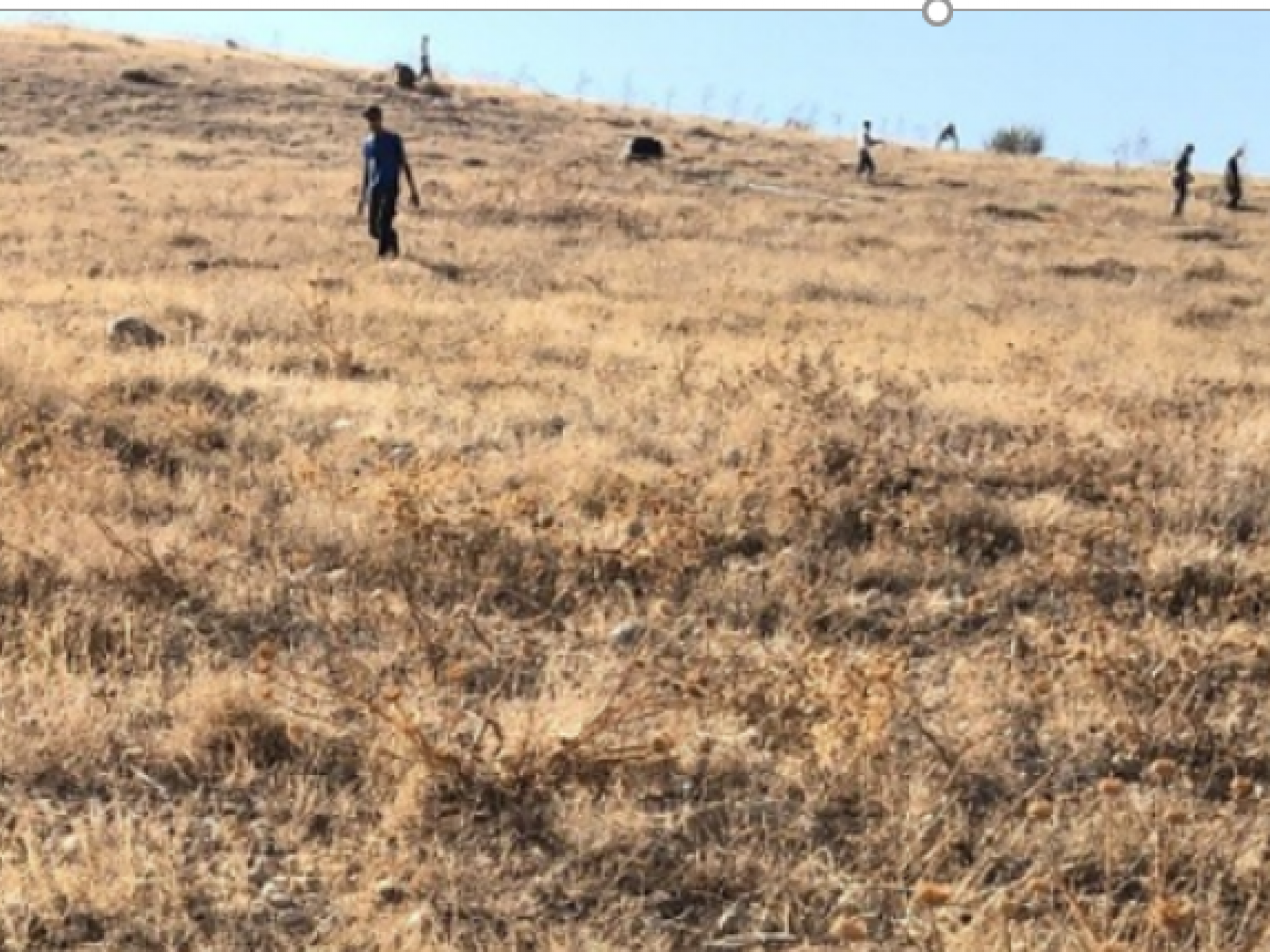 El Fersia, Jordan Valley: Boys from the Mehola settlement take over the nearby hill, plant trees and pass a water pipe

Palestinian Jordan Valley
August 6, 2020
The present trip was replete with mishaps, but we still managed to bring food and other aid to 16 families of the shepherd communities.

Omer’s car broke down before we left, and we got Rachel to help us instead. Sharon’s car broke down as we were distributing food, and we had to drive back. We got stuck in traffic for over an hour going up to Jerusalem, so that we only took with us the sorted-out food, and got on the way. We brought various vegetables again: cucumbers, tomatoes, beets, cabbages, onions, squashes, potatoes, eggplants, bell peppers and more.

We distributed them to 16 families in the different communities: from the outskirts of En Al Beida in the north, to Al Bourge near Hamam Al Malih, all the way to Mkassar near the Hamra Checkpoint.

The first site we wished to provide was En Rashash, in the center of the West Bank. We found no one there – not clear whether they were just gone to the next village for a few hours or left for a longer period of time, for the sheep were in the corrals.

We then proceeded to Al Faresiya, to document the takeover of settler-colonist boys of the hill adjacent to the shepherds’ tents. 8 such boys have planted olive trees at the top of the hill and now they are lowering a water pipe down the hill, a sign that they intend to plant more trees all the way to their dwellings. Tomer – 17 years old – came to us and told us this was a project of the Mekhola settler-colony youth.

A few words about the source of the fresh food – vegetables and fruit. It is an initiative called “Coming to market” at Jerusalem’s wholesale market, where surplus food is handed out to the needy. The purpose is ecological – to prevent the waste of food and help families that are sometimes on the verge of hunger. A young woman called Daniela runs the project pleasantly, with sensitivity and efficiency amidst the chaos of trucks and forklifts. Through the help of volunteers, produce reaches the needy in East Jerusalem, in the Ultraorthodox Jewish neighborhoods of the city, and the Occupied Territories. Everything is done on a voluntary basis. It is practically tear-jerking to see youngsters, Jews and Arabs, boys at risk and youth about to be drafted sorting out the edible vegetables from a pile of thrown-out stuff and bringing them to those who are most needy, and whom the State does not bother to count.

See a video about this marvelous initiative:

At 9 p.m. we were still bringing a large quantity of food to Ras Al Ahmar. The first family there were shocked, asking, “What are to do with so much food?” We told them to give some to their neighbors on the morrow…

When we were delivering to another family, the first family showed up out of the dark with crates of vegetables, treating their neighbors…

We also reached Al Faresiya – having been notified that settler-colonists are creating a new outpost north of the shepherd community. We got there in the afternoon and found about 8 young settler-colonists (less than 18-years old) planting trees on the hilltop adjacent to the shepherds’ tents and putting down a water pipe they say comes from the neighboring Giv’at Sal’it settler-colony, another illegal outpost, outlawed even by Israel’s apartheid laws. This all attests to their intention to plant trees all the way to the tents themselves. The inhabitants of Al Faresiya are not there at the moment – the State of Israel steals all of the Jordan Valley’s water for the use of its settler-colonists, the thirsty Palestinian shepherds cannot afford to buy and bring water from elsewhere, so they move to Toubas for the hottest summer months. We spoke with one of the settler-colonist boys who told us they are the youth of Mekhola settler-colony, as well as Giv’at Sal’it, and this is the group’s project. 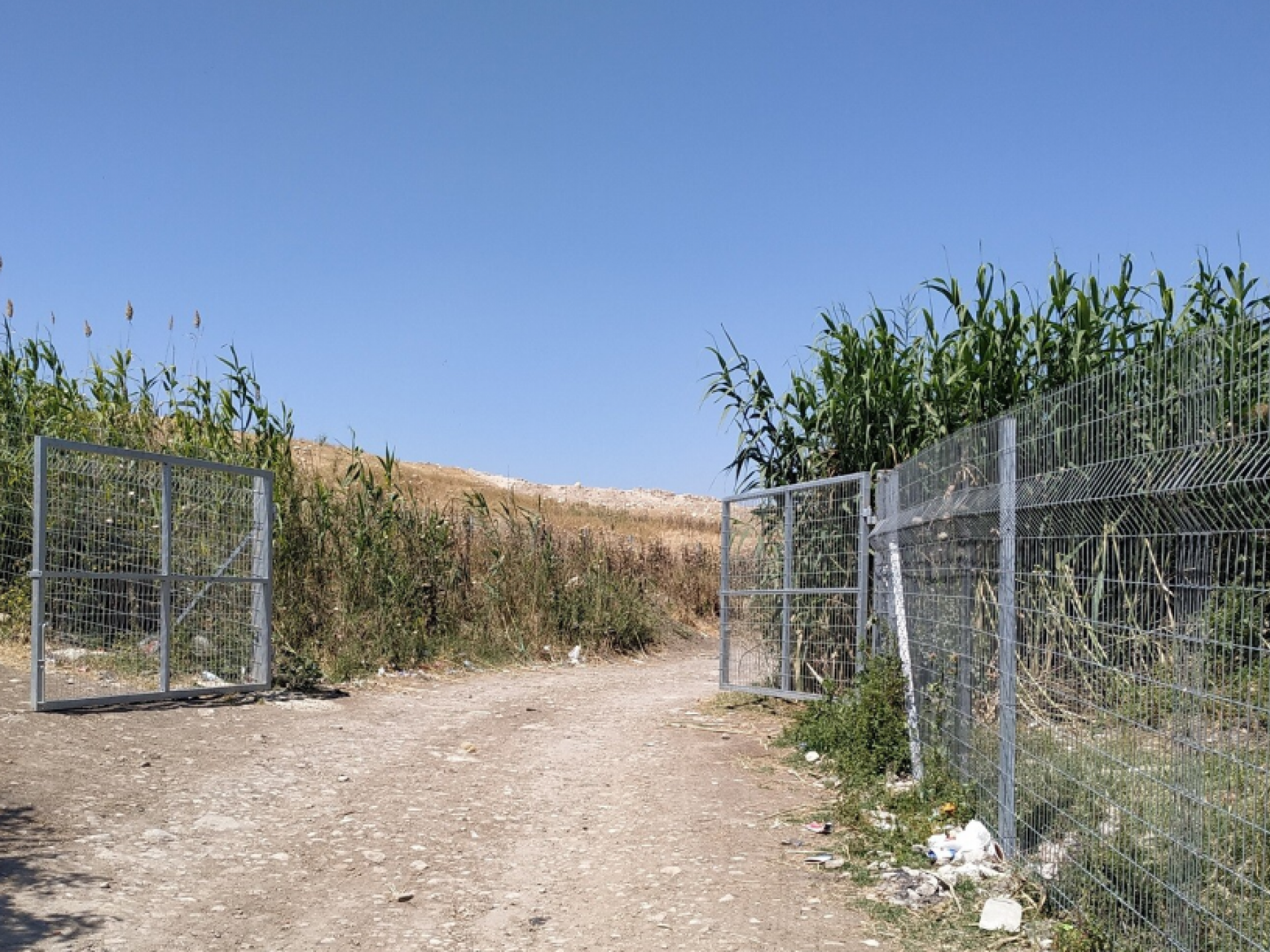 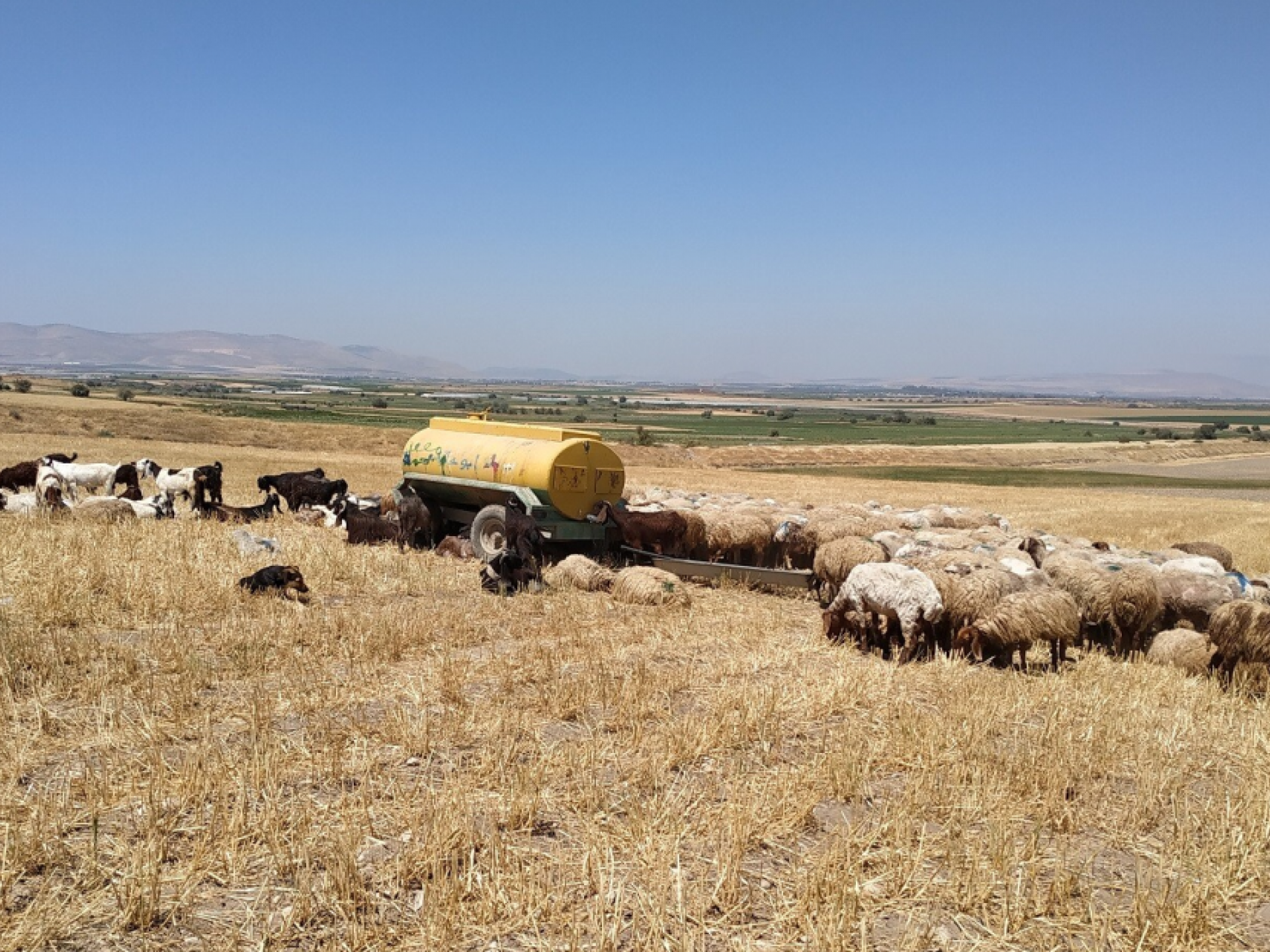 A Palestinian wheat field in the Ein Scott area