“Happy Holiday to all Arabs”

This is the first of the three-day-holiday Eid Al Fitr, 2016. As is customary in this holiday, Mahmoud and his three brothers ​​ and 80-year old grandmother left Al Hadidiya to go visit their sister in Nablus. For two months now the Beqa’ot-Hamra Checkpoint has been unmanned around noontime, and the family boarded their Subaru jalopy and took off for Nablus town.

And… surprise! As they arrived at Hamra Junction, they saw a long waiting line of Palestinian cars standing in the heat of noon (around 40 degrees centigrade) to get through to Nablus. 10 soldiers man the checkpoint and prevent the Palestinians from proceeding to their destination. Since the family came from the northern side of the junction, they did not need to join the end of the line and stand waiting for the hand gesture of one of the soldiers. This has not happened. The soldiers inspected every vehicle pedantically, ordered its passengers to disembark, and messed around the front seat, the glove compartment, the back seat and the trunk. Every such inspection lasts about 5-10 minutes. And the line just grew and grew.

After 25 exhausting minutes in the no-A/C car, M. decided to give up his position in the northern part of the junction and join the end of the line coming from the east. There, at least, he has some chance of crossing eventually, even if they wait a long time. So they waited and waited and after another 25 minutes, they were summoned by the lords of the checkpoint to come up. Then all the men were ordered down. “Stand in line!” They stood, holding their hands behind their backs. So that no one dare think of doing anything like shooting anyone. But the soldiers insisted that the old grandmother, too, disembark. Mahmoud tried to argue: “She is ill, disabled, has a hard time getting out of the car”. He did not convince them. 2 brothers came to the rescue, held her hands, and pulled. They pulled and then supported her two arms. And she, weak and bent over, holding on to the car door in the heat of noon, trying to stabilize herself… Even if the soldiers did have their orders to get everyone out of the cars, this is an obviously illegal order. Obviously.

Then the questions: “Where are you from?” “Where are you going?” “To visit the family in Nablus. It’s our holiday today.” This answer meets a frozen face. The soldiers couldn’t care less that it’s a holiday now. Orders are orders.

And thus, one car after another is held up. On their holiday, the Palestinians spend their time in the long waiting lines at the checkpoint. The soldiers, who in general refused to exchange words with me, just as did the deputy chief of the DCO to whom the soldier transferred the call – all repeated their mantra about “There are security reasons. After all we cannot share with you the security information we possess”. At 18:00, crossing Hamra Checkpoint again, the checkpoint was no longer manned. The “security reasons” must have evaporated in the heat of the day.

And if this were not enough – today 2 army jeeps paid a visit to Al Mukasar, Khirbet Tana and Furush Beit Dejan – three localities that often suffer from home demolitions. About two weeks ago people in these communities were issued demolition orders. This time the army came, stopped, measured and photographed the targeted houses. From that moment, the holiday was over. Everyone realized that in a matter of days these people will remain homeless. The question only remains when. Presumably after the holiday. Such is life under the sword of expulsion. ​ 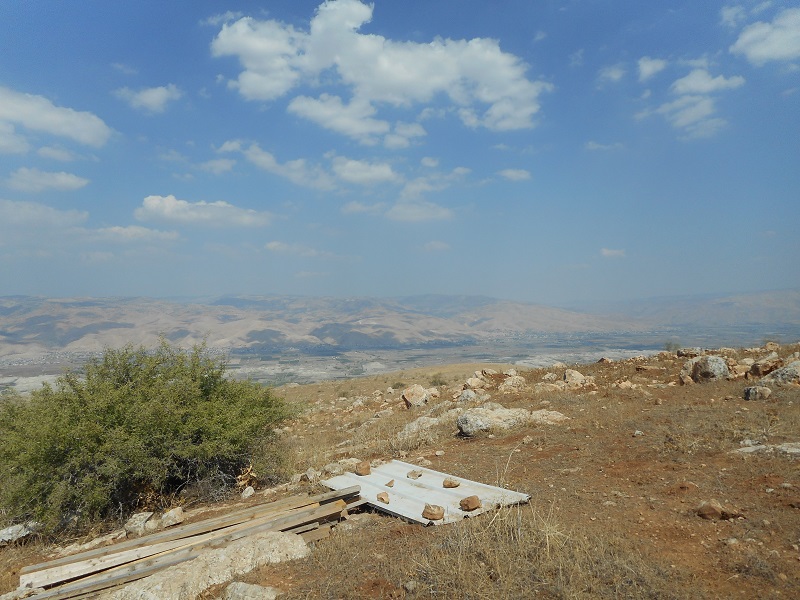 At the western entrance to Umm Zuka nature reserve, near the shooting range of Peles army base, Jewish civilians built a shack on the night between July 5 and 6), and prepared planks and a tin roof to build some more similar shacks. It is unclear what for – the shack is not a dwelling and there is no Jewish settlement in the immediate vicinity. A Palestinian who habitually grazes his sheep there claims that in recent weeks Israeli civilians have been seen in the area. The Palestinian is worried that Israeli presence there will give the army ground to get rid of him there. Taayush activists who looked into the matter found out that the land there is privately owned Palestinian land. We shall follow up. M. tells us, with concern, how 2 army jeeps paid him a visit at half-past midnight, trying to persuade him to pass them information about other Palestinians in the area. The mere visit, he says, “is already trouble” – anyone seeing the jeeps go up to his house at such nighttime would already tag him as a collaborator. What has the army or the GSS to look for at his place at night? And this is precisely how the GSS works – sowing discontent among the Palestinians themselves, marking innocents as traitors, instigating suspicion and slander, and thus ruling a splintered, ruined society.

Abd Al Qader’s tractor and water tanker have been confiscated because of entering a firing zone. Naturally they entered ​​ – after all Abd Al Qader, his father, their wives and children live there and need drinking water, especially on such hot summer days. The water pipe passing near their home serves only the neighboring army base and nearby settlement. They themselves are denied water altogether. Abd Al Qader then drives his tractor to En Al Beda to bring this life-sustaining liquid. The equipment was held by the Civil Administration for about a month while Abd Al Qader was willing to pay any fine imposed on him, but the army held the tanker and tractor for a month and now he has paid over 2000 NIS for their release. Tomorrow they may be confiscated once again. Everything is done in order to expel them and their brothers from the Palestinian Jordan Valley.