Etzion DCO:One brother is injured, the other one prevented   | Machsomwatch
Skip to main content
Back to reports search page

Etzion DCO:One brother is injured, the other one prevented 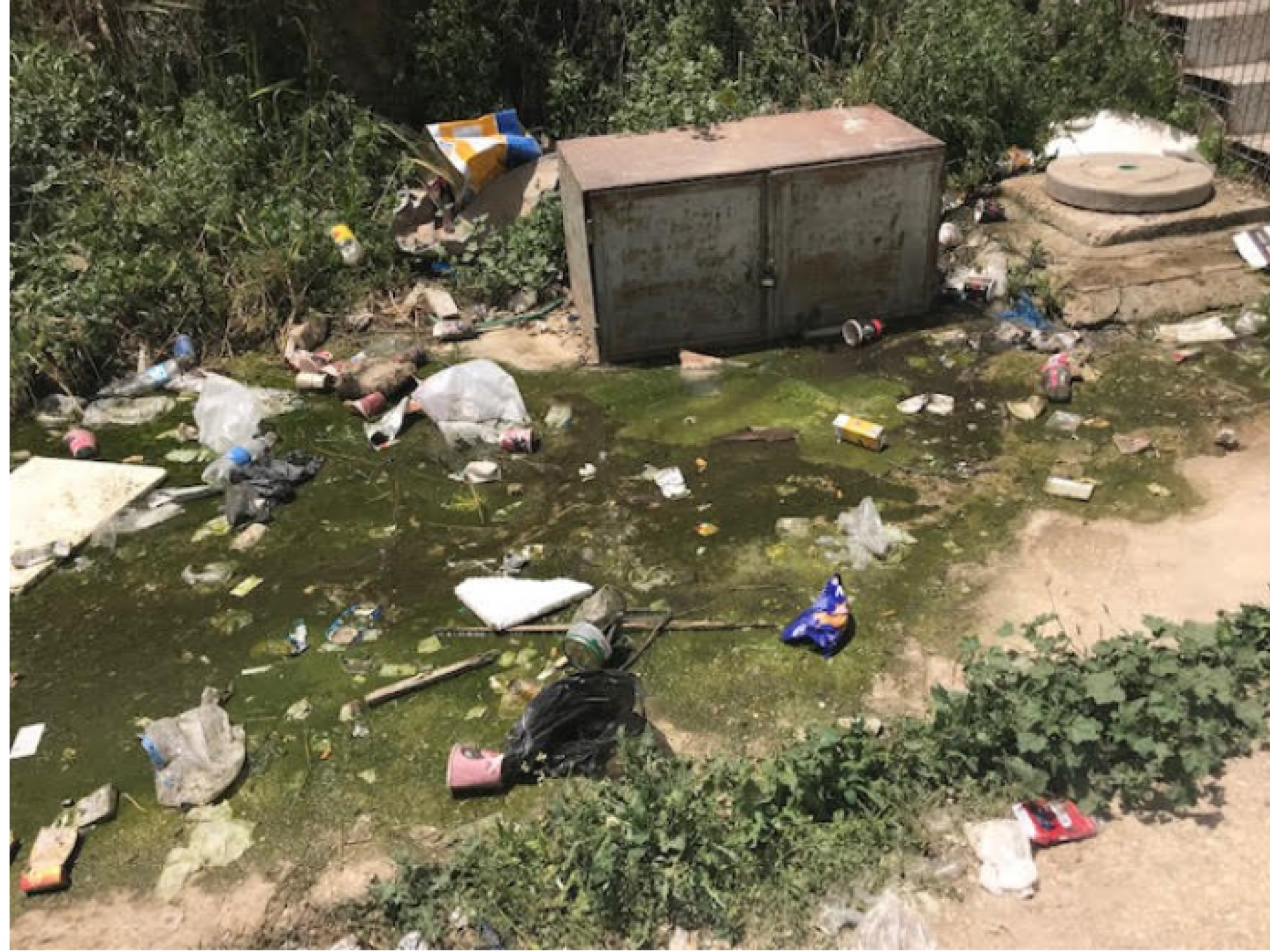 For several weeks now, a foul-smelling sewer welcomes the callers to DCL

10.30 For several weeks now, a foul-smelling sewer welcomes the callers to DCL. This is not a poetic description or a metaphor for the situation in the occupied territories, but a factual description of neglected sewage in public area. Apparently, no one in charge of the place cares about the area being so unkempt.

An elderly woman turned to us and complained that her family's car had been taken from her, claiming that the license plates were wrong. Her son was arrested, detained for ten days and released. It is not clear why he was arrested and why he was released, and meanwhile the car is confiscated. The family turned to a Nazareth lawyer, who has an office in Hebron, paid him NIS 4,100 and promised to pay another NIS 3,000. This rate is not unusual. Lately we have heard of a number of lawyers who make a nice living from the occupation. The woman claimed she was unable to contact him. We helped her call and managed to talk to him. He said he was in court and promised to call her back later.

A young man approached us and said that a month ago his brother walked from Bethlehem to his village. On the way, he was hit by a bullet that had apparently been fired by the army. In response, the State of Israel decided to turn the injured man's brother into a GSS prevented (prevented entry into Israel), apparently for fear that he would want to avenge his brother. Now the family is worried about her two sons, one wounded and the other prevented. Their car has also been punished and has been held by police for the last 40 days. We transferred his complaint to Hannah so she could pass it on to “Yesh Din”.

A woman whose daughter was diagnosed with lymphoma reported that the girl had been summoned to Hadassah Hospital in Jerusalem but was refused a permit to enter Israel. Despite the fact that she was born in a hospital in Beit Jala, her identity card states that she is a resident of the Gaza Strip. Both her parents live in Bethlehem. Her father was born in the Gaza Strip, but he has a Palestinian identity card that says he is a resident of Bethlehem. Since the girl did not receive an entry permit for treatment at Hadassah, they were referred for treatment in Jordan. The family thinks the treatment at Hadassah is better. But this is not the only problem. Since she is registered as a resident of the Gaza Strip, they fear that if she leaves the country she will not be allowed to return to Bethlehem. We again turned to Hannah in the hope that she would solve the problem.

A man whose wife is ill and needs to undergo an operation tomorrow at Augusta Victoria Hospital in East Jerusalem complained that she did not receive an entry permit to Israel. In examining the documents he showed us, we did not find a document referring to the operation. He said that the hospital called him. We instructed him to ask the hospital for a document containing the necessary details and to submit it to the DCL.