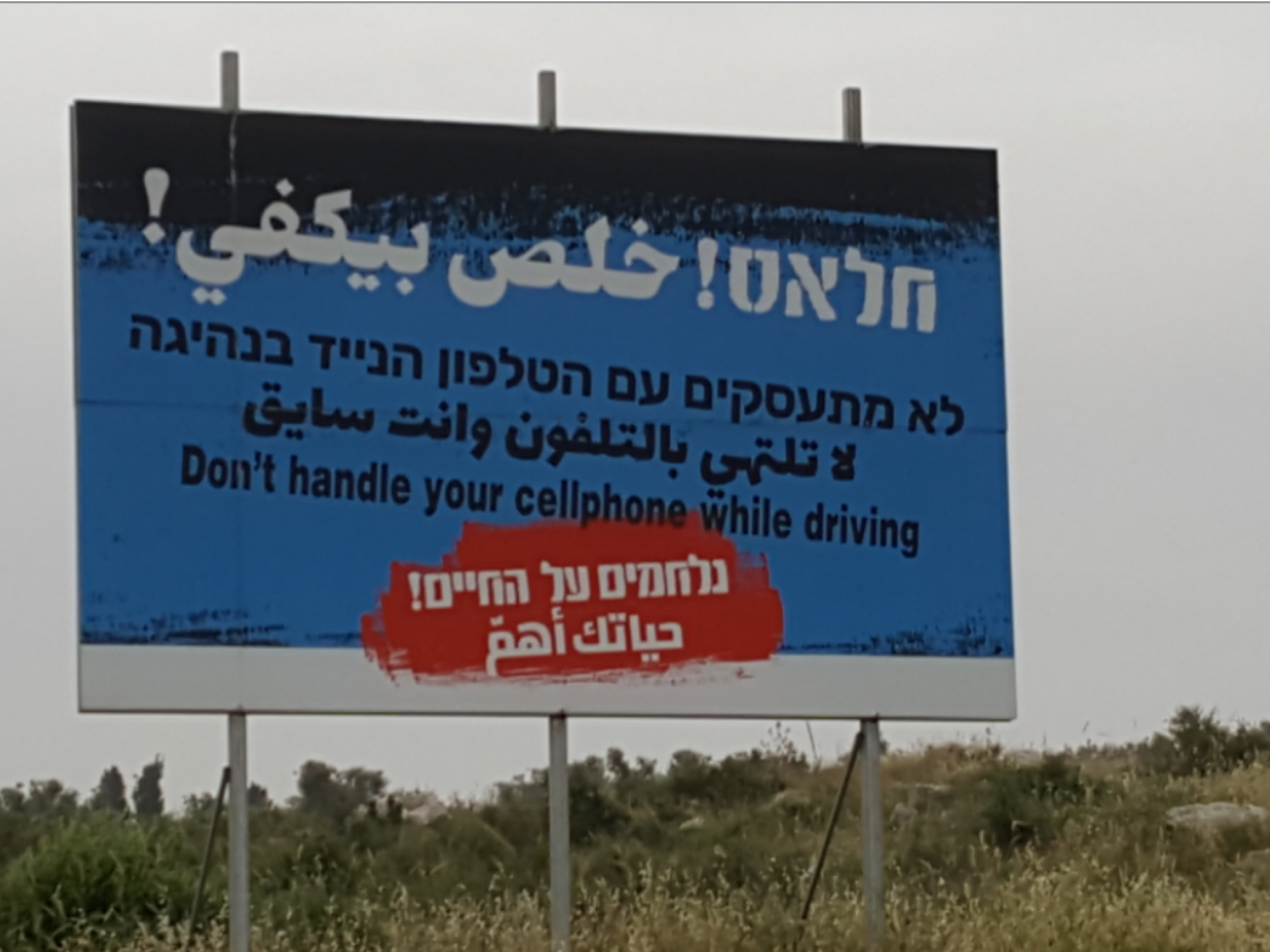 The first day of Ramadan

18 people and a tractor were waiting for the checkpoint to open.  They had not had anything to eat or drink since sunrise: this was the first day of the Fast of Ramadan. M., our friend the tractor driver, wished us a happy Independence Day – a demonstration of the absurdity of the checkpoints.  We wished him Ramadan Kareem.  The soldiers arrived ten minutes late and opened the gate, and everyone went to the inspection point together.  Within a few minutes, everyone had crossed.

A youth was waiting under the shelter, sitting on the broken bench.  Within a few minutes, a car arrived from the seamline zone and picked him up.  Two cars and a pedestrian crossed to the West Bank.  We drove past Reihan–Barta’a checkpoint, the bridge with its two locked gates

, and the village to Emricha and the closed gate leading to Yaabed.   Young tobacco plants were growing on the sides of the road.

Cars were going in both directions without being checked.

The yellow steel gate was open and traffic was moving freely to and from Tulkarem.

Near the turnoff to the settlement of Hermesh, there was a large sign in three languages.  One side warned against crossing the unbroken line in the center of the road.  The other side contained a warning against using a cell phone while driving.  Hannah noticed that the Hebrew read: “Fight for Life” while the Arabic read: “Your life is important.”

The parking lot was not full and relatively few people were returning from work – either because of Ramadan or because of the smaller number of permits for working in Israel.   Yellow taxis and other vehicles were waiting for people.  A man was praying behind the cars, and three others were praying behind the checkpoint shelter.  The Palestinian attendants were not there.

We left at 16:45.  The crossing facility looks like a covered marketplace.  We fantasized that that's what it would be in the future.