The gray was very gray. 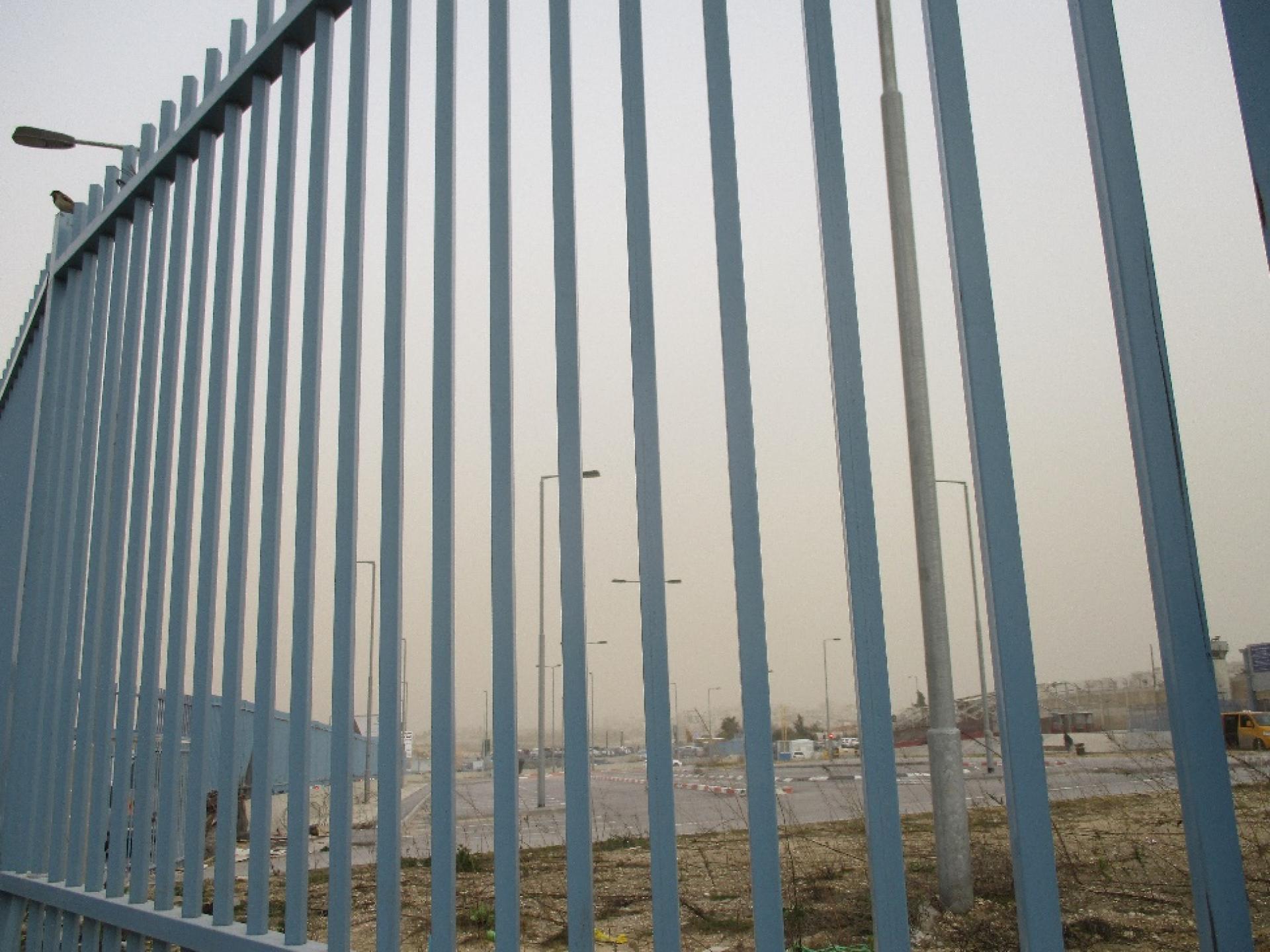 Amidst the haze and dust rising with the wild wind, an ill woman waited inside the West Bank ambulance for the arrival of the Jerusalem ambulance.

I do not know the name of the illness/illnesses afflicting this woman, but one mustn’t specialize in medicine to notice and know that her condition was dire. 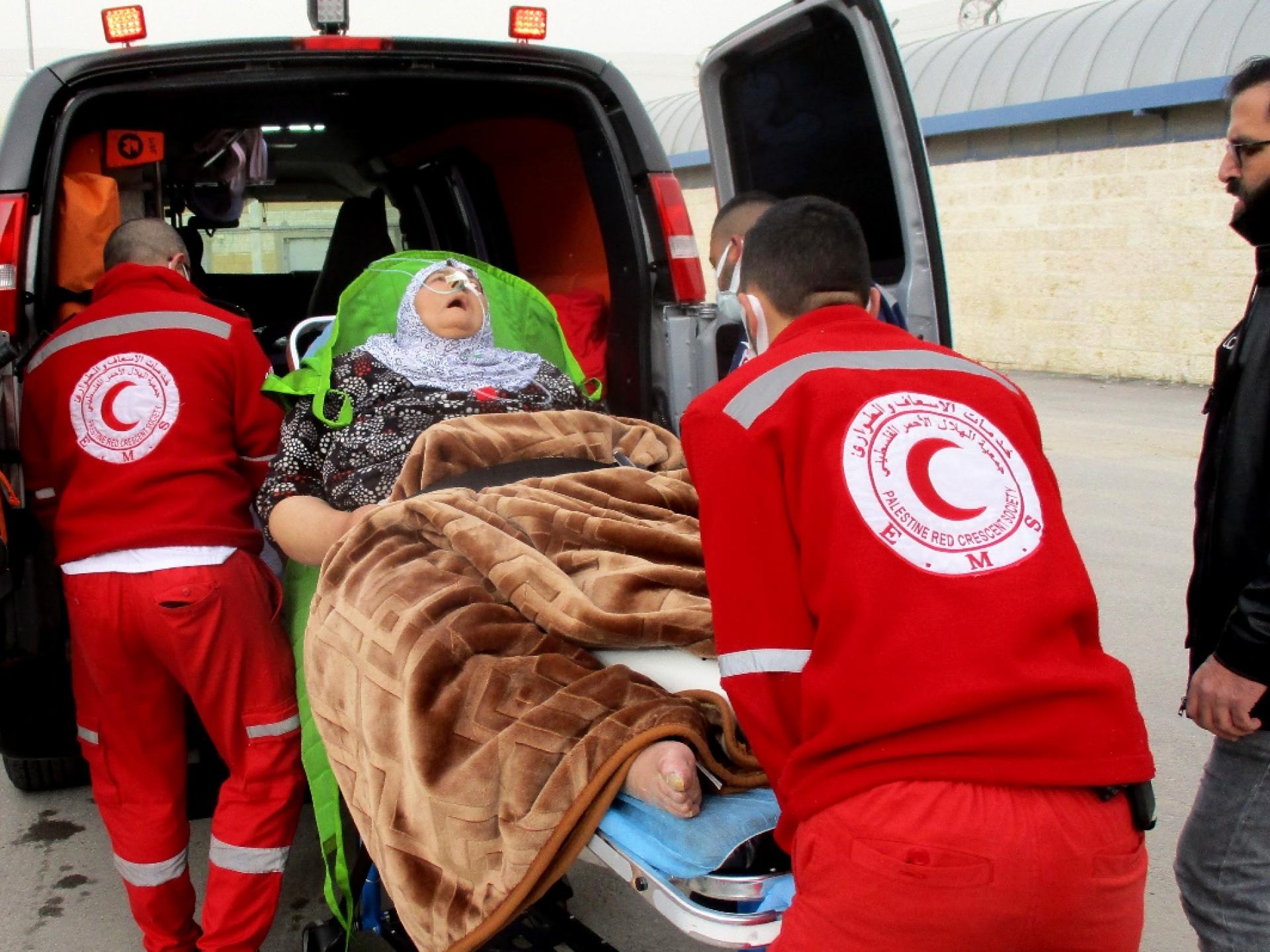 A patient from Kfar Akev is transferred from ambulance to ambulance

The woman was only partly conscious, connected to an oxygen tank, and the exposed parts of her body were swollen to the extent that her skin could hardly contain inner pressure.

Mom’s oxygen has fallen dramatically, said her son, and explained that she is being returned to West Jerusalem’s Sha’arei Tzedek hospital where she had been treated until recently.

The woman’s home is in Kufr Akab, she holds a blue (Israeli) ID, is a permanent resident, and on the privilege-hierarchies scale she and her family are placed higher than the millions of Palestinians living between the river and the sea. True, they pay all the taxes levied the by the state and the city, and are free to move, but all of this does not suffice – one needs to be born on the right side of the apartheid wall…

Kufr Akab falls between the chairs. Its inhabitants, although at home only 2 kilometers away from Ramallah, do not receive services from the PA because the neighborhood does not belong to it. However, services are not provided by Israel – the state to which this neighborhood has been annexed and which is committed by law to provide.

The reason for this anomaly is the fear of emergency vehicles from Jerusalem to cross the wall. Moreover, Palestinian ambulances are not allowed to enter Jerusalem.

The result of this complexity was that the woman was not transported from her home directly to the hospital, but had to be tossed from one stretcher to another, among various medical teams and ambulances, and although upon her release the hospital doctors had recommended home medical care, with documents to prove this, the recommendation was not filled and she was abandoned to her family and fate.

Not far from there, in a well-hidden corner, in a spot from which retreat was impossible, stood armed hunters waiting for their prey, and detained youngsters returning to Palestine from their day’s work in Jerusalem, thoroughly inspecting their papers, transit permits and personal data. The purpose was to catch whoever came out that morning without a transit permit. 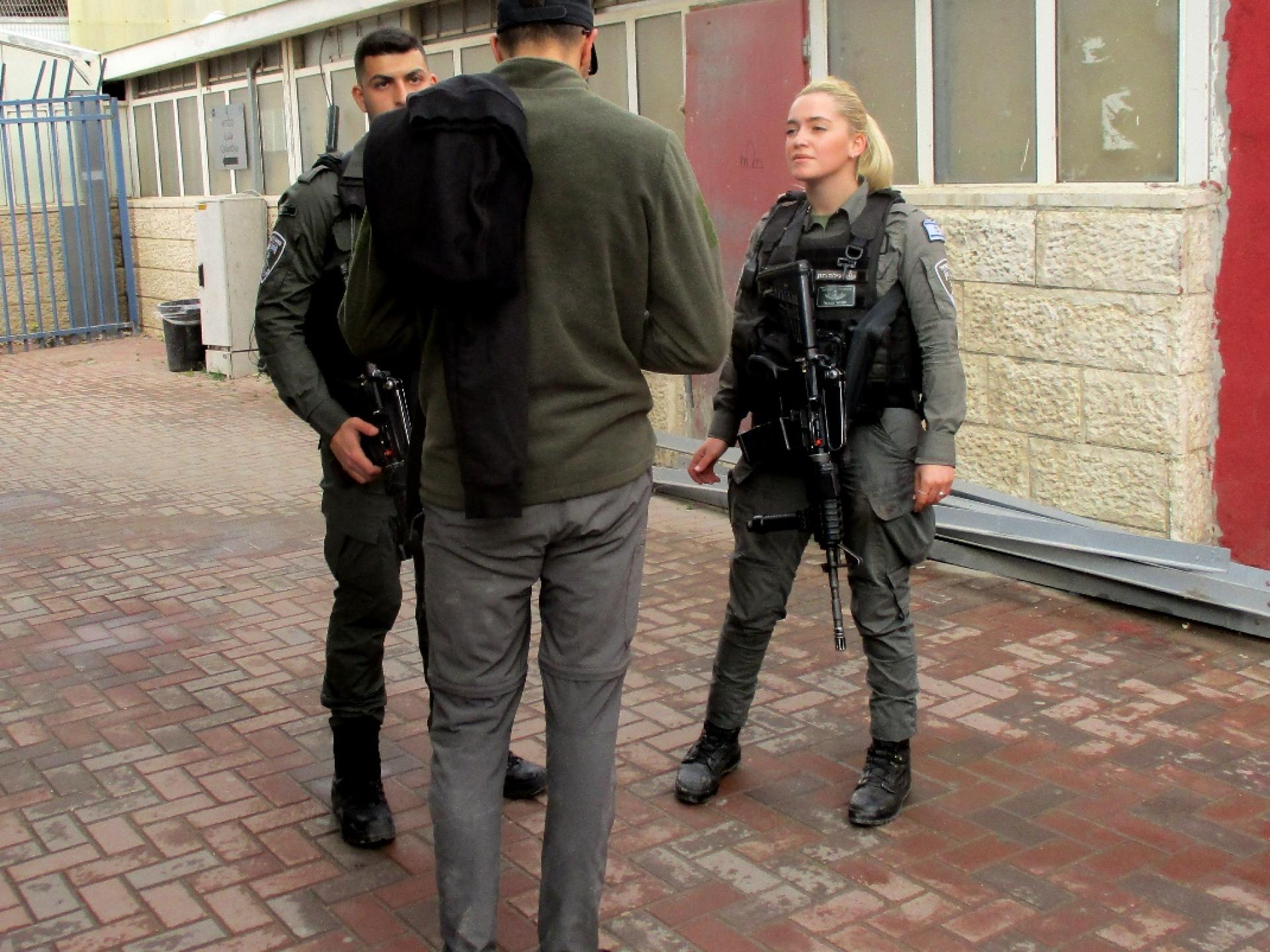 One can hardly understand how in a place defined by the authorities as a ‘security hazard zone’, the hazard lies with those returning rather than those exiting it.