Northern Checkpoints, Barta’a: Where has all the action gone? | Machsomwatch
Skip to main content
Back to reports search page

Northern Checkpoints, Barta’a: Where has all the action gone? 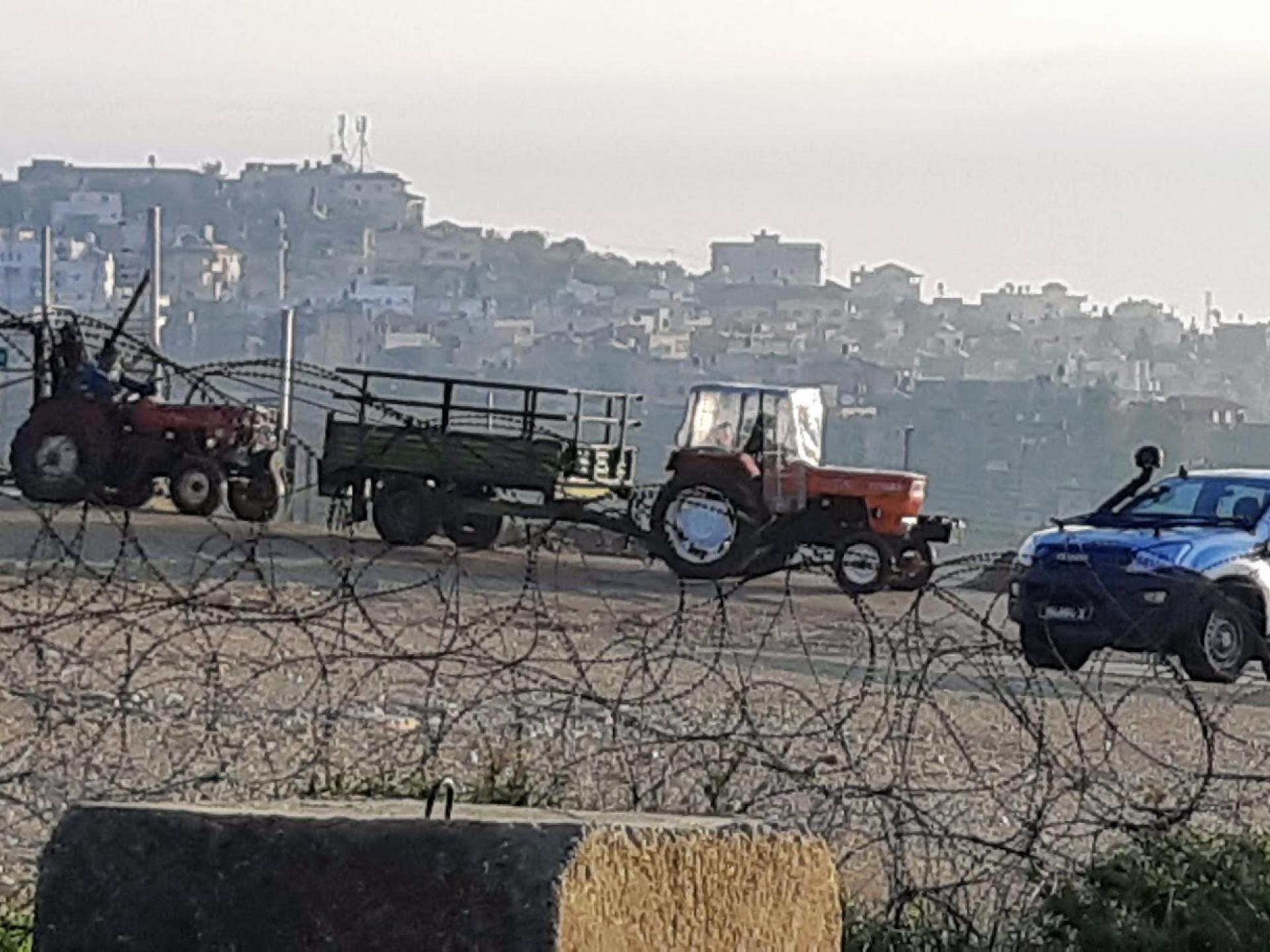 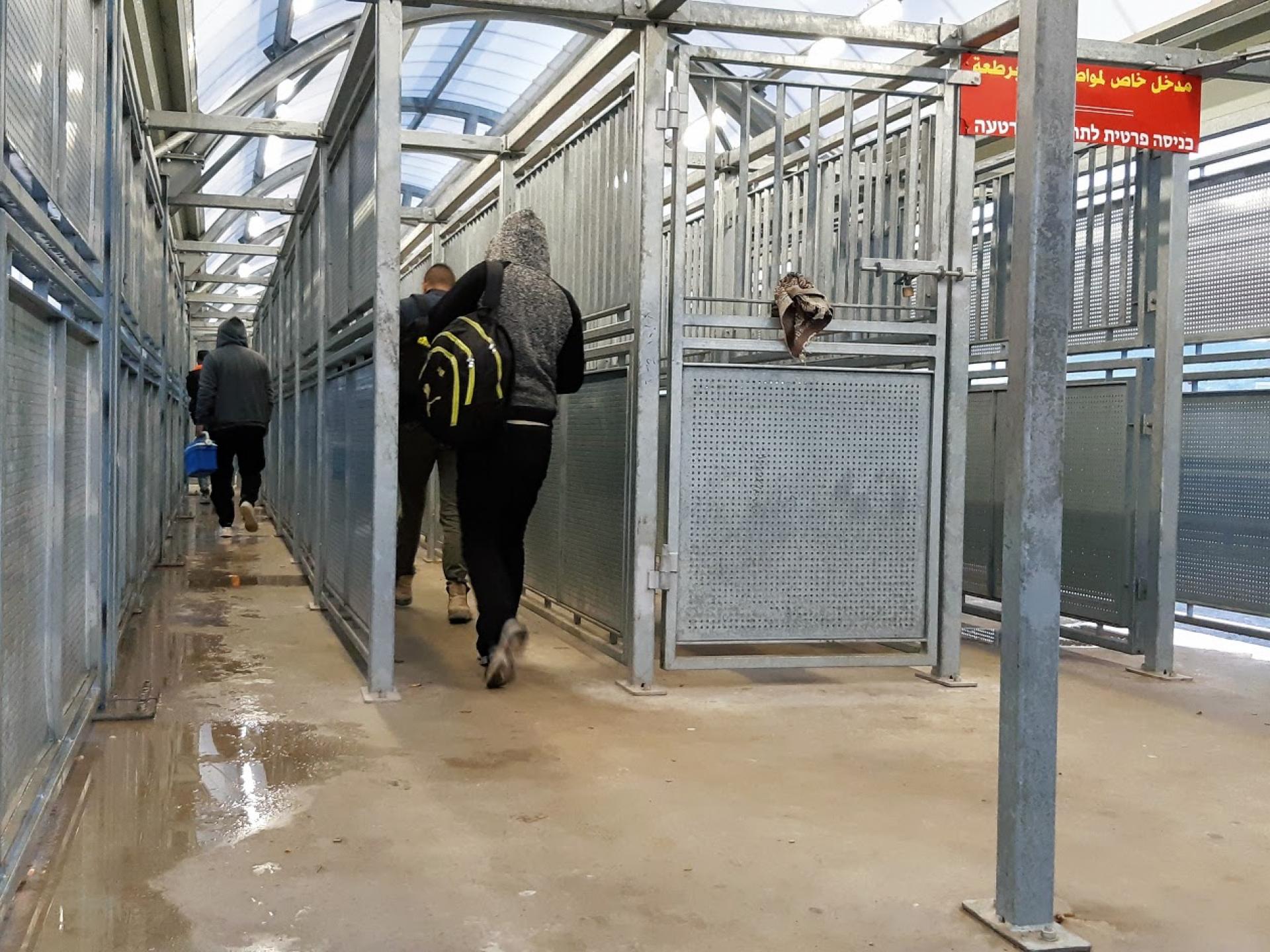 Barta’a Checkpoint: The shiny new cage does not stop the rain from falling in
Photo:
Shuli Bar

5:55 a.m. Barta’a-Reihan Checkpoint (the seamline zone checkpoint)
The change in the reduced number of people crossing here in the morning hours is still visibly considerable. This is the extent to which we have grown accustomed to the morning crowding and chaos over the years. We already notice the change from the upper car park, to which Palestinians from the West Bank come after undergoing permit control inside the terminal. There are less taxis and transport vans, less crowding of people waiting for their rides. Quiet. In short – no action…

Why is there no action? Who took it away?

Barta’a is the largest checkpoint in the northern West Bank. Palestinians and good cross here from the Occupied Territories into the seamline zone. This “zone” was born as the Separation Fence was erected and the barriers came into being, separating it from the ‘green line’ which was Israel’s border until 1967. In fact, this “zone” is an enclave in which Palestinian villages, farmlands belonging to West Bank Palestinians, work places, social and cultural services are simply caged in. The literary-sounding definition “zone” insinuates as it were that any Palestinian who moved into the seamline zone can – with the same breath – continue and leak into Israel unhampered by any additional barrier. When we claim that the checkpoints did not prevent terrorist attacks, for the way into Israel is not really barred against terrorists, Israelis have a hard time agreeing with us. It is apparently more consoling and encouraging to go on believing that the checkpoints are a necessary evil. Meaning – it’s either us or them…

For the past year, the Civil Administration has made serious efforts to catch permit-holders who dared to use them to enter Israel itself. Who expanded. Who invaded large workplaces in Israel such as the new Israeli town of Harish that is being constructed by a multitude of Palestinians, or in the streets of the large Arab (Israeli) city of Umm al Fahm, close to the northern checkpoints, etc. Furthermore, the Civil Administration did not automatically and sweepingly renew the entry permits that used to be issued to Palestinians once every two years. Now, a Palestinian who went to the DCO to try to renew his permit, is interrogated carefully and required to prove where precisely he must be at 6 a.m. inside the seamline zone. If he doesn’t, his permit is rescinded. Consequently, (and according to the head of northern DCO chief in Salem, bragging to our volunteers) the number of people allowed into Barta’a has greatly diminished since the beginning of the current year. Whoever has a work permit inside Israel is sent to cross the official checkpoints into Israel, and in the northern West Bank this is Jalame Checkpoint. In the afternoon they are allowed to return to the West Bank through Barta’a Checkpoint. In the late morning, after the holders of permits to enter Israel have crossed over, other appropriate permit holders may cross too.

The new transit cage, shiny and airy in the Palestinian car park, is not rainwater-proof. When it rains and the wind blows, pedestrians get drenched and the rainwater creates puddles on the floor. We saw it happen this morning.

When we arrive the soldiers open the checkpoint. A woman-soldier calls out ‘good morning’. The 3 tractors and about 15 pedestrians were allowed through swiftly.

The same soldiers who let the ‘Aneen people through got here one minute before we did. About 15 pedestrians and one tractor crossed over. The men hurry on, most of them greeting us with ‘good morning’. But the women approach us with a handshake and a smile, greet us ‘good morning’ and make a show of virtual solidarity messages.