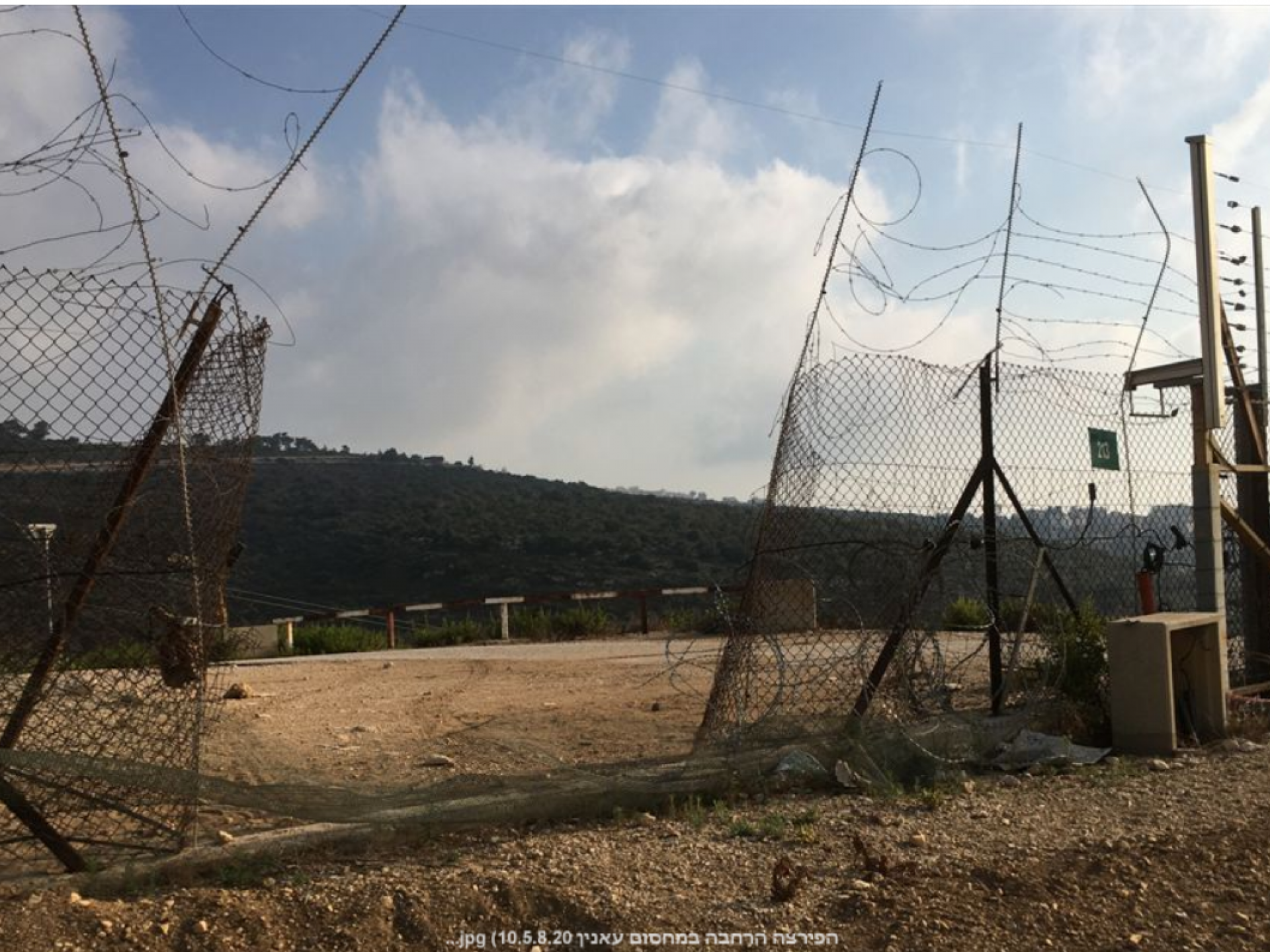 Anin Checkpoint: The large breach in the system fence at the Anin checkpoint, a vehicle can pass through it 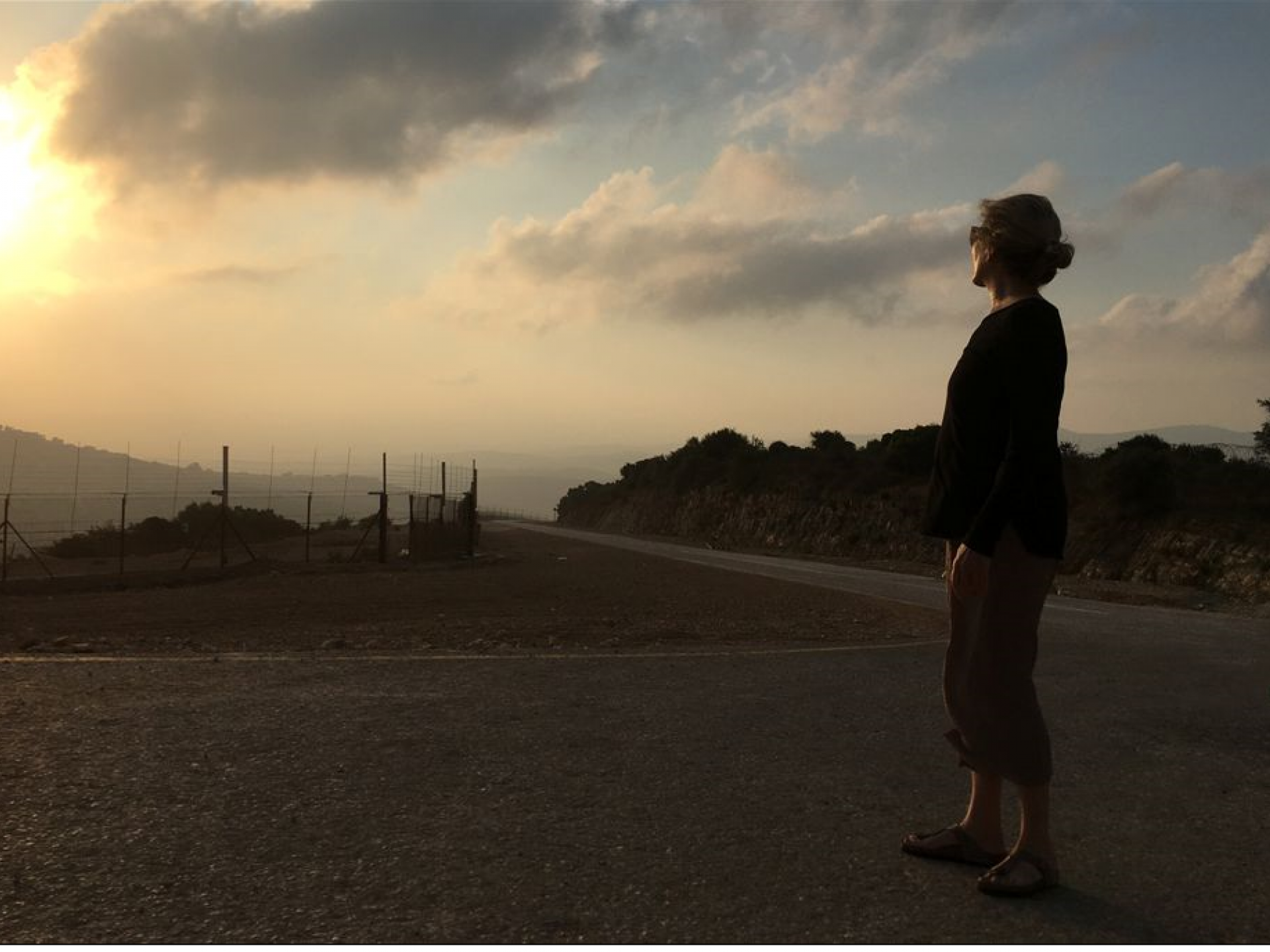 Anin Checkpoint: Marina against the backdrop of sunrise 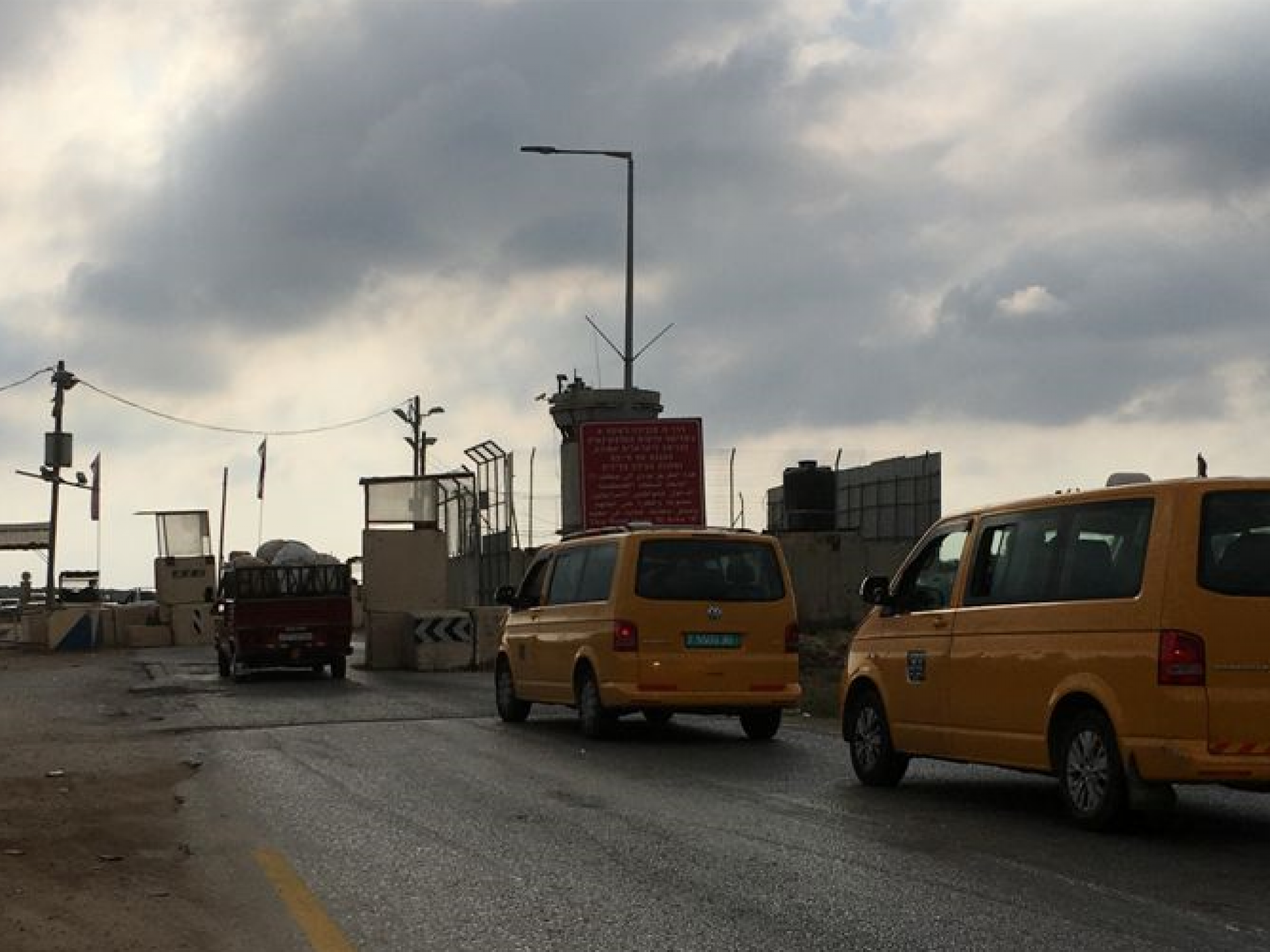 Checkpoint Ya`abed Dotan: Empty taxis on the way to Jenin

We arrived at exactly 06:30.  The front gate was wide open.  An army jeep was parked next to the center gate.  A woman carrying a shopping bag crossed and turned to an olive grove east of the checkpoint.

At 06:35, the soldiers locked the gate and left.  Only 5 minutes had passed!  Suddenly, a jeep with Israeli license plates drove on the dirt road in the olive grove and sat there. Strange.  We went to the center gate to see if anyone was late, and indeed, at the lower gate (on the side of the village), a car arrived.  It turned around and returned in the direction of Anin.

In the fields, we saw a traditionally-dressed farmer, carrying a saw and going up in the direction of the orchard, and a young man approaching the locked gate. In our naivety, we yelled and waved at him to indicate that “nothing can be done;” the soldiers had already locked up and left. When we started to cross back toward our car, that jeep flew out of the grove, crossed the checkpoint, and went at full speed through the wide breach to the left of the locked gate, a break we didn’t notice was there until now. We saw the young man fleeing in panic and the jeep chasing after him.  Afterward we heard shouting.  Did we just witness an event of  a“security” or criminal nature?  The driver of the jeep was alone; is rare for security people to travel alone.

The soldiers are already at the checkpoint, taking their time.  They drink, eat, and chatter.  One driver is waiting patiently on this side of the crossing, while a few other cars wait on the other side. Impatiently and loudly we asked the soldiers how come they have no consideration for the time of the local residents. They should begin the crossing at 07:00 at the latest. The driver, A., says that this is how it is every morning.  It takes 20 minutes until the crossing begins. At 07:20, the first car goes through.  Our friend, C., says that sometimes the crossing starts only at 08:00.  About 10 people and a few cars pass through.

We returned to Anin Checkpoint to see, up close, the breach in the fence that the jeep has passed through, to try to understand what we had seen. The breach is next to the gate; we haven’t seen it before. Is this some kind of cooperation between soldiers who leave their watch after 5 minutes and the security person in the jeep who has ambushed the infiltrator? Did we, without meaning to, cause the young man to be trapped because we told him that the checkpoint was closed?  To our regret, we don’t know how this event has ended.

In the upper parking lot vehicles, especially yellow taxis, park at the edge of the new, long sleeve

(the enclosed passage to and from the terminal). Apparently, , everyone has gotten used to this  new arrangement.

To our surprise, there are rows of cars from two crossings of the checkpoint. The soldiers inspect vehicles on their way to Area A, “just because.”  At the time of our observation, the lines thinned out and there were no delays.

We were interrogated at the exit and sent to wait for a minute on the red X in the road.  This time they did not take our identity cards.

Yesterday afternoon, a volunteer from the organization “On the Road to Recovery” brought back Mari, a girl with 100% disability, and her father from the Sheba Hospital.  The volunteer was instructed to let them offat the checkpoint, and they continued on foot to the vehicle waiting for them on the Palestinian side of the parking lot.  They had to cross the road on foot, and although it was a short way, the young girl was in a wheelchair, and her father was carrying heavy equipment that she uses (the doctor has requested to check them).  What for?