Soldiers and ‘clergy’ raid Palestinian heritage at Beit Umar, why? | Machsomwatch
Skip to main content
Back to reports search page

Soldiers and ‘clergy’ raid Palestinian heritage at Beit Umar, why? 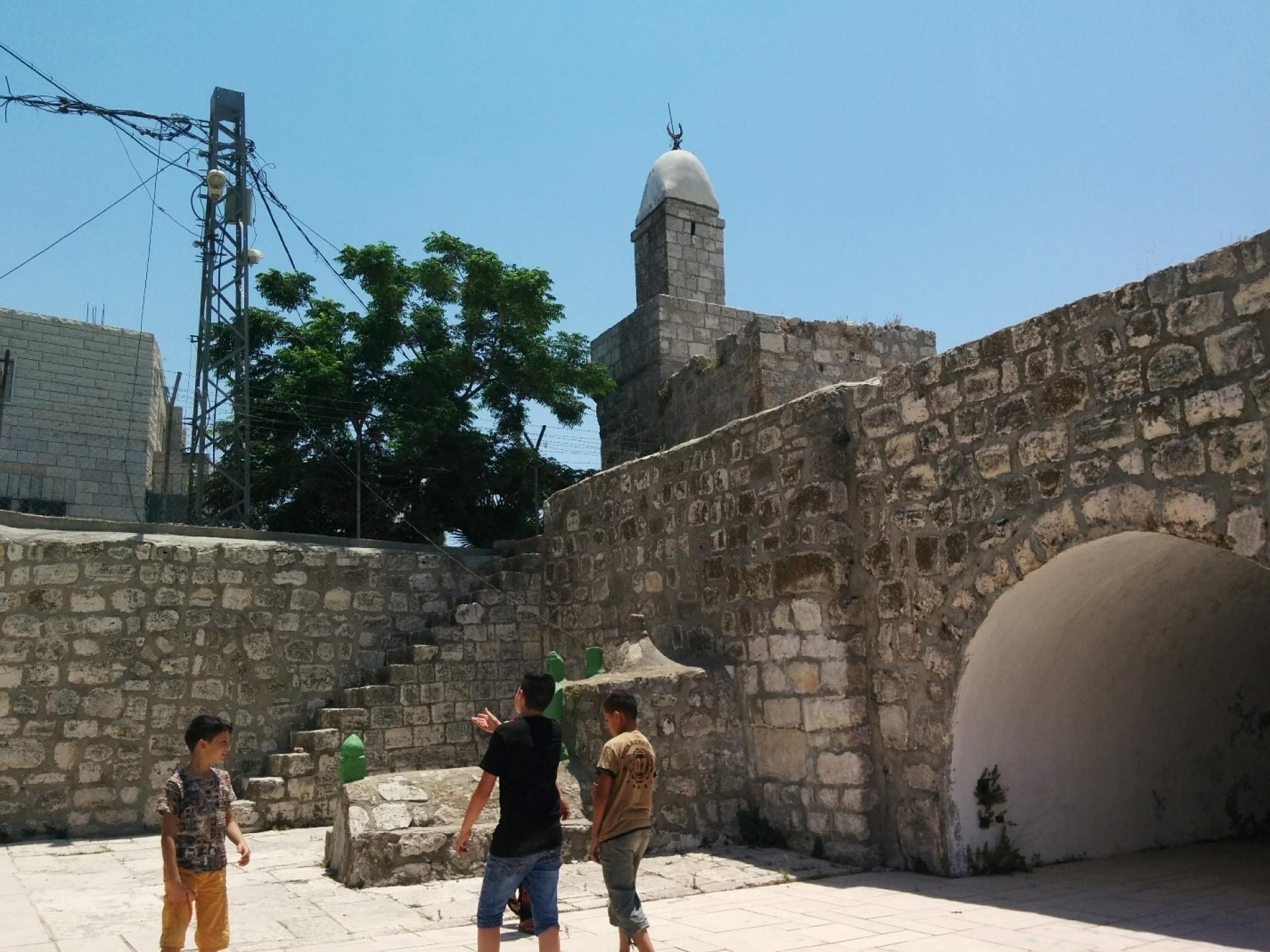 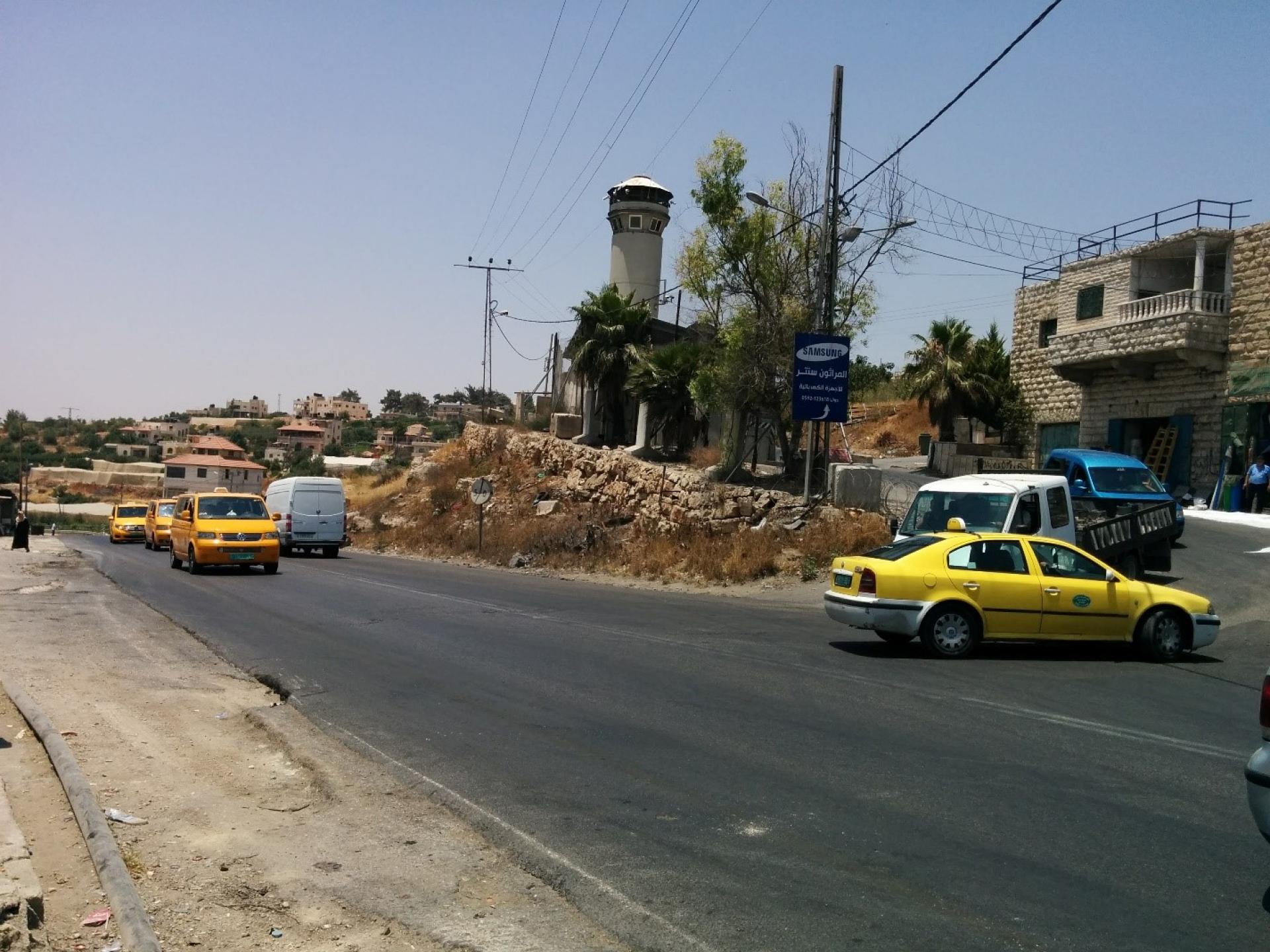 A posting by Tamar Goldschmidt on Facebook informed us of a night raid on June 29, 2017, and a break-in at “an ancient mosque” in Beit Umar, a Palestinian village not far from Etzyon colony block. Tamar translated the testimony of a local witness and posted it along with its photographs. Violence broke out when the villagers woke up that morning and realized the Israeli army had invaded the locality and surrounded the holy site.

Breaking into an “ancient site”… All our antennas were alerted! In an initial research of the name “Nabi Matie” we realized the issue is the ancient tomb located inside the village, close to another mosque:  “In Beit Umar = a tomb called Al Nabi Mate, sanctified by the villagers. According to Arab tradition this is the tomb of Amitai, father of the prophet Jonah.” (Vilnai, 1968).

To what purpose did the army delegation arrive here with 10 vehicles and two religious functionaries who measured the 4-story structure for 3-4 hours? Was it in order to prepare the ground for Judaizing the place and turning a Palestinian heritage landmark into a new focus for Jewish pilgrimage on the basis of the Jewishness of the father of the prophet Jonah (after whom numerous such gravesites are attributed from the Golan all the way to the Judean hills)? Who gave the order for such a nighttime incursion in a Palestinian village-town in the heart of Area A? To what ends?

So far, in our study of “maqams” and other Palestinian heritage sites (from which the Palestinians themselves are excluded), such as those inside Jewish settler-colonies and those victim to mass celebrations by Jews, often blocking whole villages such as Awarta or Kifl Hares or alternately, mosques such as in Nabi Samuel – we have them long after facts on the ground were established, mostly many years ago. That is why the recent Palestinian achievement in UNESCO, the organization’s declaration of the Cave of the Forefathers in Hebron as an endangered world and Palestinian heritage site is so refreshing and encouraging.

Here, in Beit Umar, for the first time we showed up early enough to witness heavy hints of the occupation’s initiated track to take over sites. Intervention might even affect, deter, delay, enable an inquiry being presented in the Knesset about a nighttime incursion into a holy site within Area A without the usual ‘security’ excuses (perhaps along with the Alternative Archaeologists organization Emek Shaveh who also suggested such a possibility). Perhaps even raise doubts- since when has Arab tradition been accepted as decisive by the Jews? One must keep in mind that all the biblical heroes are considered holy by all observers of the monotheistic religions. Plenty of Muslim or Druze maqams are named after characters from the Bible without being targets of Jewish pilgrimage. Is this a merely temporary situation?

H. from Beit Umar, who opened the handsome maqam gate for us, is also the person who opened it for the soldiers after he was summoned at 3 a.m. by neighbors who heard the soldiers trying to break it in by force. H. ‘softened’ the encounter as much as he could and obeyed their order to open door after door inside and answer the Jewish masters’ questions. He is fully aware of the reasons for this night visit and did not ignore comments and criticism by the Jewish experts about the maintenance of the place (!). In fact, 90% of the place is maintenance perfectly well and is not to be compared to the state of maqams caged inside settler-colonies or near them. The compound which does contain a square-shaped tower is not a mosque. H., also responsible for the nearby mosque spoke of the difference and the cooperation between the two religious establishments and the community. The five daily prayers take place in the mosque, whereas religion classes and ceremonies such as the halaqa (boys’ first haircut) take place inside the maqam. The green-painted stretchers for carrying the deceased to the graveyard are also kept inside one of the side yards of the maqam.

The compound dates from the Memluk period (1291-1516) upon a Crusader foundation, and its square-shaped tower is typical of Memkuk architecture in the Hebron area, similar to the towers of the mosque above the Cave of the Forefathers and the mosques in Halhul and Bani Na’im. The Halhul mosque, according to Arab tradition, is constructed over the grave of the prophet Jonah, and in Jewish tradition it is the gravesite of both the prophet Nathan and the seer Gad. IT is very likely that there, too, the army has “visited” while waiting for the results of the Palestinian appeal to UNESCO regarding the Cave of the Forefathers.

Beit Umar is located on road 60. The army’s walled-in pillbox post resembles a fortress. The night incursion of June 29, 2017, is not mentioned in any website, not even in those that generously report violent incidents there, nor is there any mention of the uprising against the occupation there and against the adjacent settler-colony of Karmei Tzur.

the Gush Etzion-Hebron road - which is the main axis of  the southern Hebron Mountains - passes through the boundaries of the village. Many incidents of stone throwing occurred on this section of road. There is a checkpoint at the entrance to the village.

In March 2006, a 25-dunam land seizure order was issued around the settlement for the purpose of establishing a "special security area" (SHBM) and a warning fence around the nearby settlement, Carmei Tzur. In April 2019, 401 dunams of the land of the villages of Beit Omer and Halhul were expropriated for the purpose of paving a road that bypasses the house of Omer to the east.  Demonstrations are held by the villagers against the seizure of land with the participation of Palestinian, Israeli and international activists.