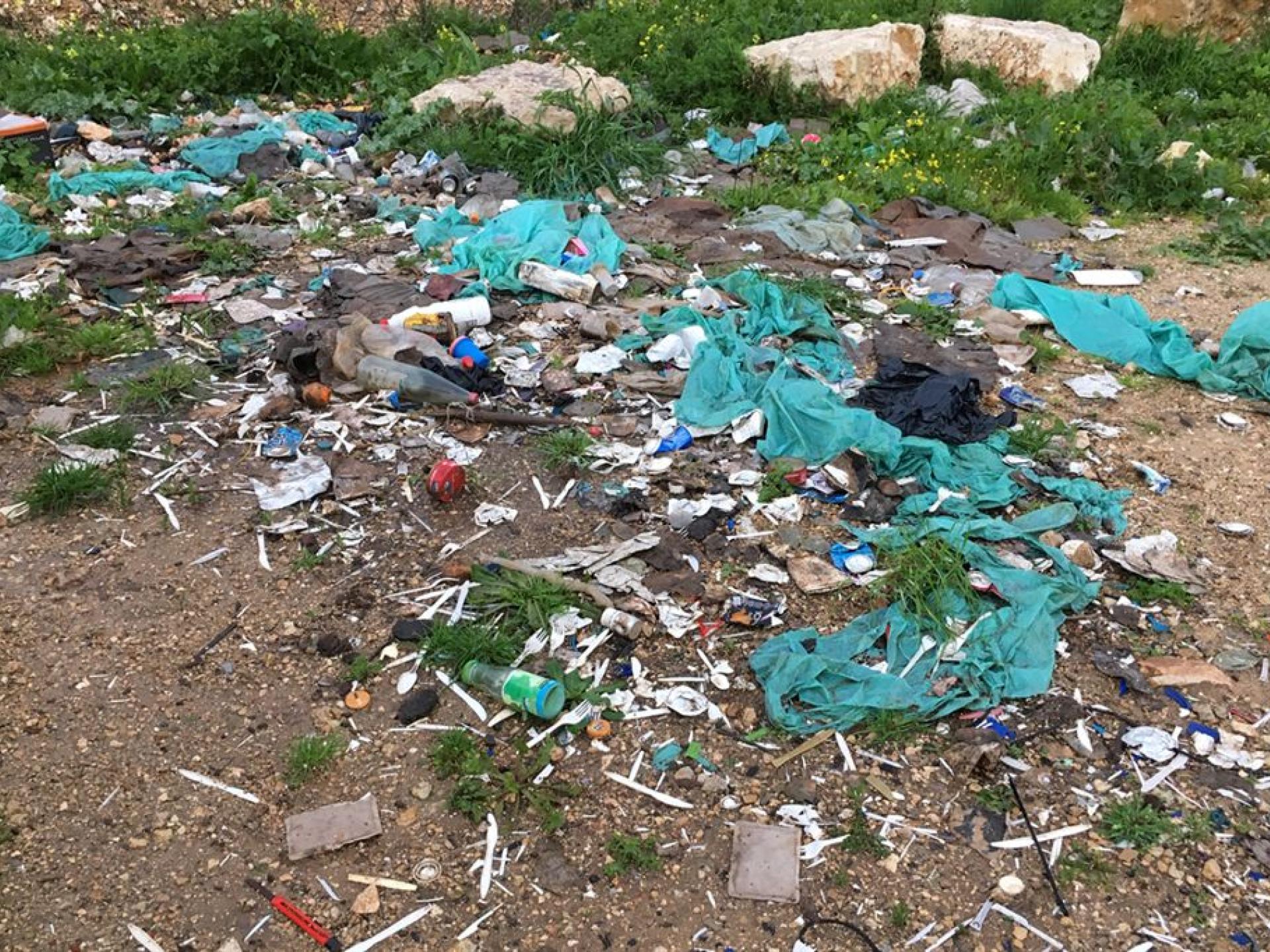 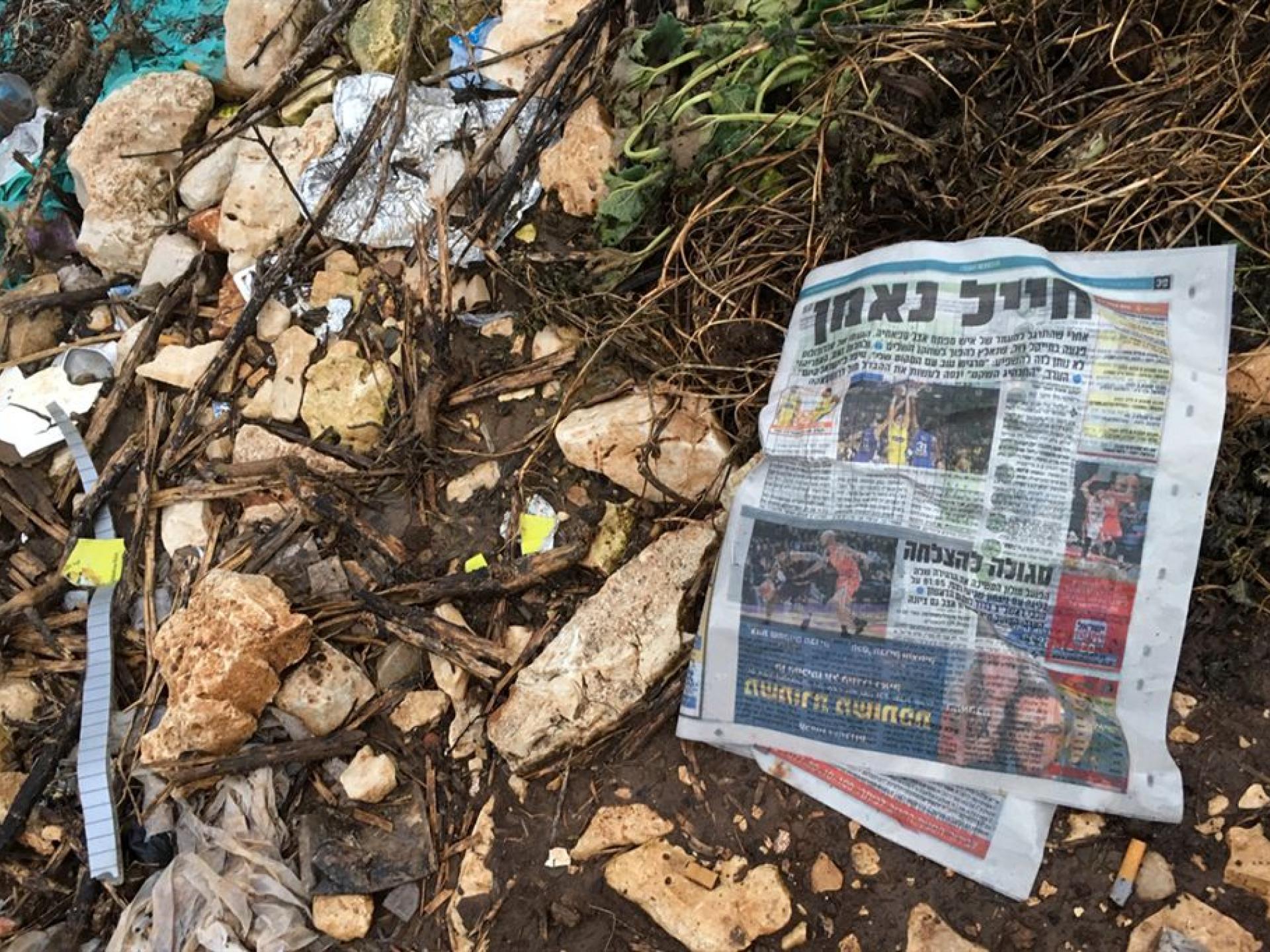 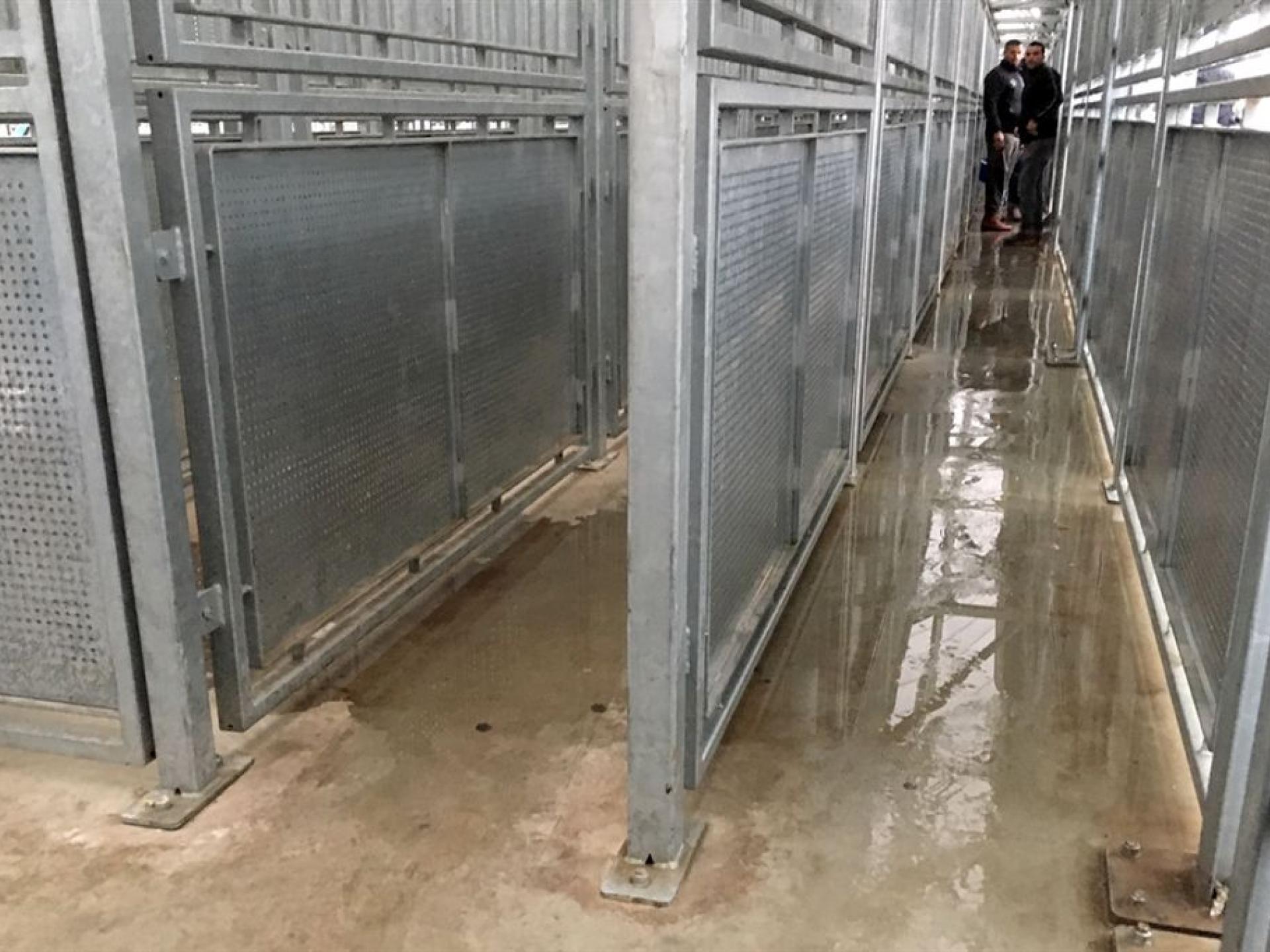 The new facility at Reihan – Barta’a Checkpoint is exposed to the rain.
Photographer:
Ruti Tuval

On the way to the checkpoints while driving through heavy rain I was surprised to hear about the litter at Checkpoint 300, which is Tura – Shaked Checkpoint in northern Samaria.  Our member, Hannah Heller, was on a talk show and reported that since she had called the garbage container was being emptied before it overflowed, but the litter surrounding it still remained.  The program “Yihiheh B’Seder” (It will be OK) on the IDF radio station [a program that helps the public deal with complaints]will continue to follow up about this ecological hazard.

There were a lot of cars in the parking lots and on the road.  Some of the workers excitedly told me that yesterday at Yaabed Checkpoint several soldiers “with ear locks” ordered them to get out of their cars with their hands on their heads.  “Why?”  they asked, more in confusion than in anger.

The new aluminum corral” facility is wet inside and out, and drivers complained that they have nowhere to get out of the rain and wind.

The checkpoint was open.  There were concrete blocks and a sign warning against entry into Area A.

Cars were passing freely between the concrete blocks.  There was also a sign here warning against entering Area A.

Many workers were still returning from work in the pouring rain.

The checkpoint was empty of cars and people.  At 17:00 a lone car crossed quickly.  Four minutes later another car crossed.  I could hear the soldiers talking about the menu for dinner – eggs and mashed potatoes.
At 17:06 a 4X4 vehicle arrived and was forced to wait.  The checkpoint opened to let it pass at 17:09.  A male and female soldier asked the driver asked from a distance if he was carrying anything in back.  Evidently he was not and he was allowed to cross to the West Bank.    At 17:12 another vehicle arrived.  It waited for a minute, the soldiers peeked inside, and it continued on its way.