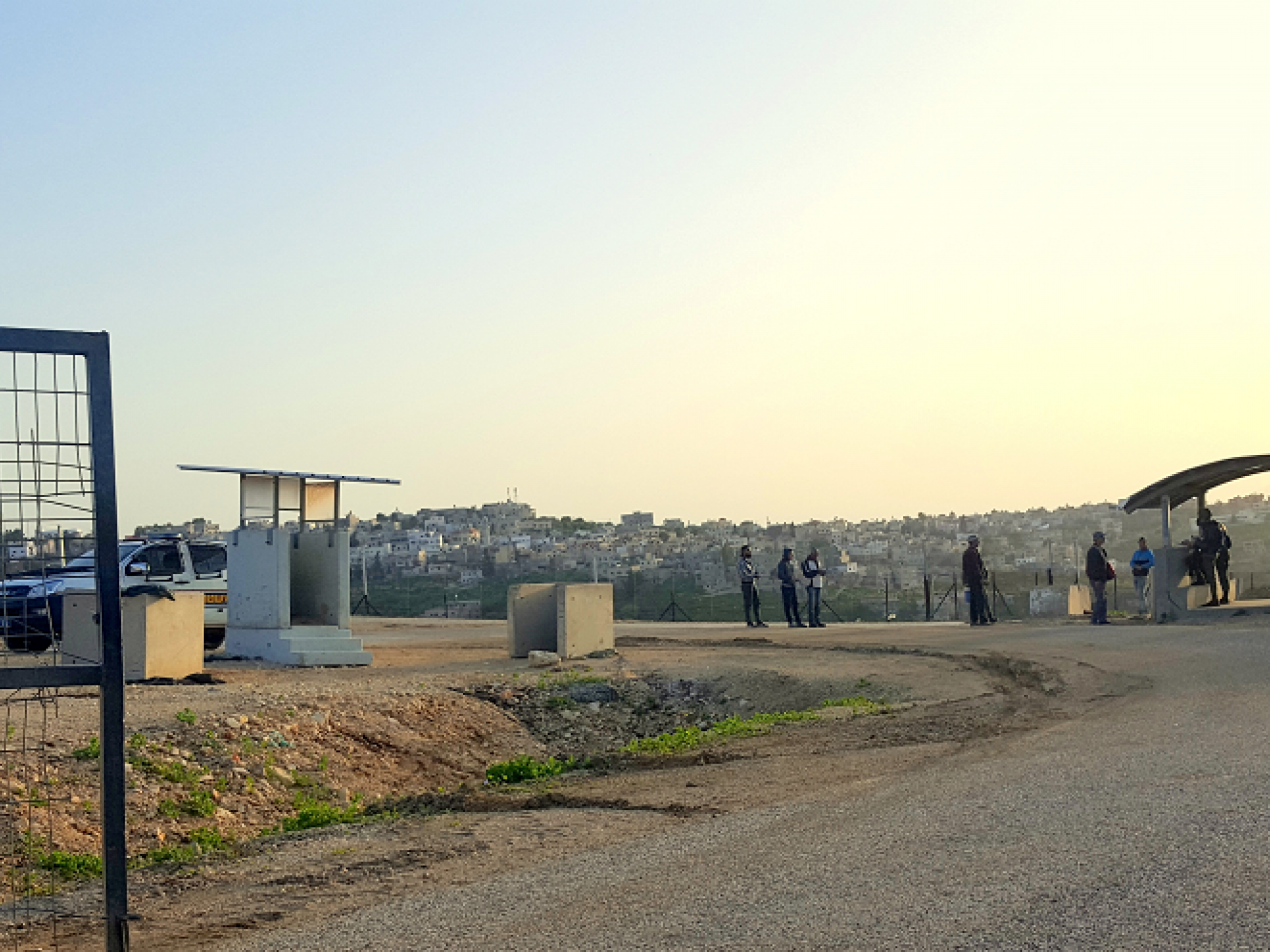 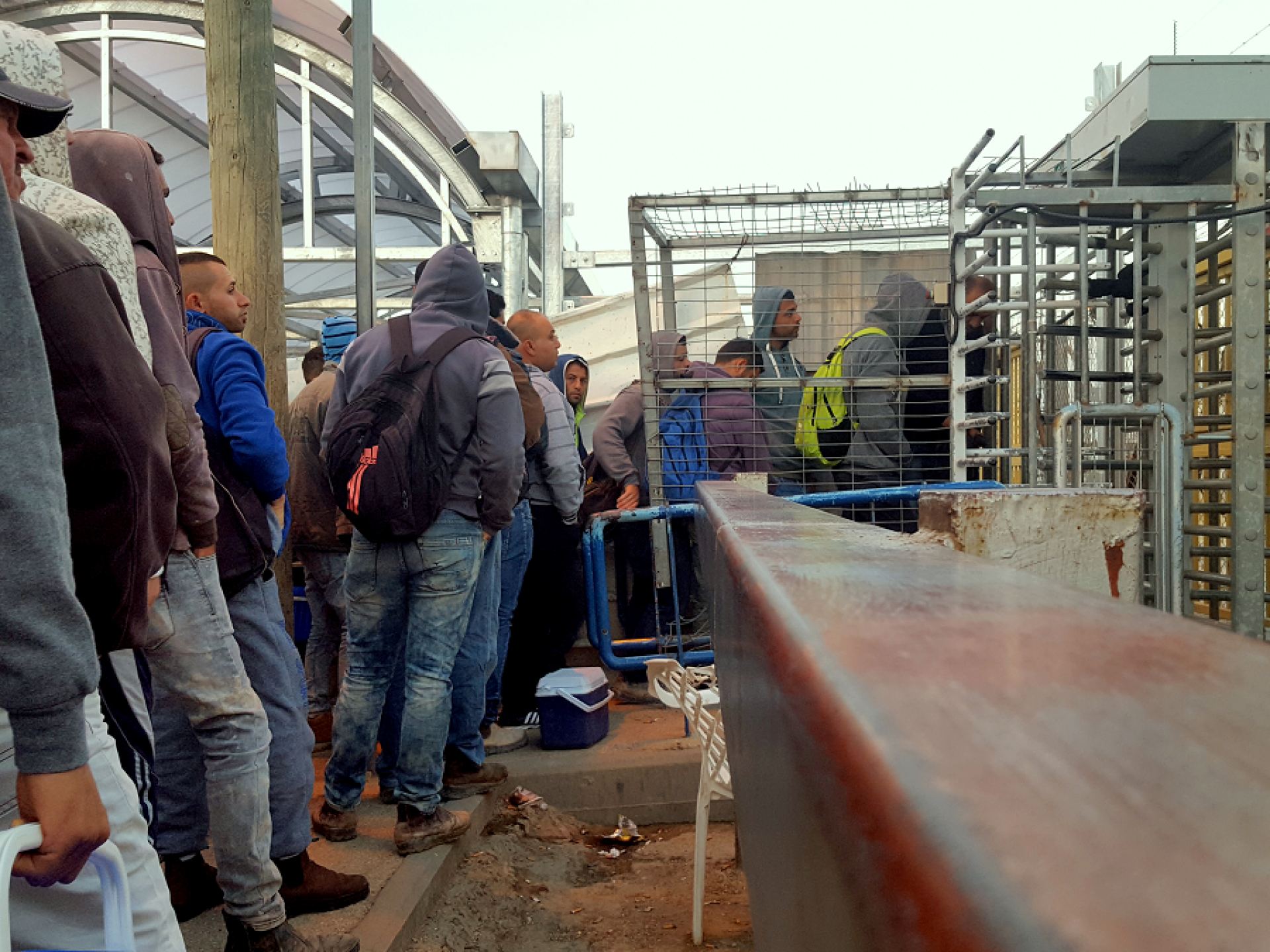 Dozens of Palestinians, mostly young, hurry to the terminal. There is no queue. But when the turnstile stops for some reason, a line quickly forms and then vanishes. Most are construction workers in Harish city. After they have passed the checking here at the checkpoint, they will be in the seamline zone – and from there the Mediterranean Sea or the sky is the limit

Indeed, the Border Police cover the building site in Harish and look for people staying without permits but if THEY don’t build Harish, who will?

06.30. Agricultural gate at A`anin. opens only twice a week, Monday and Wednesday.

Today, in charge of the checkpoint are three women soldiers and one male, all of Military Police.

A 23 year-old youth is delayed next to the checking station. Apparently his papers are out of date. So what are they waiting for?

Today the checking is done in front of us and we see a very orderly queue… this did not help a number of A`anin inhabitants who stood quietly in line but were sent home, it is not clear why. We should note that when the Military Police are on duty, they pick on Palestinians about their nice clothes and money in their pockets – and this is a sure sign that they are intending some other activity and not precisely farming.  We were told this (again today) by a young man from A`anin, who said that last week the “fashion police” criticized his taste in clothes. After they confiscated his permit and sent him home, he went to the D.C.O. at Salem and there they returned it to him or printed a new one. Today he did pass, actually in fine clothes …

At the end of the watch, the detained youth in the blue sweater was sent home.

Small schoolchildren, pedestrians and cars pass from side to side without delay.

08.00 The gate opened half an hour early, and when we came we stopped just to see the Military Police vehicle driving in the security route, returning to base.