Masafer Yatta - delays at the checkpoint 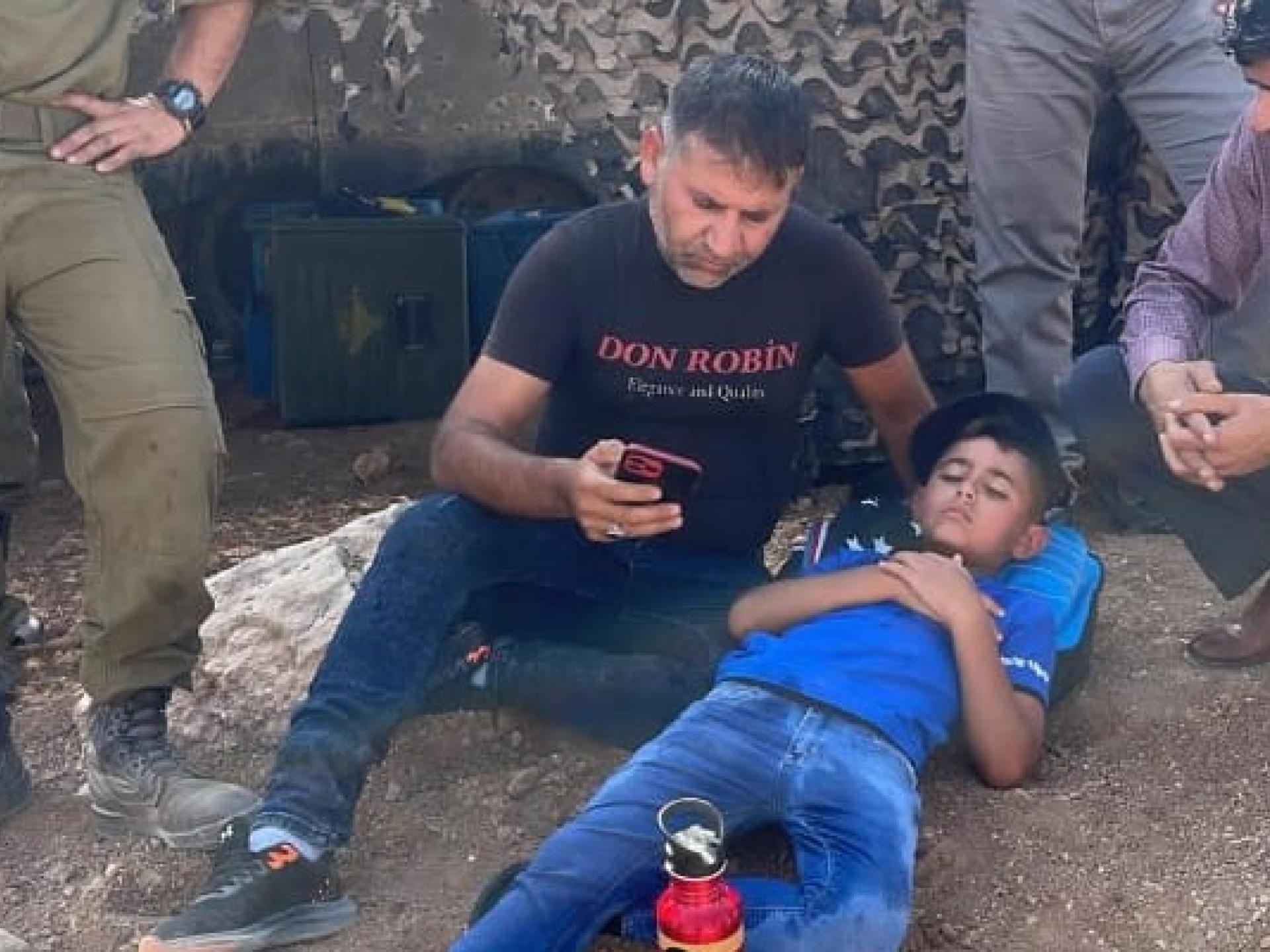 Masafer Yatta - a boy fainted at the CP 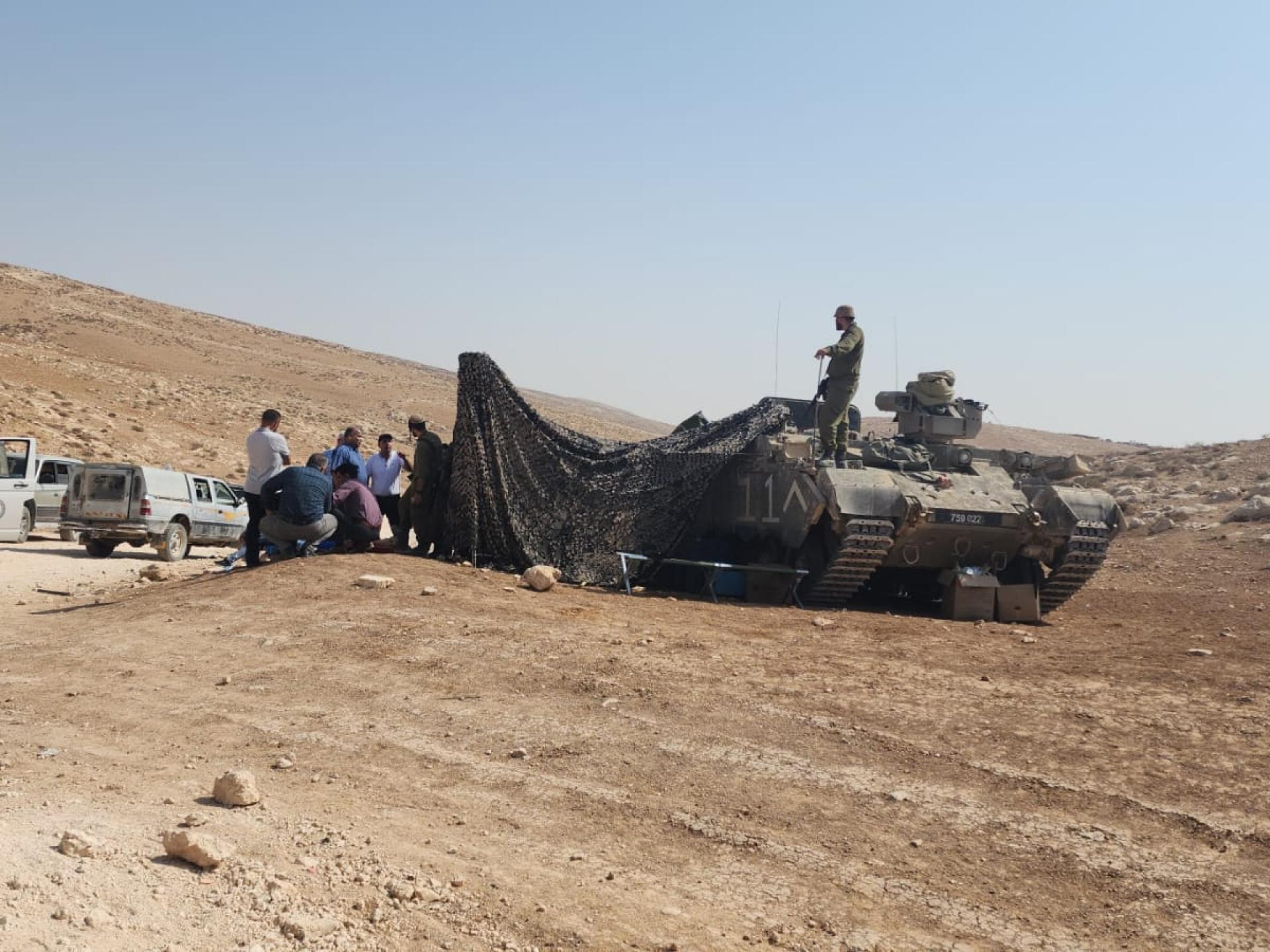 Masafer Yatta - the tank between Jimba, Rakiz and Khalet a-Daba'

Meitar checkpoint, Sundays, full as usual (back to "routine" after two weeks of strike).

We went to At-Tuwani met Basel and Nasser. They said that right now, at the checkpoint that is stationed on a dirt road between Jimba, Rakiz and Khalat a-Daba’, a boy passed out, (see picture) from a sunstroke, and they are waiting to be evacuated for medical treatment....

In the photo you can see the tank that is at the aforementioned checkpoint, and the soldiers delay every day Palestinians, children and adults, on their way to school or work. The delays last for hours!!!

And all this from mid-August, and the declaration of the area as a firing zone.

A lot of pressure is put on the Palestinians. Villages are entered in the middle of the night, confiscating illegal vehicles, instead of stopping them on the main roads. There is pressure from the settlers to carry out these confiscations, they also operate drones over the herds, to intimidate, etc.

Three days ago, settlers from Ma'on and Havat Ma'on prevented Palestinians from taking the herds to pasture.

The army actually announced that the land is Palestinian and any settler that went down to the area would be stopped. Indeed, the settlers now descend less into the Palestinian territory. Palestinians are allowed to sow there, but not to build.

The army put in new stones to mark the "borders".

This happened as a result of Palestinian pressure and Jewish organizations.

The harassments and delays and confiscations are daily acts that disturb and harm the minimal routine of life....

On the way back, in front of Tene Omarim, on a hill, we saw a new trailer, in the meantime only one... a new settlement/an outpost???