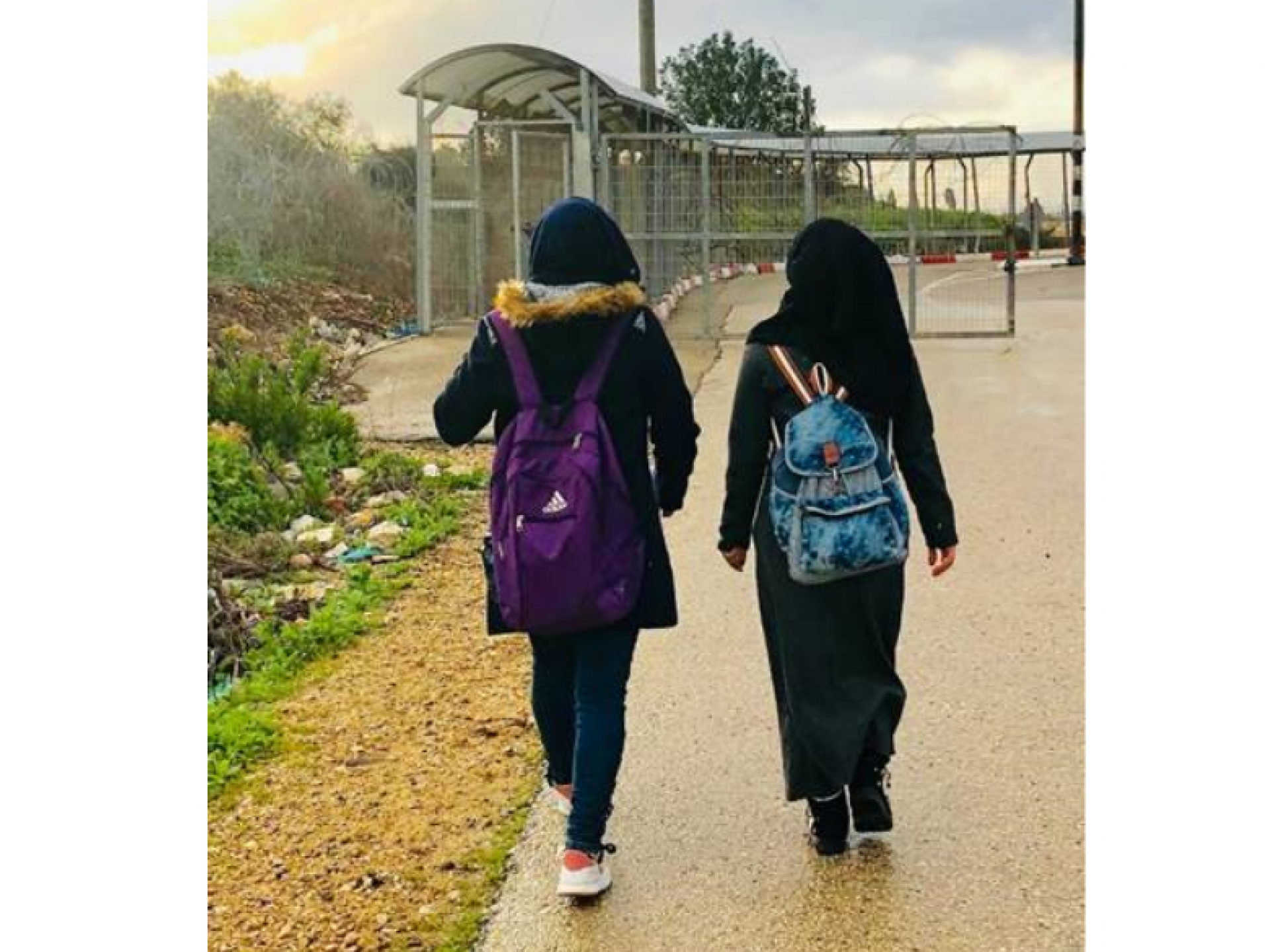 Girls on their way to school through Tura checkpoint

On the roadside, next to the upper parking lot in the seamline zone, cars wait for workers – lately, an unusual sight. On the pedestrian route coming out of the terminal (the sleeve

) there are several seamstresses, who usually pass here at 5 am. The lower parking lot (on the West Bank side) is almost empty, the workers don’t come. Inside the terminal, 5 windows are open but there is almost no movement.

At 06:05 the flow begins to get stronger. One worker tells us that this morning ‘they’ closed the Yabed-Dotan checkpoint, which is on the road between Jenin and the Barta’a checkpoint, and checked each vehicle. And so many workers were late for work today.

One worker is waiting outside the checkpoint for his friend, a Jenin man who works in Israel and has a permit, but is delayed every day, arriving late to work.

The soldiers are already present but they open the checkpoint precisely at 06:35. The workers approach the soldiers and the checking in threes, and passage is quick. One man is made to empty his pack for checking. In total of 32 workers passed, a child, and three tractors.

When we arrive we are struck by the spread of the Shaked settlement. We see a large storage facility and many new buildings. The checkpoint is already open, and passage had already started before our arrival, judging by the people we've met on the way.

Schoolgirls from the Turah school begin to arrive from the seamline zone at 07:10. Children from the Isolated House arrive by car via a dirt road. Some continue to the school in Um Reihan, and two to Tura.