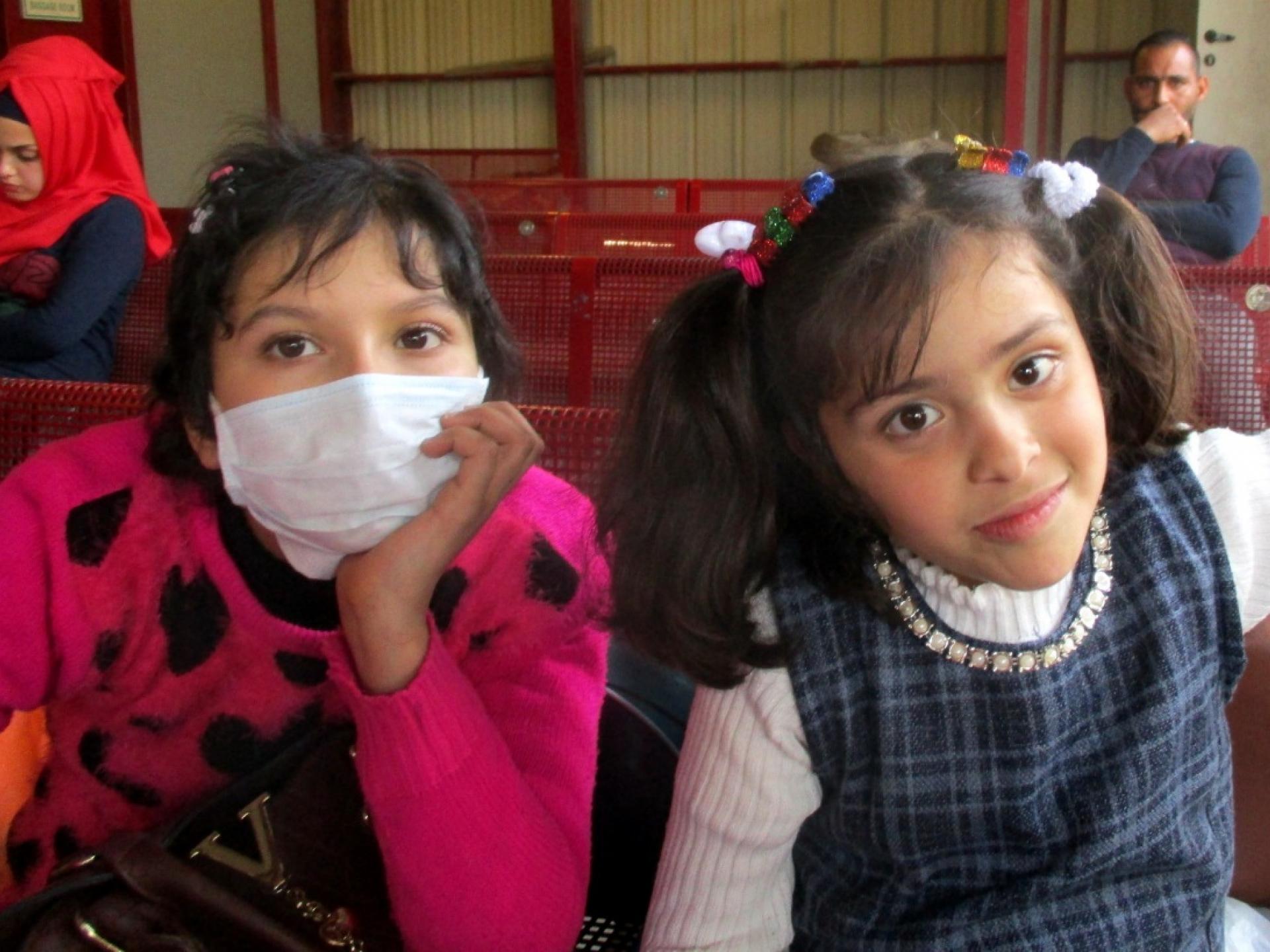 I came to the DCL with two girls, cancer patients, who’d been discharged a few hours earlier from a hospital in Nablus.  With them and their mothers.  All they wanted was to go home and rest.  But what should be so obvious and so simple is between difficult and impossible for Gaza residents, whatever their age.

The girls and their mothers went back and forth for two hours between hope and despair, and I accompanied them.

Two hours during which we heard that transportation departed today at 13:30, and not at 16:00, as usual, that there’s been an incident at Erez Crossing and no one’s there to answer the phone, that a taxi will await them (according to the representative of Salaamitkum) to take them from Qalandiya.  But the problem isn’t a taxi, the problem is permission to go through the Qalandiya checkpoint and a procedure instituted last year that specifies patients travel only in pre-arranged group transport.

After an hour and a half, the verdict:  Nothing can be done, come tomorrow morning.

You tell them yourself, I said to Omer.  I thought, perhaps hoped, that if he looks them in the eye he wouldn’t be able to say what I couldn’t.

But I was wrong.  Without hesitation, without looking away, he said:  Nothing can be done, come tomorrow morning.

The problem with “nothing can be done” and with “come tomorrow” is, where will the girls and their mothers sleep tonight?

The women kept trying, entered the offices, spoke to whomever they spoke to, and all they heard was “nothing can be done, come tomorrow.”

They will, of course they will.

After two hours of a heart-rending marathon, when despair overcame every glint of hope, each of the women gathered her daughter and picked up their belongings, and the four of them prepared to return to Nablus, hoping the hospital that treated the girls will find somewhere for them to pass the night.