A water container near the town of Tubas was demolished 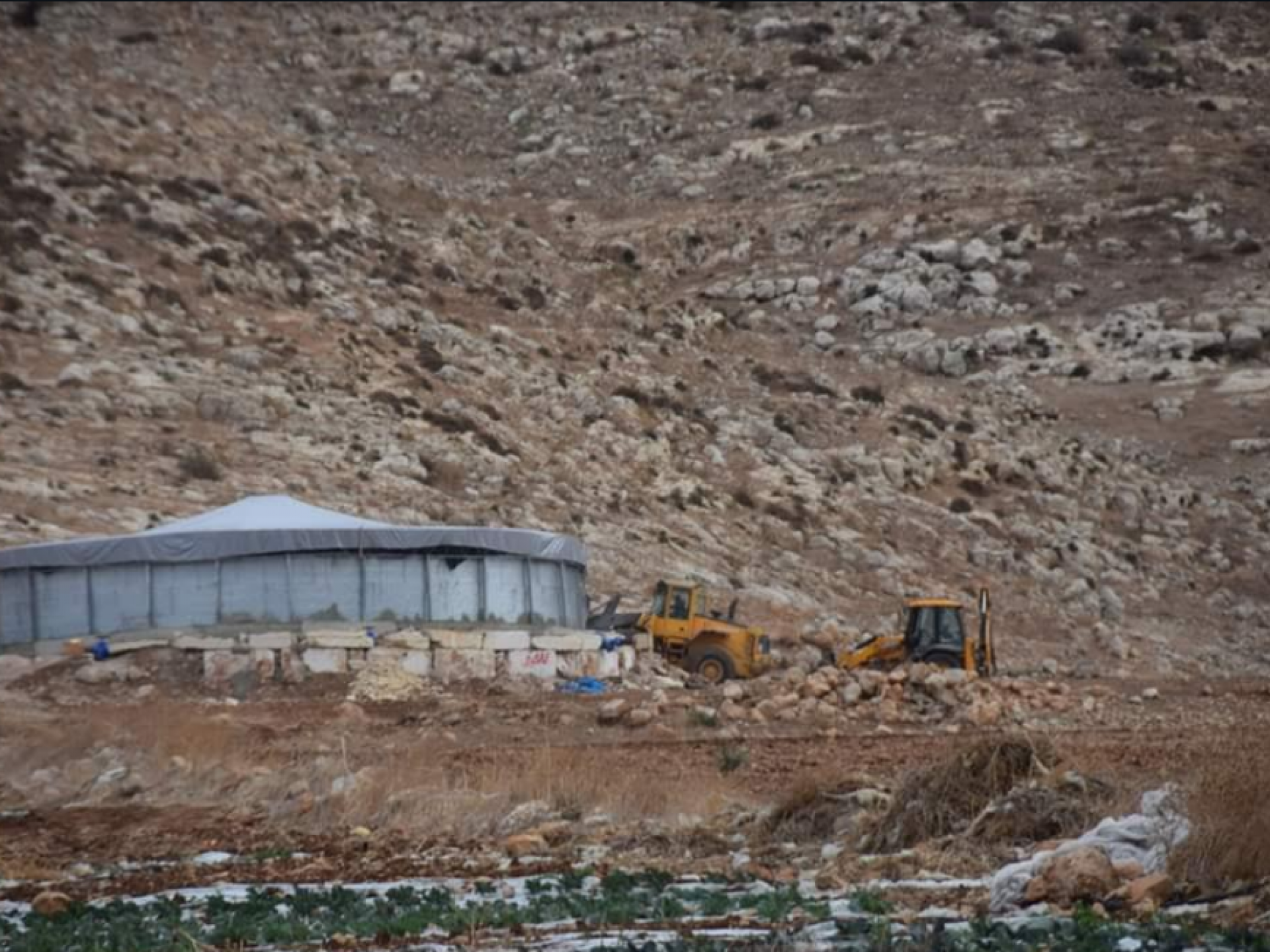 a water carrier near the town of Tubas was demolished 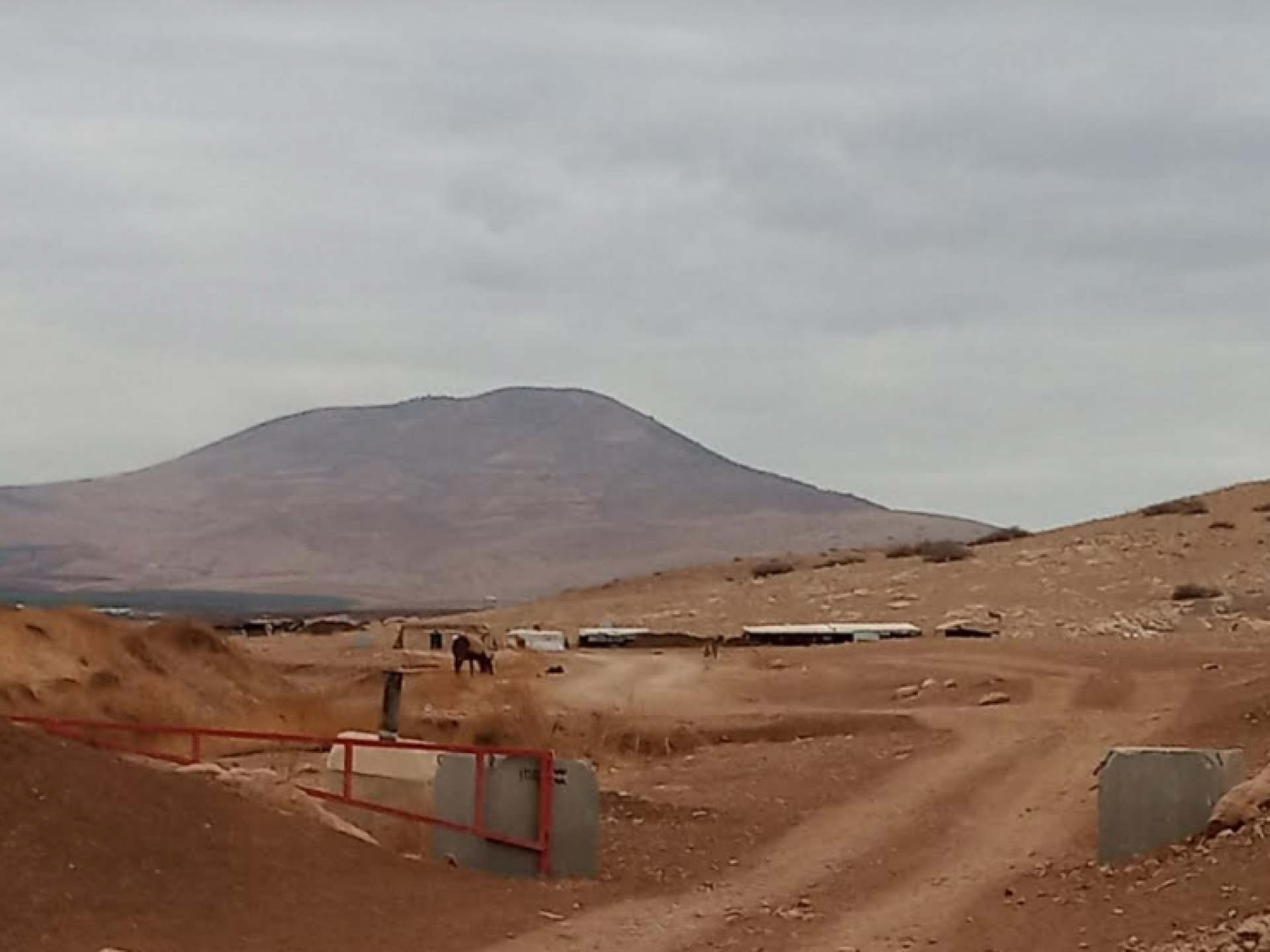 The Gucci Gate has been open for two months

Today a water carrier near the town of Tubas was demolished.  The structure was demolished under the pretext that it was built without a license.

Farmers who live in Tubas (located in Area A) who have land near the town (which is located in Area C) built a water carrier to transfer water from Area A to irrigate their fields.  20 days after the structure was completed bulldozers arrived from the civil administration and demolished it.

Area A includes only densely – built areas, and any pipeline leading to the agricultural fields that were designated as Area C requires a license from the civil authorities , which does not allow any connection to the pipelines if Palestinians request it.  On the other hand, illegal settlers are constantly building illegal facilities, but never destroyed.  They are apparently funded by some government source.

These fields, which are located in arid areas, are worthless if they are not irrigated.  This is, of course also true in years when there is little rainfall.

A Colonel Deals with Traffic Violations

At 10:20 at the Zatra Junction we saw two large trucks parked on the side of the road and an Israeli car parked next to them.  When we approached we saw a colonel, a soldier, and two Palestinian drivers.   The officer explained to us that he had stopped the drivers because they were driving in an illegal manner that endangered passers-by.  He called the police.  The armed soldier  who was evidently the colonel’s driver pushed the drivers and told them to wait in their vehicles.  They tried to explain something in Arabic but no one (including me I’m ashamed to say) understood them or took notice.  I don’t know how long they had been waiting there before we arrived.  .Soon two policemen came and the colonel left, leaving the soldier as a witness.  We left as well.

Guchia Gate has been open for two months.  This gate separated between the Palestinian Jordan Valley and the rest of the West Bank.  Two other checkpoints were also established for this purpose – one near Hamra and one near Tayasir.  These gates

once prevented Palestinians from crossing from the West Bank into the Jordan Valley except for workers who worked in the settlements.  This appears to be the signs of a policy that expects annexation of the {Palestinian} Jordan Valley into Israel and as little contact and dependence of the valley to the rest of the West Bank.

Meanwhile most of these checkpoint have been eliminated and these were the last that have stopped being used, but they are occasionally operated.  This afternoon Hamra Checkpoint was operating at 15:00 in the direction of the Jordan Valley. Guchia Gate is the last remnant of this policy and has been closed for the past 4-5 years.  Before that it was open for an hour in the morning and an hour in the afternoon three days a week (how creative) and only people with a special license could cross.    This was another means of embittering the lives of the residents.  Now the gate is open, the sky hasn’t fallen, terrorist attacks have not occurred, and other catastrophes that the soldiers claim are being prevented by their work have not occurred.

We brought a wheelchair for a disabled woman in Hadidia that Rachel had obtained.  There was no activity of the soldiers in any of the other checkpoints.