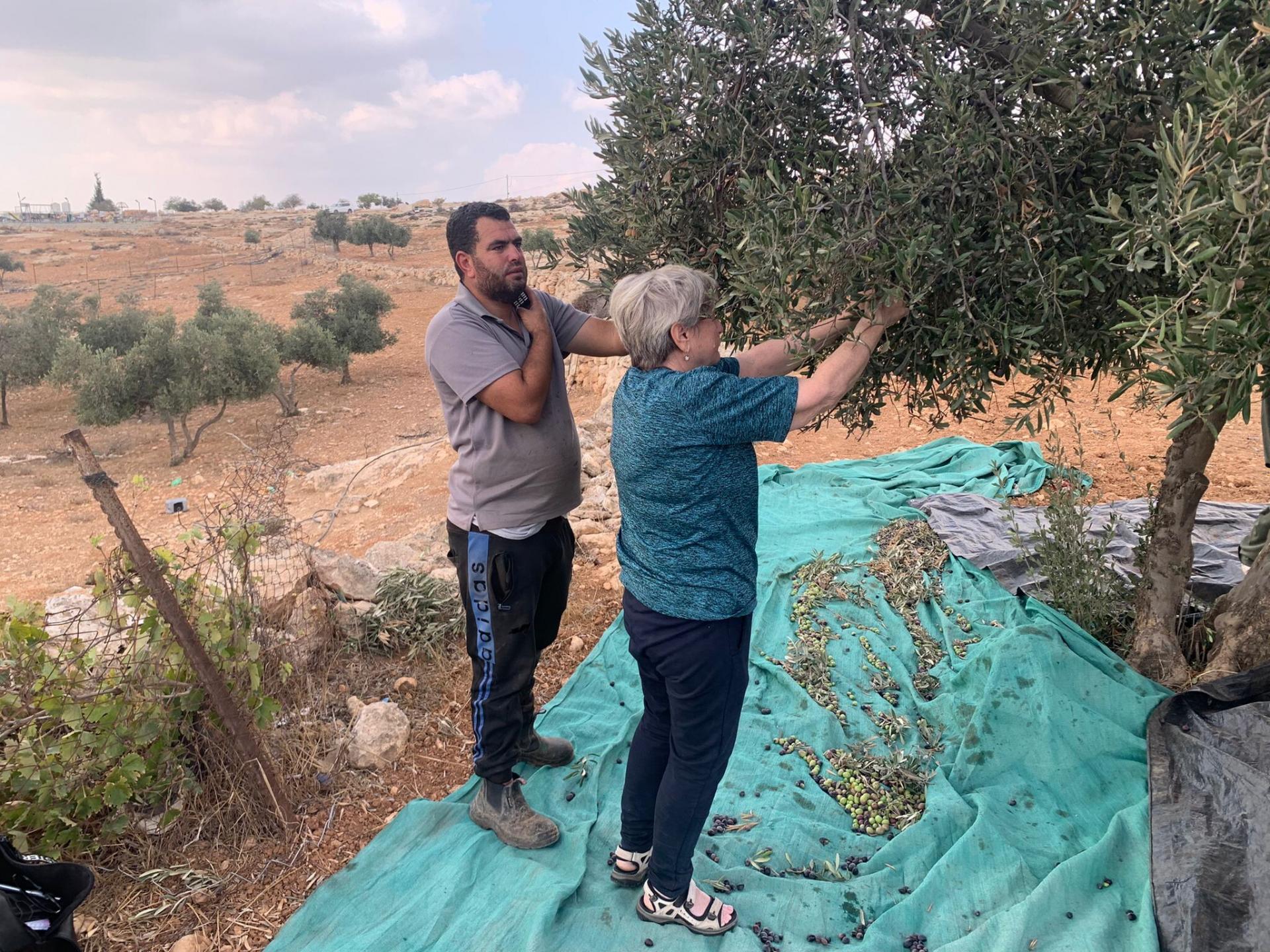 The children were on vacation from school and at home. The 15-year-old grandson from

Samu’ also arrived and helped with the herd.

In all the previous visits we had heard about the invasion of the herd of Israel Kaplan, the settler who owns the nearby farm, into Abu Safi's territory. This time we actually saw it happen.

Kaplan's shepherd arrived early in the morning with the herd to the hill, which belongs to the Abu Safi family (Abu Safi's parents), and grazed there for hours.

We managed to see the herd and the shepherd and took pictures. He saw us coming with the jeep and stayed up the hill..

We stayed there for about an hour, we had an early lunch with the family, we talked about the difficulty of living like this every day.

As we started to drive back the shepherd who had been watching began to walk down with the flock towards the Abu Safi family's residential area, which meant that our visit had deterred him. (Abu Safi confirmed this to us).

This is the ugly occupation: I am here and you will be deported.

I must point out that it really upset us and affected me. For hours I didn't stop thinking and feeling how unjust and cruel it was

From there we went to Susia, to Nasser Nauwega and his family who were working in  the olive grove near their house (to the left of the playground).

The children who, as mentioned, were on vacation, played and it was clear that this playground is so important. Even this little bit the settlers of Sosia like to try to destroy from time to time.

Nasser receives a report from the association (opposite Hebron, on highway 60) about a family that was gathering olives, settlers attacked them, and three brothers were badly beaten and taken to the hospital in Hebron. The case was later published by 'Yesh Din' and took up a lot of space on social networks. I managed to help with the harvest  (unfortunately)  for a shorter time than I would have helped.

Another visit under the shadow of the occupation. 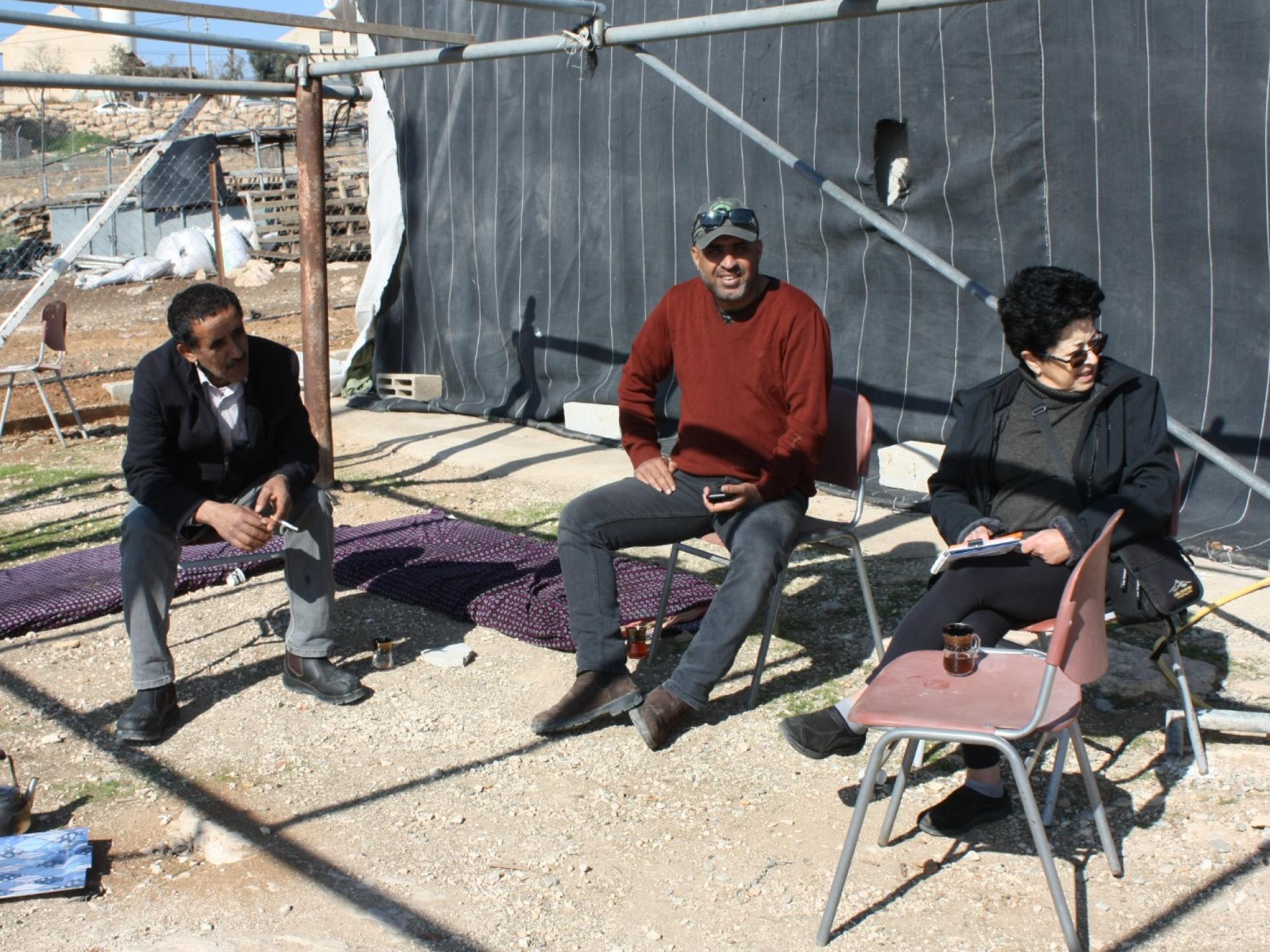