Because of the Yom Kippur holidays and the ugly and racist experience of the previous two weeks, we decided this time to skip Hebron and go straight to Hursa to see the family whose house was seized by the "straw widow" procedure for building the pillbox in the grove.

We reached Hursa through Negohot. Beit Awa Junction is blocked, both in the direction ofEl Burj and to Beit Awa. According to residents of Hursa, the junction has been closed for two weeks and a bride ended up having to make her way on foot to her wedding.

When I asked if the army had left the place clean, I was told that the place was left full of debris, including the garden around the house where cans of food and other things had been thrown.

We visited Hursa a few times. We hardly saw any  cars with Israeli license plates passing through the junction, and this  includes army or police verhicles. Now that the pillbox has been established, there is a massive presence of army and police in the area, and the residents claim that every few hours they erect a checkpoint and stop cars and then remove the checkpoint. To  create a new source of friction?

The Diwan has resumed functioning but its expansion has been stopped. The pictures show the house without the camouflage nets and the divan and above it the pillbox.

On our way back to the Meitar checkpoint we went to see the construction of the separation fence near Eshkolot. A bulldozer worked beside the wall, and the dense barbed wire glistened in the sun. As soon as we stopped to look and photograph, a civilian guard vehicle arrived and its passengers came out and one of them announced that we had to leave immediately. Also that so that we could not photograph him because it was an invasion of his privacy. He demanded to see if I had erased the pictures. He also demanded our details  but we informed him that he had no authority to demand any such details from us. Finally we parted with a handshake but I still had a bad feeling.

In the following pictures the wall and fence. 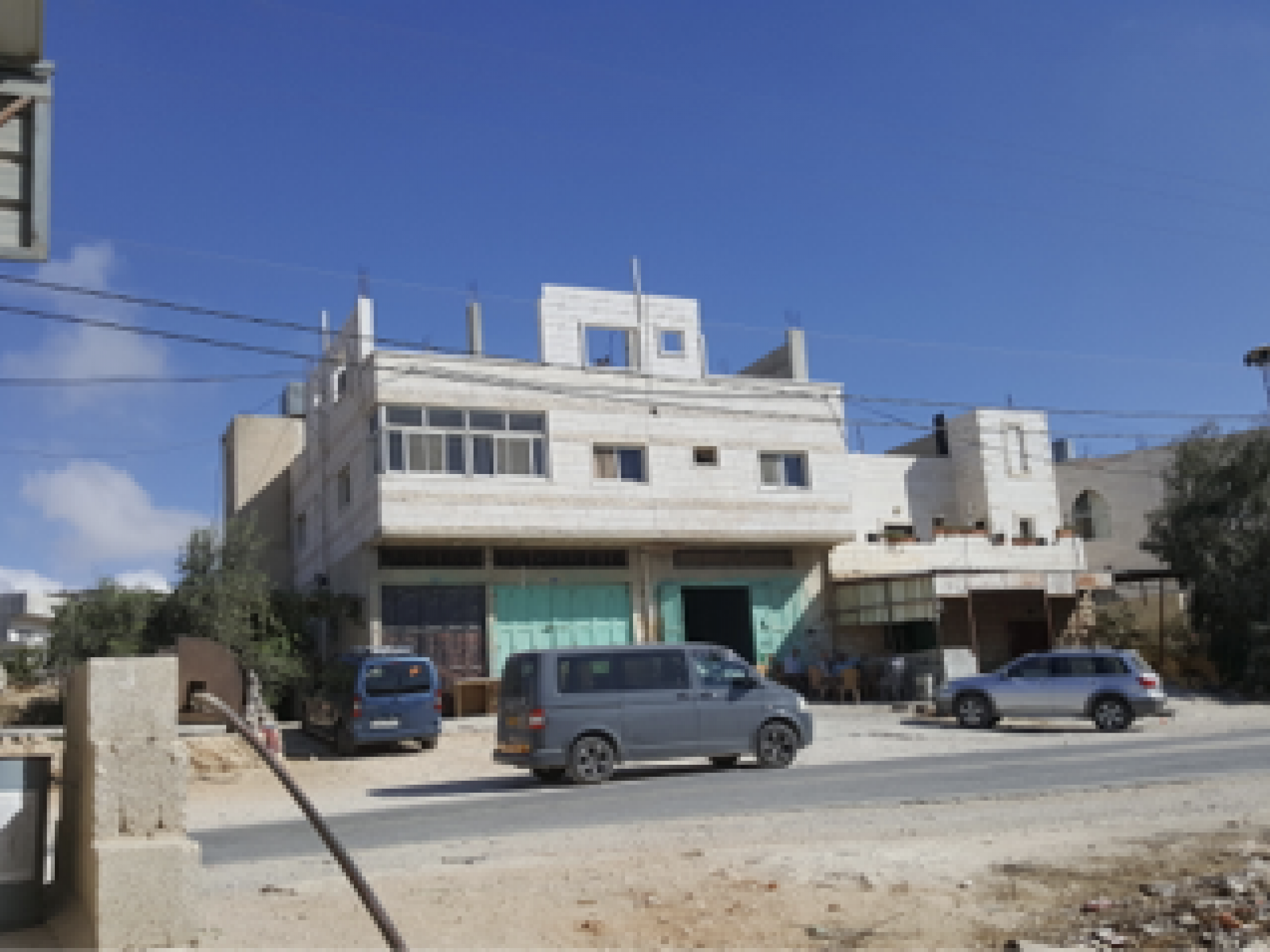 The house without the camouflage nets
Photographer:
Ariela Slonim 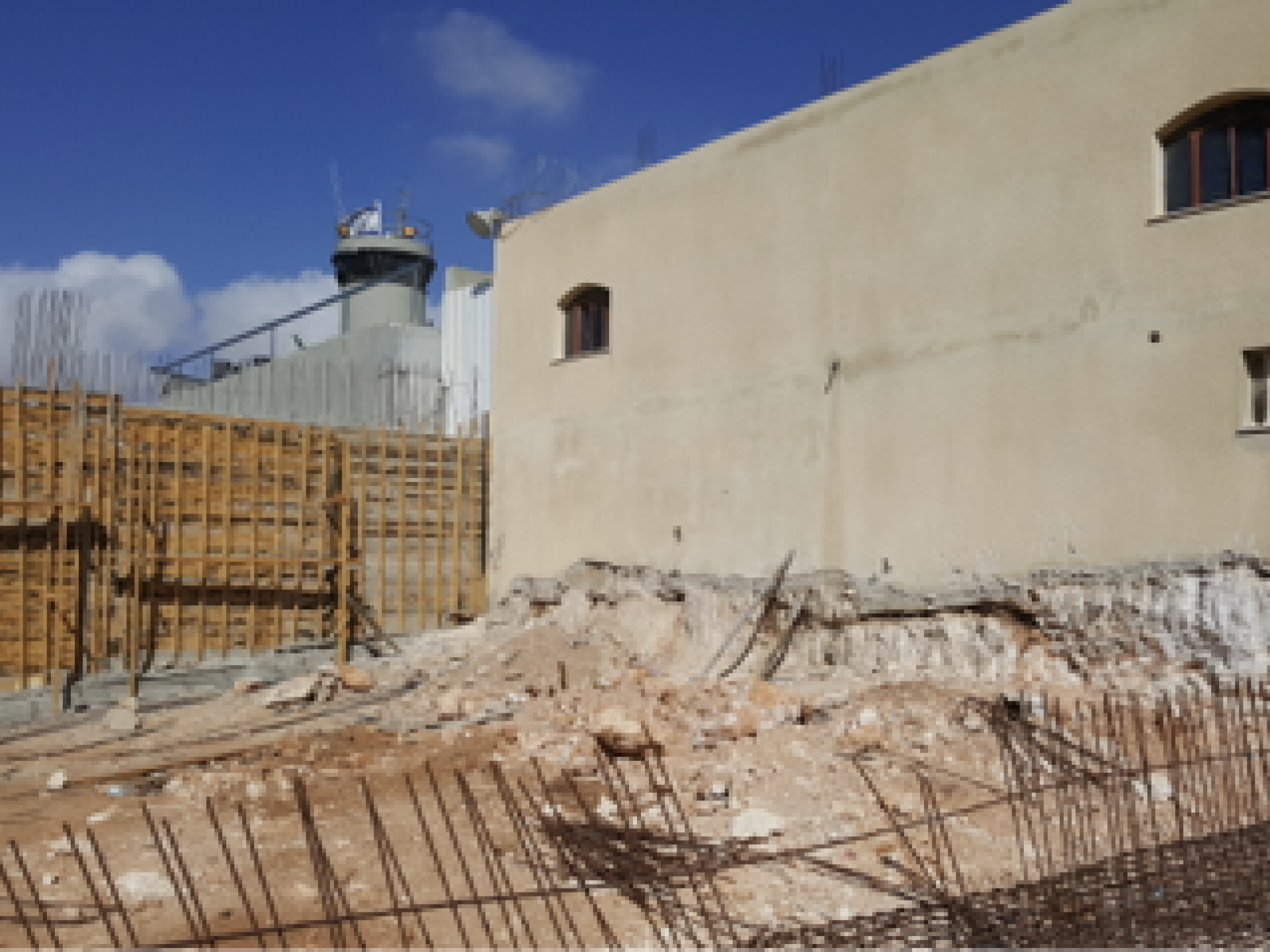 The divan and above it the pillbox
Photographer:
Ariela Slonim 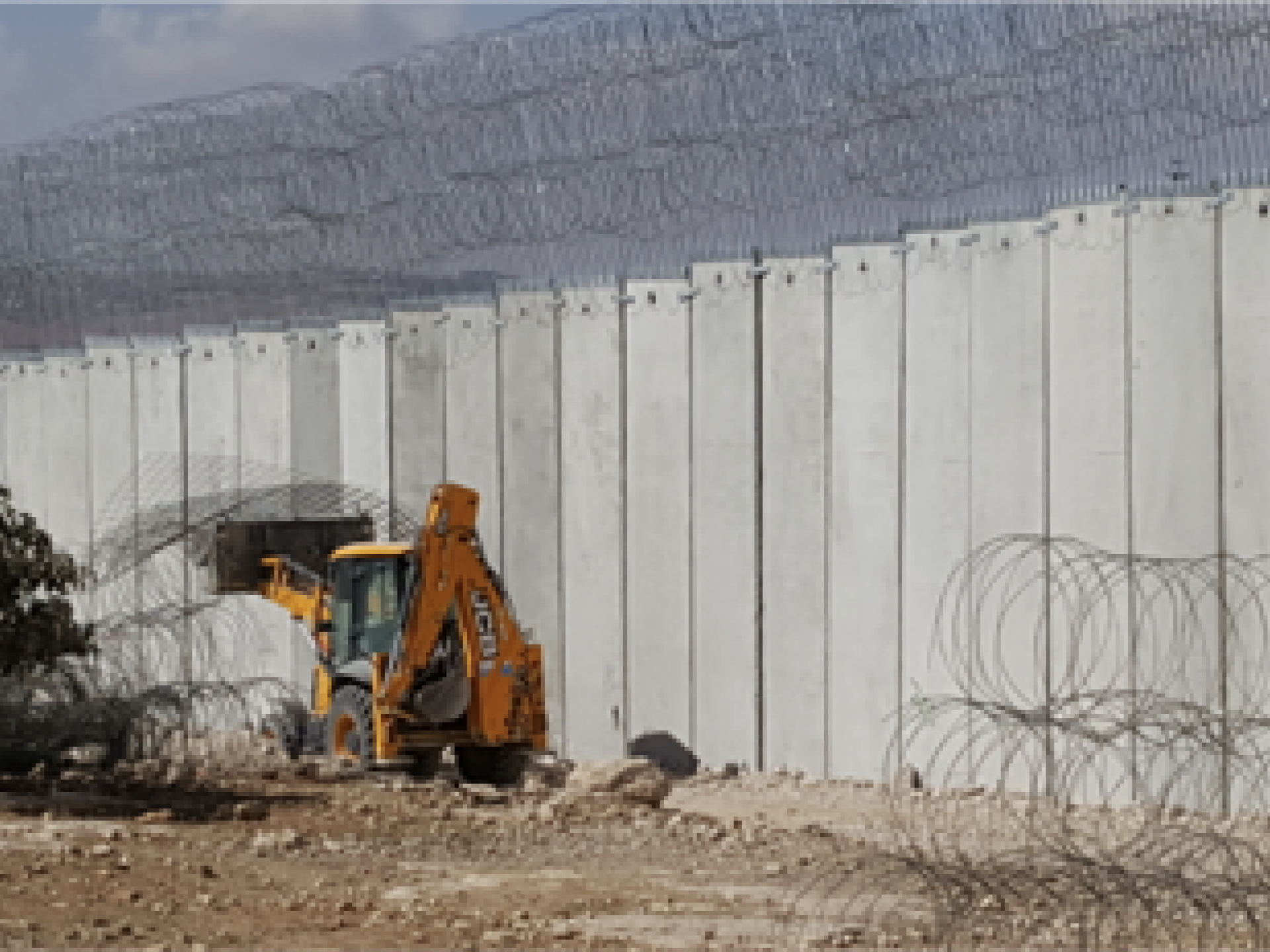