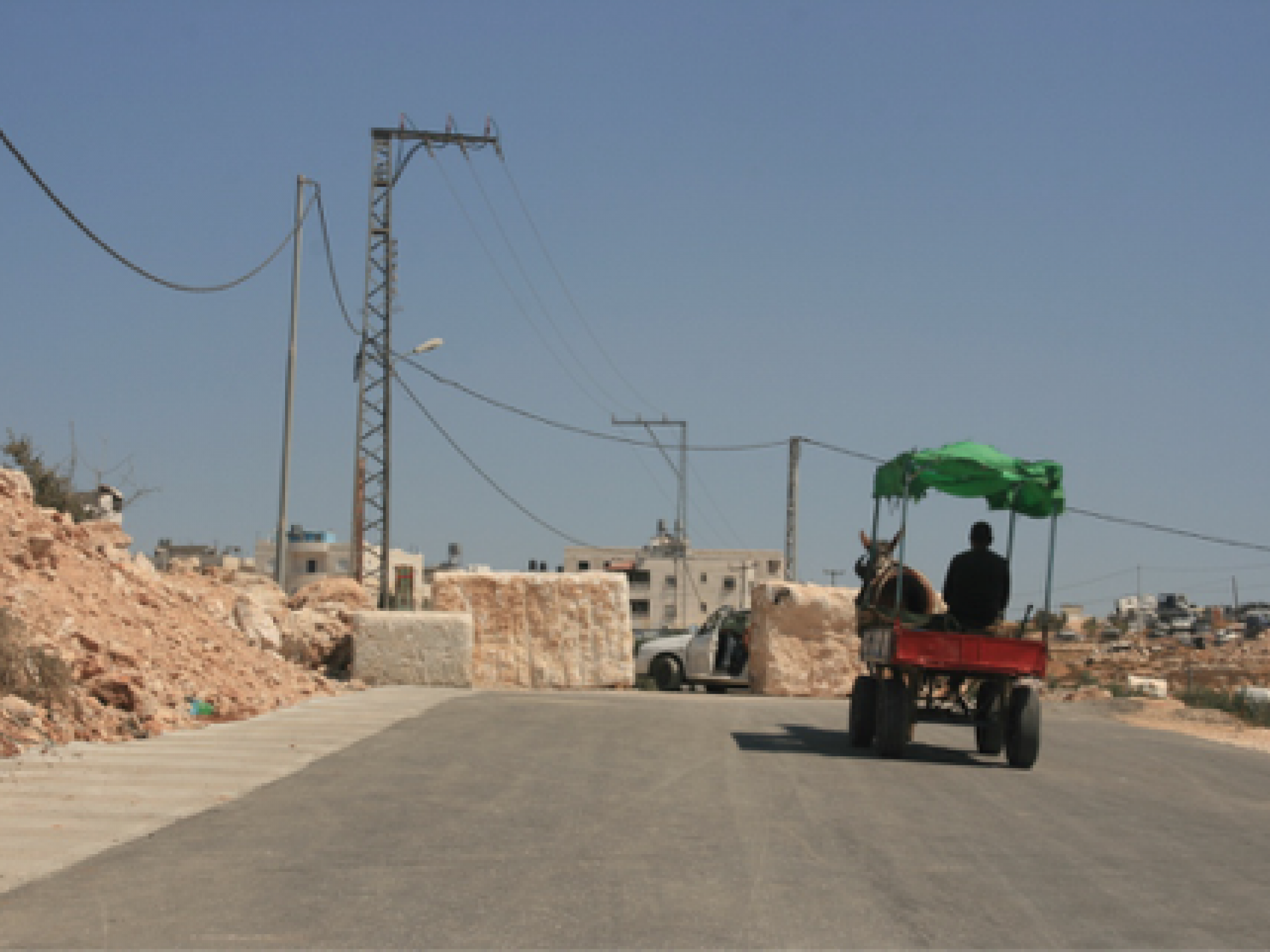 At the Meitar checkpoint, everything looks normal. According to Muhammad, merchants and people over the age of 55 who were allowed to enter Israel, are now denied entry, so probably not everything is as usual.

There is intensive construction work next to Eshtamoa', probably illegal, like the outpost itself.

We drove to Farhan in Simia. He received an order from the Civil Administration to stop the building of a house which  he has been building for about eight years. He has the documents of ownership of the property from the property tax office.

On the recommendation of Adv. Itai Mack, I turned to Adv. Tamir Blank, but due to a trip abroad, he could not address the issue and referred me to Kamal  Mishraki from "Hakal".  Unfortunately I had no success contacting them.

I called Nasser from Susiya and he told me that he had contacted the St. Yves Association to take care of the matter.

Do we have more options to help?

During the time we were at Farhan's we heard shooting  from all sides, happy shots about the results of the matriculation exams that had arrived. This is an expression of the importance that Palestinian society attaches to education.

Farhan also told us about a positive case. The army helped to transfer a woman in the seventh month to Soroka and the she and her baby

are hospitalized in Soroka. Hopefully we will hear more about such positive events.

From Simia we continued on Route 60. The Dura al-Fawwar junction was open, as were the Beit Hagai junction and the sheep junction.

At Kiliklis Junction a square had been built. I have always thought that the role of a square is to allow easy integration of traffic to the main road but not in this case. Here the integration is possible only for pedestrians and donkeys because the roads for vehicles to the square are blocked.

It is very difficult to compete with the logic of the occupation.