A morning that began as a nightmare, ending in quiet.

05.15. Already approaching the checkpoint on foot from the Israel side, we were surprised at how few people were coming out.  But when we entered, we could see why: Inside there was total chaos and immediately people came up to us to complain. 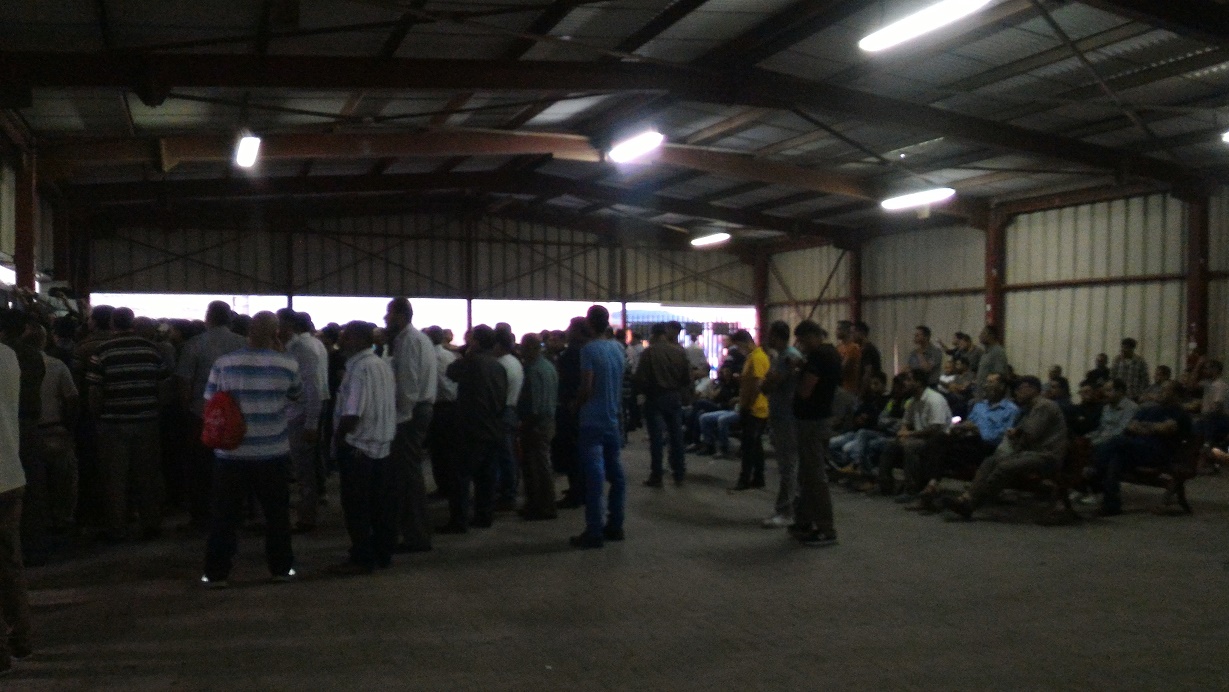 It turned out that, in spite of the late hour, only one of the five checking stations had opened. We immediately phoned, and were promised that the others would open. Time passed but the red X  (“closed”) sign still showed over the other four stations. Many people were sitting on benches, resting against walls, or impatiently wandering about. At the entrance to the sleeves themselves there was total pandemonium, with people pushing and climbing on one another, so as to reach the turnstiles as soon as they should open.  Of course, this happened rarely as there was only one checking station functioning inside. 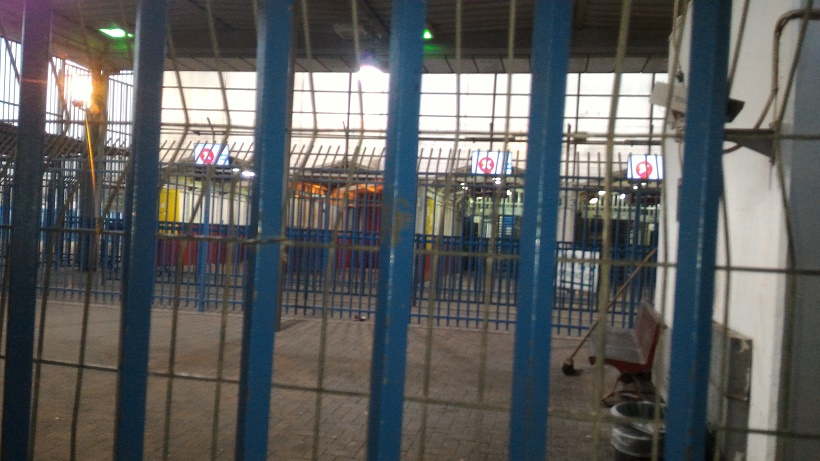 At the humanitarian gate there was already quite a crowd as people realized they didn’t have a chance of squeezing into the regular queue.

There was enormous shouting, and the single soldier managing the turnstile seemed to be in despair and trying to find out what was happening. On our second phone call we were assured that they were dealing with the problem, but still no progress. Then suddenly we heard two loud shots which seemed to come from the car checkpoint. Many people went out to the parking lot (empty because of Ramadan closure

) close to the car checkpoint to see, but no one could learn what had happened. Traffic seemed to be moving at its usual pace.  So the people returned, but to the same chaos.

Only at 5.35, the remaining 4 stations opened. At 5.45 a policeman arrived and now many more people entered at each opening of the turnstile, though the pressure was still great.  Gradually, though, queues formed.  Women arriving tried to fit in, but soon gave up, because of the crush among the men. 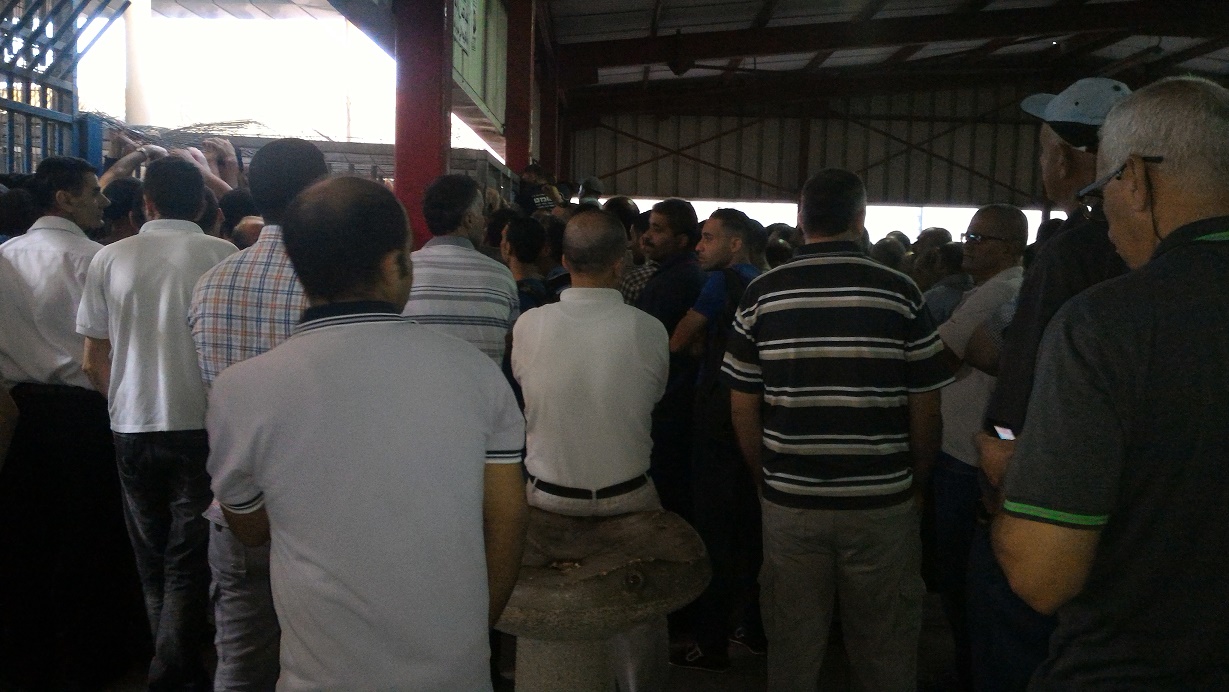 Shortly after 6, the policewoman arrived, followed by the DCO officer.  Together they opened the humanitarian gate and allowed in the ‘permitted’ ones. Guards also arrived.  Now all flowed quickly. By 6.15, lines were formed – long at first, but quickly becoming shorter. By 6.30 there was hardly any queue extending beyond the sleeves.  Anyone arriving now could get the impression that this was a calm morning at Qalandiya. 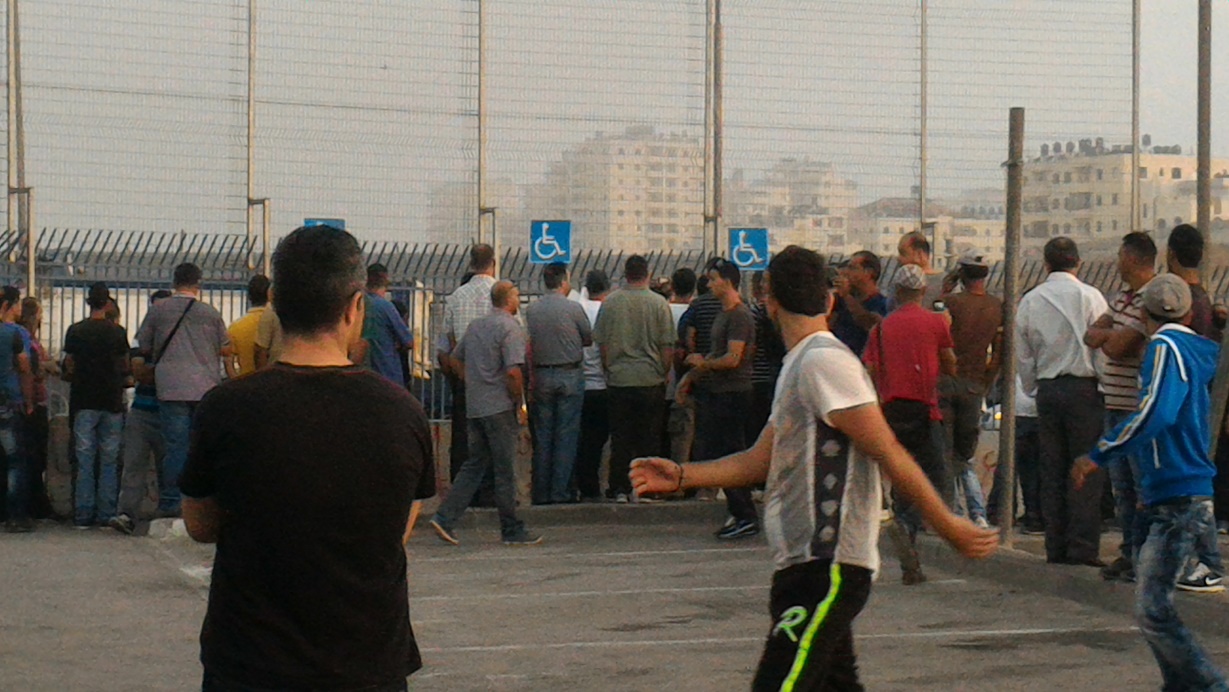 It is particularly irritating because it shows so clearly that, if the soldiers took the trouble to arrive on time, they could save these workers so much time and aggravation, so that they could reach work on time and relatively relaxed, not as if they had already been through a battle, particularly while fasting. 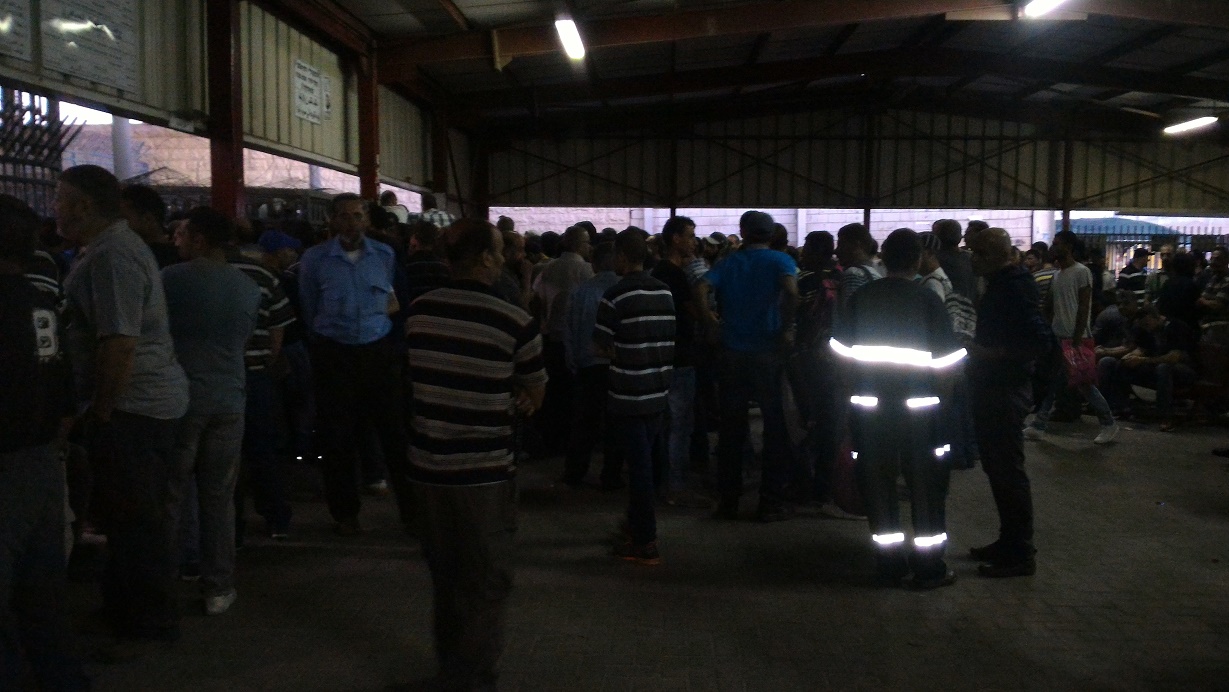 We noticed that the temporary shopping stalls in the hut and at the kiosk had disappeared. We do not know if the owners had been ordered to close them.

At 6.37 we joined a queue and within 10 minutes were outside.