We decided to visit the gates

at noon, assuming that it's hard to work during the fast so people would finish their work day early. Things were moving slowly due to the heat and the Ramadan fasting. There were few workers crossing in both directions. Those coming out greeted us. In a few days the fasting will be over and things will improve. People don't complain any more about the opening hours. Anyway, the complaints were of no use.

The soldiers treated the farmers correctly. However, at Hable they closed the gate a few minutes early. Those who arrived the last few minutes found that the gate was closed and could do nothing but turn back. That's what we call: the routine of the occupation.

12:50 – All in all, about 30 people were coming back from the fields with vehicles and tractors loaded with zaatar. Others were leaving for the fields. Everybody greeted us and answered our questions. It's hot and it's hard to work while fasting. But in another few days, God willing, it will be easier. From far, we saw some people working  in the fields. We were told that they had arrived at noon and would stay until 17:00.

The gate is open from 13:15 -14:15, but we arrived at 13:40 so we missed the busiest traffic.  We did see vehicles crossing in both directions, however, mostly tractors and other vehicles and a small number of pedestrians. An unusual incident:  A man left his three donkeys and a wagon loaded with products while going to show his ID card. Meanwhile, the female donkey pulled out some bags, opened one of them and started to eat pita bread.  Nina ran to pull the bag from her mouth, but the bag tore and the donkey kept on eating quietly. In the end, the vegetables were gone and food from some containers had spilled. Not very smart, or actually from the donkey's point a few, a smart ass (look below picture).

14:00 – A number of families including adults and children arrived. The young family members wouldn't let us take pictures.

14:12 – Three minutes before closing hour a man got out of a car to enter Hable. The soldiers were already closing the gate. He understood and returned to the car at once. A minute later, 2 minutes before closing hour, a man arrived on a bike from the direction of Hable, but the gate was already locked. He waited a moment, looked around, gave up and turned back.  The routine of the occupation. 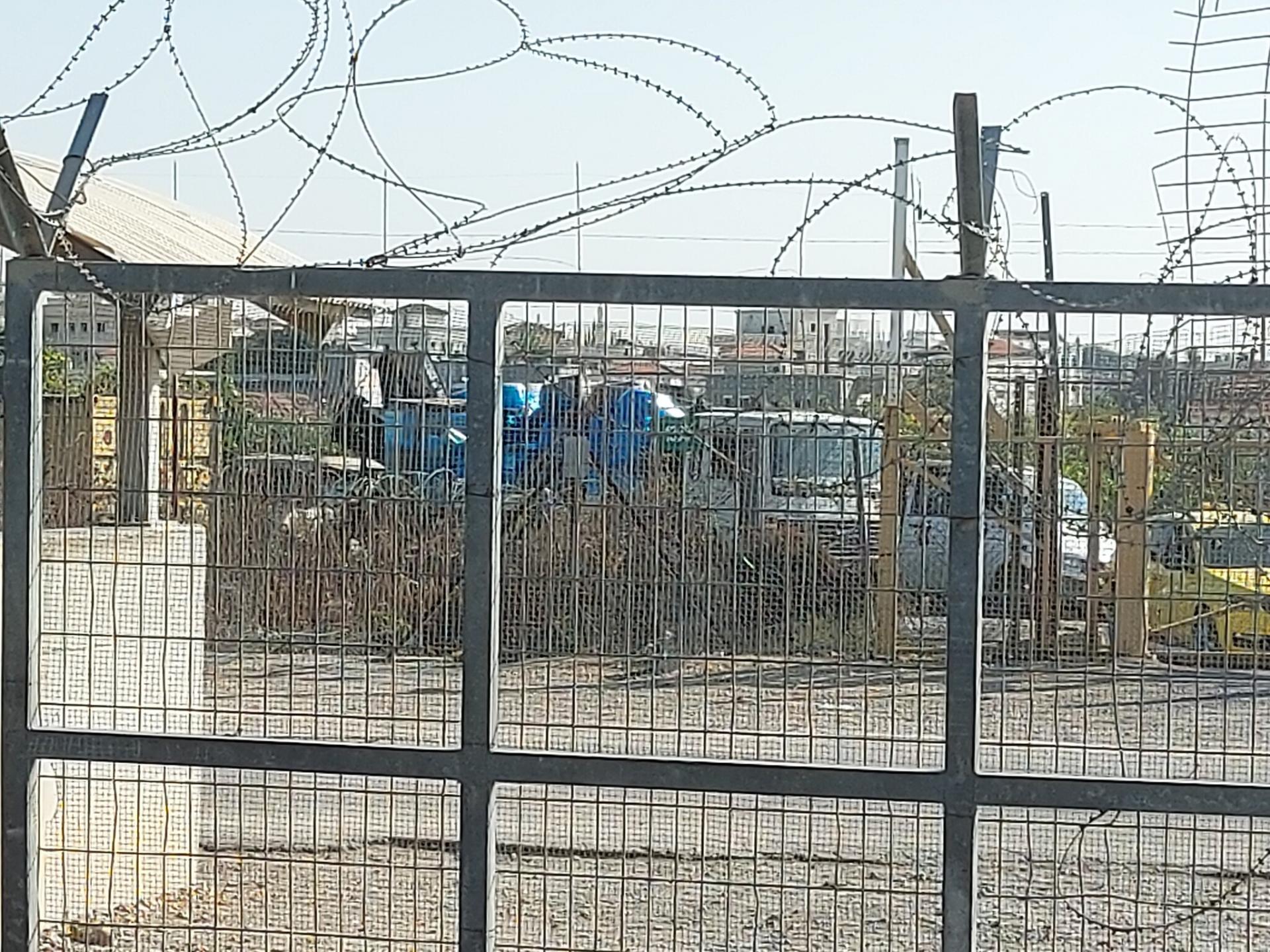 The checkpoint gate is closed