Qalandiya - aaaaHe wants to do the right thing with the law

He wants to do the right thing with the law

He has come here to meet the Shabaq official, the fellow everyone calls ‘captain’ but no one knows his real name.

He came because a policeman told him that the captain at Qalandiya could solve his problem.

But what does the law want? Does the captain have the solution?

His problem is that for six years he has been blacklisted, and this will expire in 2099. Another 80 years…

Blacklisted is a person whose life is on hold and will do anything within his power to be freed of this status.

He is blacklisted because back then, in 2013, he was caught jumping over the fence.

Jumping over the fence is good for one’s livelihood. Getting caught doing it is bad, very bad.

On the designated day he did not meet the captain, although he came on time and waited patiently. Palestinians always wait patiently. Before his time came to enter the DCO gates

, as the clock showed 4 p.m., people waiting were informed that the offices are closed and whoever is left outside should come tomorrow.

He will. And perhaps again the next day, and the next.

He wants to do the right thing with the law… 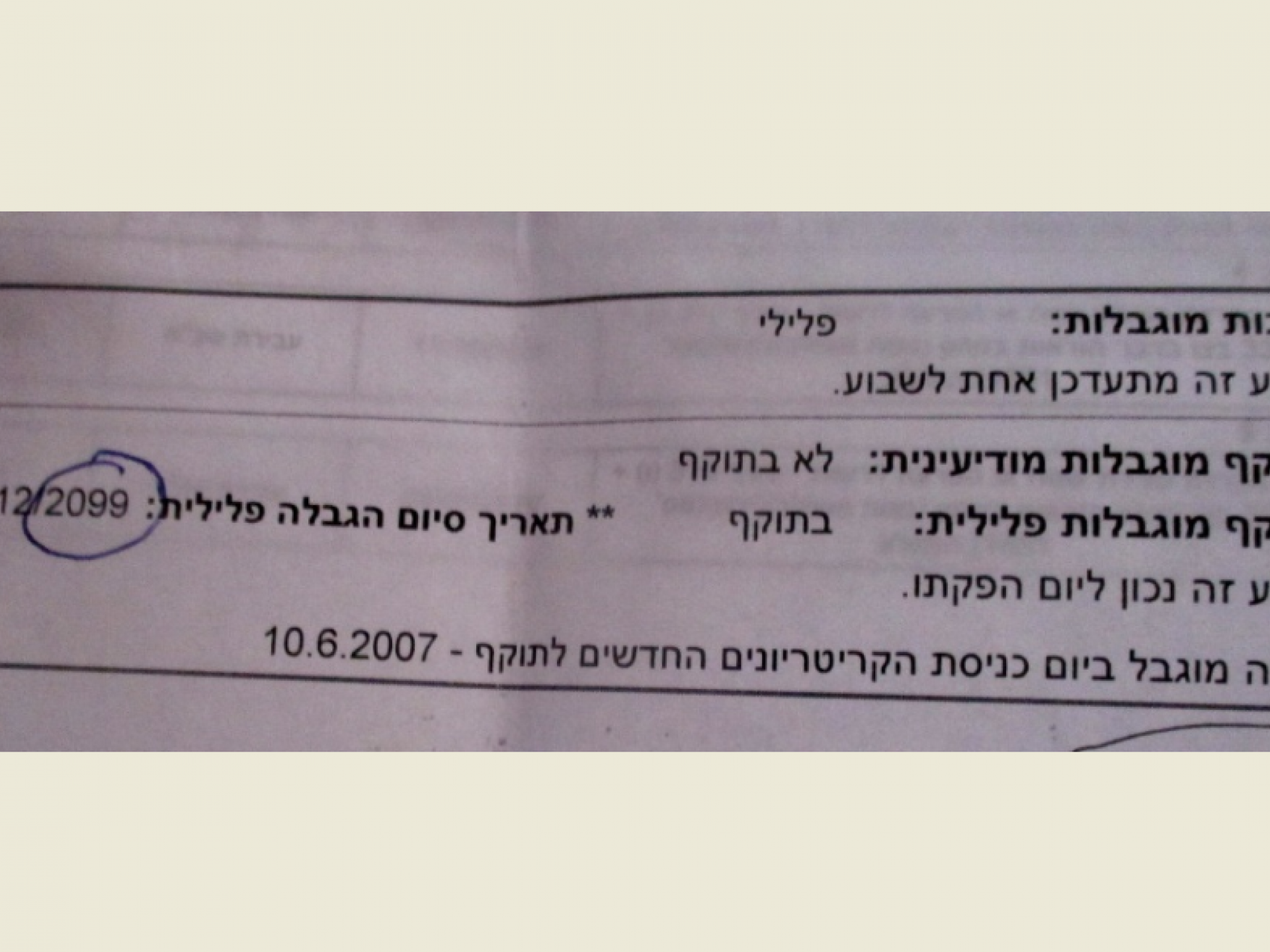