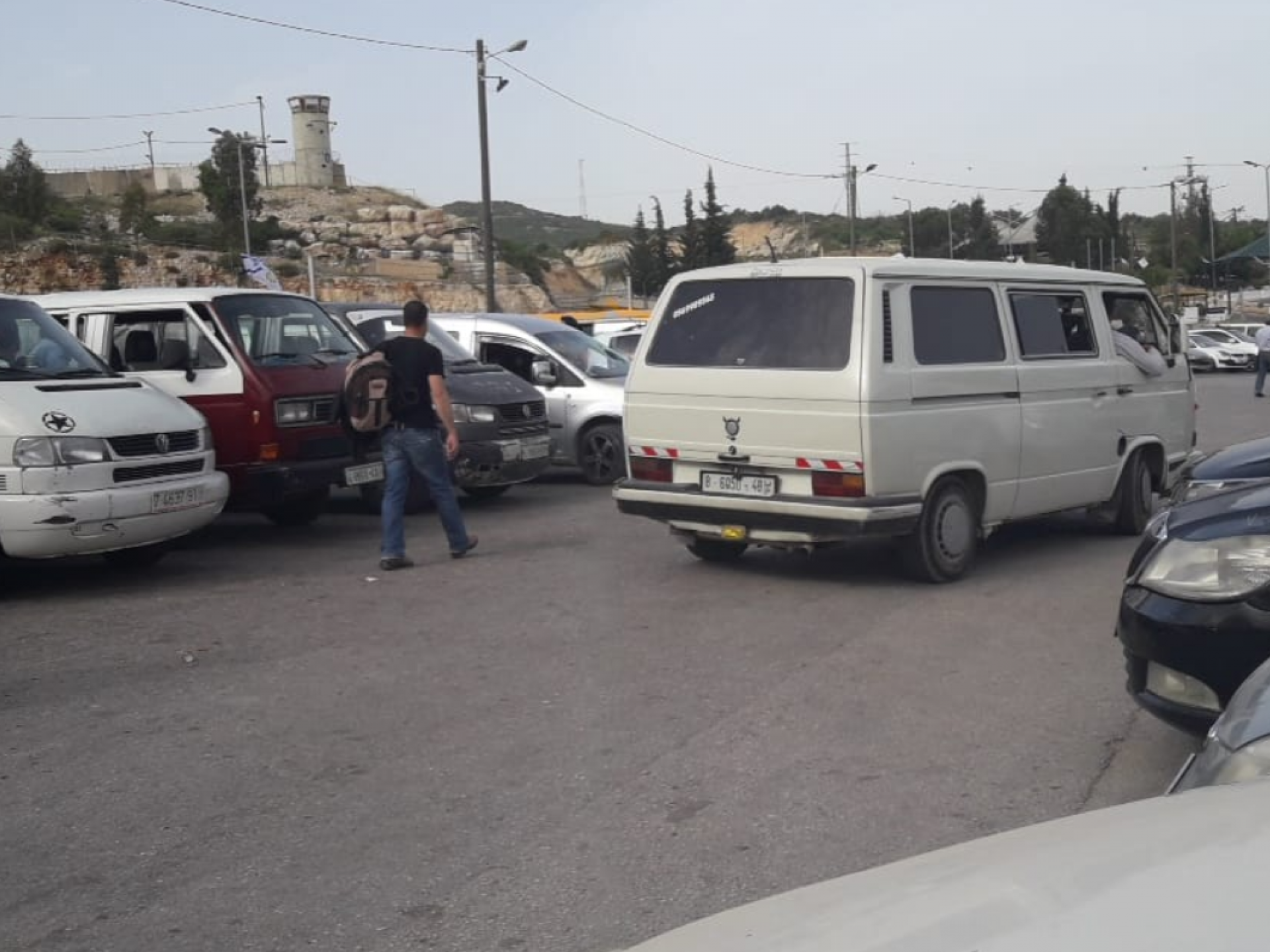 Barta`a checkpoint: a lot of cars for a change 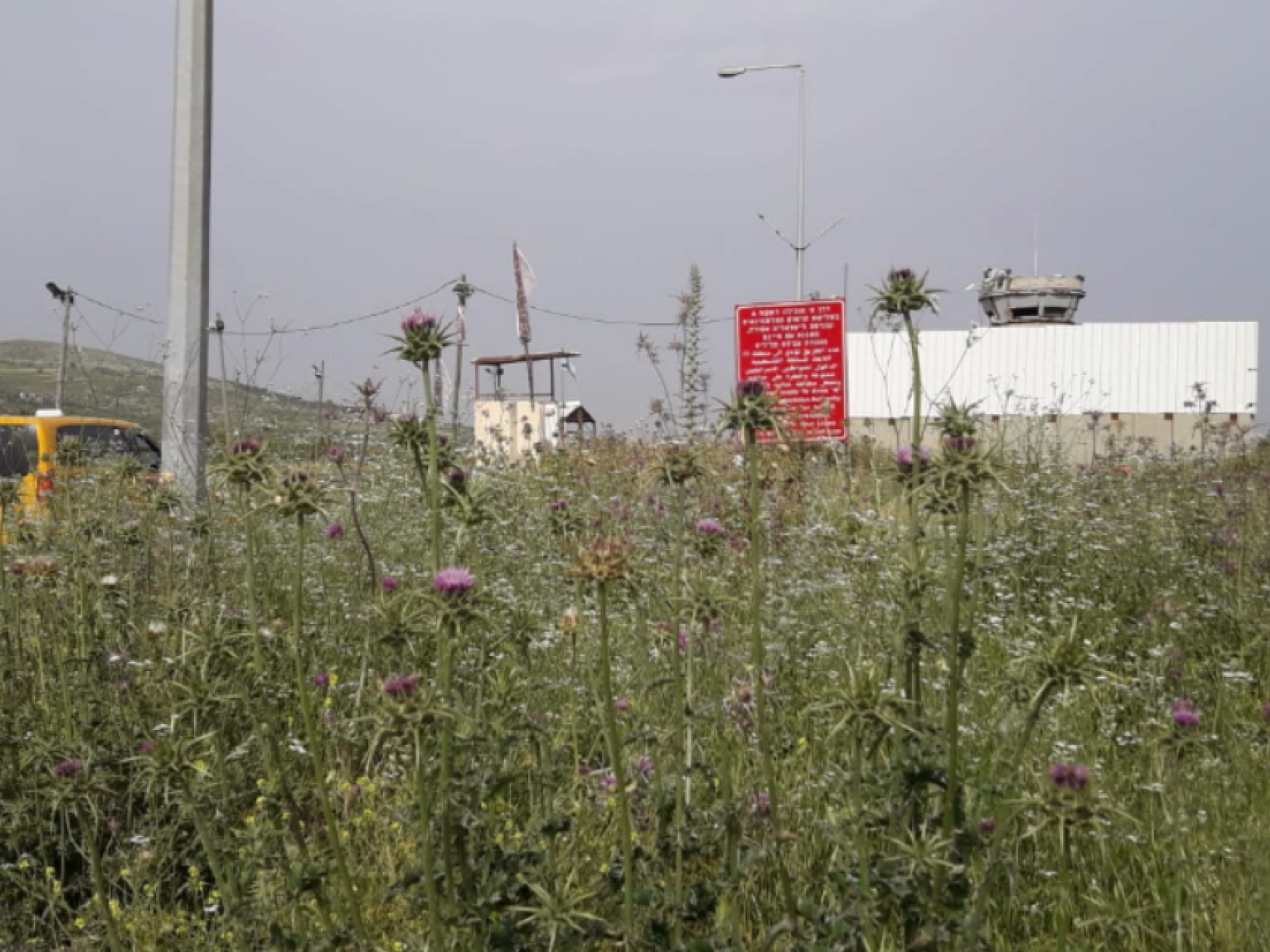 Ya`abed checkpoint: Spring flowers cover the ugliness of the occupation

The lovely spring vegetation succeeded in covering  part of the ugliness of this checkpoint.  A man and woman were waiting under the awning.  A young woman with a girl and boy crossed with bags full of home-baked pita bread, crossed to the seamline zone and waited for their father, who followed in their car.  Two women crossed to the West Bank.

We drove past Barta’a Checkpoint on our way to Yaabed – Dotan checkpoint.  After a kilometer we came to the iron bridge that was locked at both sides by the occupation, which prevents traffic to Zibda and Kaffin.  The bridge has been locked for several years, forcing drivers to take a longer route.  There is another gate behind the Palestinian village of Emricha that is also locked, preventing traffic to the town of Yaabed.

The Netzach Yehuda Battalion is still stationed here and there is a sign pointing to an in-service training area.  Traffic was flowing freely in both directions.

As usual the gate was open as it has been for several years and traffic was moving freely.  A lot of cars were driving towards Tulkarem.  A sign in Hebrew points towards Afula and Mevo Dotan, but ignores the existence of other large Palestinian communities in the area such as Jenin and Yaabed, as if they don’t exist.

On the way back to Barta’a Checkpoint we saw a mother partridge crossing the road followed by her chicks, and a driver who was not paying attention ran over the mother.  What will become of her chicks?

We had not seen the parking lot this full for a long time.  The two auxiliary parking lots along the road beneath Zibda were also full  Two trucks were waiting in the area in front of the inspection facility and a lot of people were returning from work at this time of day.  We also had not seen so many people for a long time.  The two very young coffee vendors saw us among the cars and came over, and we bought coffee from them.  A man spread a small prayer rug among the cars and prayed, and another prayed in back of the crossing facility.

16:45 – We made our way back to our car and drove after a long line of cars that had brought workers to the checkpoint and were returning to Israel.